Don Graham - How To Train An Animator 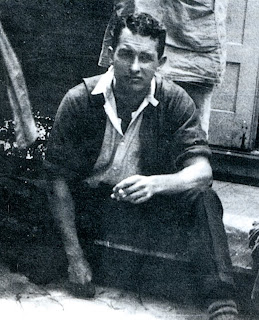 The year is 1929. It's Friday evening and the work week has ended for most people. Walt Disney, however, is personally driving a handful of his animators into downtown Los Angeles to attend classes at the Chouinard Art Institute. Walt has a fire in the belly! He's looking to push the envelope of cartoon realism, to see his animated shorts infused with a sense of believability. He wants the audience to feel, to actually care about the characters. To achieve this, he knows his animators need to rise to a new level of artistic understanding. They need training.


By 1931, Walt had hired an instructor at Chouinard to train about a dozen of his artists once a week at the institute. Don Graham was that instructor and Arthur Harold Babitzky, better known as Art Babbitt, was one of the students. These lessons continued into the next year but the location changed when Babbitt decided to hold his own classes with a live model at his home. Animators attended in greater numbers until there was standing room only. Walt soon asked Babbitt to bring the classes to the studio where they could have free use of the sound stage and art supplies. Graham was once again invited to teach and on November 15th, 1932, "The Great Disney Art School" was underway.

Don Graham, 29 at the time, had no formal schooling in animation; he was not an animator. His training was as an engineer before taking art classes himself at Chouinard. So Graham was not hired to teach animation to Walt Disney's artists. Rather, his task was to enlighten them to the techniques of figurative drawing. They studied movement, the human form, and how to create an authentic look in the "cartoon" world.

At first twenty to thirty students were attending two nights a week. But as work on Snow White kicked in, Graham was brought on the payroll full-time. Classes swelled until eventually they were meeting five nights a week with upwards to 150 students and the assistance of two additional instructors.


With the expansion of the art school came a corresponding growth in its curriculum. What began as mainly a life drawing class for under-schooled artists would eventually become a vast training program, encompassing all aspects of art and animation. Topics were as varied as possible, ranging from the physics of light to color composition to a multi-sessioned round on drapery. Even music and the psychology of humor in the cartoon were not considered too esoteric for inclusion. esoteric for inclusion.
Source: The Disney Art School by David Johnson


In addition to leading the art classes, Graham...


was sent on a country wide talent search and in 1934 was called upon to review and judge the portfolios of potential new Disney artists. In seven years he personally examined over 35,000 portfolios. Source: donaldwgraham.com 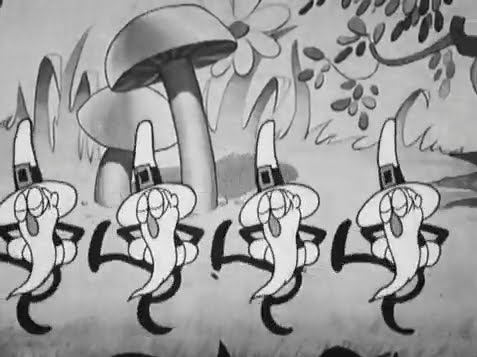 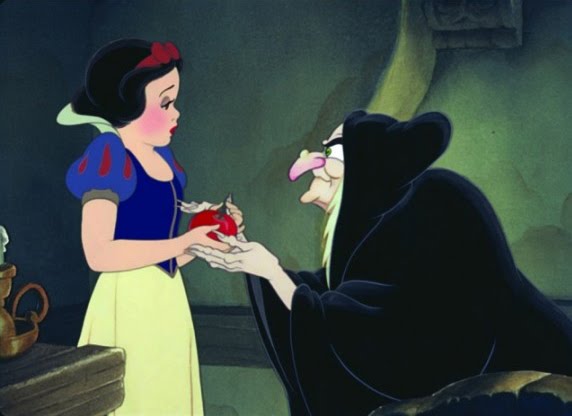 
The "Golden Age" of animation had begun. Self-taught animator would become the fine-tuned artist. Mere cartoon would become a cultivated art form.

It was just a couple of weeks ago that I learned of the 8-page memo written by Walt Disney to Don Graham. It was posted by John Frost on The Disney Blog...picked up from Letters of Note...who found it on the Michael Sporn's Animation Splog. This document, dated December 23, 1935, clearly demonstrates how Walt's mind worked, not just in the training of an animator, but in general. The intensity of thought, the attention to detail, and the ever awareness of how one has to "feel" rather than just intellectualize. Seventy five years later, the information shared is still as alive and breathing for today's young animators as it must have been for Graham.


Images of the original memorandum follow below. The transcript is also written out (for easy reading) in the previous post. 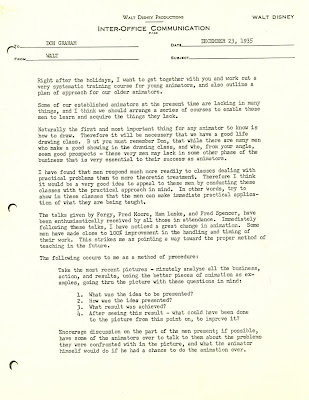 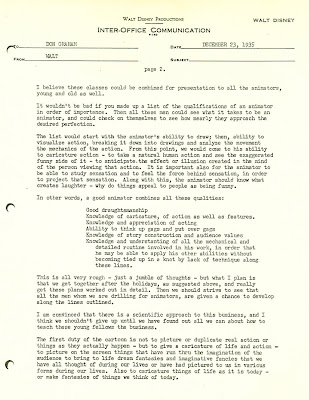 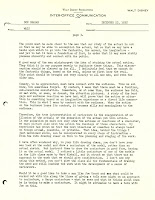 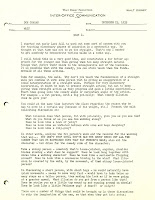 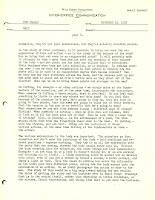 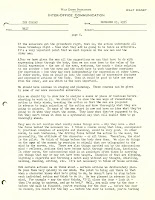 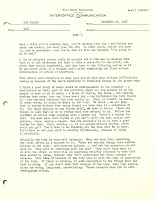 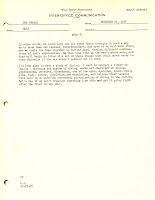 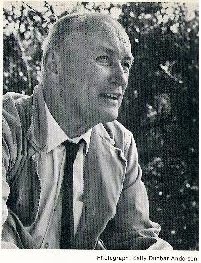 Don Graham continued to teach at the Disney Studio until 1941. His book Composing Pictures, published in 1970 (reprinted in '82), is still a treasured reference for many an artist. 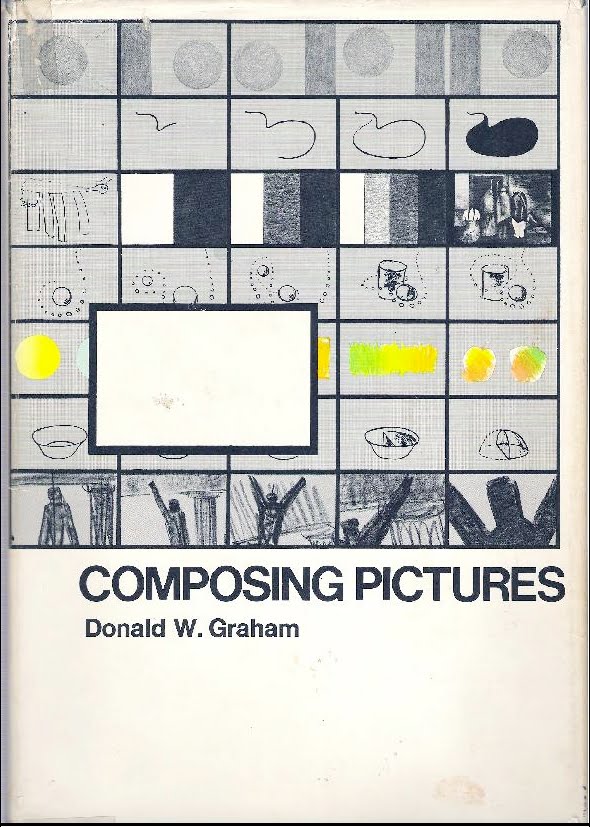 Posted by Snow White Archive at 6:21 AM