As part of the grand opening of Snow White: An Enchanting Musical, special commemorative buttons were given out to Disneyland Annual Passholders during the three special preview dates of February 23, 27, and 29th, 2004. 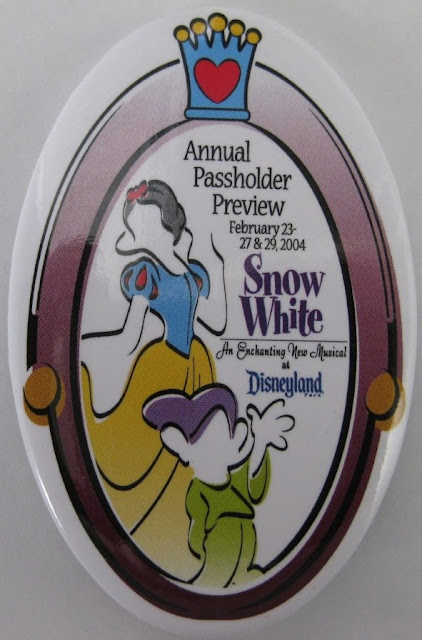 In addition, two pins were produced, one to coincide with the Annual Passholder previews and the second a cast exclusive pin released on January 28, 2004 with the Cast Member preview. 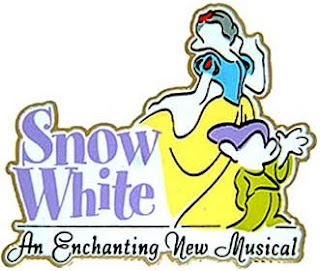 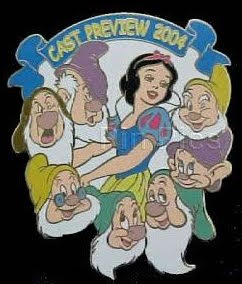 
In Part II, the Prince leaves as the Evil Queen looks on in anger. She orders the Huntsman to kill Snow White, but he's unable to go through with it. He tells the Princess to run away and sends her off into the woods. Snow White ends up at an empty forest cottage and decides to clean it in hopes that she could stay. The Seven Dwarfs arrive home and after the initial shock of finding her there, they welcome Snow White. She makes them wash up before supper. 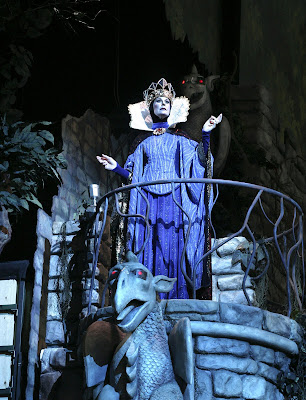 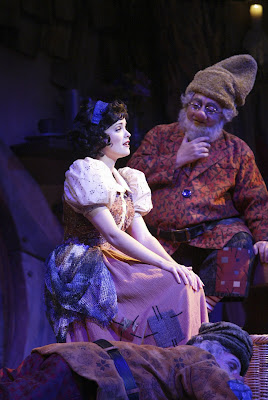 
Go back to Part I or continue onto Part III.
Posted by Snow White Archive at 6:02 AM