With great expectations, Snow White: An Enchanting Musical opened at Disneyland's Fantasyland Theater on February 23, 2004. Sets and costumes were elaborate, Patrick Stewart had been hired to record the voice of the Magic Mirror, and it looked as though hopes were high that this would be a long running performance. 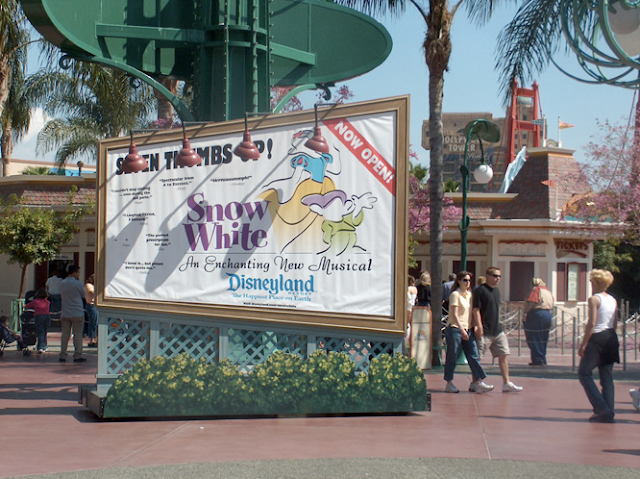 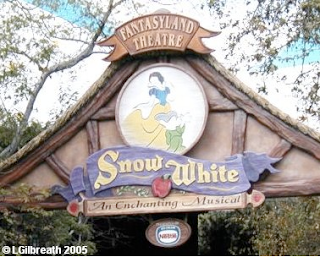 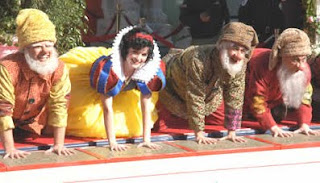 As part of the media celebration leading up to the debut of the show, the Snow White and the Seven Dwarf characters participated in a handprint ceremony in front of Grauman's Chinese Theatre in Hollywood. See more images at MousePlanet.com.


Opening night was by invitation only. Michael Eisner, the then chief executive officer of The Walt Disney Company introduced the musical to an audience of celebrity VIPs and media as well as the parents of children who partook in the premiere festivities. Although the weather forecast was gloomy and included heavy rains, the festival atmosphere was not dampened. 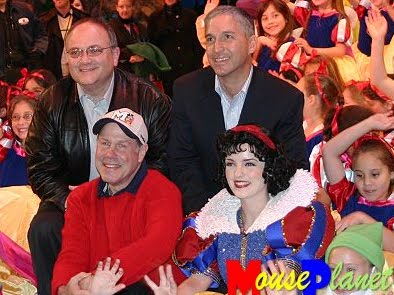 While the musical is no longer running, we can take a peek back in time thanks to youtuber filmfreak11 who has uploaded it in four segments. Here is Part I:


The Magic Mirror acts as the narrator to our story of Snow White. The seven dwarfs pass by as the Evil Queen looks over Snow White and her animal friends. A handsome prince overhears Snow White's song and sings to her. Source: filmfreak11 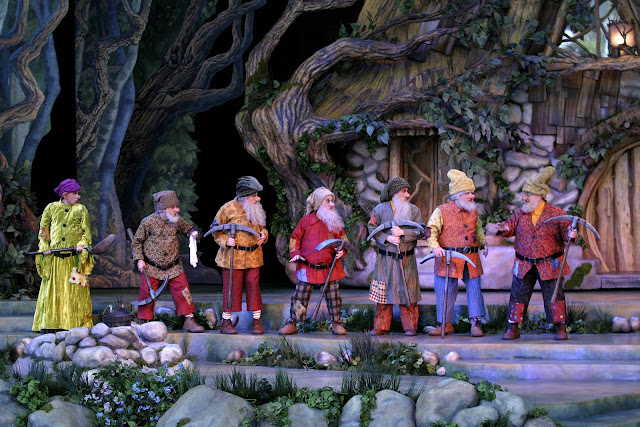 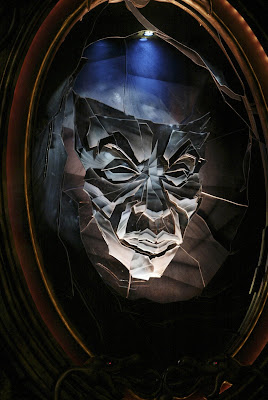 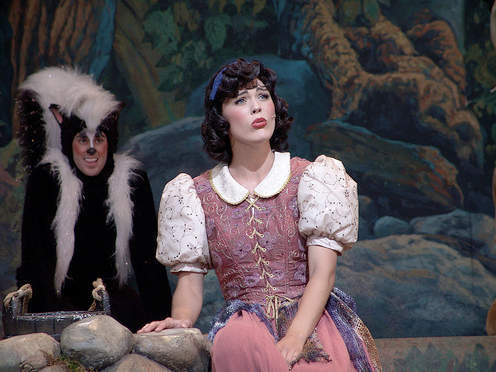 Additional image via JayPeeBee.Used with permission.

Continued in next post.
Posted by Snow White Archive at 6:31 AM