Beginning with Cinderella in 1950, Edizioni Curci became the publisher of Disney songbooks in Italy, and they remained so until 1975. This Snow White songbook dates from 1961, but it continued to be reprinted up until 1992. Today all the Disney songs are published in Italy by Cafè Concerto Editions. 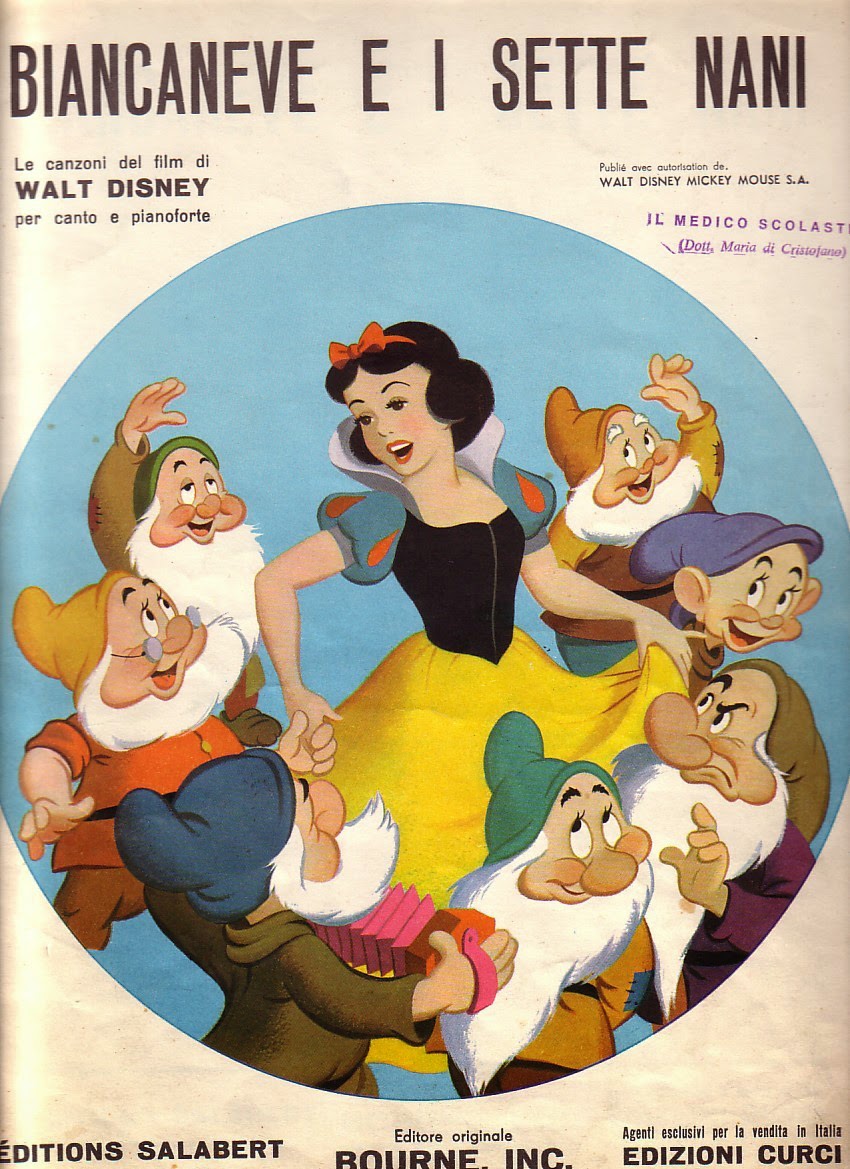 Image and information courtesy of the Nunziante Valoroso Collection.


Starting in 1962, the Curci label--Carosello Records--also distributed the Italian Disneyland series of record albums.
Posted by Snow White Archive at 12:01 AM