Artist Carl Barks was best known for his work on the Donald Duck comics. However when he started his Disney career in 1935, the Studio was in full swing on the production of Snow White and the Seven Dwarfs. It's well known that Walt Disney offered extra money ($1 to $5 bonuses) to any staff who came up with good gags to be used in the film. Carl had a couple.

These original drawings are his gag suggestions which he submitted. Graphite and colored pencil, four panels per page, with numerous production notes in the margins. Each panel measures approximately 4" x 5"; on 10" x 12" animation paper. 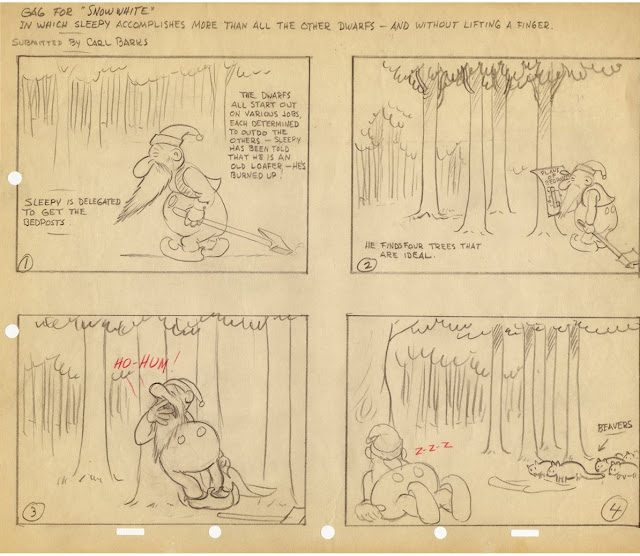 This next gag takes place over three pages. 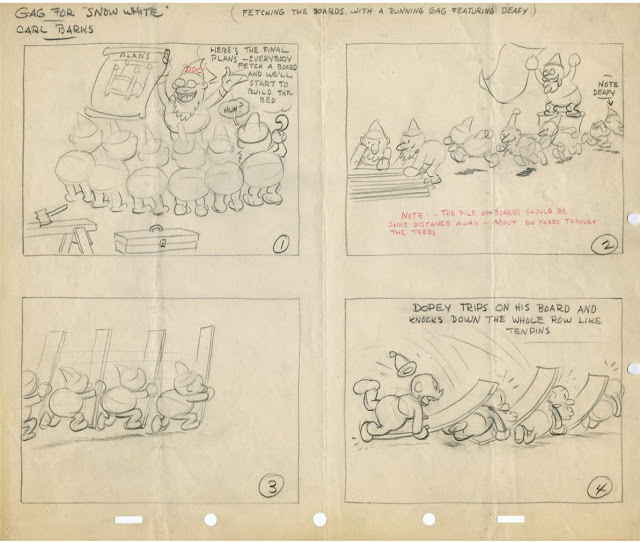 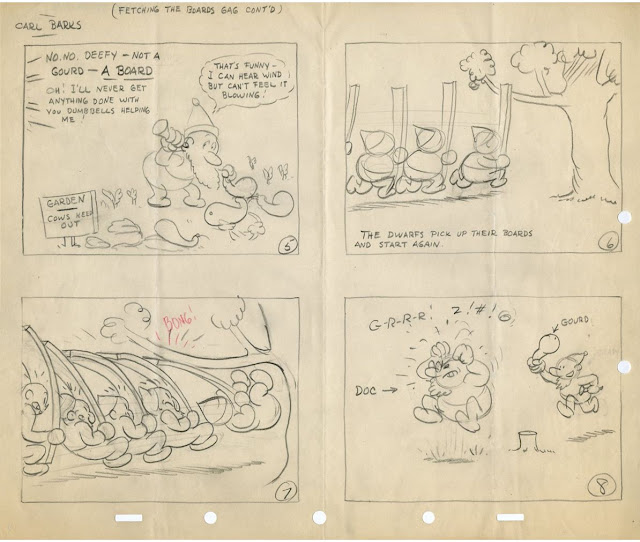 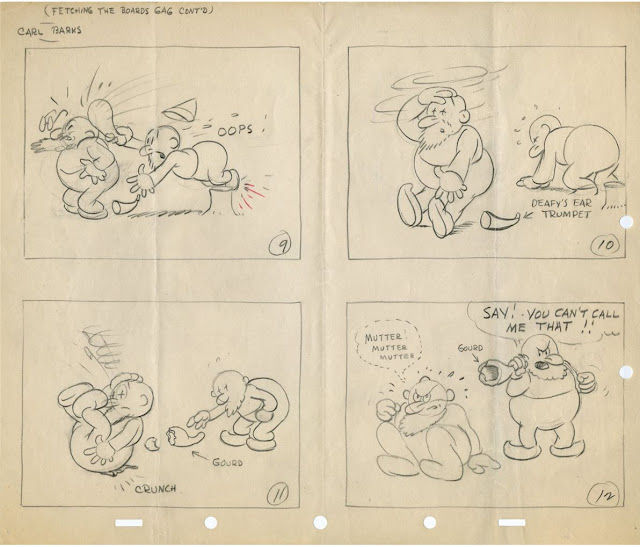 Gag images via Profiles in History.


An article on Carl appeared in the 1992 periodical, Comics Scene Yearbook, and it featured a painting by him of a a toy room scene. The focus was on the ducks, of course, but Snow White makes an appearance too. 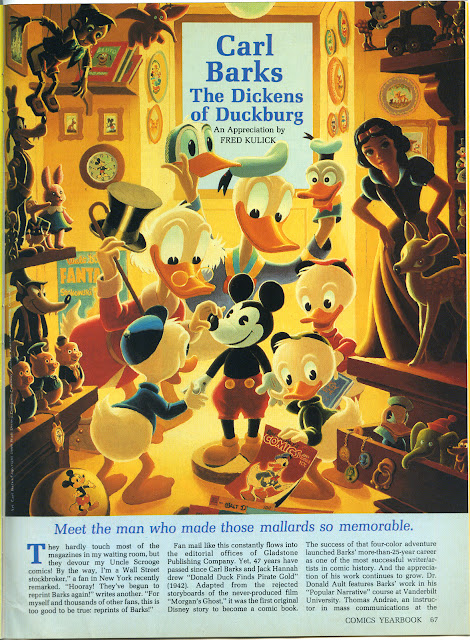 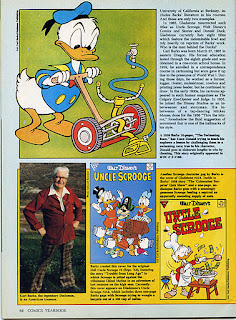 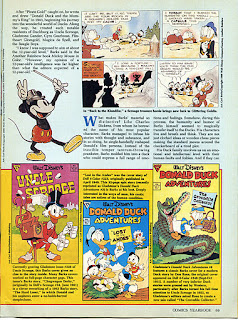 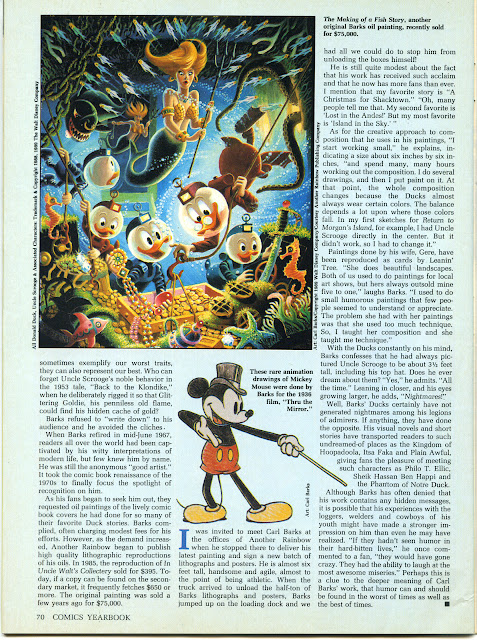