In the June 7, 2015 edition of Parade (the American nationwide Sunday newspaper magazine), an interview with William Shatner appeared in the column, "Walter Scott's Personality Parade". As you would expect, a couple of the questions were related to Star Trek. However, Snow White got a mention too!

Question: What entertainment resonated with you at a young age?

Answer: My earliest memory of something on screen was Snow White and the Seven Dwarfs, the Disney film. I remember the movie was over and my dad was taking me out, and I was holding on to an armrest. I wanted to see it again. 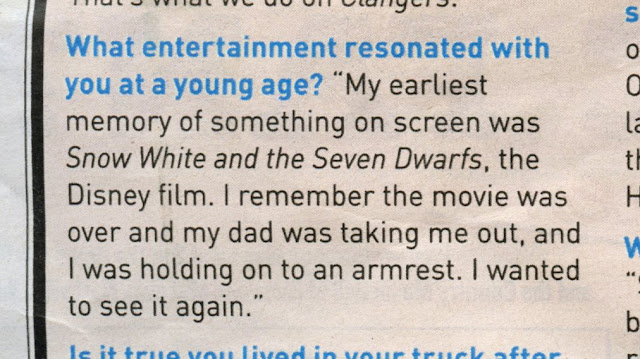 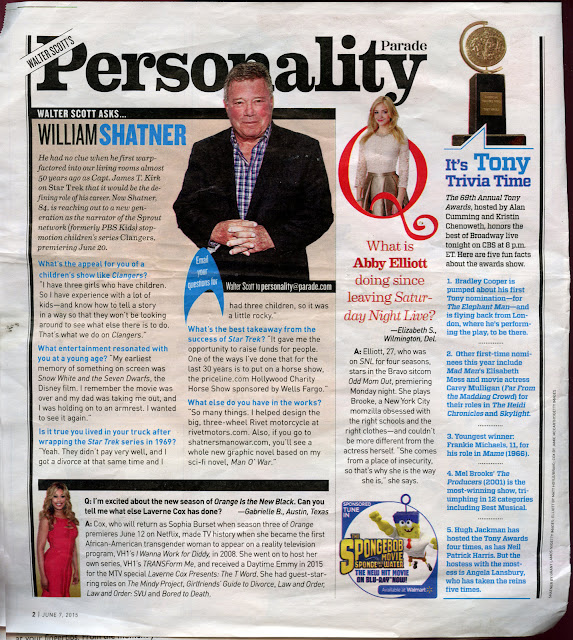 
Special thanks to Colin Cameron for sharing this with the Filmic Light.
Posted by Snow White Archive at 12:01 AM