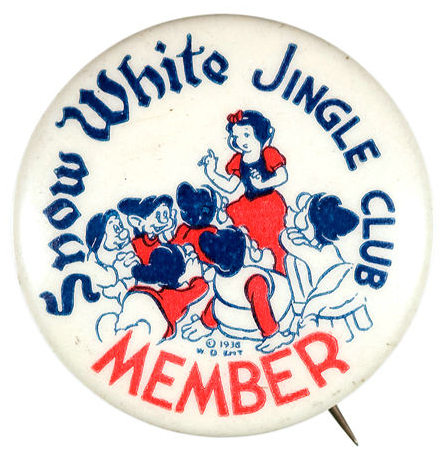 The reverse side has a backpaper illustration of Mickey Mouse extending a friendly hand. Imprinted with "Walt Disney Enterprises - Kay Kamen Ltd." Kay Kamen is noted as Disney's "sole representative" during this period. 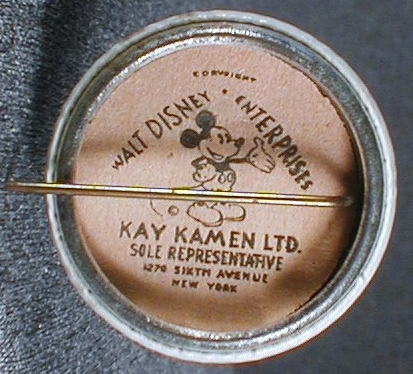 A second, less common button was also issued. Same size, no illustration. Manufactured by Western Badge Company as indicated on the backpaper.

For the collector, it's important to be aware that a near-identical reproduction of the first button has also been released into the market. Same dimensions and illustration, except the lines appear fatter with a loss of detail. Some areas are filled in completely, as seen in the dwarf on the right. Note his nose and fingers. The copyright imprint also reads, "© 1938 W. Disney" instead of "W.D. Ent". Plus on the reverse side, there is no backpaper. 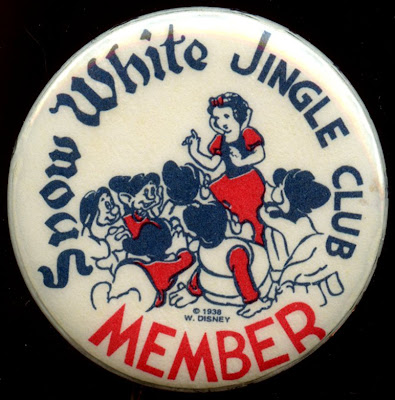 Comparison of original button and the reproduction. 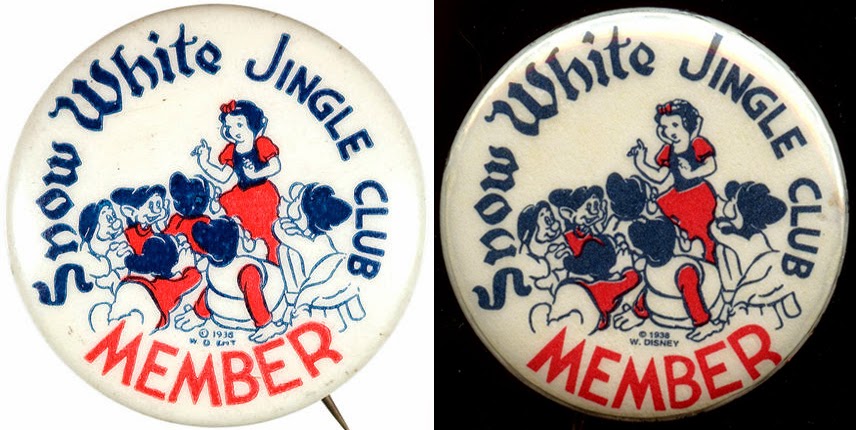 Image via Hake's Americana and Collectibles and Irish Stew Antiques,
Posted by Snow White Archive at 12:01 AM