A complete set of Snow White composition displays is currently up for auction at Hakes (Auction #215; Item 1867). They're copyrighted 1938 by Old King Cole Inc., the premiere manufacturer of Disney store displays in the day. The collection includes Snow and the dwarfs plus two fiberboard-backed painted cottages.

Each of the figures is two-dimensional with the original wood framework and Old King Cole label attached on the back. Intended for store windows or wall display, small braces could be easily added for floor display as well. The character name for each is recessed into design. Snow White measures 39.625" tall x 13.5" wide. The dwarfs are approximately 24" x 20.5". 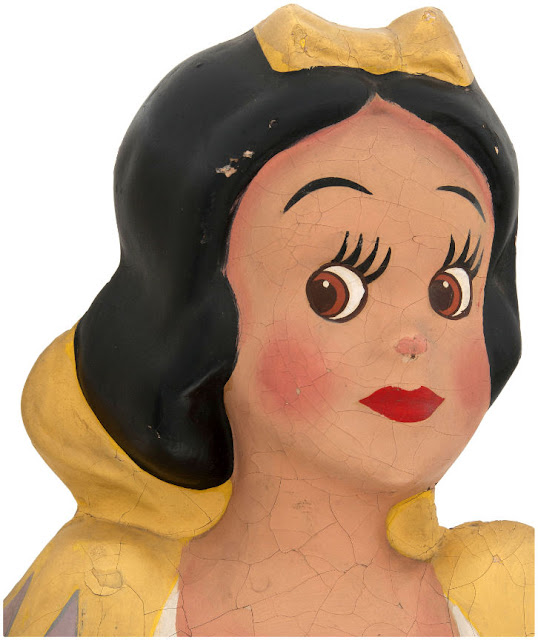 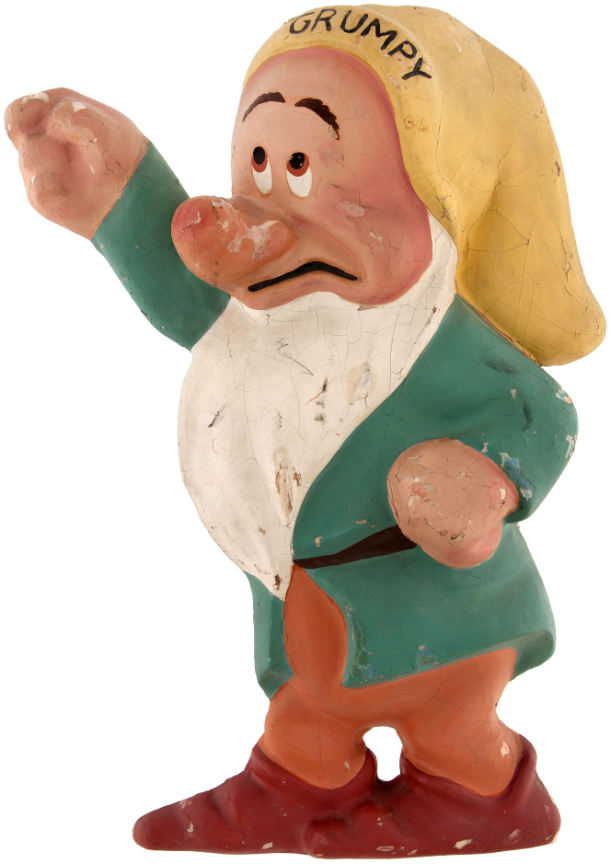 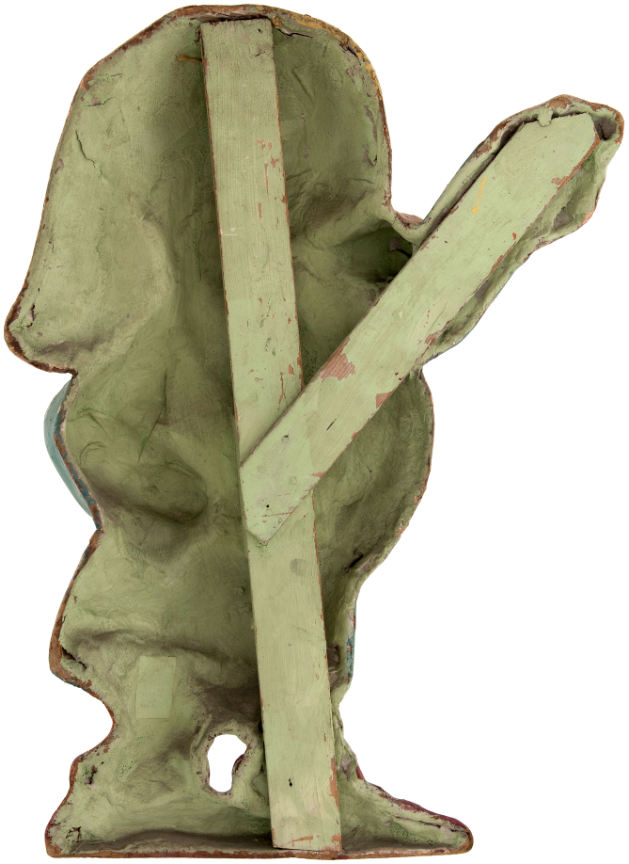 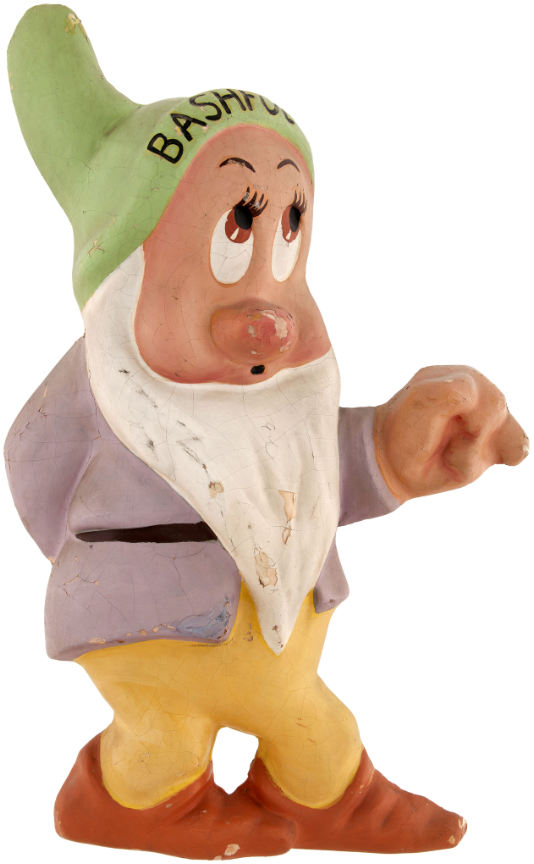 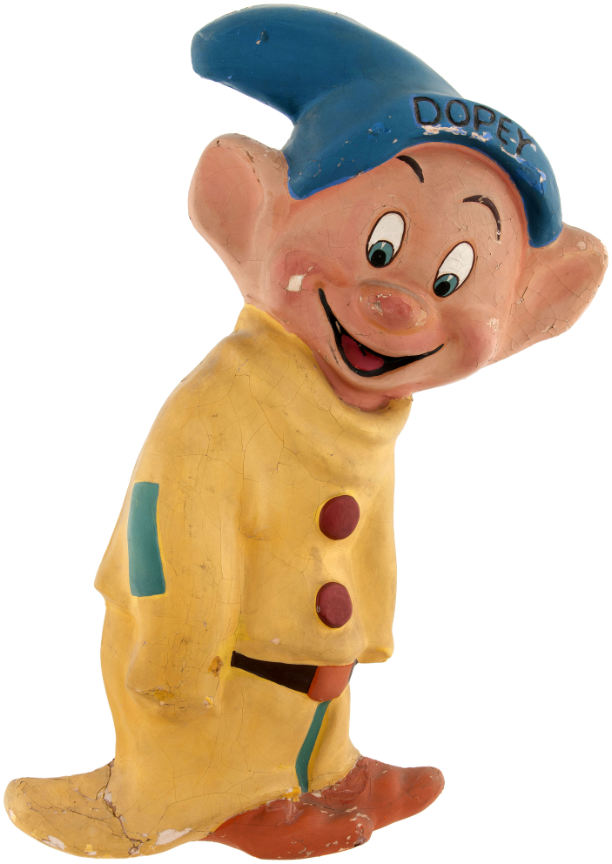 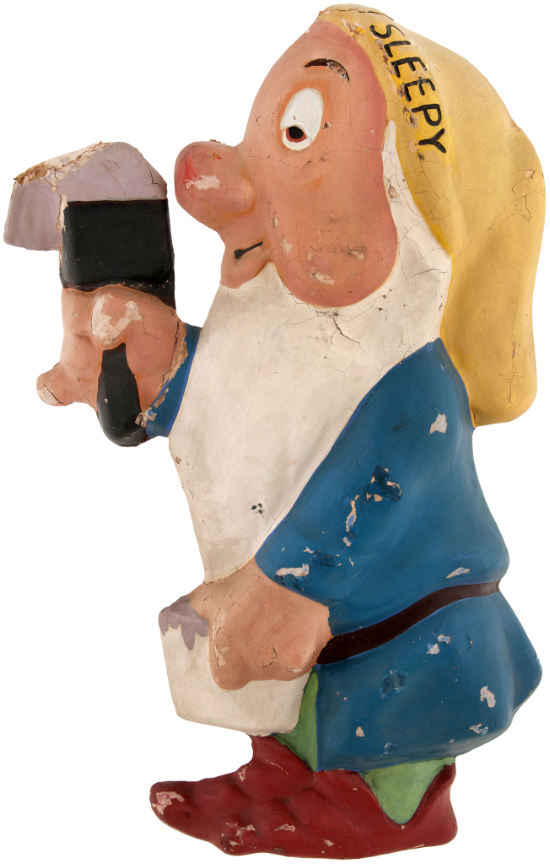 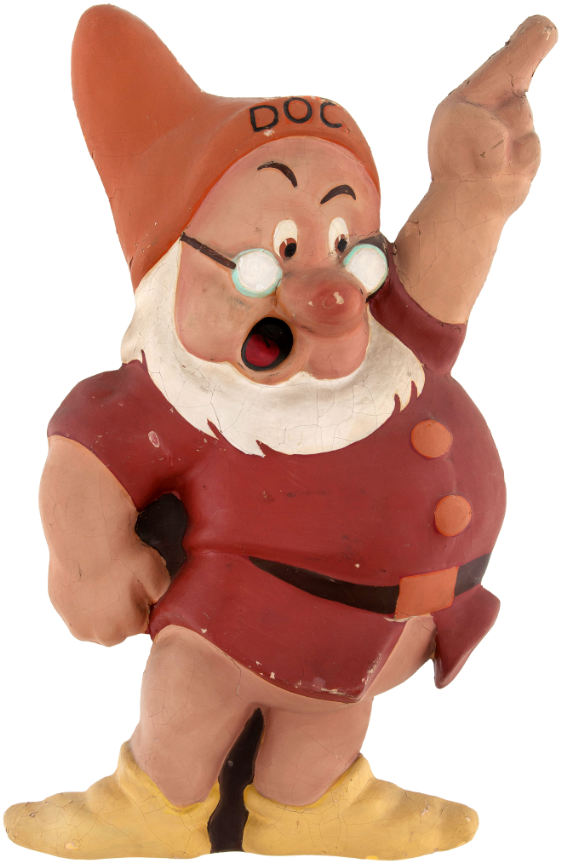 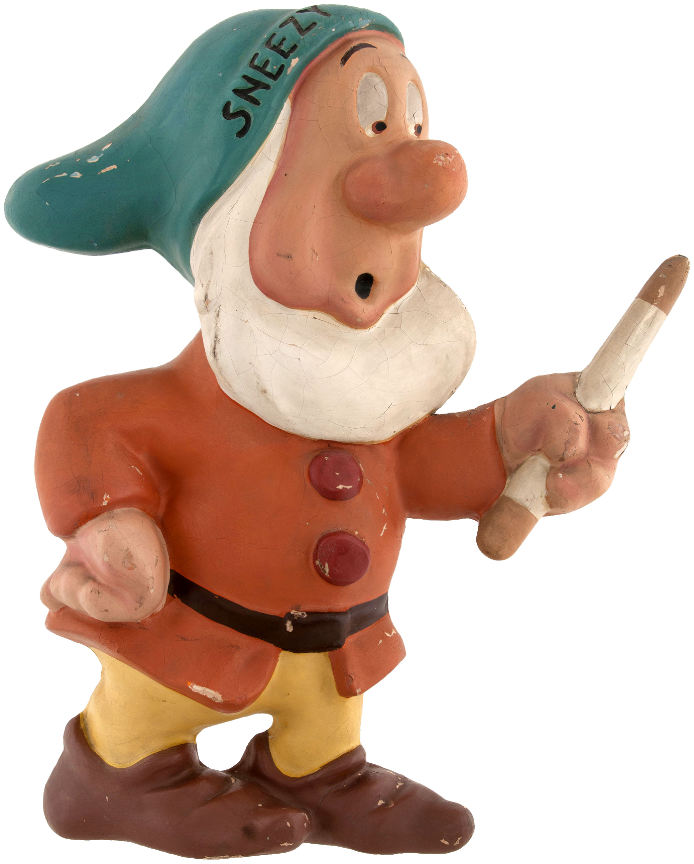 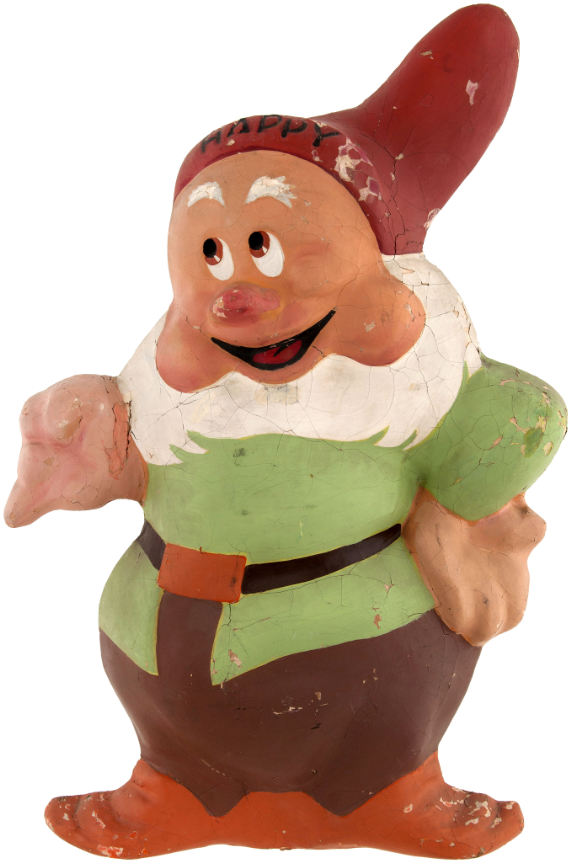 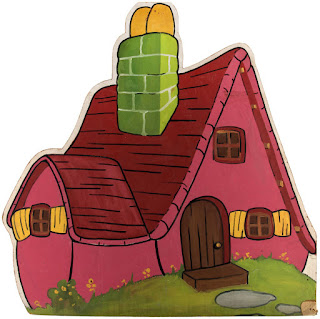 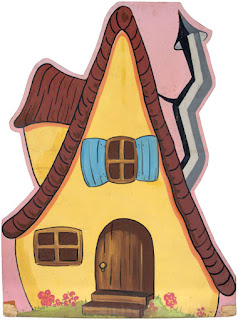 
Disney Old King Cole displays are among the most sought after Disneyana of any era. According to Hakes, this is the only complete Snow White set in this style known to exist. There is another display set, but it features totally different designs for the characters.

Pictured in the 1987 Brian Sibley and Richard Hollis Snow White book: The Making of a Classic Film, p.73, these Old King Cole figures are shown in a 1938 theatre display. Note also the papier mâché head on top. 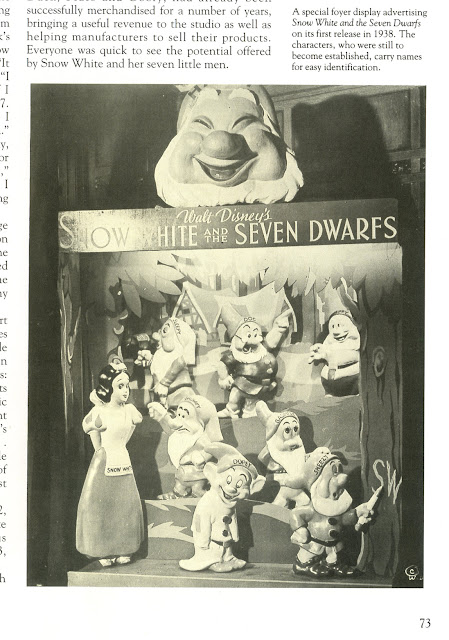 
The figures were also on display, along with the papier mâché heads, in the courtyard of the Cathay Circle Theatre during the 1937 world premiere. (See earlier Archive entry for more pics.) 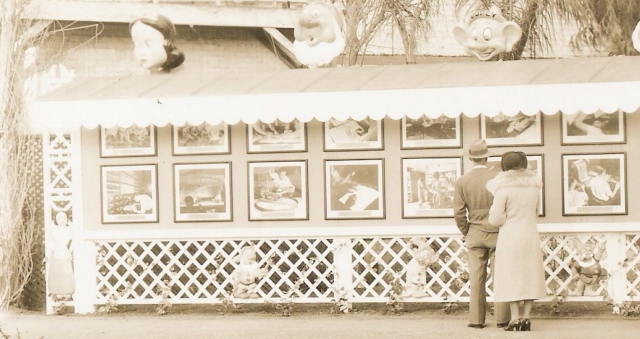 
Special thanks to William Stillman for his generous assistance with this post.
Posted by Snow White Archive at 12:01 AM