Artist Gene Ware was an independent contractor for the Walt Disney Company from 1977 up until he passed away in 1995. His work with Mickey Mouse, Donald Duck, and other characters appeared in comics, magazines, and storybooks, as well as on innumerable merchandise items including Disney toy and food packaging.

He also did a few Snow White pieces which came up for sale at Heritage's 2013 Animation Art Signature Auction in NYC. This first one is an original watercolor painting for a Disney children's book, circa 1980s. Features Snow with Bashful, Dopey, and Grumpy. Signed by the artist. Image area 12" x 18". 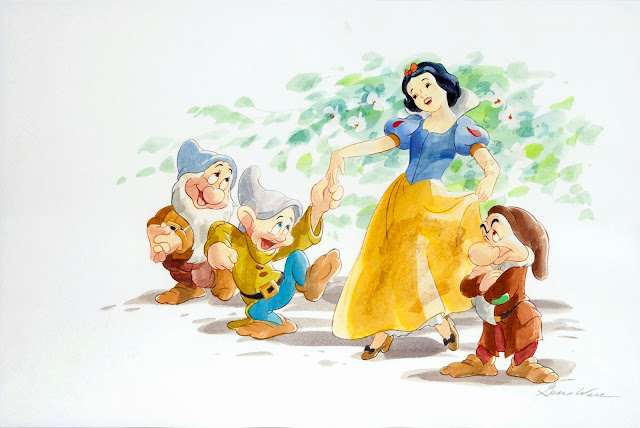 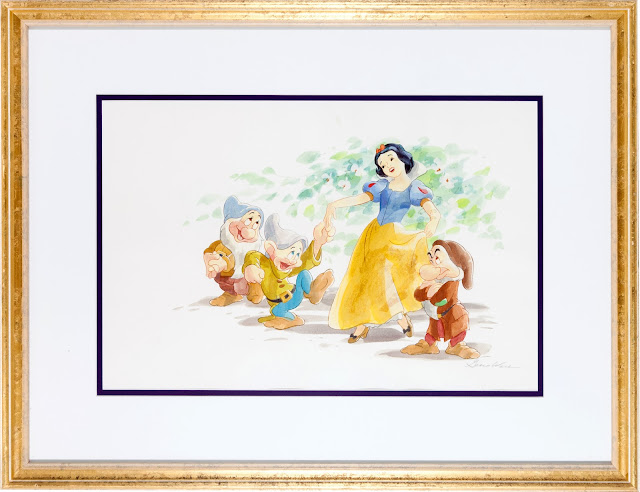 Below is a preliminary sketch of Grumpy, nearly identical to the pose in the above illustration. Graphite on onion skin, approximately 5.5" x 8.25". Created for a Disney consumer products clothing design. 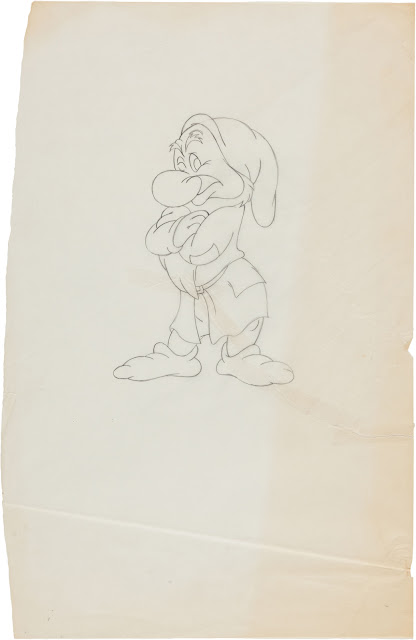 An acrylic painting for a children's book from 1987, published in conjunction with the 50th anniversary of the movie. Framed image size 12" x 12". 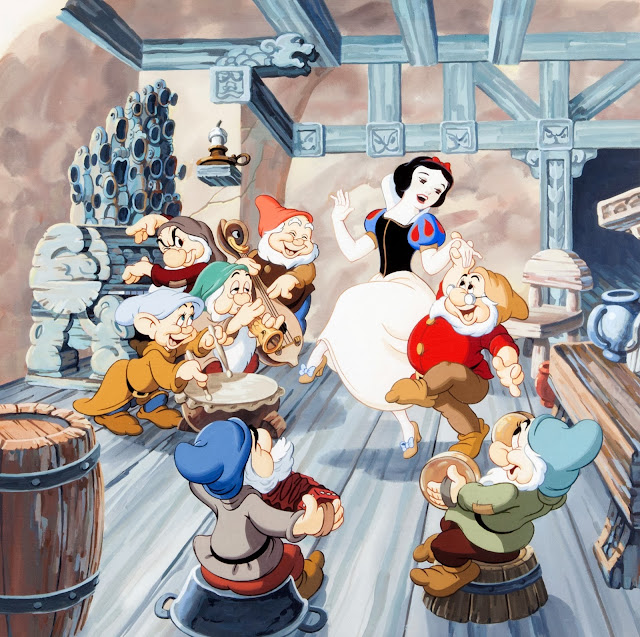 Images and additional info via Heritage Auctions.
Posted by Snow White Archive at 12:01 AM