A large Snow White Jingle Club banner from 1938, designed for display at grocery stores. Screen printed on cloth. Measures 58.5" x 35.5". It was part of a bread promotion that included a booklet and pin-back buttons. 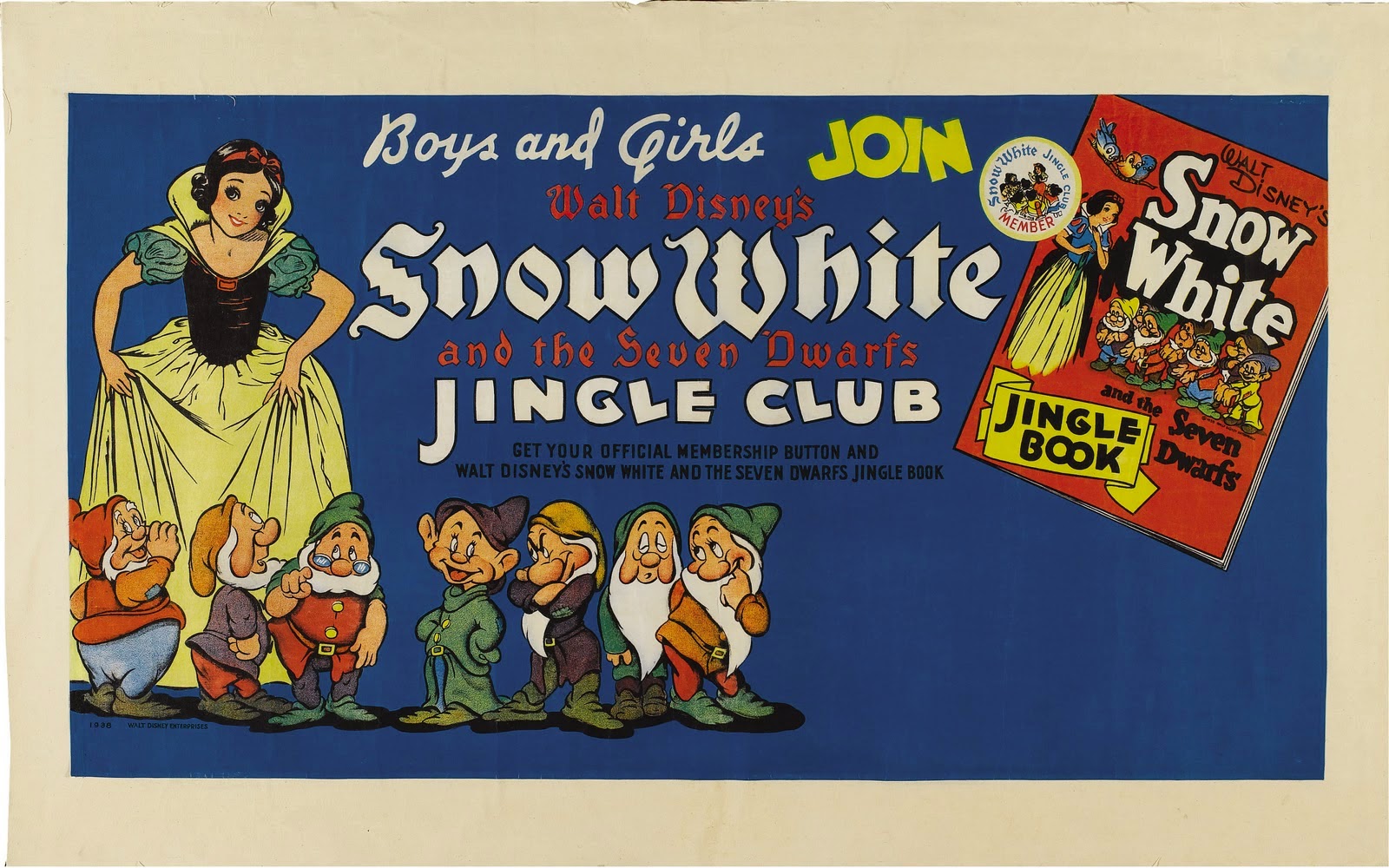 
In the early 1990s, six of these banners were discovered in a distribution warehouse in Ohio--quite possibly never having ever been used in stores. See a similar banner (sans text and book graphics) in an earlier Archive entry.


On June 6, 2013, the Antique Roadshow did an appraisal on the same style of banner except that it also included the text "Snow White Bread" in the lower right corner. 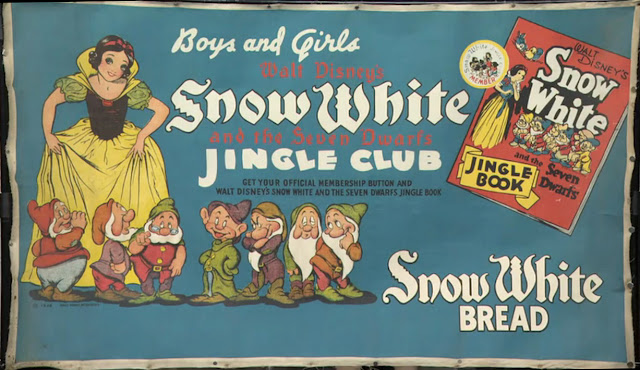 Screen capture via the Antique Roadshow.

You can watch the segment on the Antique Roadshow site.
Posted by Snow White Archive at 12:01 AM