Artist Kent Melton was working on live-action film projects in California when in the early 1990s he landed the job of sculpting all the character maquettes for Disney's Aladdin. His artistic reputation soon grew within the company and when in 1992 the first porcelain pieces began to appear in the Walt Disney Classic Collection, he was a natural recruit. To date, Kent has sculptured more than half of all the WDCC figurines produced. 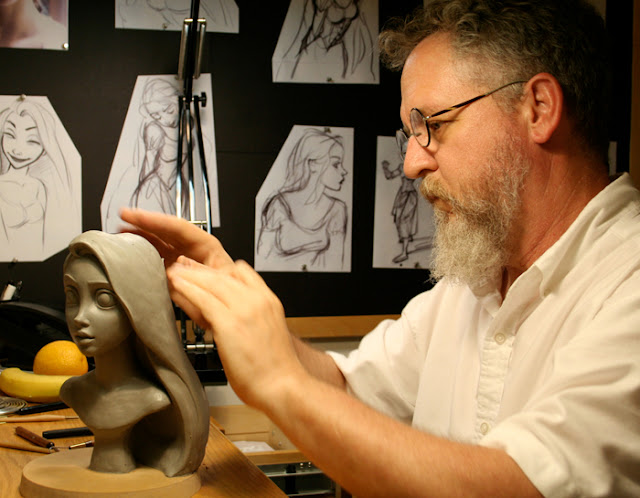 When it comes to pairing Snow White and Prince sculpts together, Kent has been the go-to guy. The first was A Kiss Brings Love Anew, a numbered limited edition of 1650. It was released at the 1998 Disneyana Convention held September 7th-11th at WDW's Contemporary Resort.

The piece measures 11" x 10" and is 9 1/4" tall. The flowers at the base of the bier and around the pillow are handmade. The backstamp had a special 1998 Disneyana logo with an image of Walt Disney. A Certificate of Authenticity came in the box as well as a Disneyana Convention Certificate of Verification. Retail price was $750 (USD). 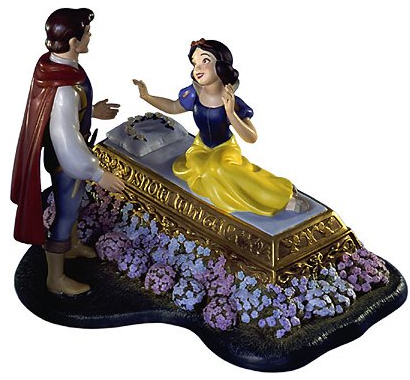 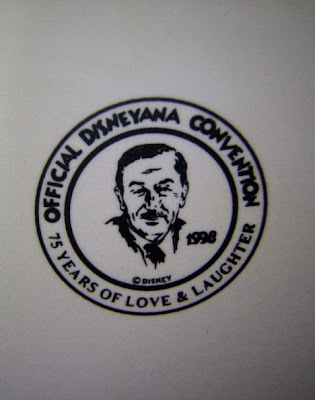 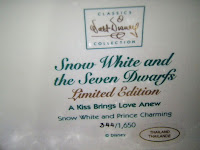 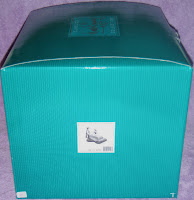 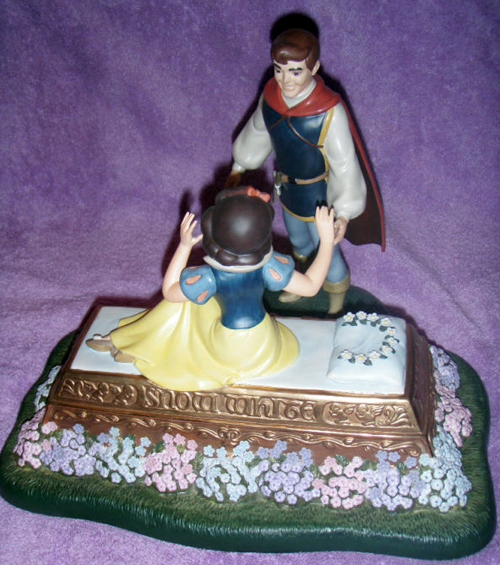 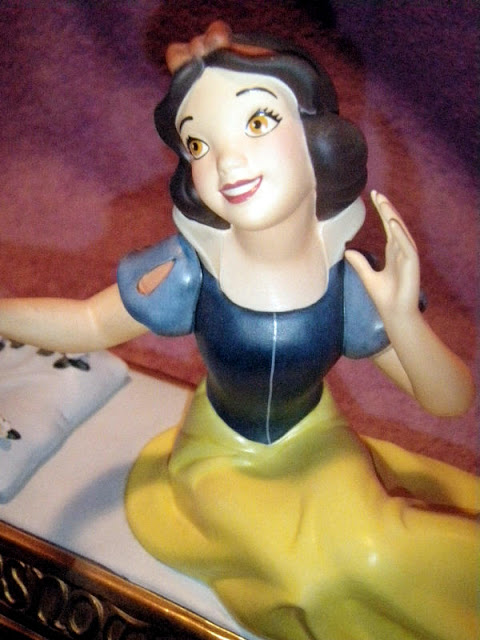 Introduced in March 1999, I'm Wishing for the One I Love featured the scene where the Prince and Snow White meet. This was the first time two WDCC characters had been sculpted separately but sold together as a set. 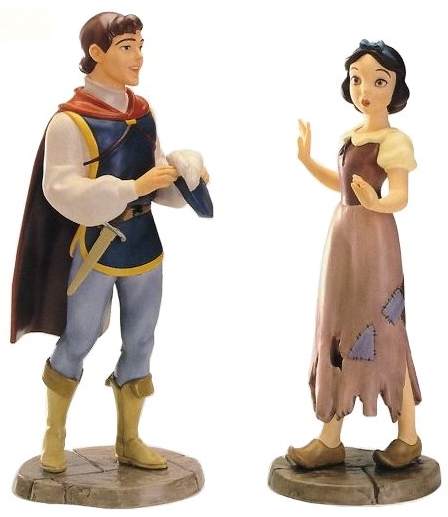 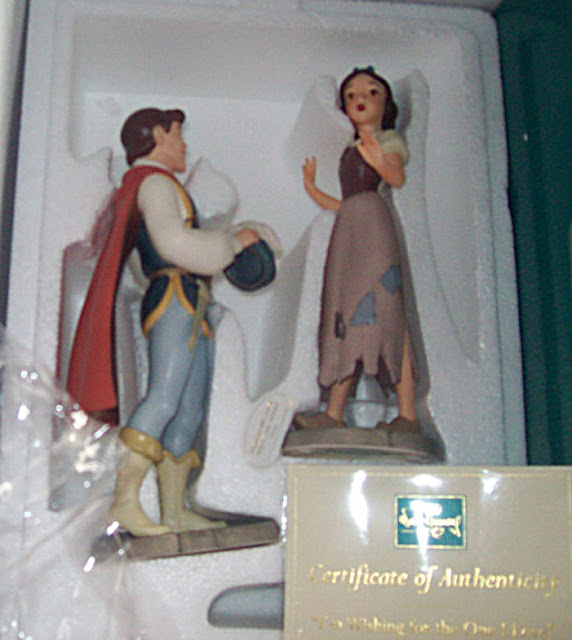 This set featured the two figurines of Snow White on horseback, And Away To His Castle We'll Go, and the Prince standing by her side, To Be Happy Forever, I Know. Again bundled and sold together, the open edition pair was released in July 2003. 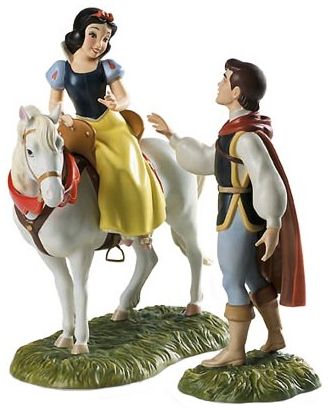 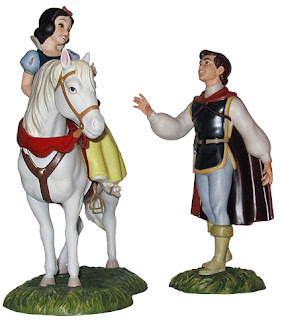 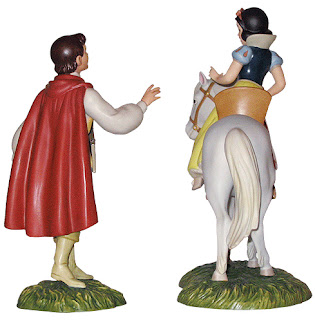 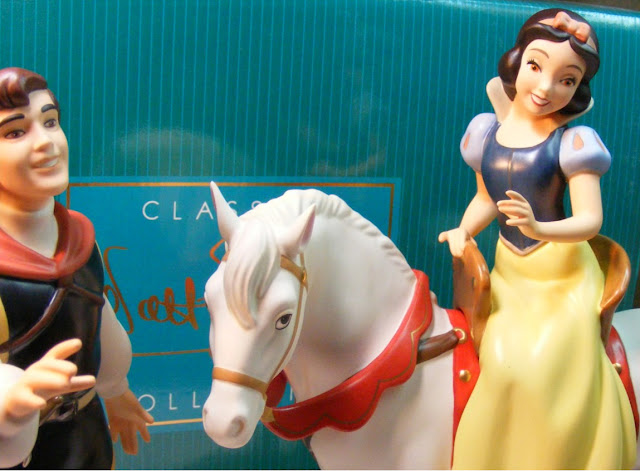 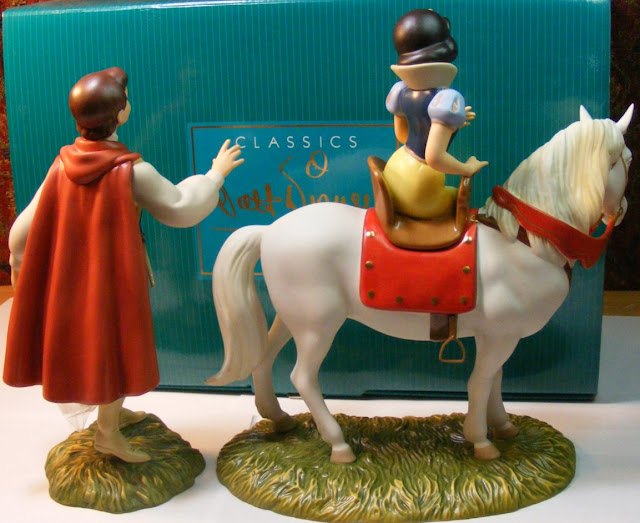 Released March 2006, A Dance Among the Stars featured Snow White and the Prince from the dream wedding sequence that never made it into the film. Measures 8 5/8" tall. This open edition was retired December 2009. Retail price $295 (USD). 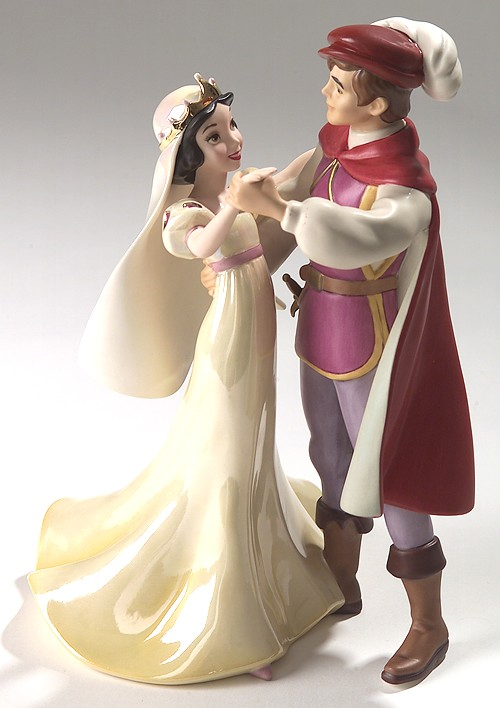 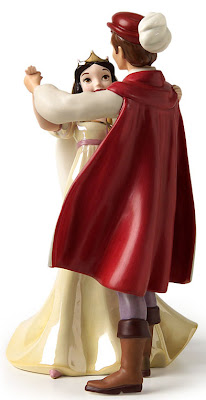 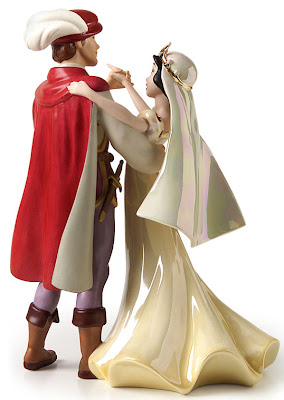 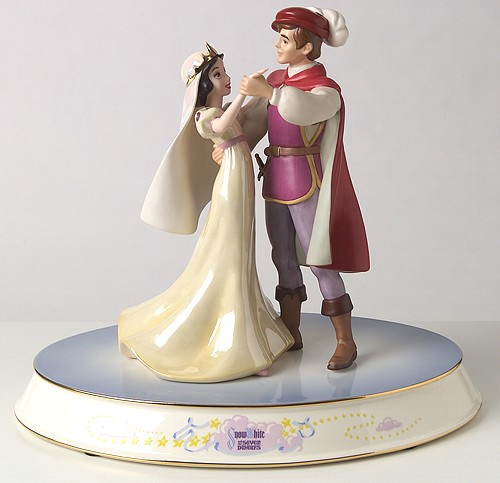