Sketches Magazine was the official periodical of the Walt Disney Collectors Society. It featured a variety of articles on or relating to the WDCC figurines and the artist who created them. Members received 4 installments a year.

The first issue for 2006 spotlighted Kent Melton's Snow White and Prince sculpt, A Dance Among the Stars. 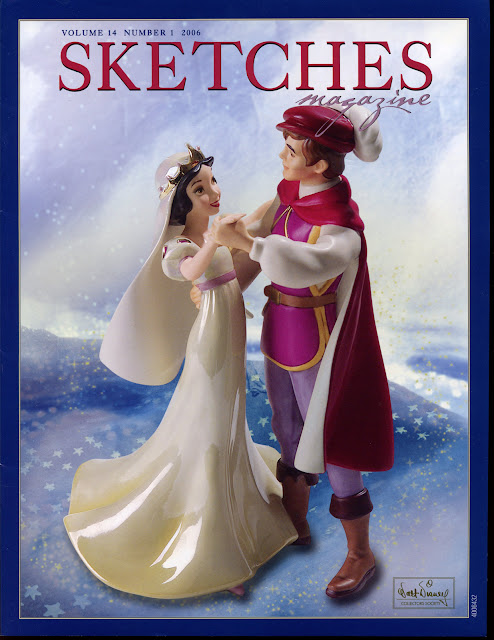 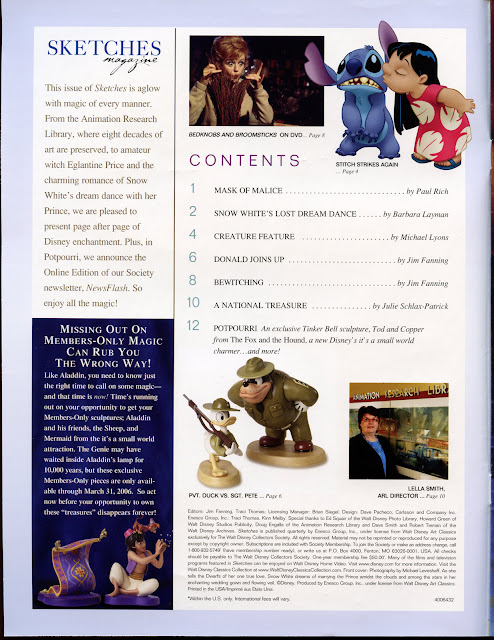 
The excellent feature article tells from where the inspiration arose for Melton's figurine. The dancing couple in their wedding garb is taken from the abandoned "Dance in the Clouds" sequence. This scene of Snow White and the Prince up amongst the stars was one that Walt Disney showed quite a bit of enthusiasm for. Unfortunately, it was set during the "Some Day My Prince Will Come" song, and Walt felt it just wasn't essential to moving the story along. 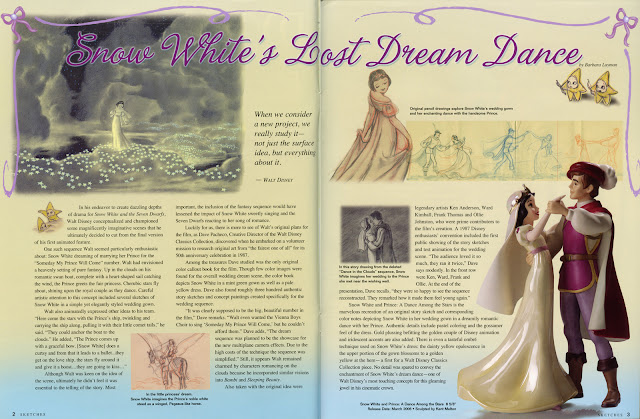 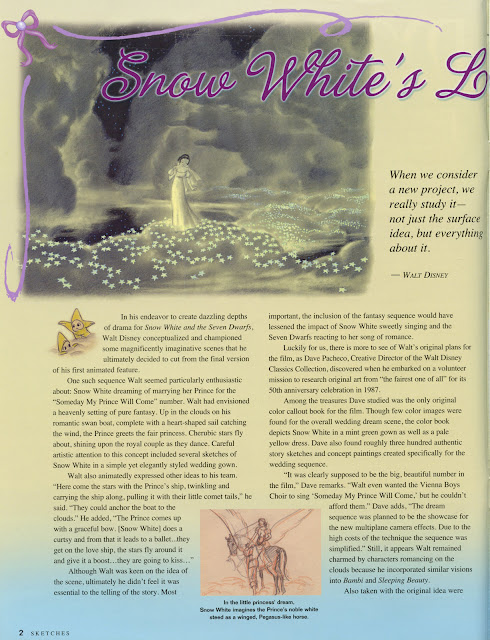 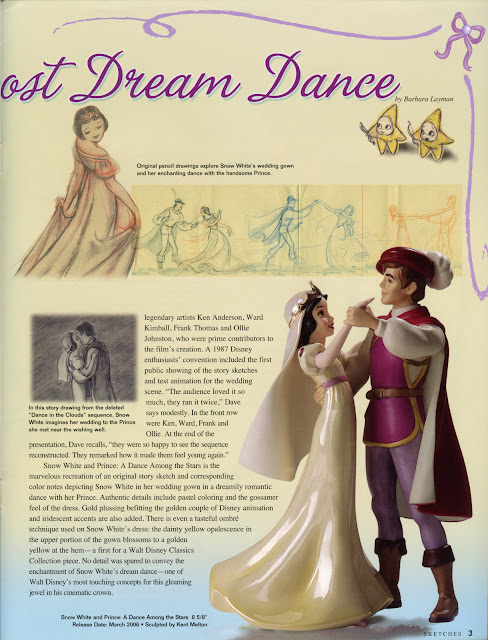 Another interesting article highlights the Walt Disney Feature Animation Research Library and how it's played an integral part in the development of the individual WDCC figures...including the one above. 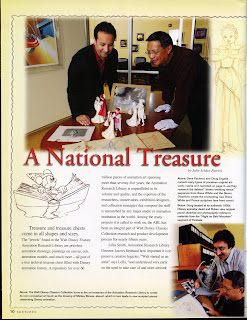 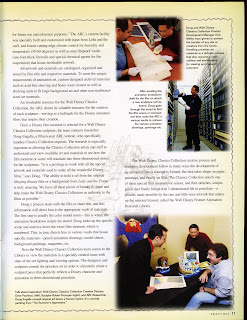 Also accompanying the Sketches Magazine was the WDCC 2006 Winter Catalog supplement with all the latest figurines. Again Snow and the Prince made the cover photo. 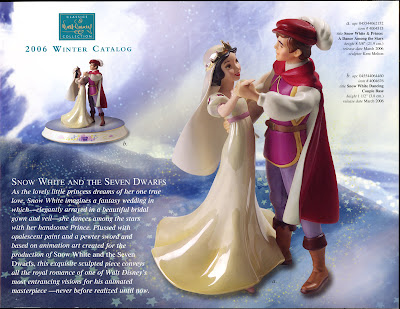 
Special thanks to Sandie of savvy for supplying the free copy of the magazine for this post.
Posted by Snow White Archive at 12:01 AM