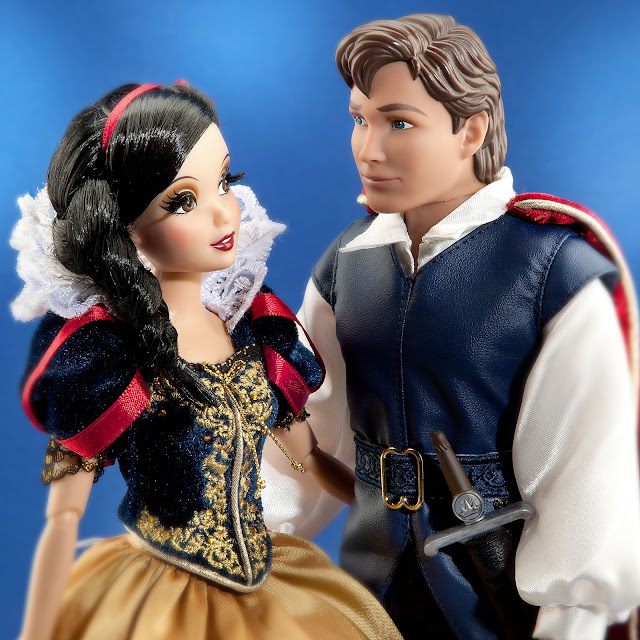 Snow White and the Prince were the first of five royal doll couples to be released as part of the 2013 Disney Fairytale Designer Collection. They appeared at the Disney Store on August 20th and the following day online. The remaining dolls in the series will be issued every other Tuesday through October 15th. Edition size is 6,000 (worldwide). 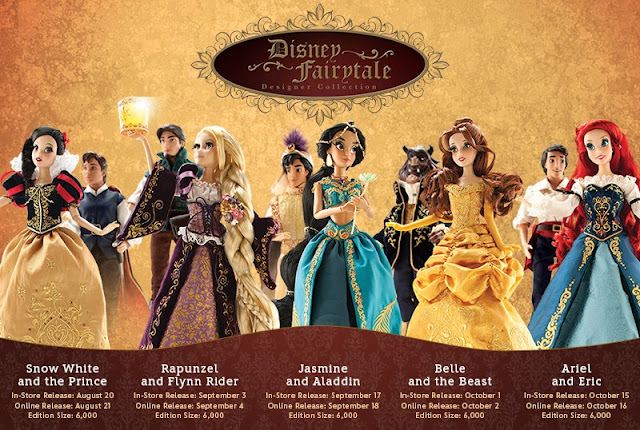 Back on August 12th, a pre-order listing for the entire collection of dolls was posted online at the Disney Store. Retail $649.75. This offer sold out in just 9 minutes! 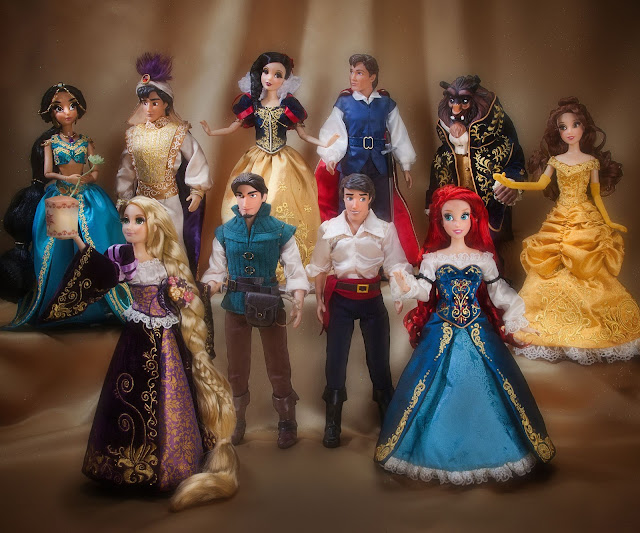 
The Snow White and the Prince Doll Set, from the Disney Store description: 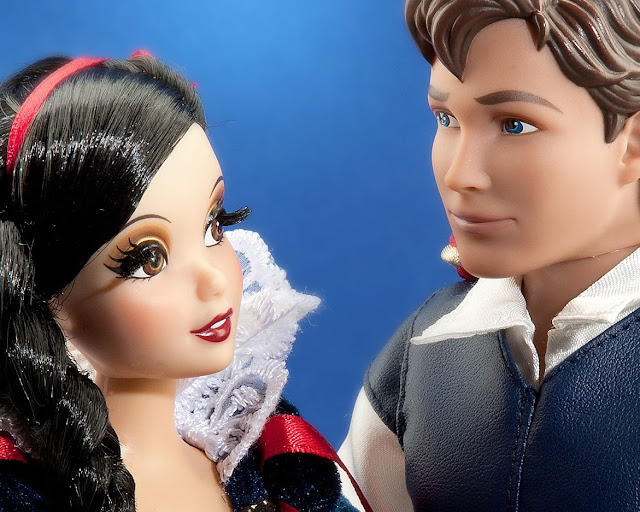 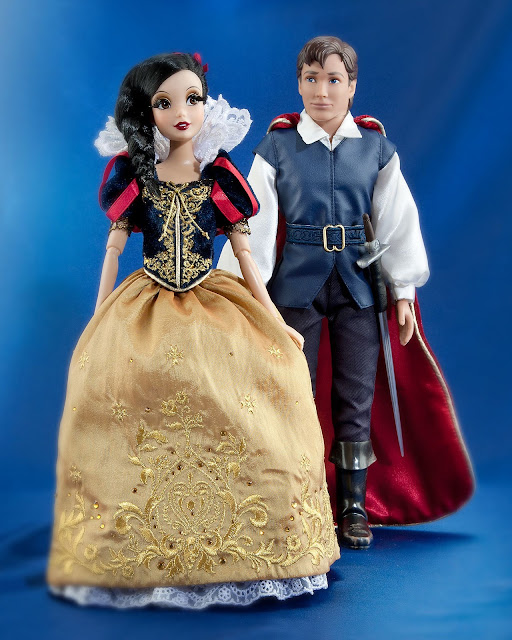 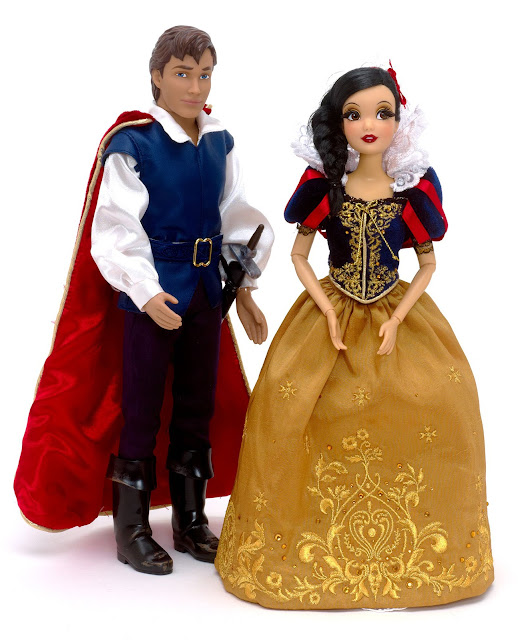 Dolls are sold in a keepsake display case with intricate details on the base, including a golden plate with the name of Snow White and the Prince 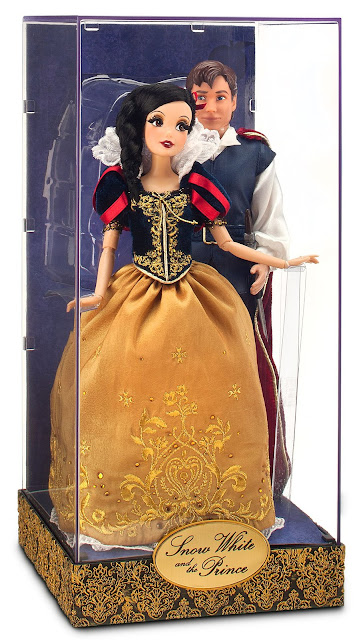 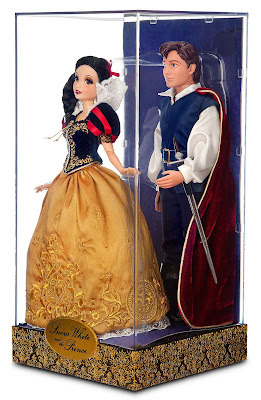 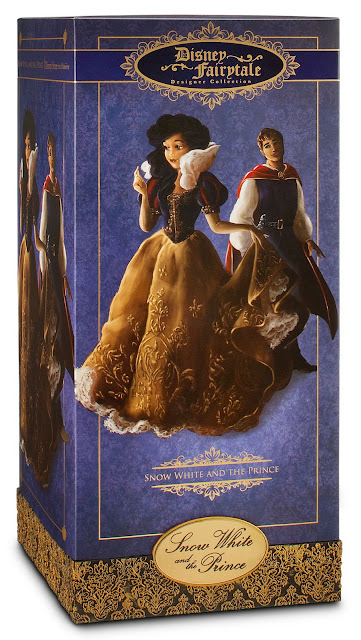 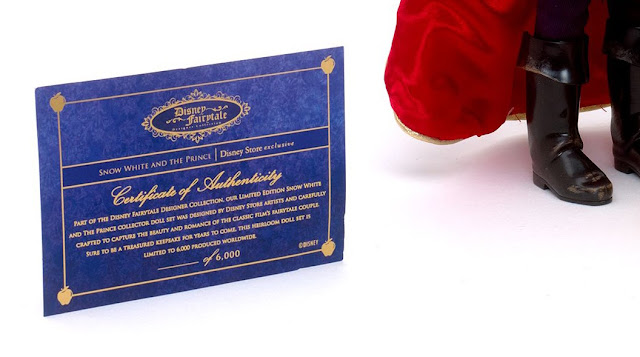 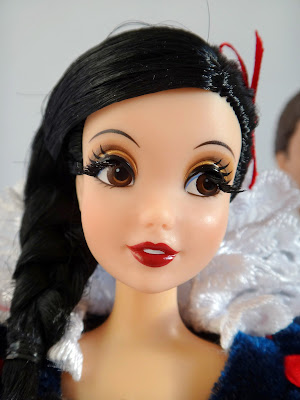 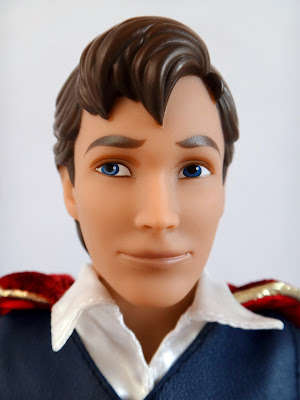 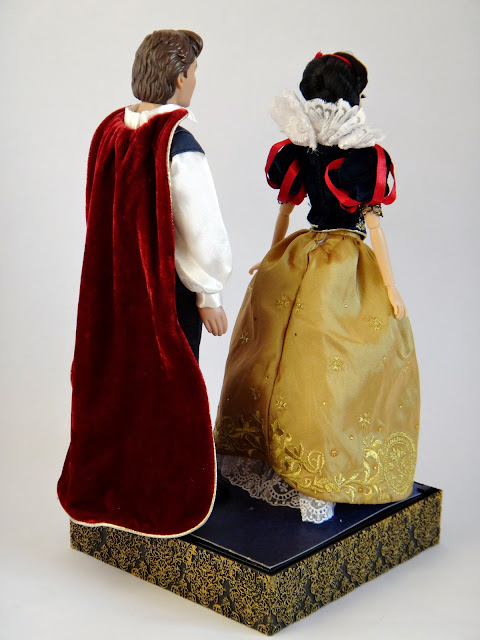 All other images provided by doll enthusiast drj1828.

In addition to the dolls seen above, a special "Ivory" Snow White and Prince were created exclusively for this year's D23 Expo. Limited Edition of only 600 sets worldwide. Retail $129.95. 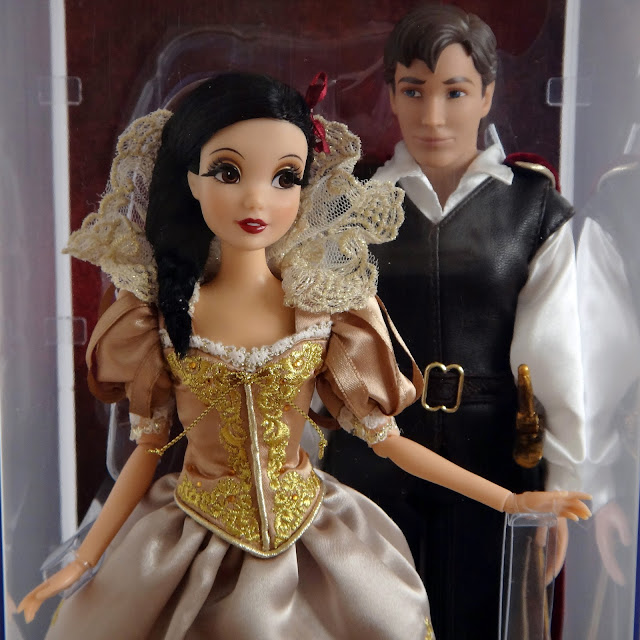 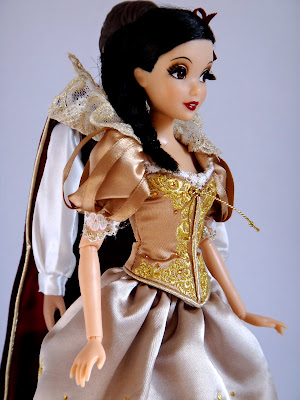 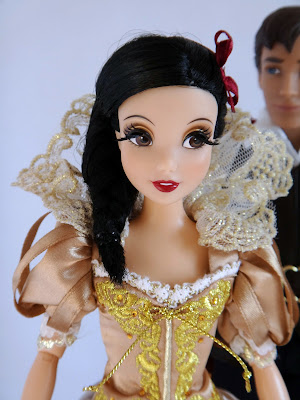 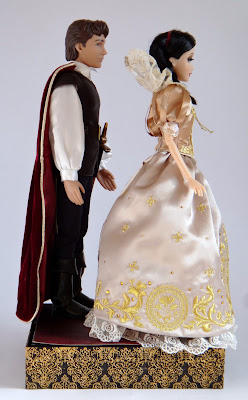 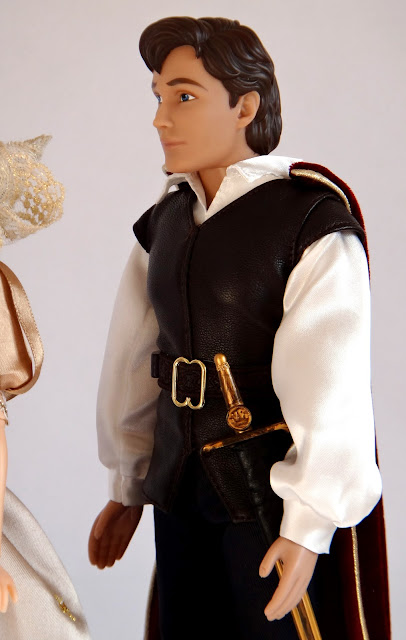 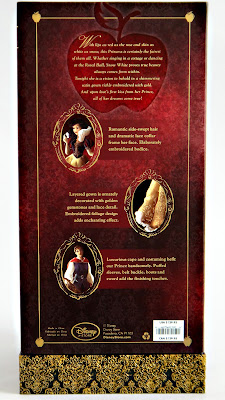 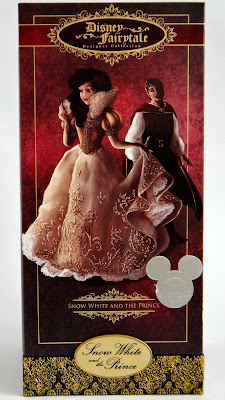 Snow at the Expo inside the Anaheim Convention Center... 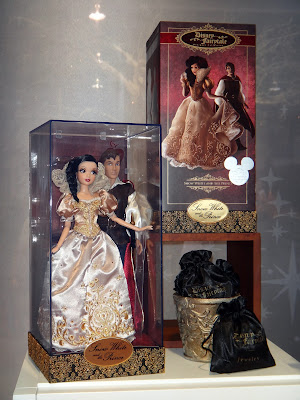 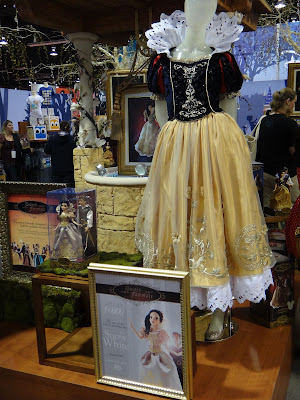 A Disney Geek behind-the-scenes look at how the Disney Designer Fairytale Collection goes from sketch to finished product.