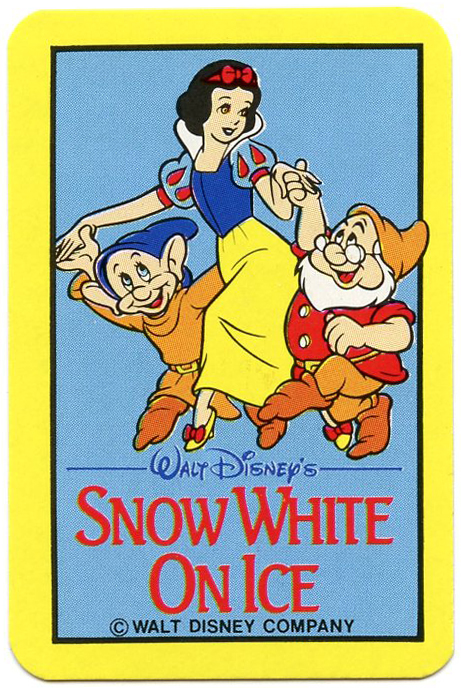 The cards came packaged in a small, clear plastic case. Made in Hong Kong. 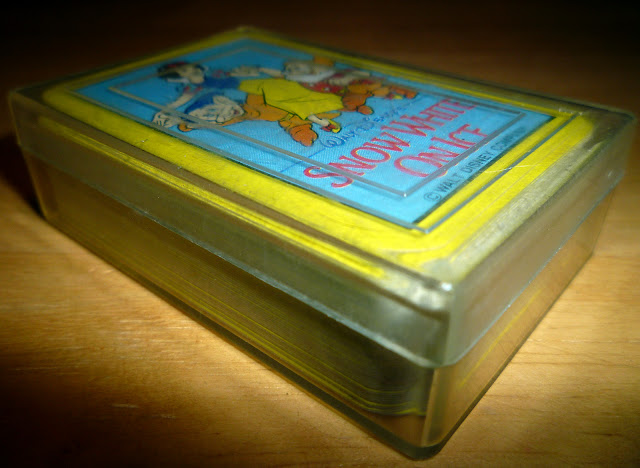 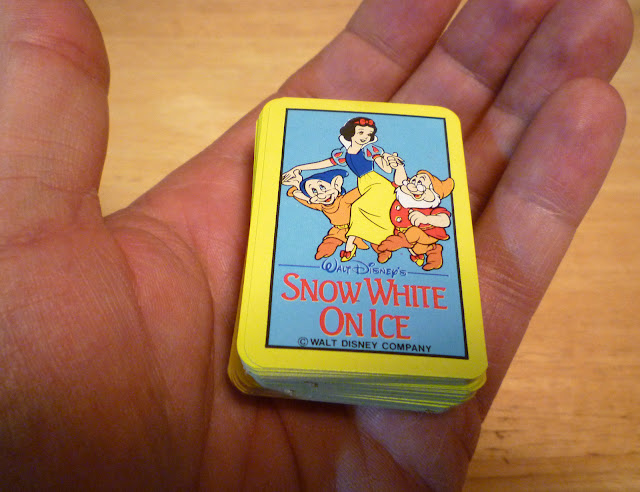 Aside from it's diminutive size, the set is a normal 52 card deck with four suits and two jokers. 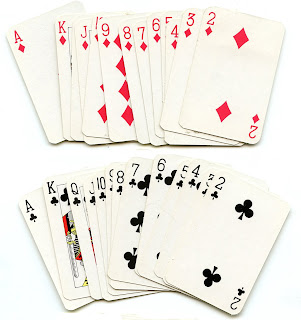 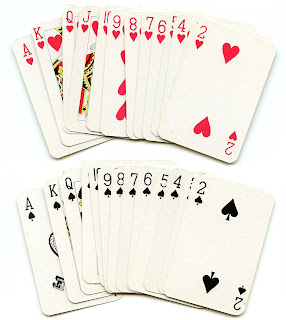 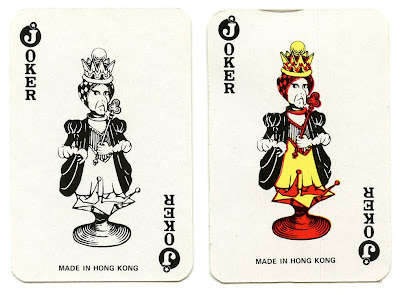 A variation of the deck was produced with an orange border as well. 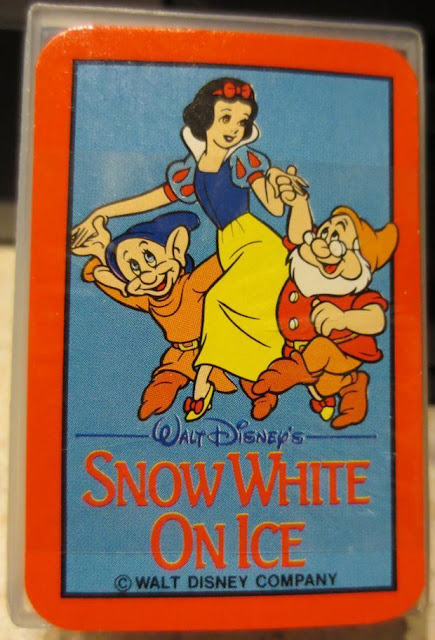