These photos of a contemporary Japanese tea drink come from Snow White fan Takahiro Mizuno. Manufactured by Kirin Beverage Company, the 555ml plastic bottle contains KIRIN Namacha and features a label with the Seven Dwarfs. The price listed on the company's website is 140 yen but Takahiro found it for 125 yen at Seven-Eleven Japan. 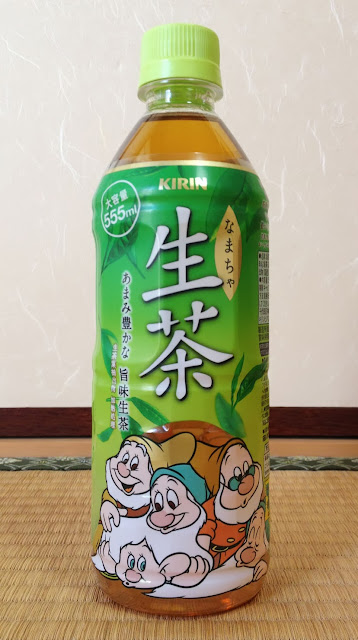 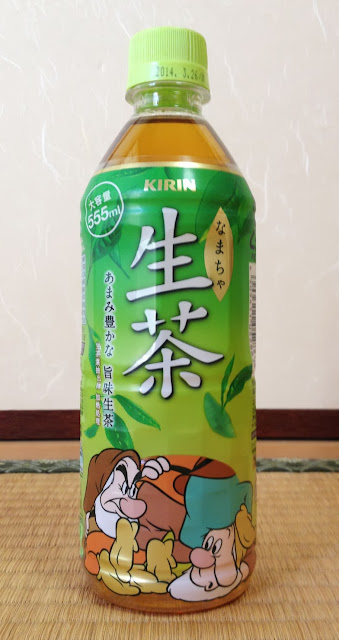 Kirin released a series of Disney labeled bottles in limited quantities. These were available at convenience stores and vending machines in Japan, starting on June 24, 2013. 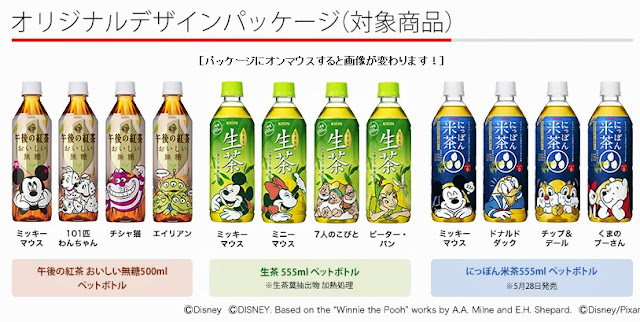 Takahiro recently revisited the Seven-Eleven and all of the Disney labeled bottles were sold out.
Posted by Snow White Archive at 12:01 AM