Beginning around the time of the film's 1938 general release, Valentine and Sons Ltd. of Dundee, Scotland produced several series of Snow White postcards. This particular set differed from the others in that it would highlight just one character per card. In addition, two variations of each postcard were published. The first included a rhyming caption at the bottom. The other printing did not. Cards are standard size 3.5" x 5.5"; regular postcard stock. 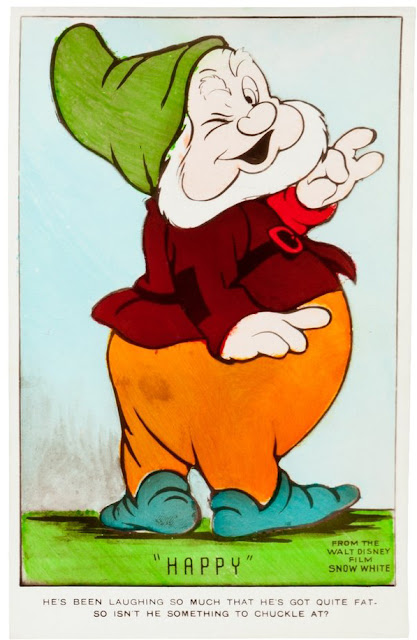 Note that all postcards which include the rhyme on the front, also contain the tagline "THIS IS A REAL PHOTOGRAPH" on the back. 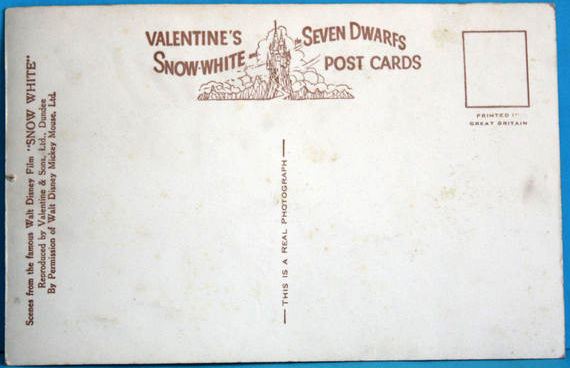 In what was probably a later printing, these next postcards don't contain the rhyming caption nor the "photograph" tagline. They do, however, include a card number on the back. This one is #4227.

Some were clearly used to promote specific movie venues by way of additional text: "As 'Happy' as the day is long at CLIFTONVILLE" 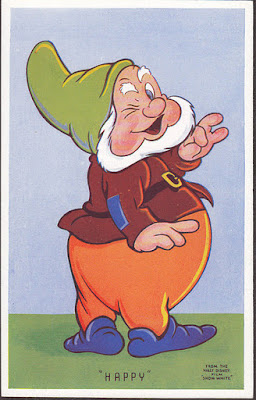 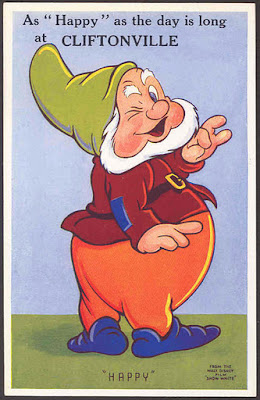 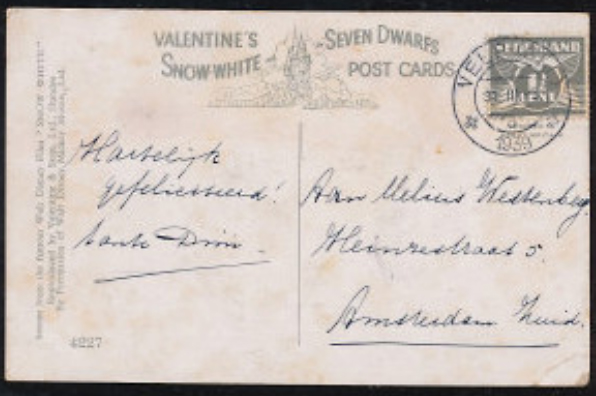 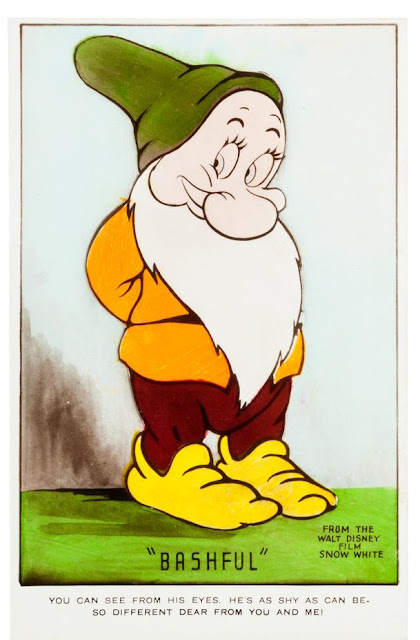 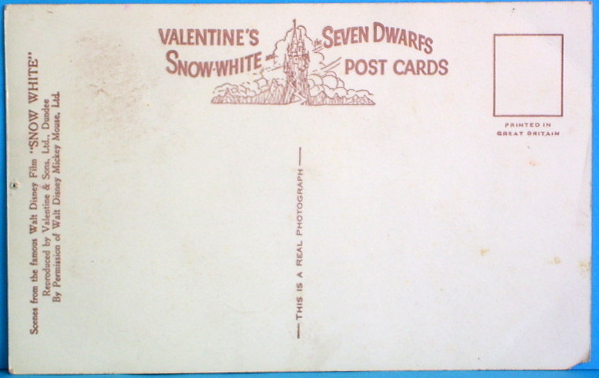 "Don't be 'Bashful' come to MARGATE" 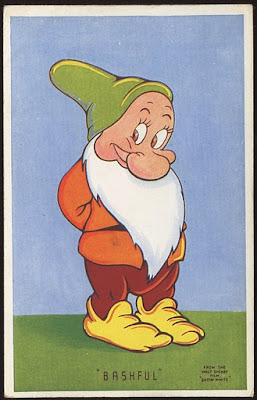 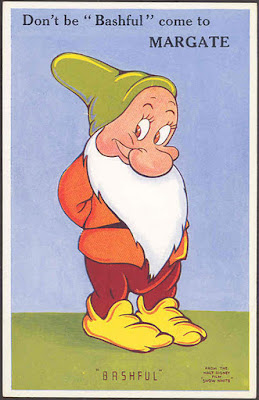 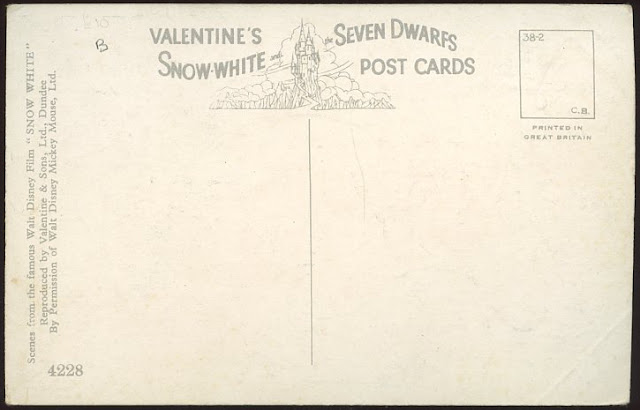 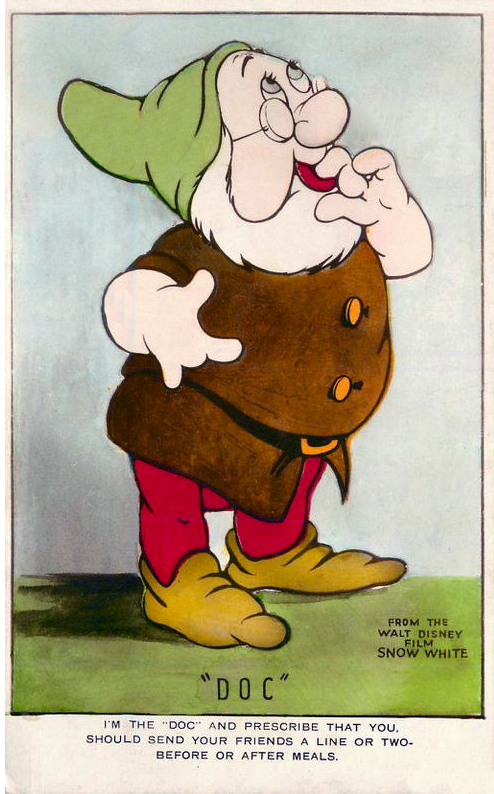 "Doc says --Bournemouth will do you a world of good" 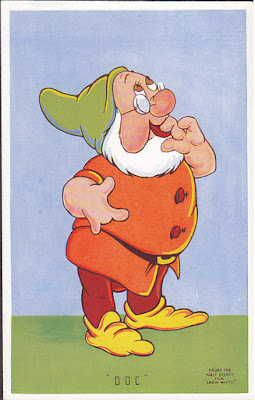 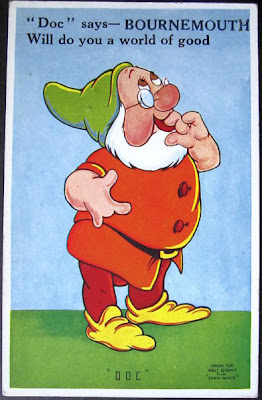 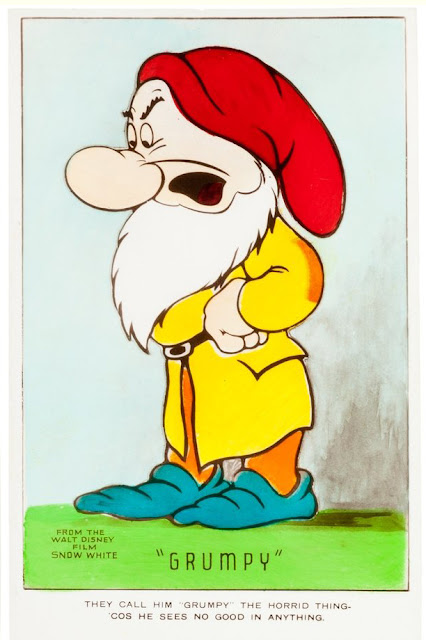 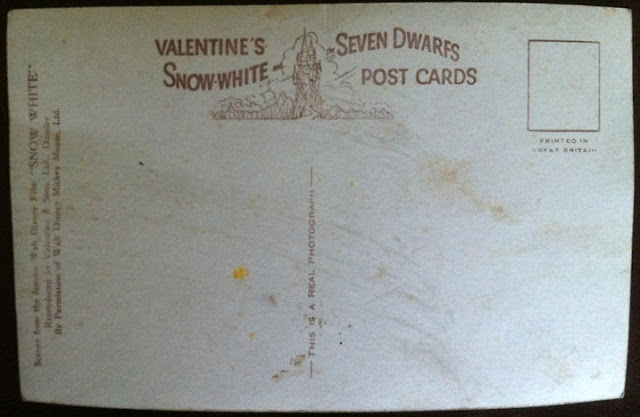 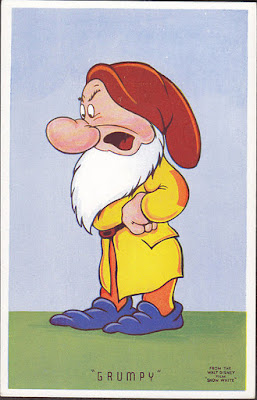 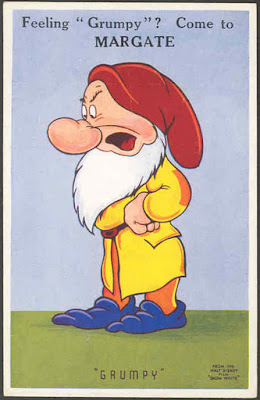 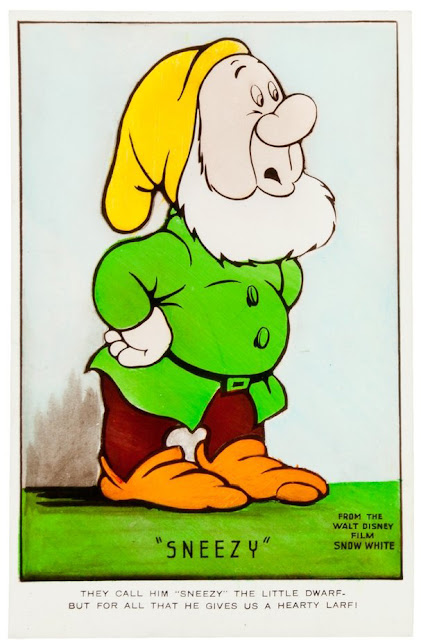 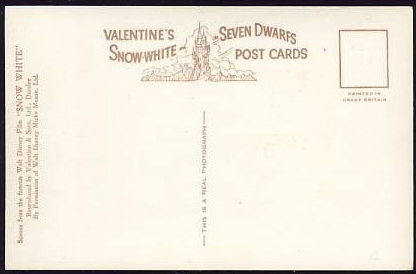 "Sneezy Matter Enjoying Yourself at MARGATE" 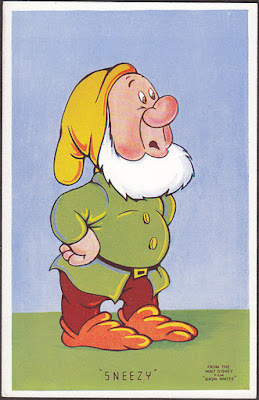 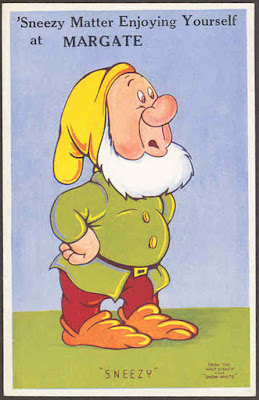 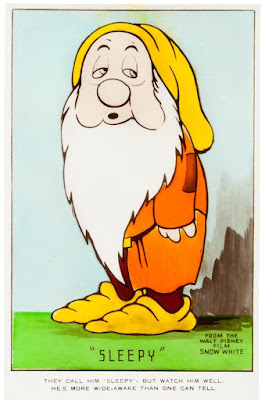 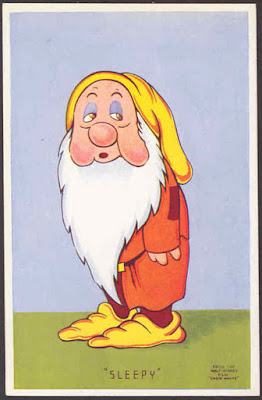 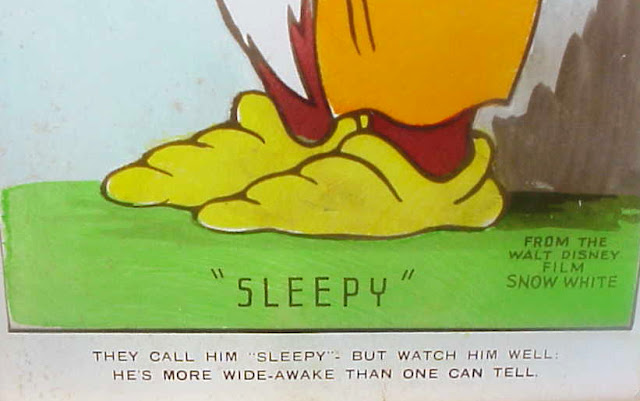 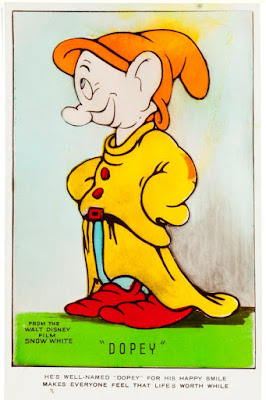 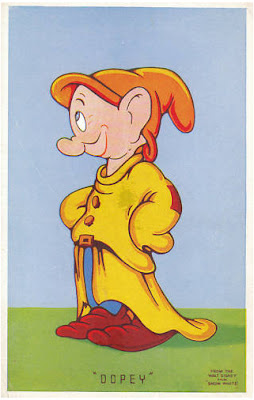 Note the card number on the back (#4303) does not follow in the same sequence as the rest of the series. 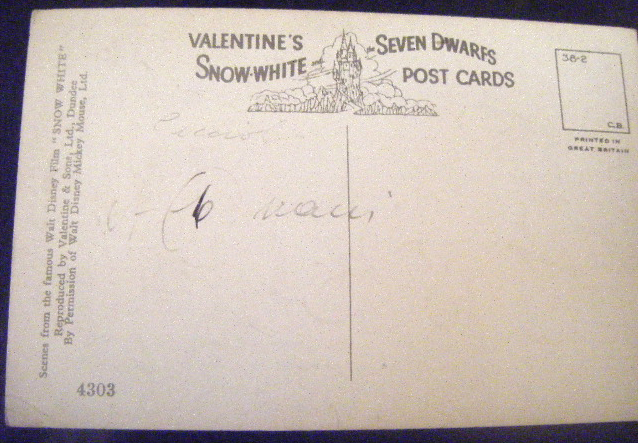 A Snow White postcard was also included in this series. 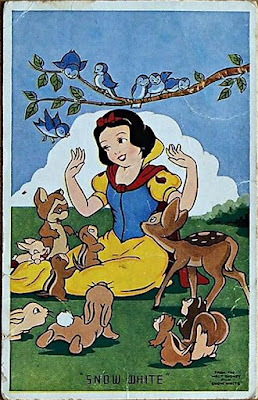 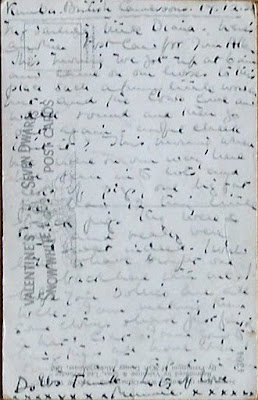 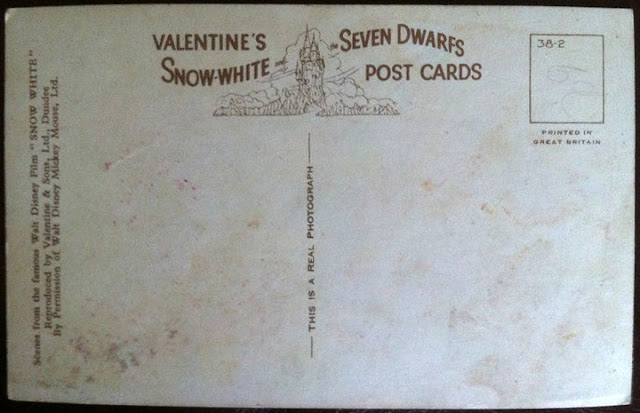