In this 1943 Dell Publishing Four Color Comic No. 19, Bambi's Thumper joins Snow White's Seven Dwarfs in a wild adventure where they encounter, among other things, the Giant from The Brave Little Tailor. 68 pages. 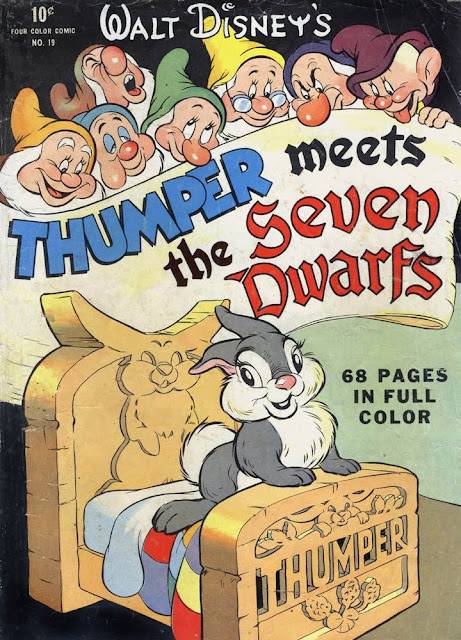 It was the first time Bambi characters were used in crossover stories with other Disney characters. Illustration was by Carl Buettner. The comic was reprinted in 1958 by Dell: Silly Symphonies #8. 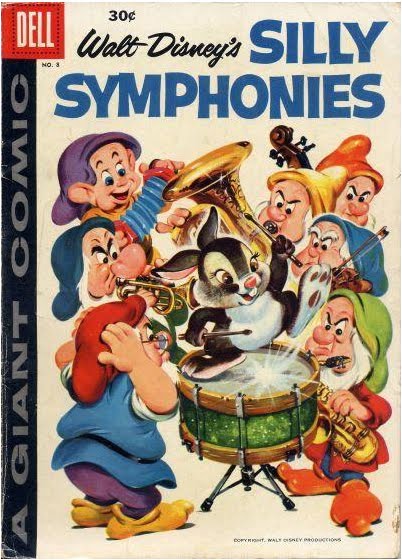 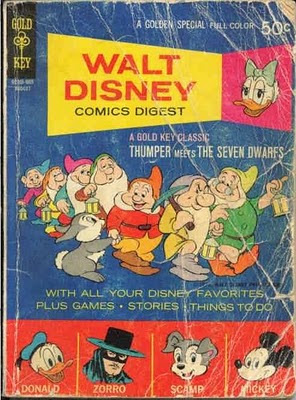 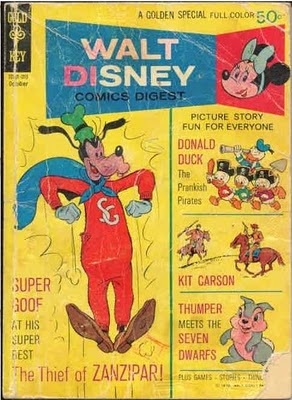 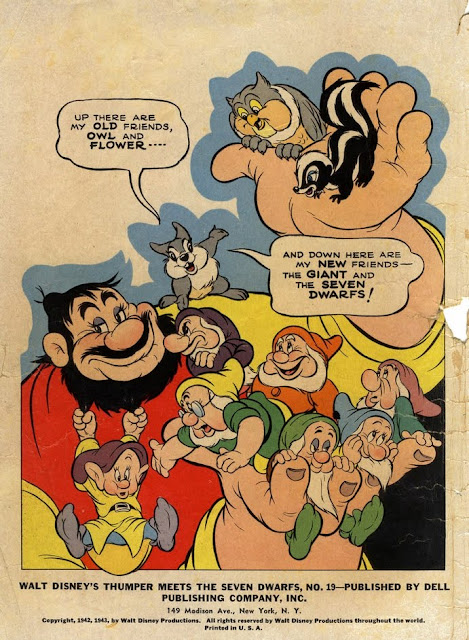 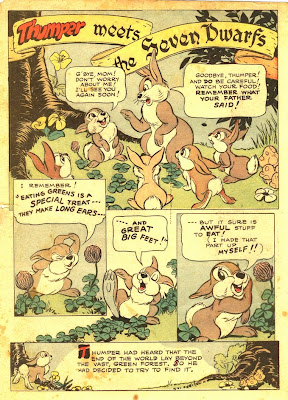 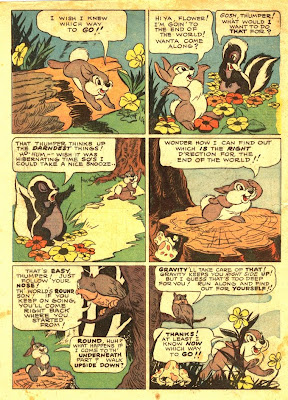 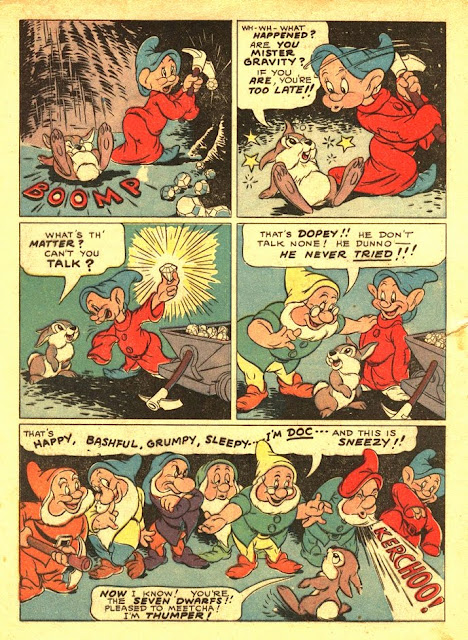 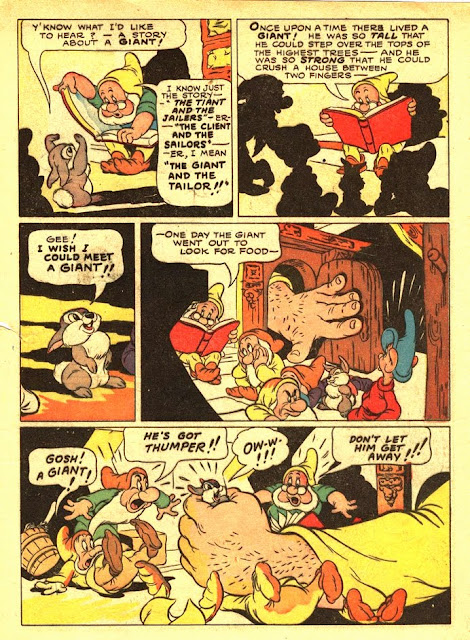 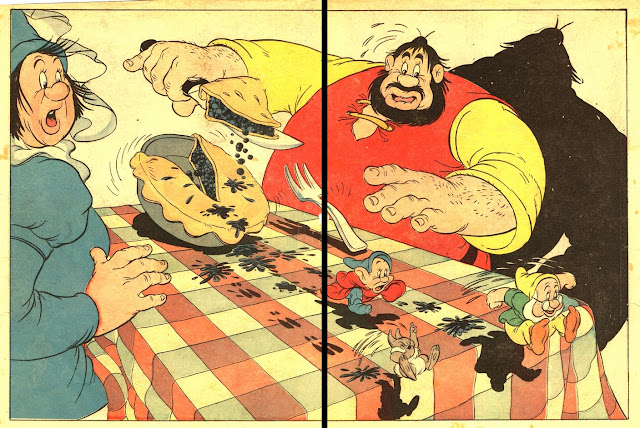 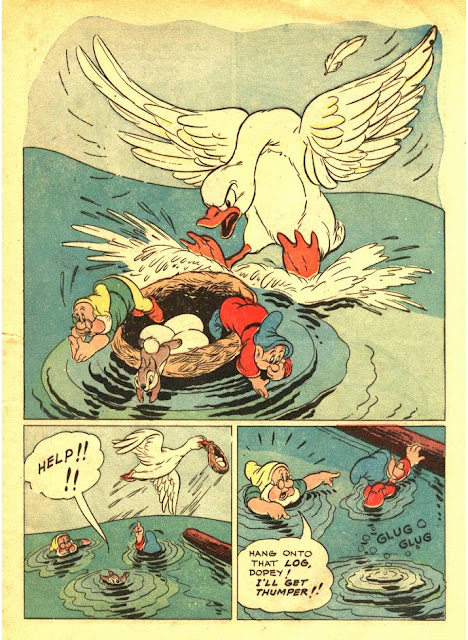 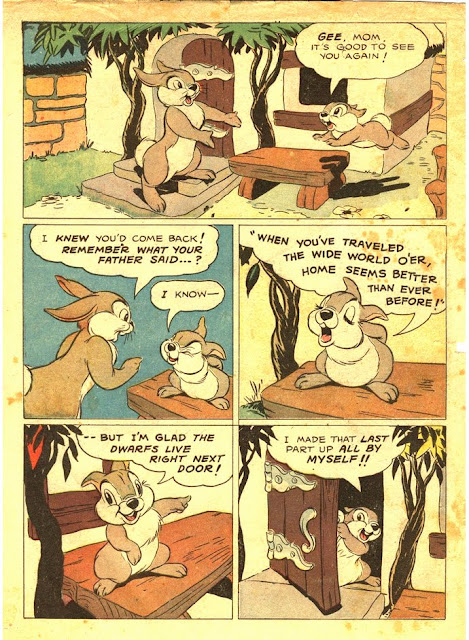 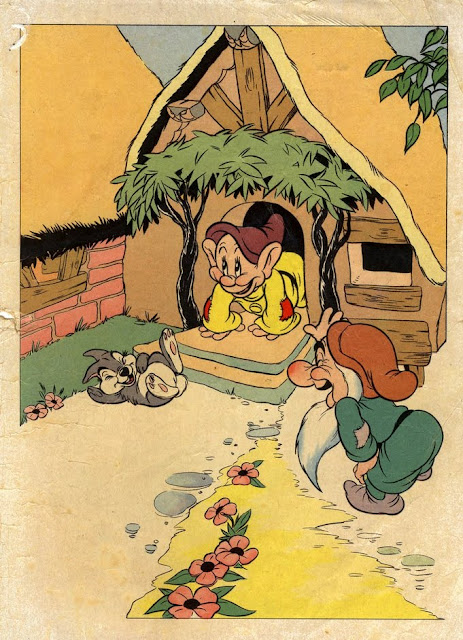 The rear cover from the 1943 Dell Publishing Four Color issue. 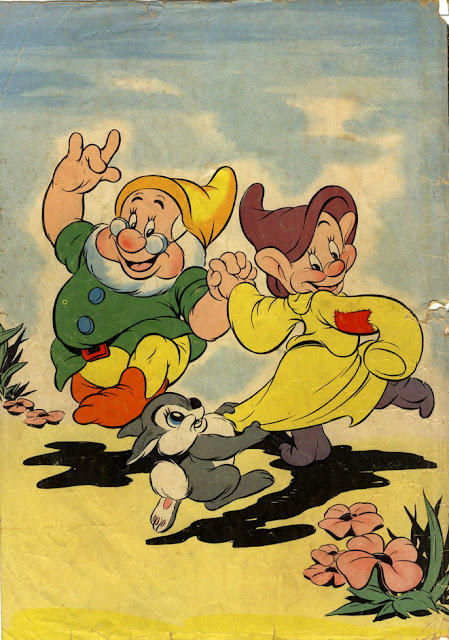