Over the last few years, a kind of virus know as "scrappers" has seeped into the Disney pin-trading scene. Scrappers are pins manufactured in China without Disney's authorization. They come from the same factory molds used to create normal Disney pins, but they're either illegal second runs or pins with errors that should have been "scrapped".

These pins are turning up in large quantities for sale online and for trade on cast member lanyards at theme parks. This flood of unauthorized and/or defective pins into the market takes a bit of the fun out of collecting them. What good is it to find a rare Limited Edition Snow White only to later see a plethora of identical counterfeits popping up on ebay for a buck fifty?

Numerous dwarf scrappers have appeared from the 2009 Limited Edition Diamond Collector 8-piece pin box. But only the dwarfs. 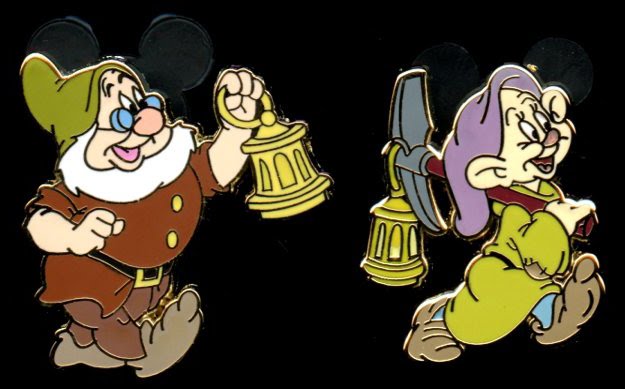 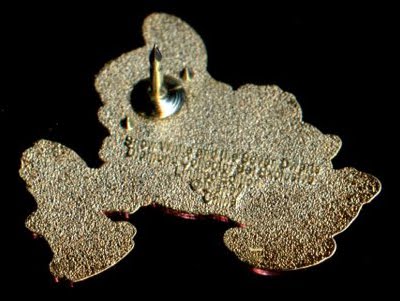 If purchasing online, you can be fairy certain it's the authorized Disney pin set if it includes the "SW" monogram pin. If the red case that they originally came in is included, it's an indicator of authenticity for sure.
Posted by Snow White Archive at 12:01 AM