The Colgate-Palmolive Company manufactured a couple variations of their Snow White "Soaky" Bubble Bath bottle. This first example has a soft plastic head and body, the head functioning as the top to the container. On the back side is a slot that can be cut open for use as a coin bank. Probably dates from the late 1950s or early '60s. 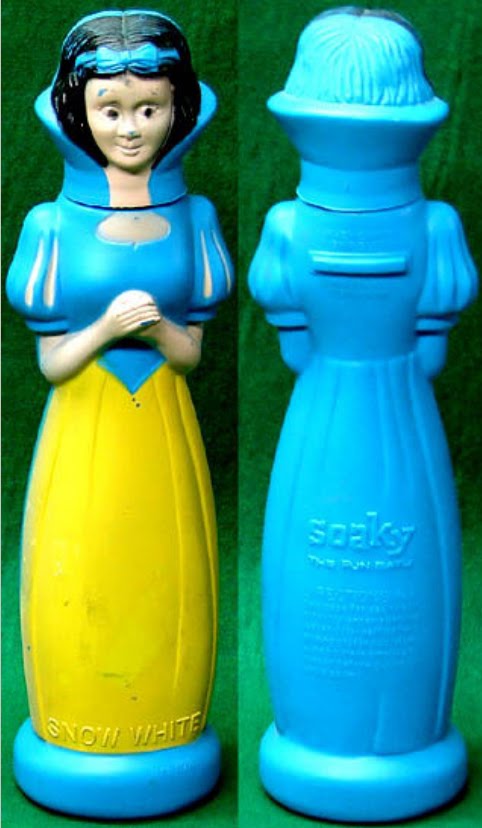 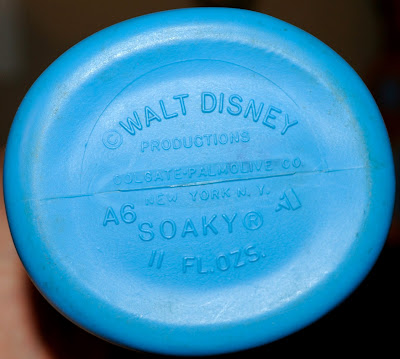 The back and bottom are marked as follows:

WHEN EMPTY SNIP SLOT
TO USE AS A COIN BANK 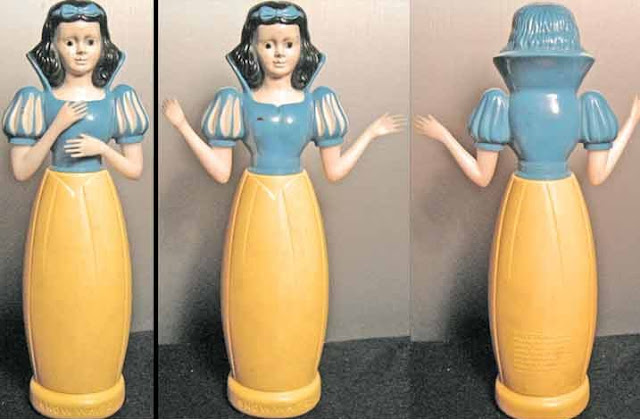 Image courtesy of Funk and Junk. Used with permission.

This "movable arms" version appeared in the 1967 pressbook Merchandising Supplement (p.11). Also pictured is the Dopey Soaky. Suggested retail price was just 69¢. A color photo of the Snow bottle is found in the 2007 Hake's Official Price Guide to Disney Collectibles, 2nd edition (p.862). 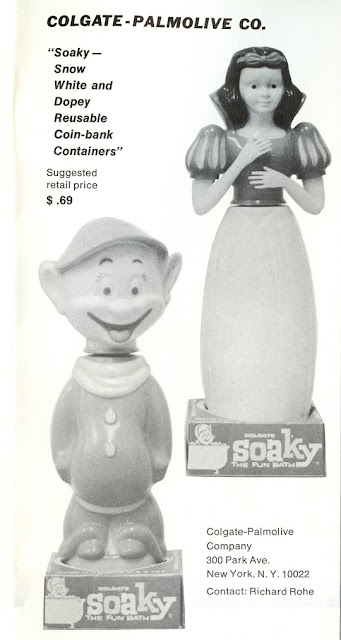 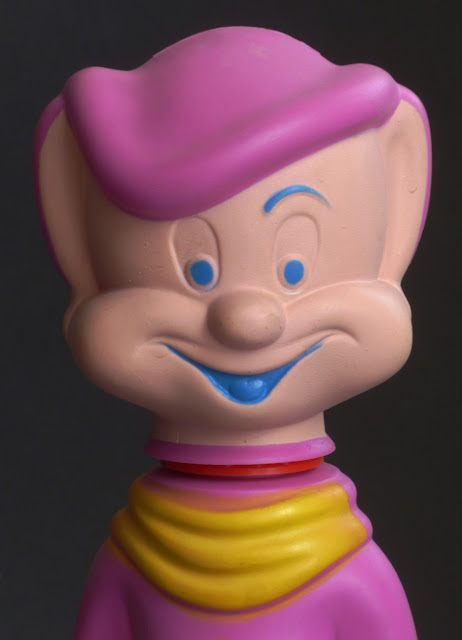 The later version, hard plastic upper with soft plastic bottom. Dopey is a slightly shorter than the 10.5" Snow White bottle. Both hold 11 ozs. 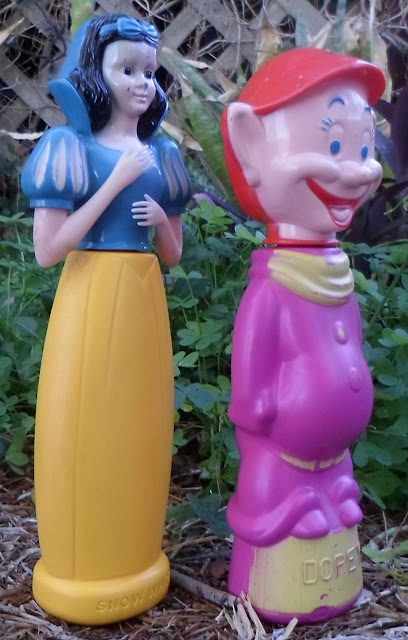 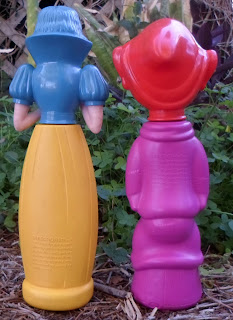 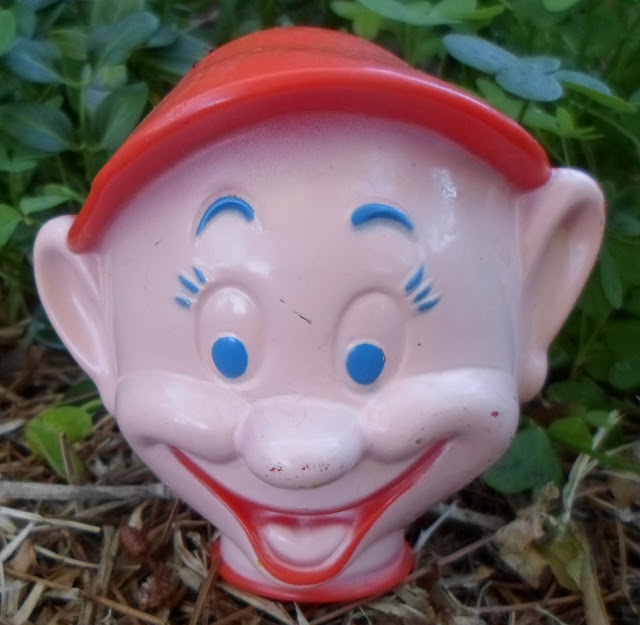 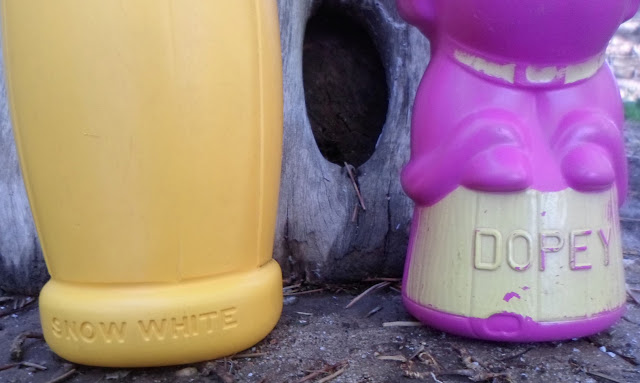 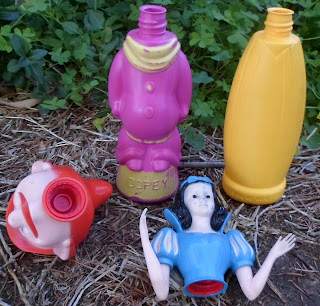 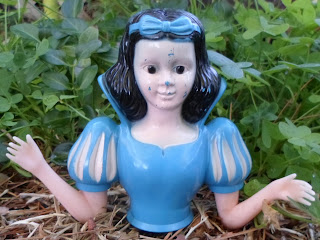 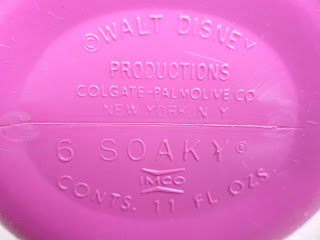 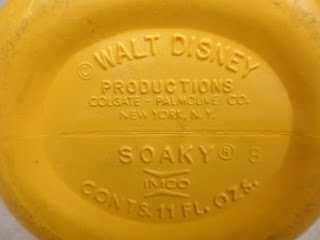 Posted by Snow White Archive at 2:15 AM