The nine 11" x 14" lobby cards from the 1967 Buena Vista re-release of Snow White. The set is identical to the 1958 series. The only exceptions are that this collection was issued with a title card and the Snow White bier scene was replaced with one of her sweeping the cottage. 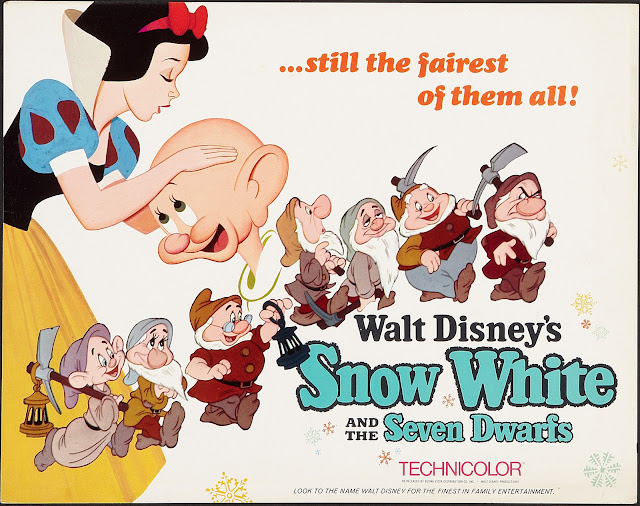 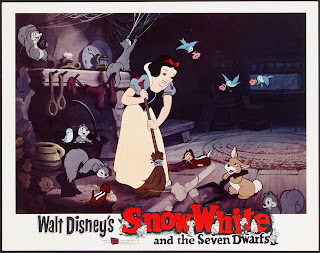 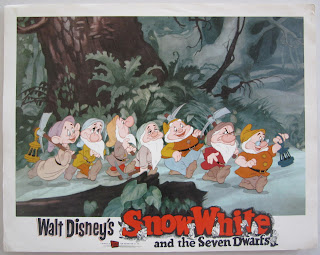 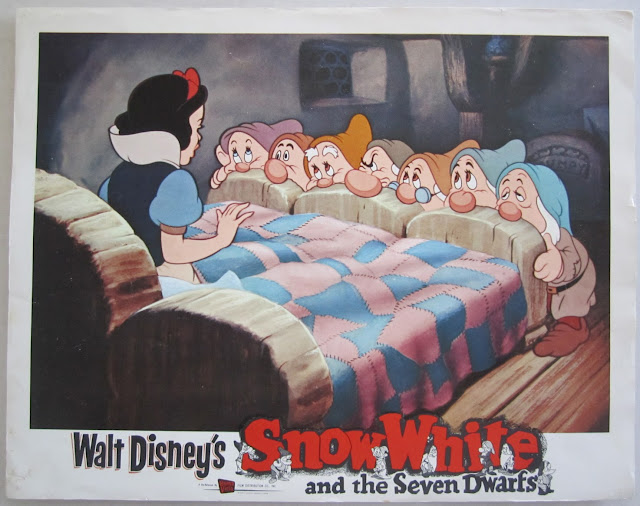 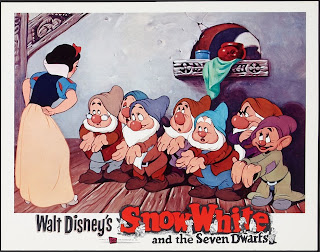 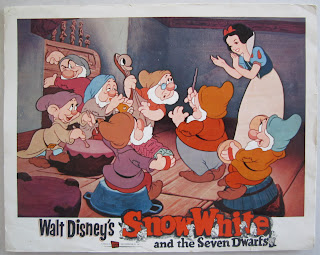 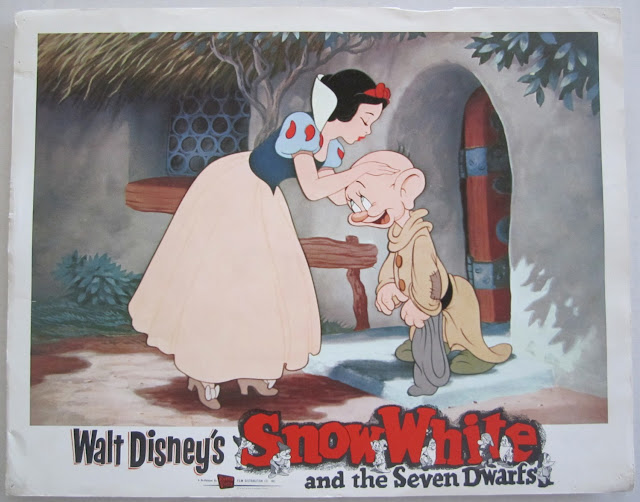 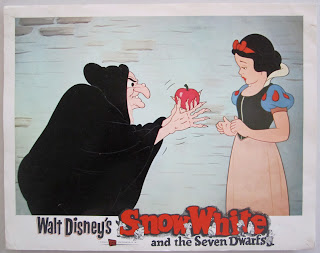 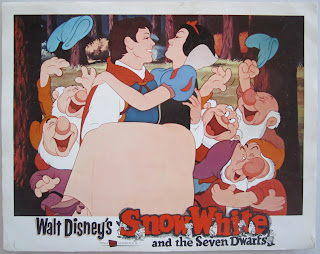 It's interesting to compare the actual '67 lobbies with those pictured on the back page of the 1967 pressbook. Somewhere between the time when the book was issued and the actual cards were printed, it seems Disney changed its mind. They decided to go with the older 1958 lobby card artwork rather than implement the new font design, which was used on all of the other 1967 posters. 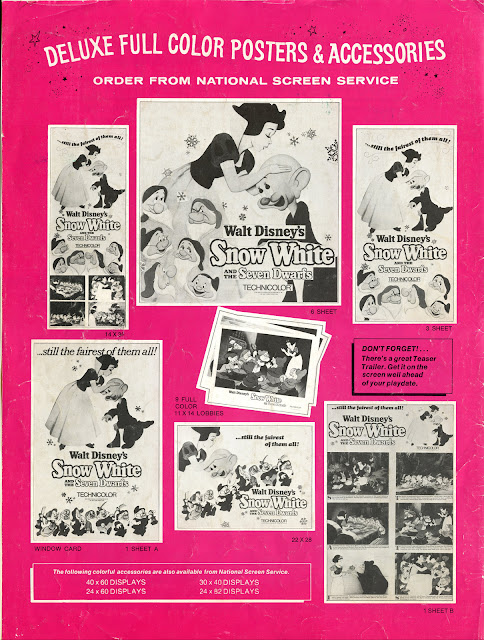 The 1967 envelope in which the cards were shipped. 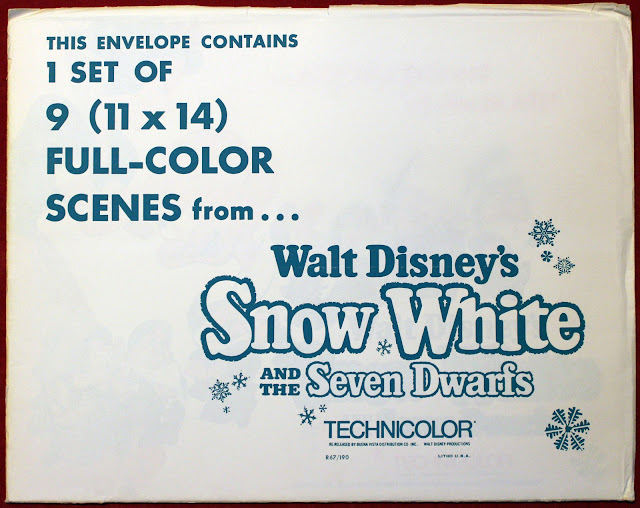 Envelope courtesy of the Michael Filippello Collection.
Posted by Snow White Archive at 2:09 AM