Lobby cards, being small promotional posters, usually 11" × 14" in size, were displayed, of course, in the lobby of a theatres. Issued in sets, each card featured a different scene from the film. A typical set consisted of about 8 scene cards plus a title card. In some circumstances, they were released in larger numbers (12 to 16 cards) or smaller (4 to 6 cards). In the United Kingdom, lobby cards are more often referred to as "Front of House" cards.

The series created for the 1958 re-release of Snow White consisted of just eight scenes with no title card. 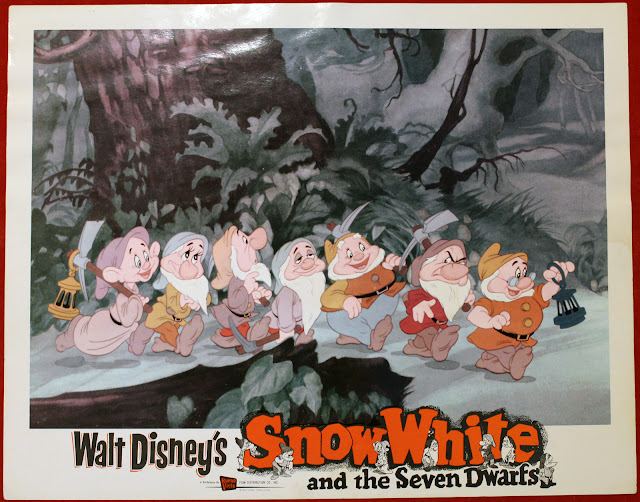 This was the first US Snow White reissue to not be distributed by RKO. Instead, we see the Disney Buena Vista logo placed on the bottom of each poster. 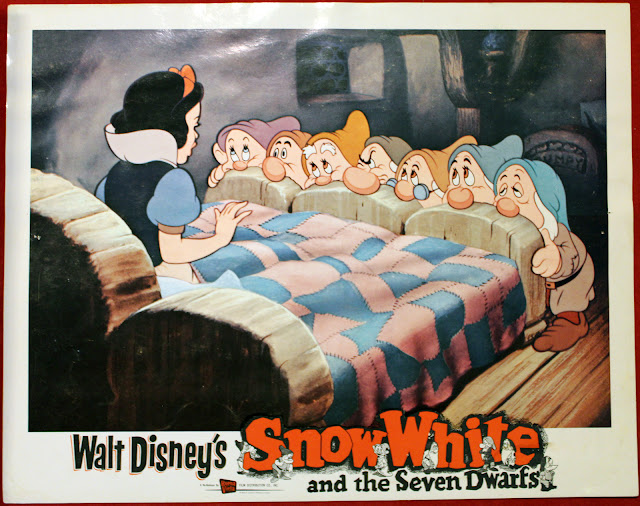 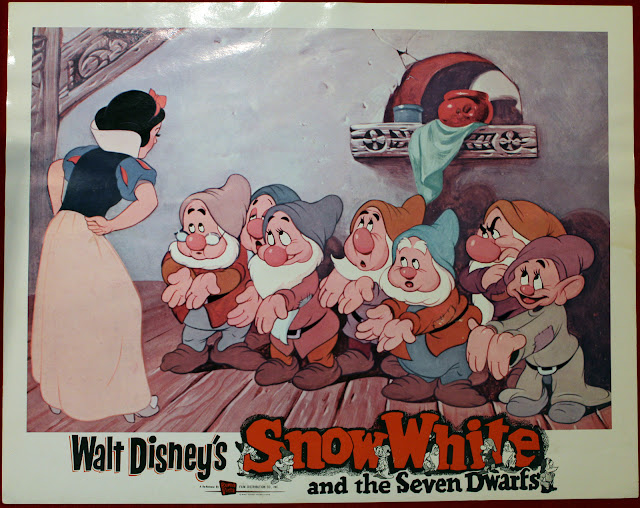 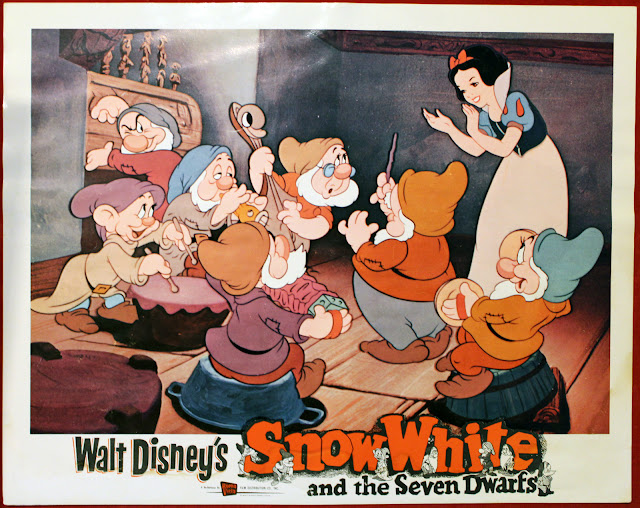 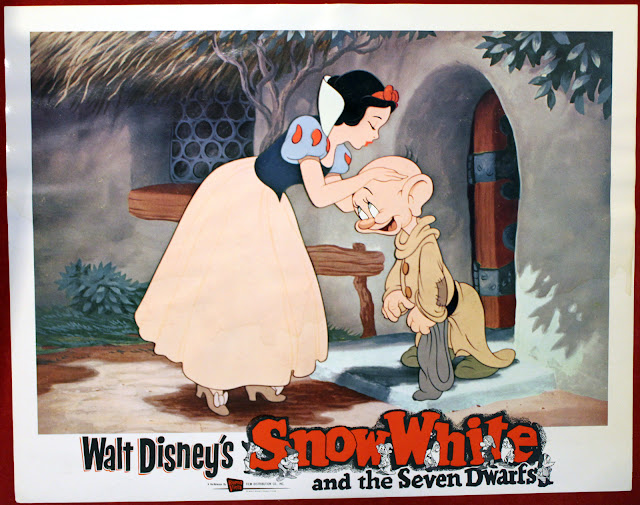 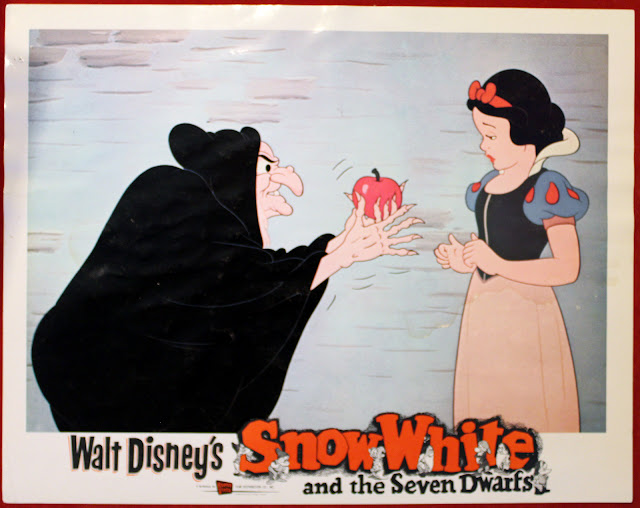 The 1967 re-release (next post) featured almost the same identical set of lobby cards. One difference was this scene of the Prince at Snow White's bier. For some reason, it was replaced by one of her sweeping the cottage. 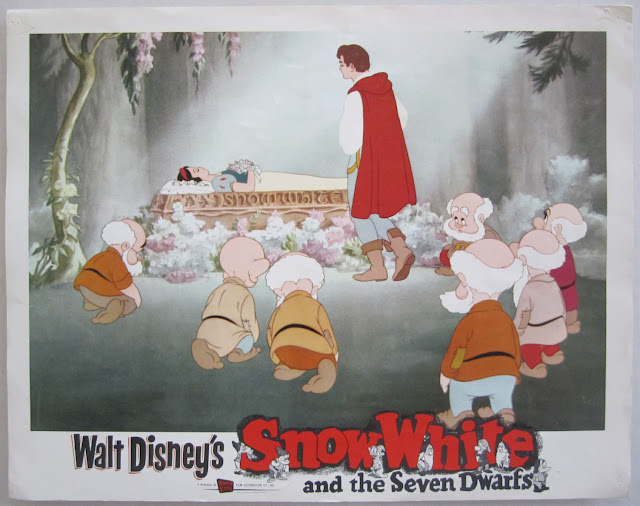 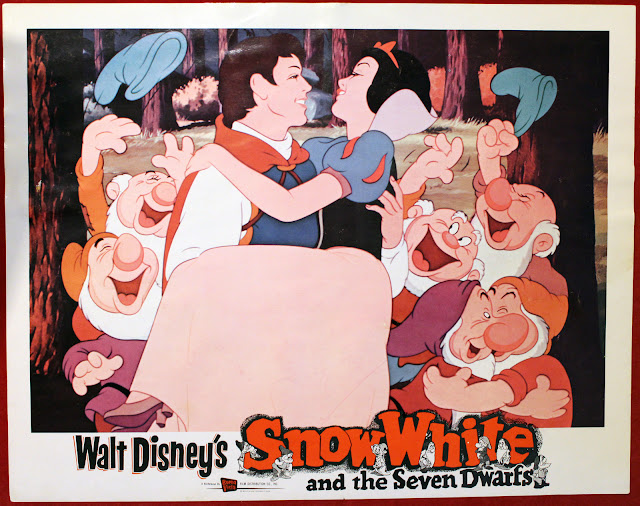