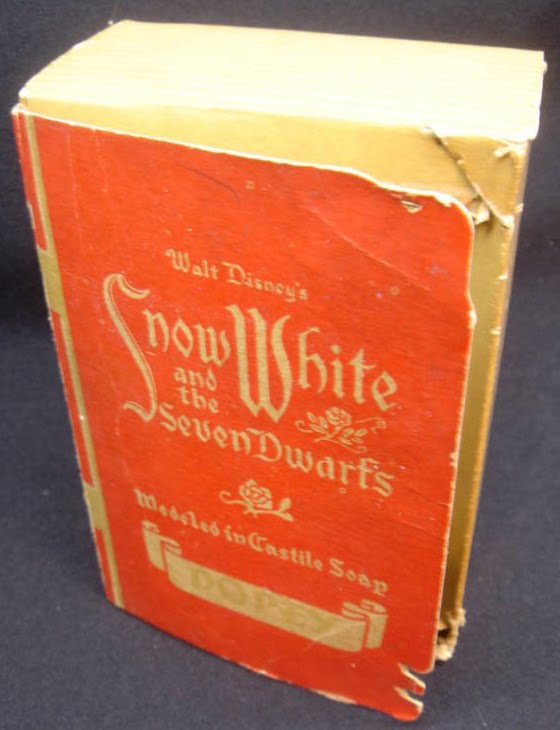 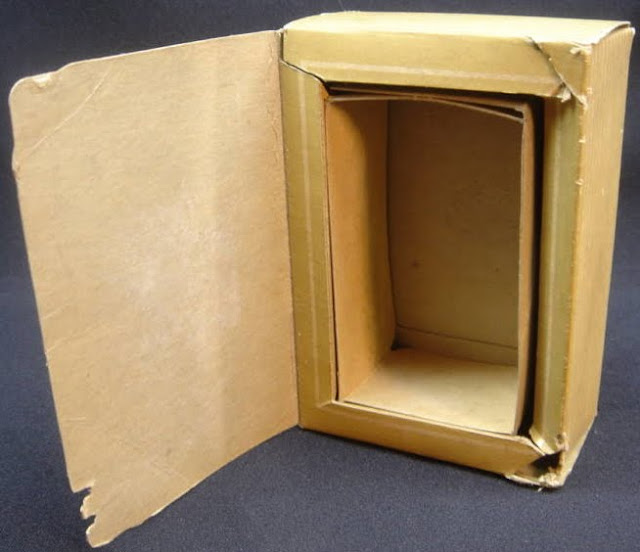 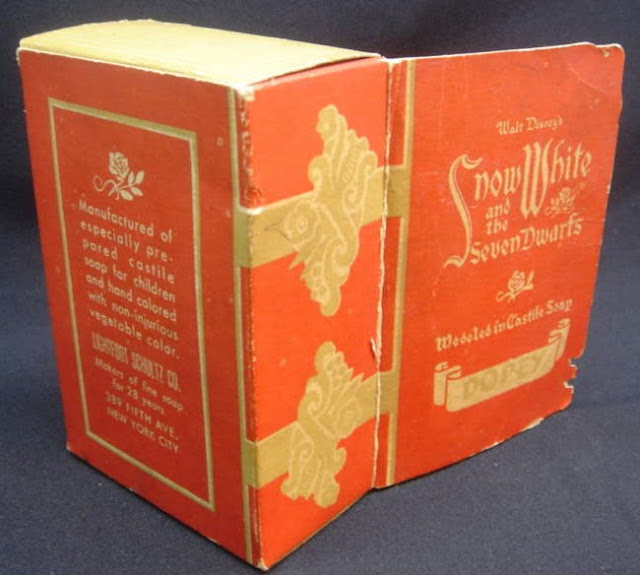 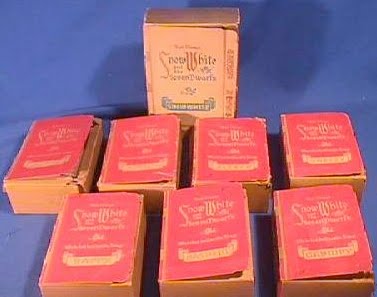 Manufactured in 1938 by Lightfoot Schultz Company in NYC, these carved castile soap bars were hand-painted with "harmless vegetable color." Snow White and each of the seven dwarfs were sold in individual boxes complete with cotton batting packing material. 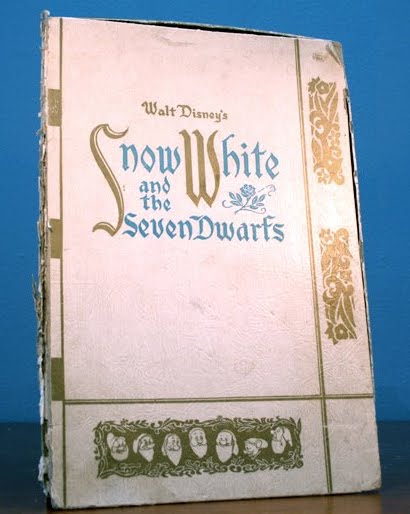 The soap bars were also offered as a set in a Snow White "book". The box design was made to resemble a large-format book with gold embossing and artwork on the cover and spine. 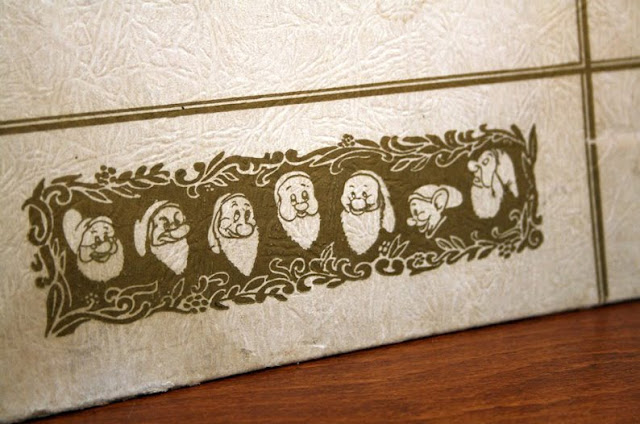 Inside is a thin vellum frontispiece which restates the title, as well as the manufacturers info: "Modeled in Castile Soap - Painted with harmless vegetable color. Lightfoot Schultz Co. Makers of fine soaps for over twenty-seven years. 389 Fifth Ave. New York." * 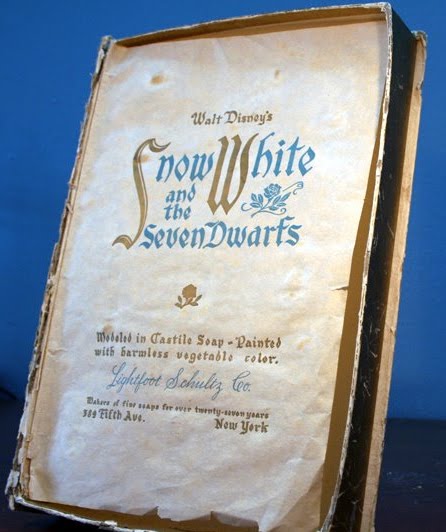 Snow White was almost twice the height at 5.5" as the rest of the dwarfs who measured in around 3". This particular set was well preserved considering the nature of soap. 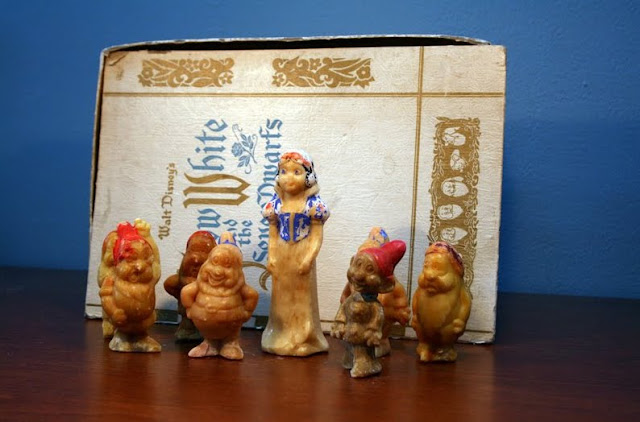 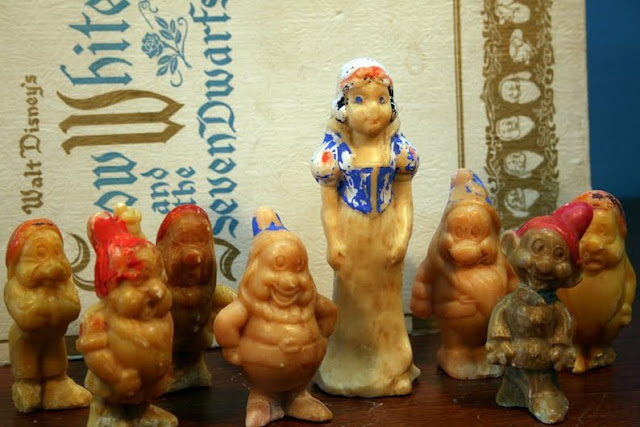 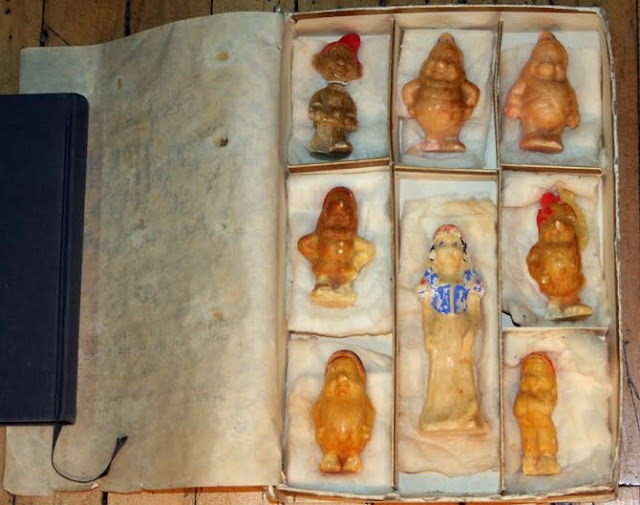 Most others I've seen have tended to look more like those in the photo below. 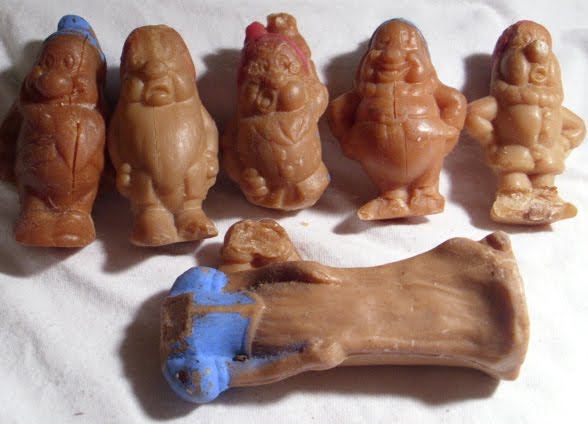 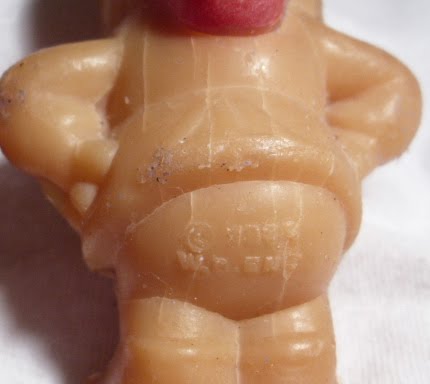 A real treasure from a bygone era. 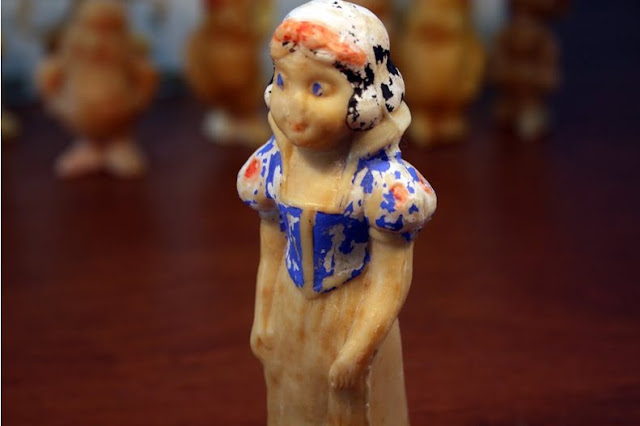 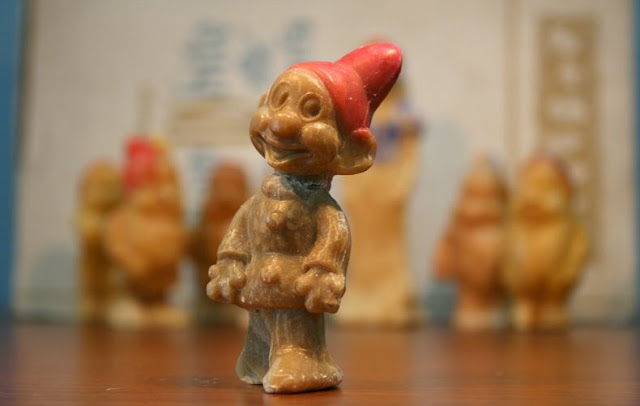 Additional images via The Bubble Room
Posted by Snow White Archive at 4:47 AM

Email ThisBlogThis!Share to TwitterShare to FacebookShare to Pinterest
Labels: ~bath/bed