Snow White's Ipad and Other Mashups 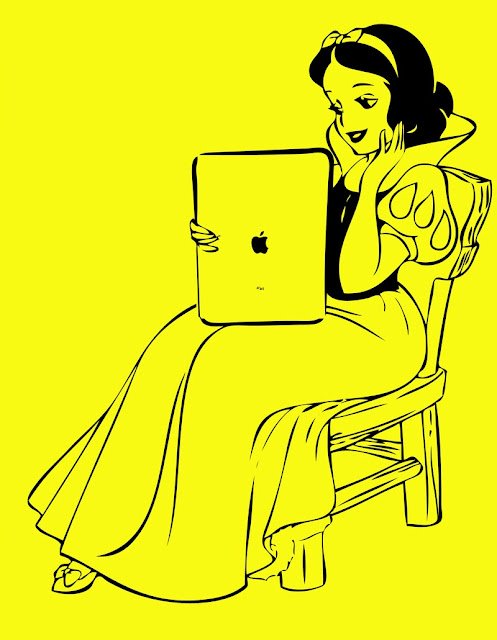 The Ipad (above) was just a bit of a laugh surrounding all the media attention on the recent Ipad release.


The idea behind the [next two] images was taking something that was pure, in this example Snow White, and adding a destructive element to it. A lot of the early Disney films had a underlying sense of darkness to them and I wanted to reflect that in these pictures.

The image of the gas mask invokes a sense of panic or turmoil.

The Coke can picture was just a little bit of fun really with a bit of a nod to the adbusters and anti-advertising movements, with the witch offering up a can of Coke instead of a poisoned apple.  Minuek Warrior 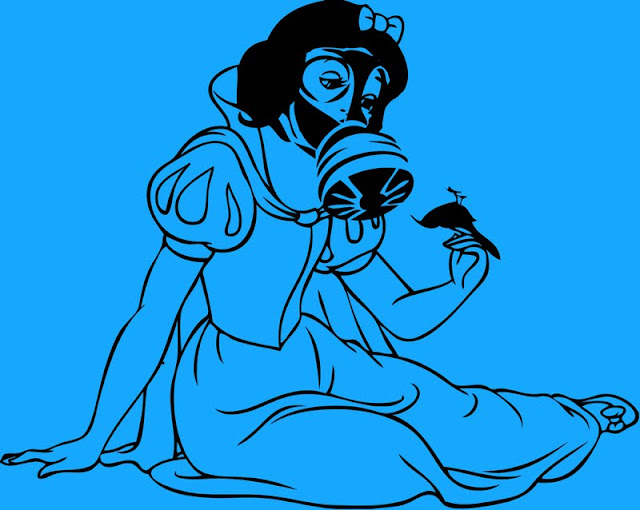 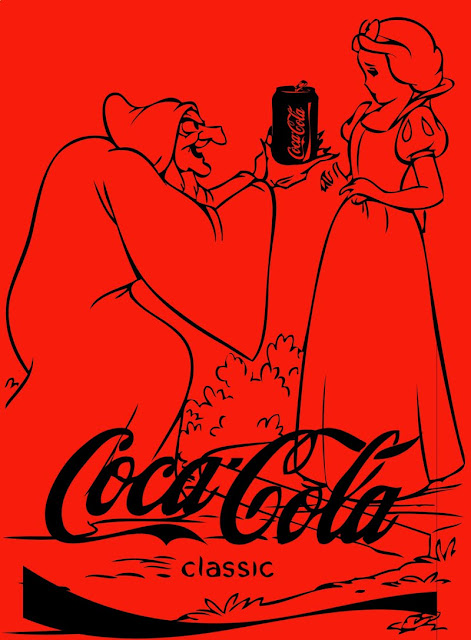 See more of Minuek Warrier's work on flickr.
Posted by Snow White Archive at 4:17 AM