Released in 1997 exclusively to Disneyland cast members, these two pins commemorate the six-decade milestone for the film. Both are hard-to-find and show up rarely online. The first is of Snow White with "60th Anniversary" and "1937-1997" printed on the front. 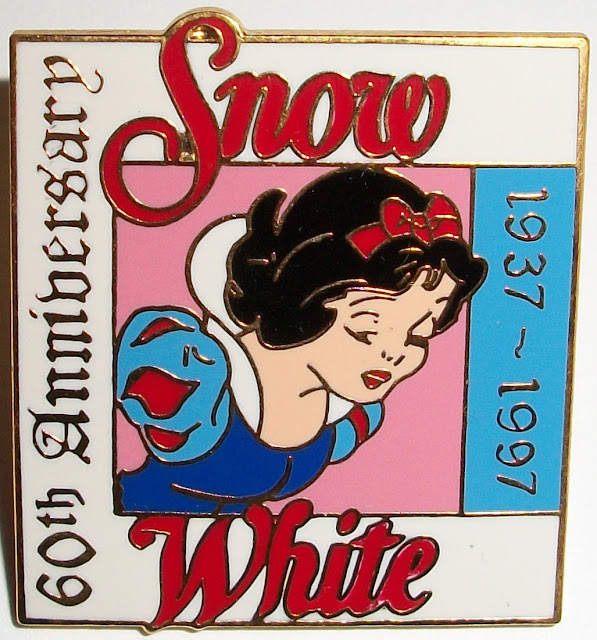 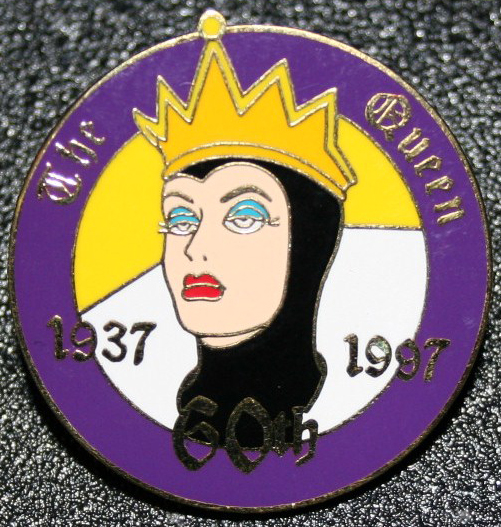 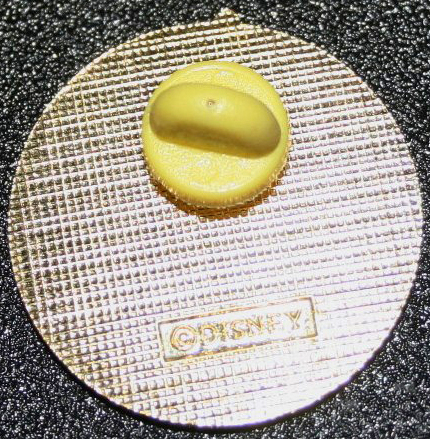 60th Queen Pin. Images courtesy of Michael from TheMouseWarehouse.com. Used with permission.
Posted by Snow White Archive at 12:01 AM