Gift-With-Purchase pins were issued for both the Snow White and Dopey 65th Anniversary WDCC figurines. The Snow pin came with the membership package to the Walt Disney Collector Society. It featured the Society's logo with the princess kneeling beside it and holding a bluebird. 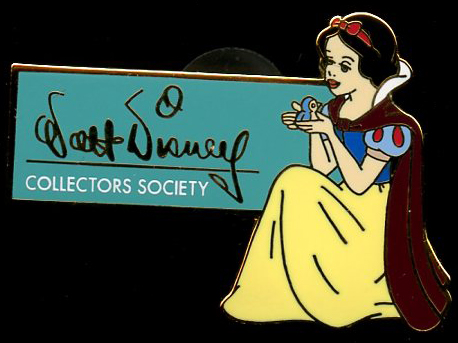 The pin (and figurine) were issued for the year 2002, even though the back reads," Produced exclusively for 2001 Walt Disney Collectors Society Members © Disney." 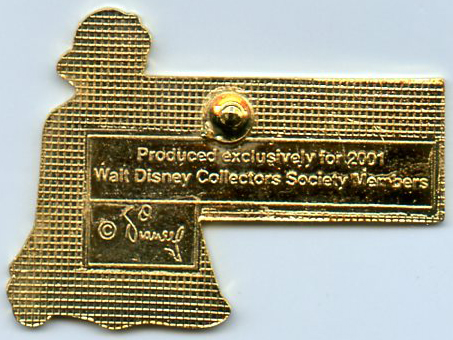 At this time, Disney had begun using rubber backs on their pins rather than the older metal clasps. However, the mouse ear backs that are used today had not yet become popular. 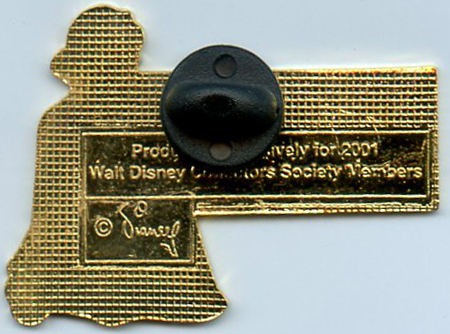 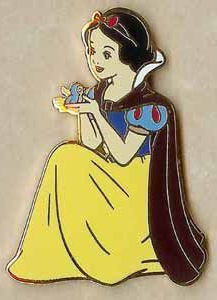 
The WDCC 2002 Fall Event Sculpture featured a 65th Anniversary Dopey with diamonds. This pin was free with the purchase of the "Bedazzled' figurine. The backside reads "Walt Disney Classics Collection". Measures 1.5" tall. 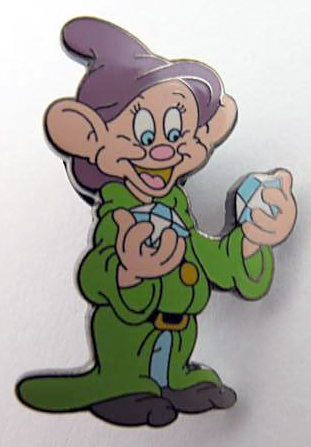