This "Snow White Cottage" is a 60th Anniversary piece from Ian MacGregor Fraser, the founder of Fraser Creations. A Scottish firm, Fraser was known for its detailed resin cast replicas of famous buildings from around the world. This handmade and painted fairytale miniature was a departure from the majority of "real life" pieces they produced.

To the left front of the cottage is a sign that reads Dwarfs' House, and near the door, Snow White is seen sweeping the walkway. The wooden display base measures 7.5" x 5.75" and bears a metal plate that reads, Snow White 1937-1997. 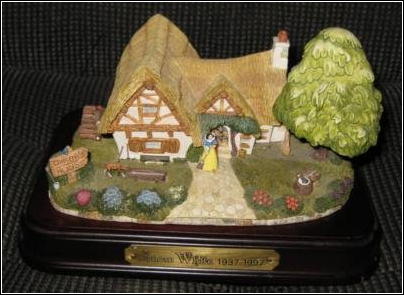 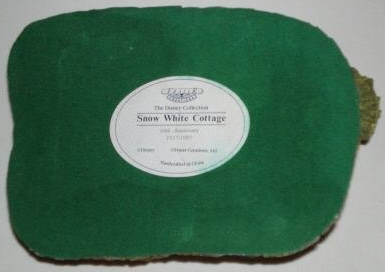 Posted by Snow White Archive at 12:00 AM