It was in 1997 that Mattel released the second Barbie in its "Signature Collection" series, a 60th Anniversary Snow White. The vinyl doll came with a bluebird, stand, and Certificate of Authenticity. Original sticker price on box $49.99. 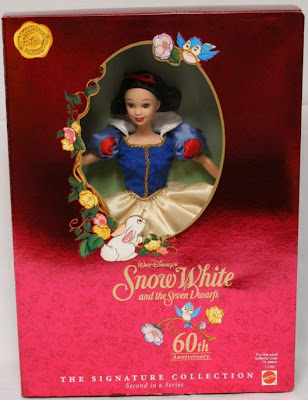 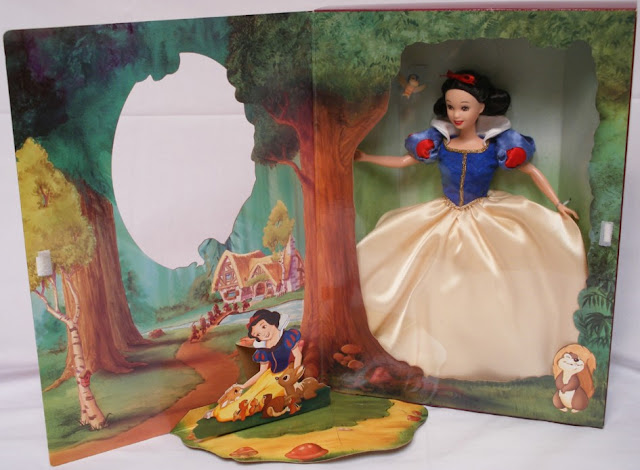 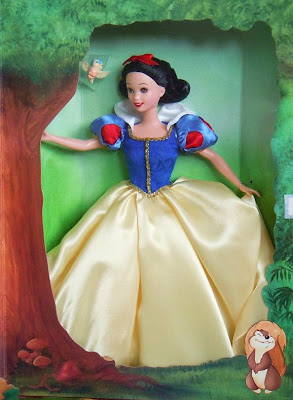 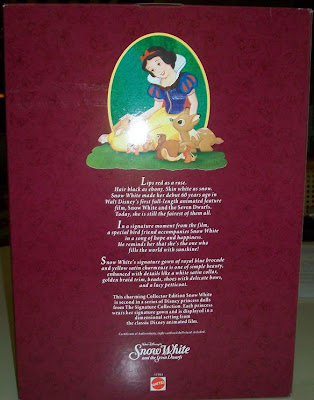 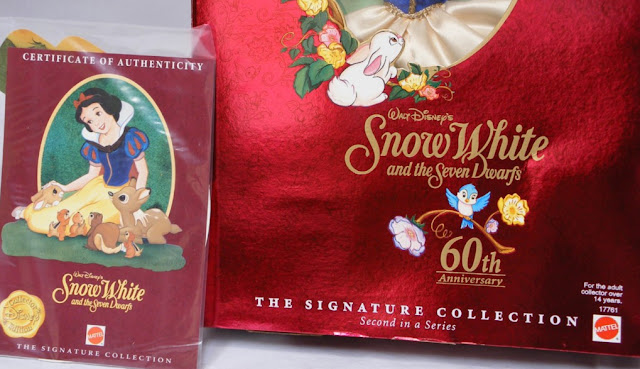 
Mattel also issued a Snow White in their Princess Portrait series. Measures about 7" tall. The 60th Anniversary box is a "keepsake frame" which can be hung directly on the wall. 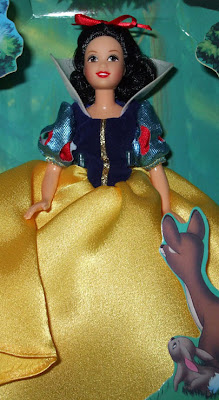 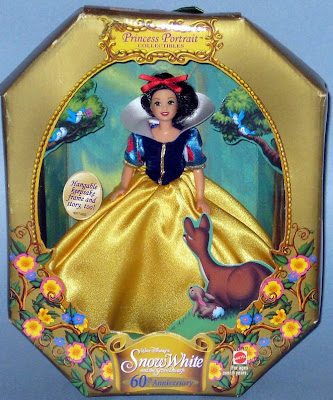 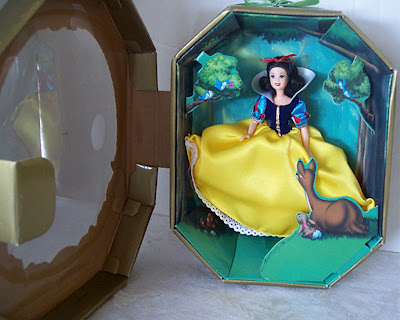 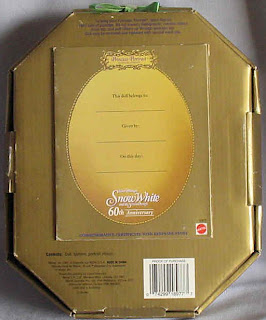