The Soup illustration seen in the earlier post was used in an assortment of Jaymar puzzles including this 300-piece boxed edition. 14" x 22". 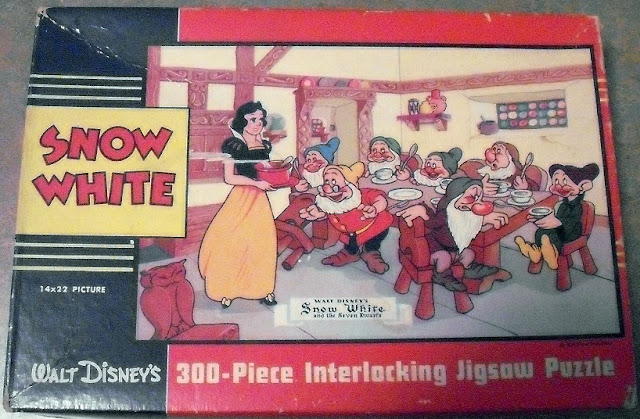 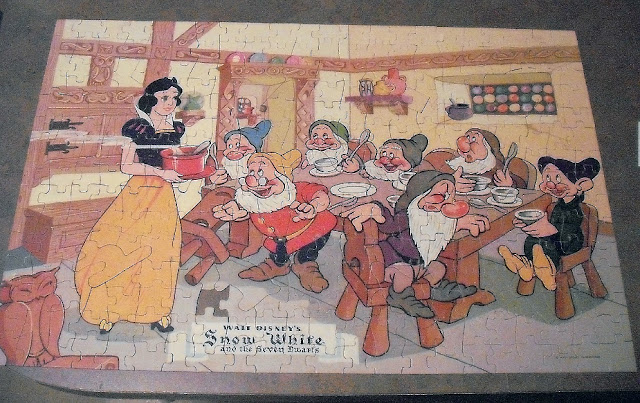 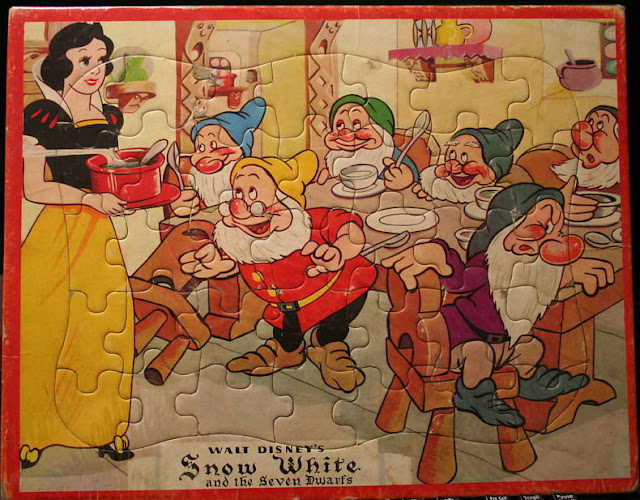 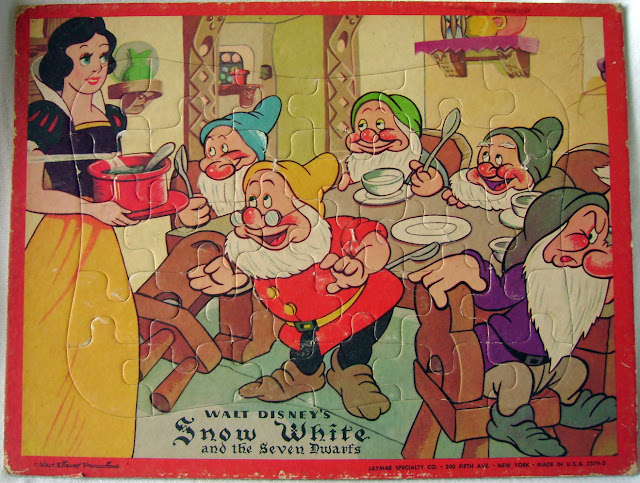 The same number and markings would appear again in the 4-puzzle set #2379-2, but it had a yellow boarder and red oval Jaymar logo. Set included Donald Duck, Mickey Mouse and the Three Little Pigs. 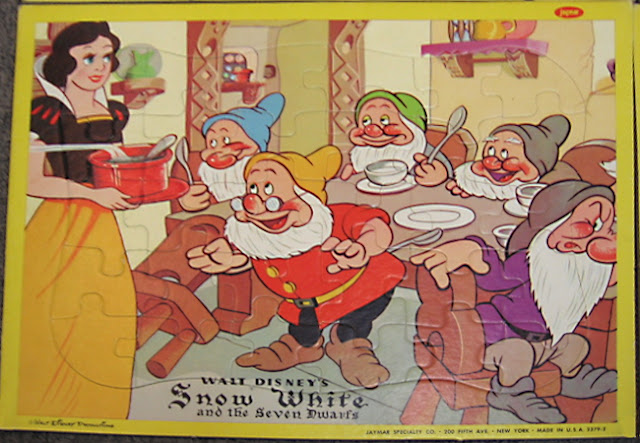 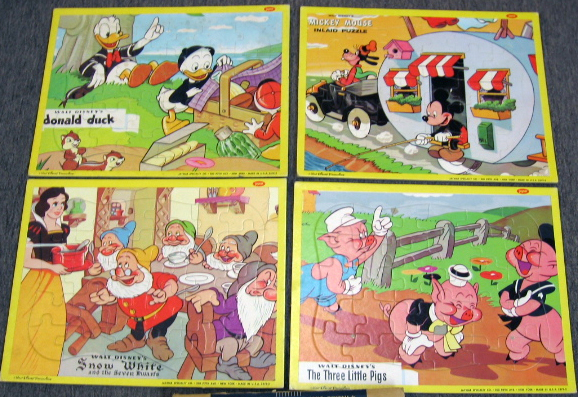 Set of four came packaged in this box. 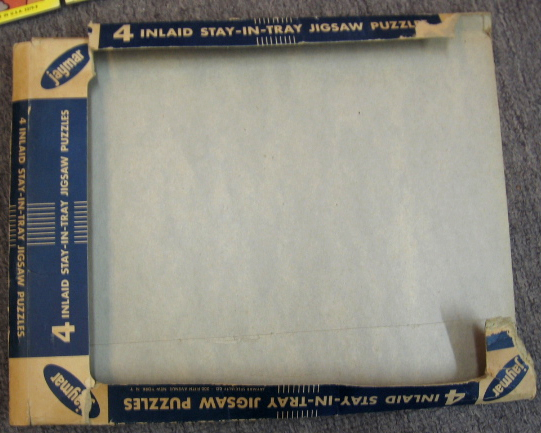 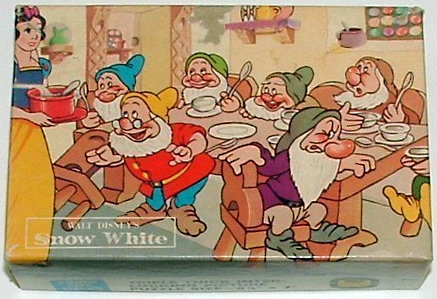 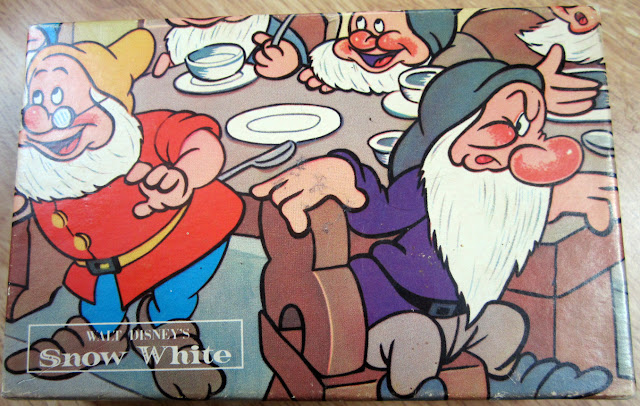 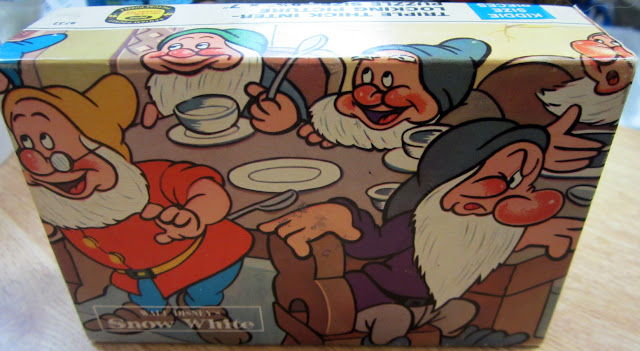 Jaymar also produced a "Picture Puzzle in the Round" series. 100+ pieces. Measures approximately 19" across. 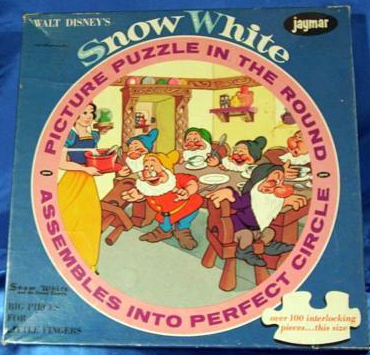 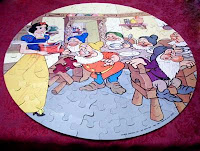