It was back in 2005 that Jim Shore's Disney Traditions line of sculptures got it's start. Several figurines were introduced that inaugural year including Jim's very first Snow White sculpt, the Seven Dwarfs' ''Homeward Bound'. It also happens to be his favorite Snow White piece; he keeps a copy of it on his studio work table. 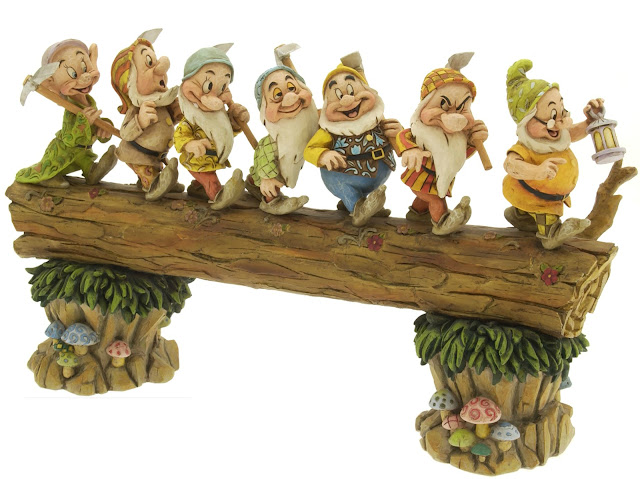 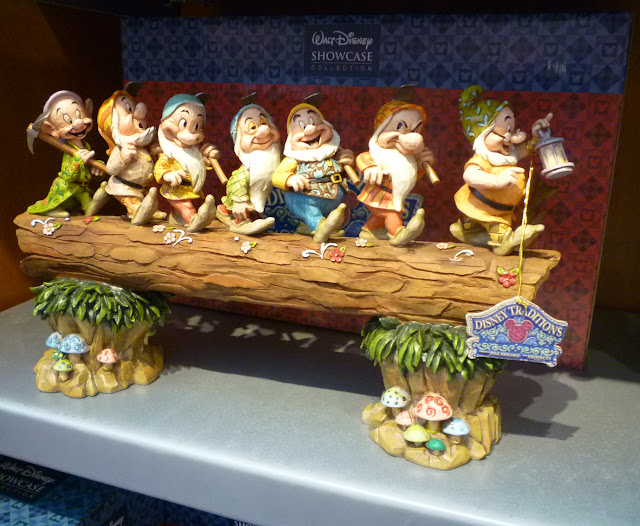 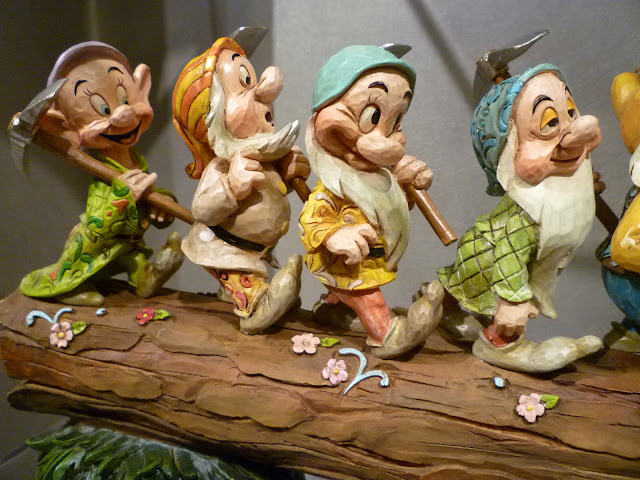 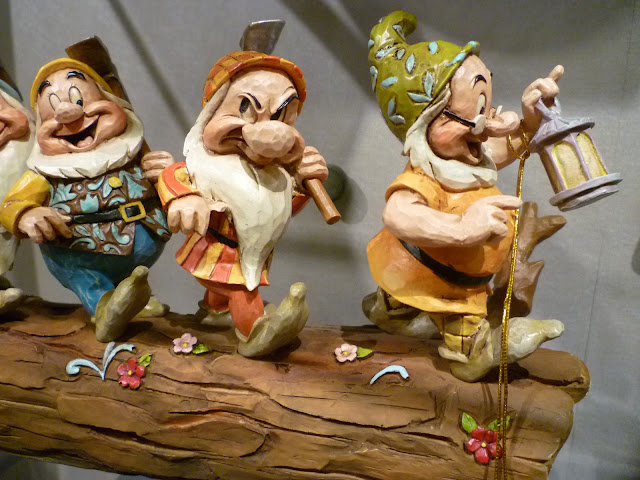 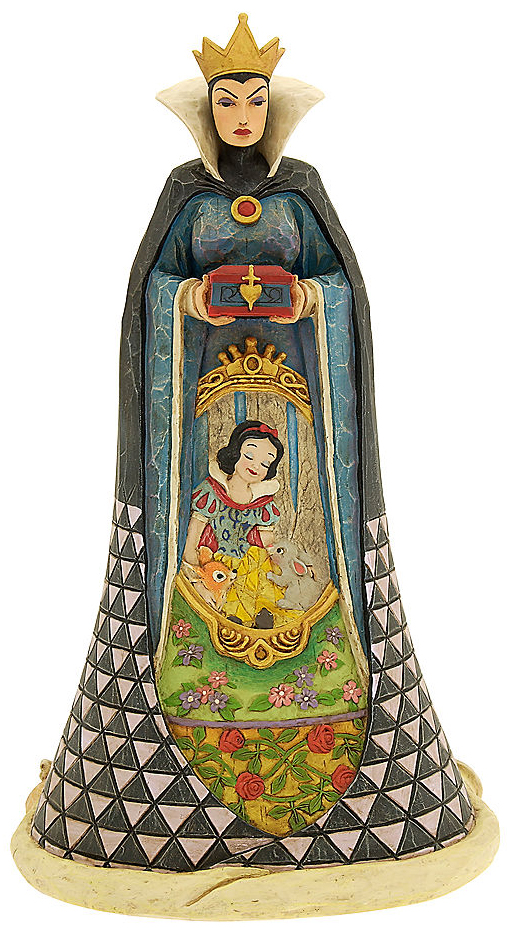 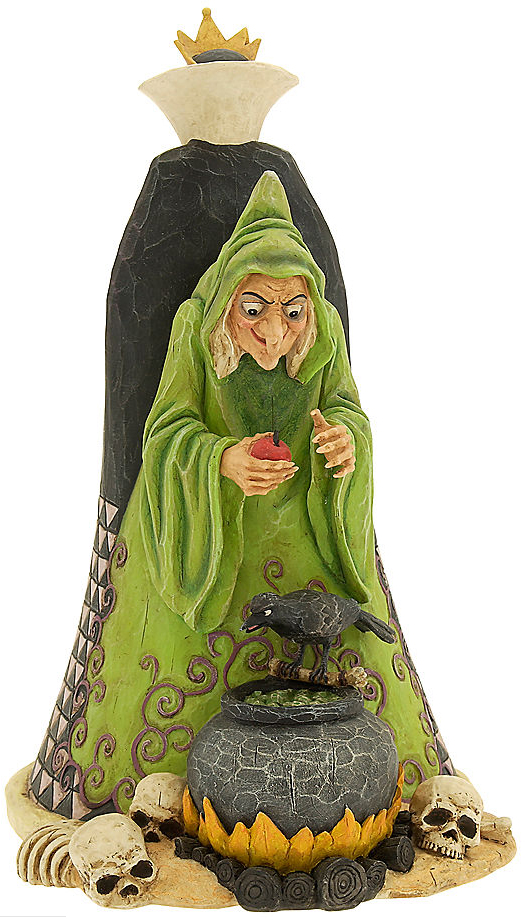 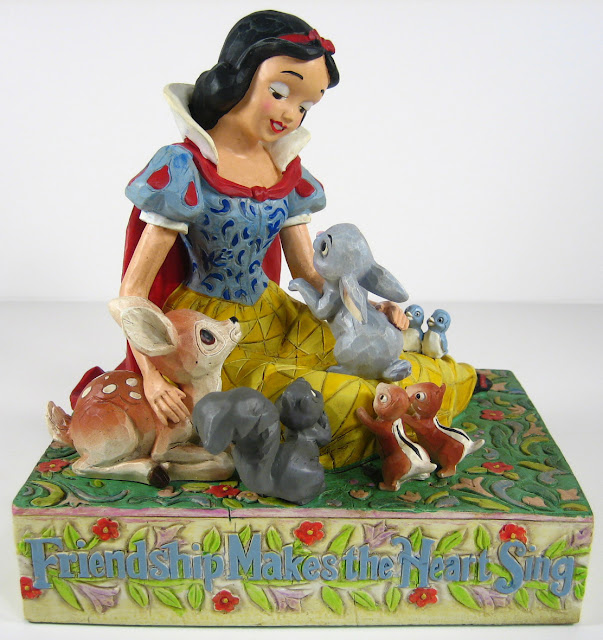 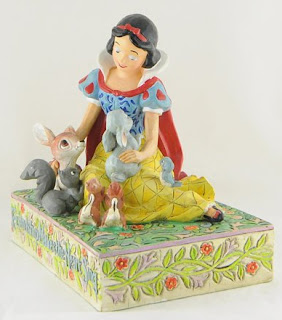 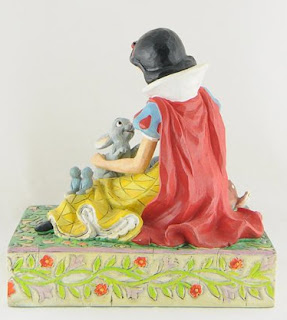 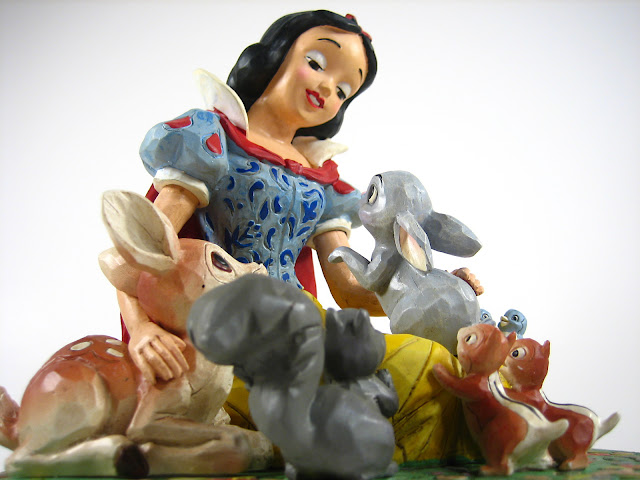 
The "Simply Adorable" Dopey figure was also introduced in 2005. Height 7". 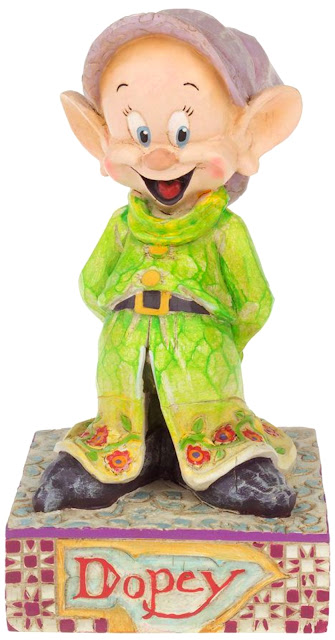 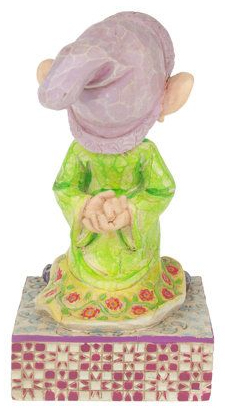 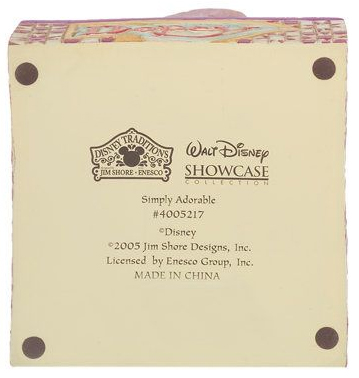 "It's All About the Attitude". Grumpy has one snazzy jacket in this 2005 sculpt. Approximately 7.5" tall. 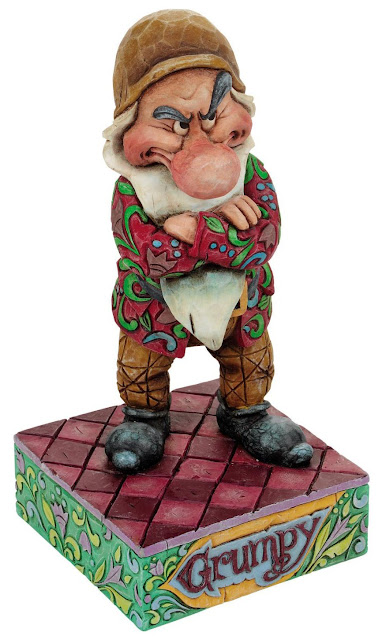 Just one of the many places these figures could be found--page 13 of the January 2009 Jim Shore catalog... 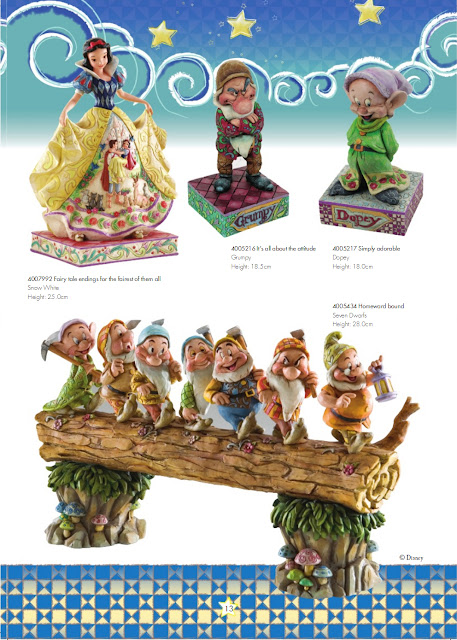 "Fairytale Endings for the Fairest of Them All'' was introduced to retailers by Enesco in September 2006. It was still available online at the Disney Store several years later in 2011. 9.5'' tall x 6.5" wide. Retail price was $54.50 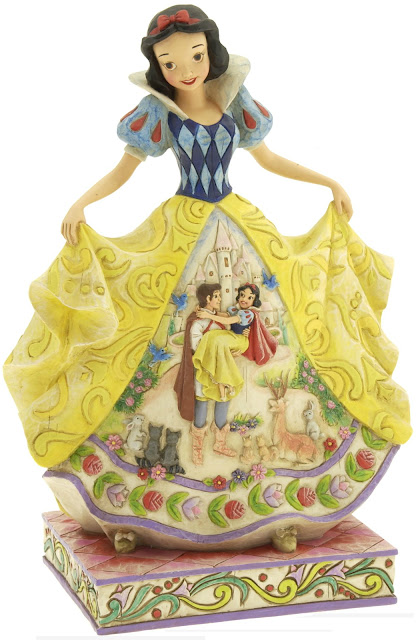 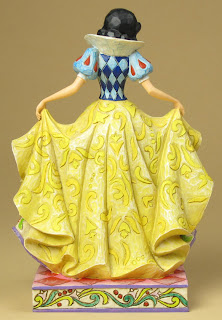 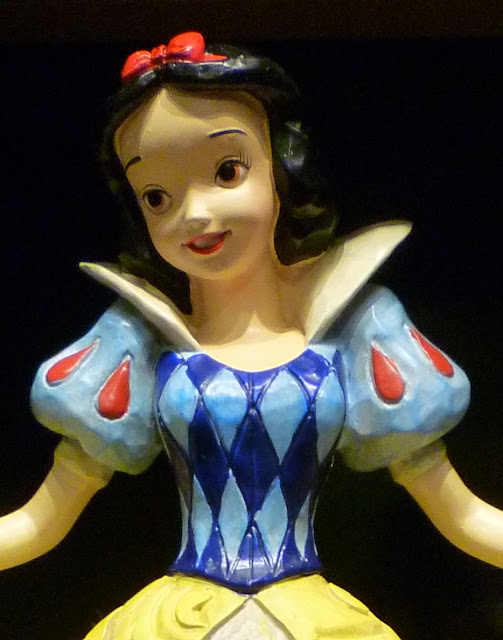 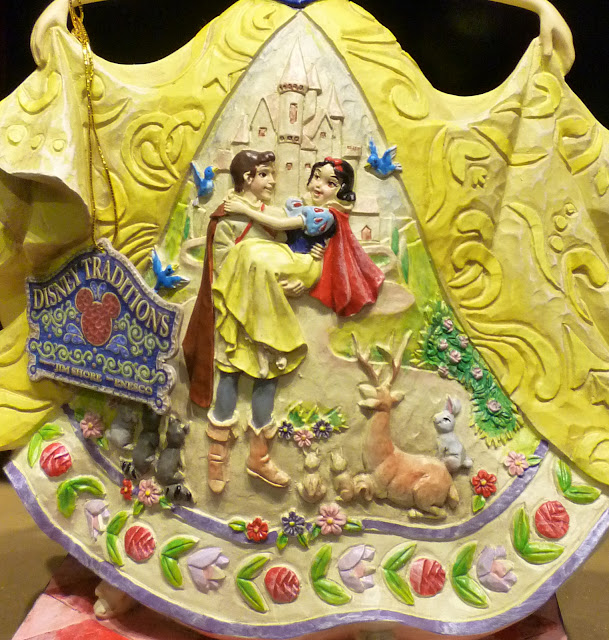 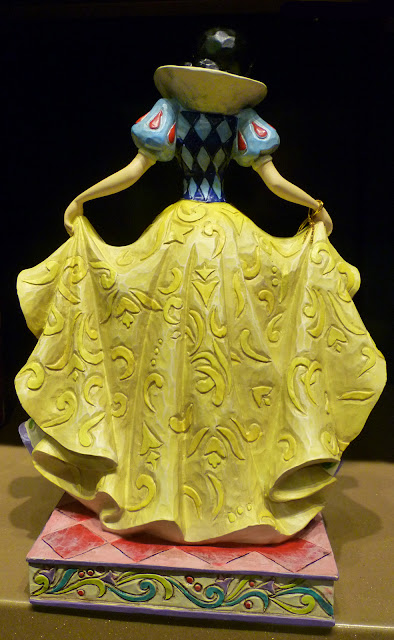 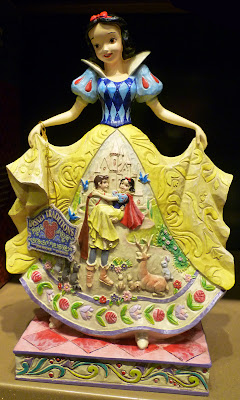 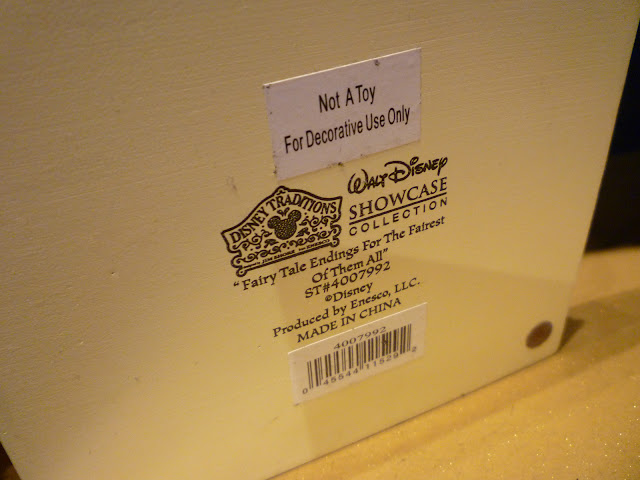 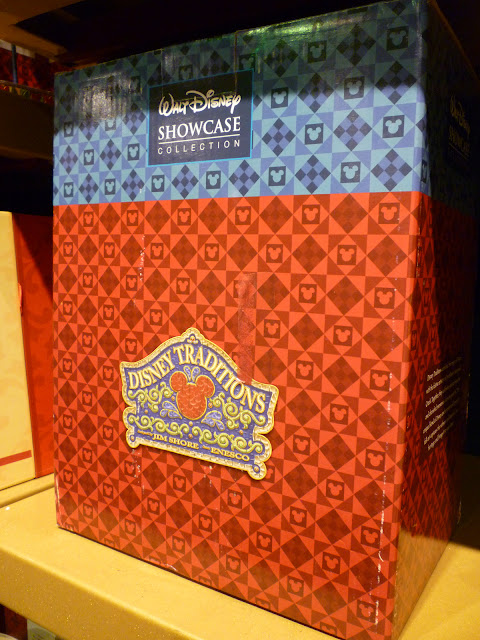 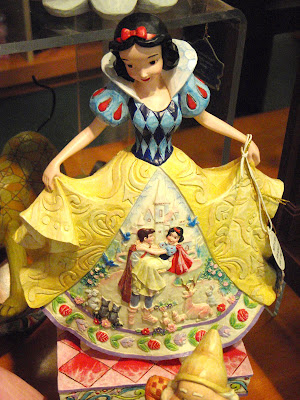 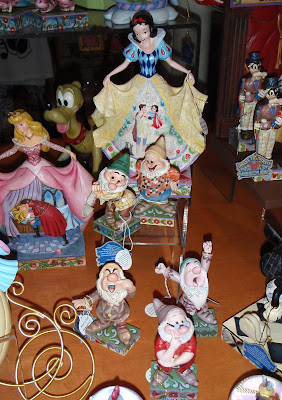 Knott's images courtesy of Tokyo Magic! at Meet the World. 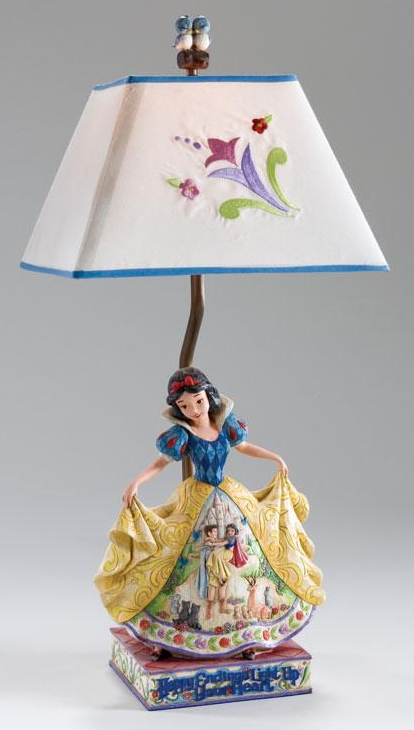 It was also sold as a light, the "Snow White Happy Endings Lamp", complete with a delicately embroidered shade. The base reads, "Happy Endings Light Up Your Heart". Stands approximately 23.5" high.