Although Snow White and the Seven Dwarfs had its 1937 premiere in Los Angeles, the rest of the world would still have to wait a while before seeing the film. It took time for Technicolor to churn out enough release prints to meet demand. In addition, RKO slowed the distribution process by requiring exhibitors to make special, higher-than-usual priced bookings for their engagements. The result was an erratic, yet still very enthusiastic general theatrical release.

A few first run theaters were showing the movie as early as January. It opened at Radio City Music Hall in NYC on January 13, 1938 as well as at the Sheridan Theater in Miami. Argentinean audiences were some of the first to see it internationally with a January 22 premiere in Buenos Aires.

Disney's official general release date was February 4, 1938. Yet, there weren't enough prints made by Technicolor to cover the second run or neighborhood theaters until later. Also theaters were studio-owned back then, and it was not unusual for a film to be "held over" a few weeks before being sent on. This might explain the March 3rd "opening" we see in the flyer below (due to the extended Radio City engagement).

Movie theaters that ran RKO films would hand out to patrons a type of herald called the RKO Newsette. This free 4-page paper carried bits of Hollywood news and trivia, but it also served to promote upcoming releases. A rare treasure, this particular issue (Vol. XXI; No. 16) dates from exactly 75 years ago today and announces the March 3rd opening of Snow White at the RKO 58th Street Theater in NYC. 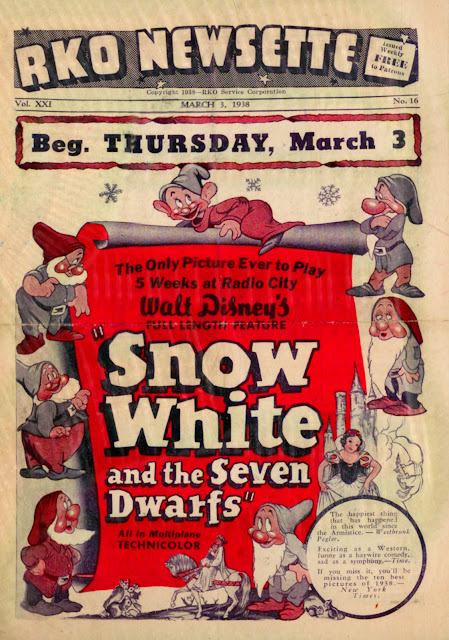 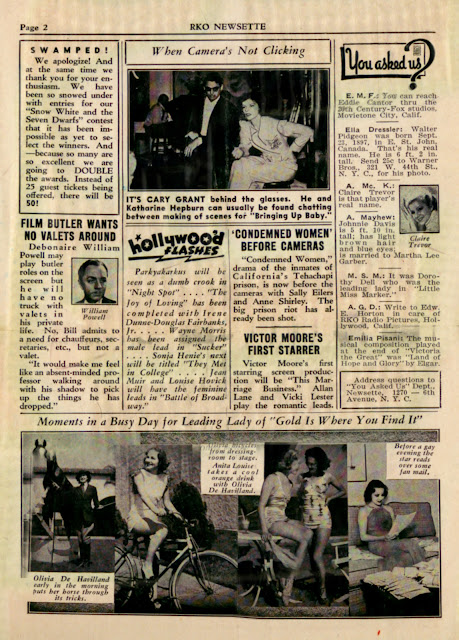 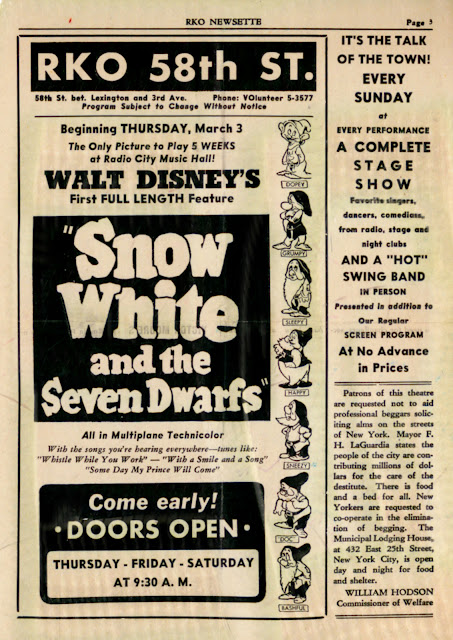 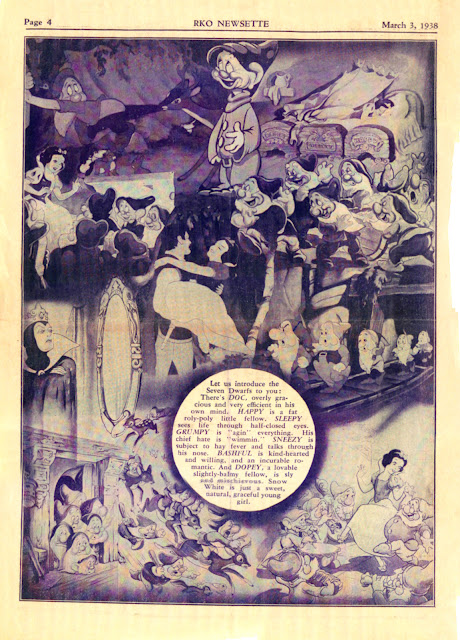 Special thanks to Michael Filippello for sharing the RKO Newsette info and images from his Snow White collection.
Posted by Snow White Archive at 12:01 AM