I have a friend who is currently attending grad school in India, and late last year, she happened to come across this 100-page comic book. (Measures 7" x 5" when closed.) Issued in 2012, it features a cover illustration of Snow White and the Dwarfs in the style used for the 2009 Blu-ray/DVD. 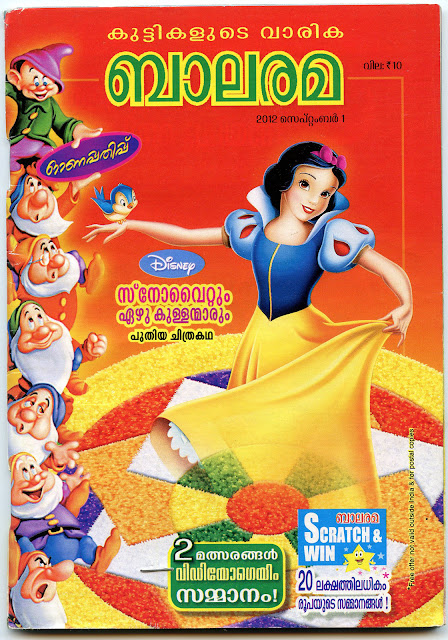 Except for a sprinkling of English words here and there, the vast majority of text is printed in the Malayalam language, which is basically only found in Kerala, India. The weekly comic magazine is called "Bālarama". It started publication back in 1972 and is known for reproducing various American comics, including Disney.

A "Scratch & Win" card featuring a national cricket player was stapled to the first page. 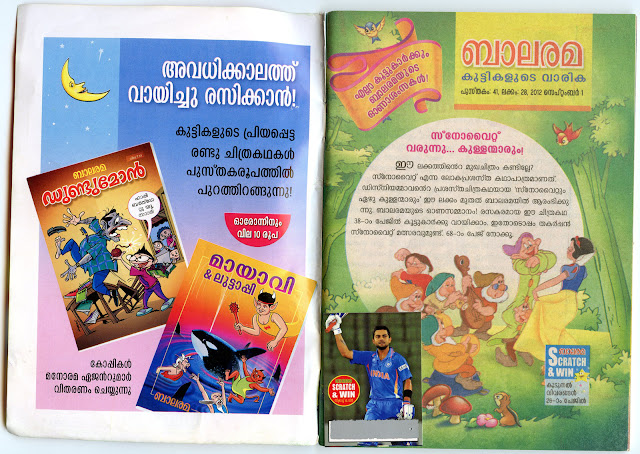 Most of the book is filled with more traditional Indian-looking comics featuring Hindu deities and similar content. 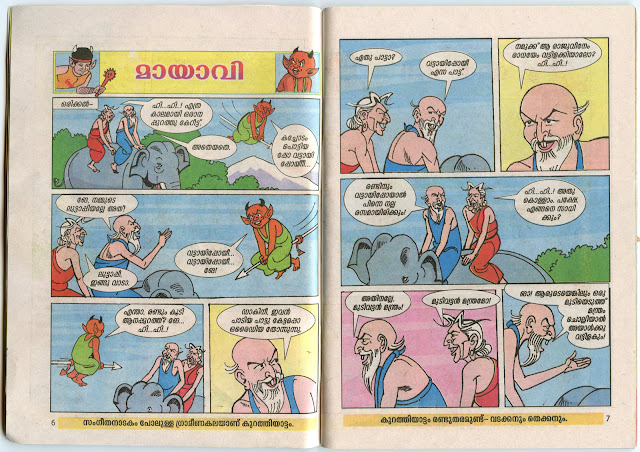 Yet, the mythical tale of Snow White is a universal one and actually feels right at home here. The comic strip tells the story up to the point where the Queen has ordered the huntsman to kill the princess. It probably continues in a subsequent issue. 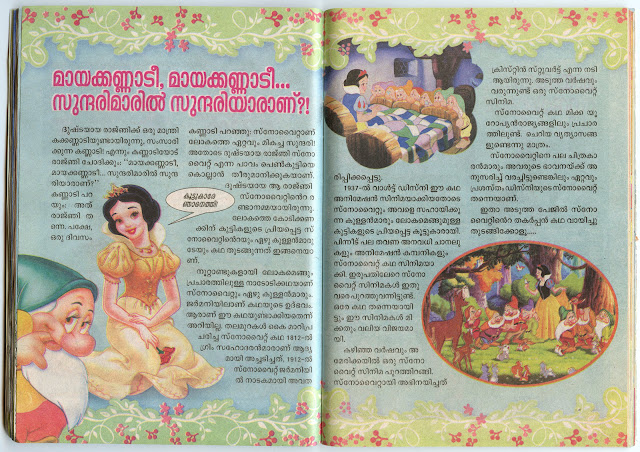 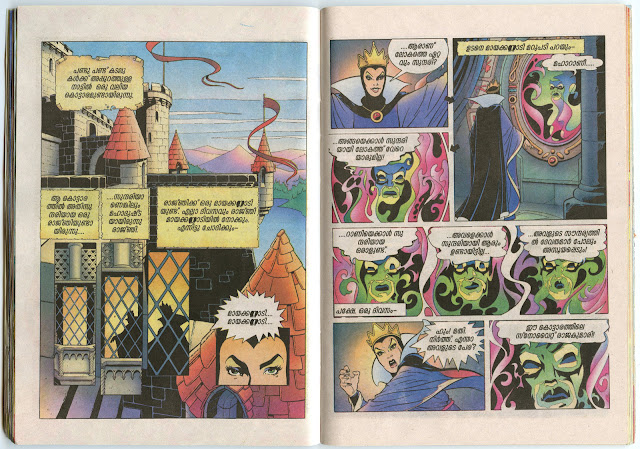 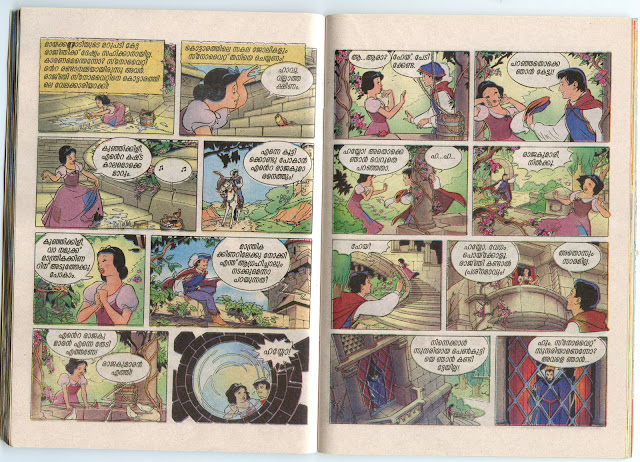 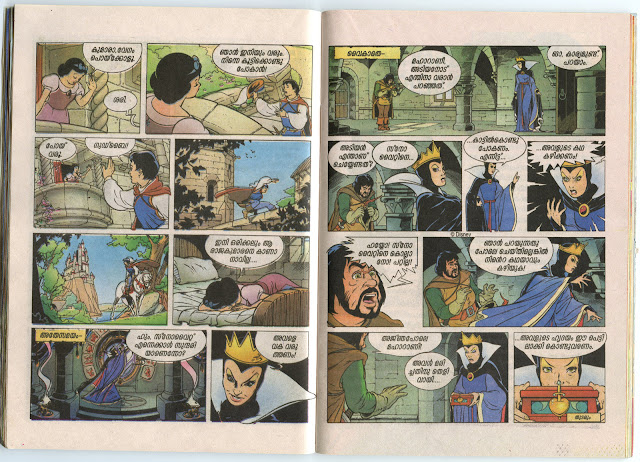 Snow shows up again later in an ad for what appears to be some sort of video game contest or order form. 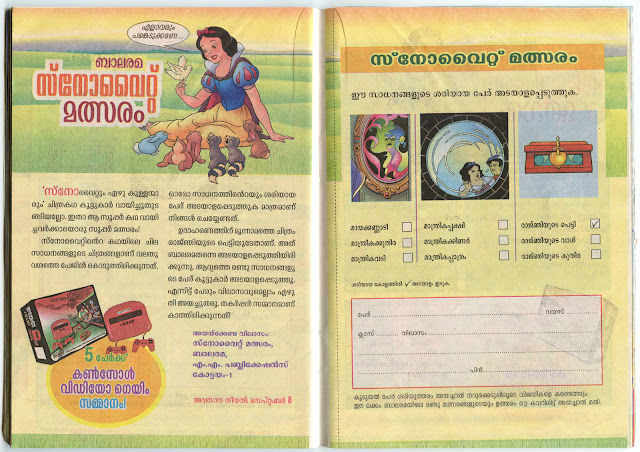 Thanks to Snow White enthusiast Nunziante Valoroso, we know a bit more about the actual Snow White artwork and story found within this book. It was originally printed in a hardback, 44 page glossy edition by Dargaud in France. Date of first publication was 1991, origin Disney Europe. The text was written by Régis Maine, illustrations by Santiago Barreira, and ink by Comicup Studio. For more info, see I.N.D.U.C.K.S.

Also thanks to Kottayam Cet for additional information and to Jess Haven for sharing this unique Snow White find.
Posted by Snow White Archive at 12:01 AM