In 1938, a 78 rpm three-record set of the original Snow White soundtrack was released in Italy. It was issued by the RCA subsidiary, La Voce del Padrone (His Master's Voice) and manufactured in Milan. The album cover was, of course, in Italian. Surprisingly, though, the audio content was not. 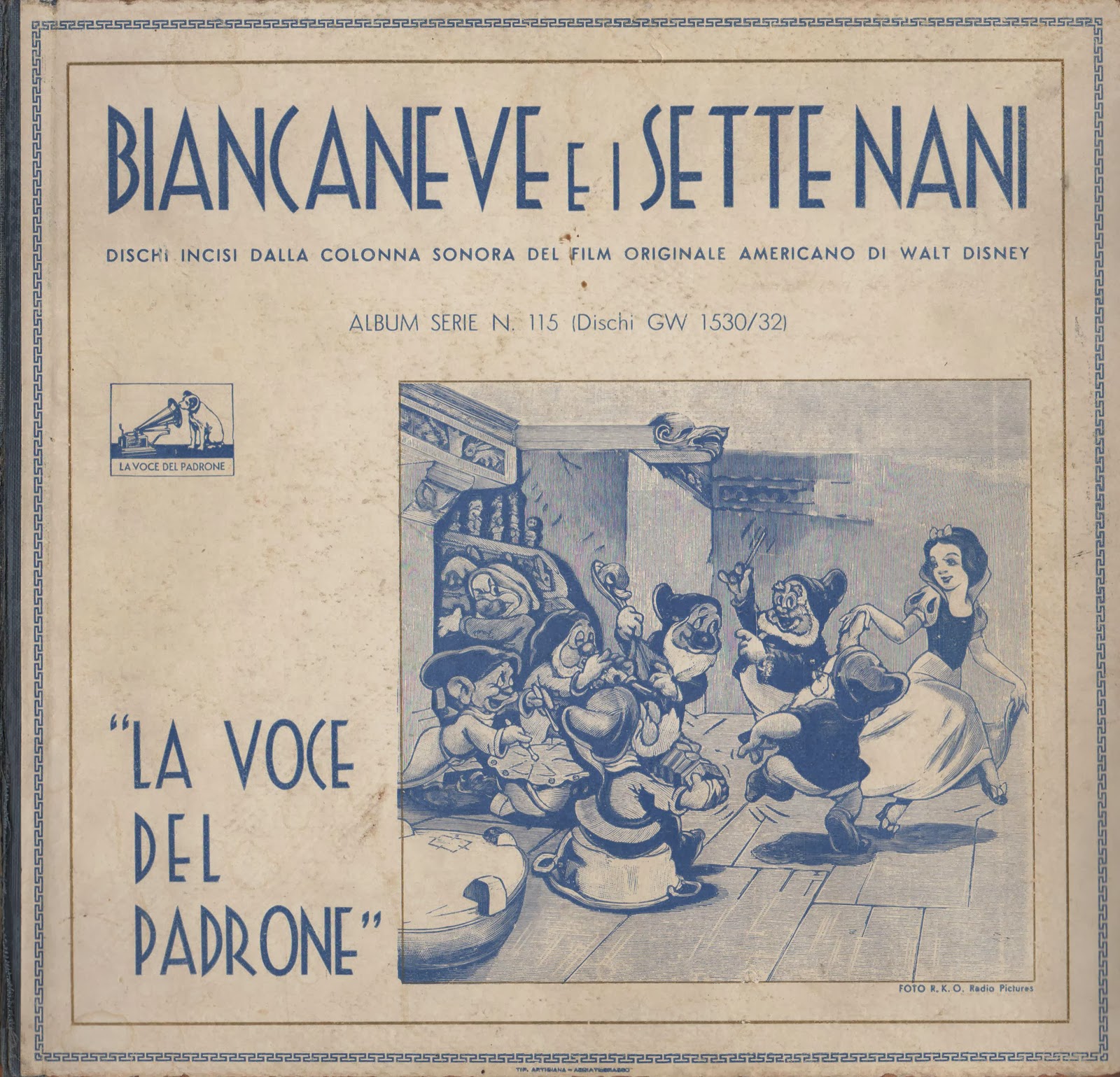 The songs are actually the same English-language recordings found on the American and British releases, even though the labels are printed mostly in Italian. As with the French record album, it's possible that there were extenuating circumstance as to why the movie dub wasn't issued on disc, such as copyright or other complications. According to researchers Nunziante Valoroso and Lino Cappellini, one potential reason for this is that the three-record set may simply have been distributed before the actual Italian dubbing of the film had occurred. Lina Pagliughi--the singing voice of Snow White in the movie--was very popular at the time; so it seems strange that an Italian soundtrack album wasn't made available. 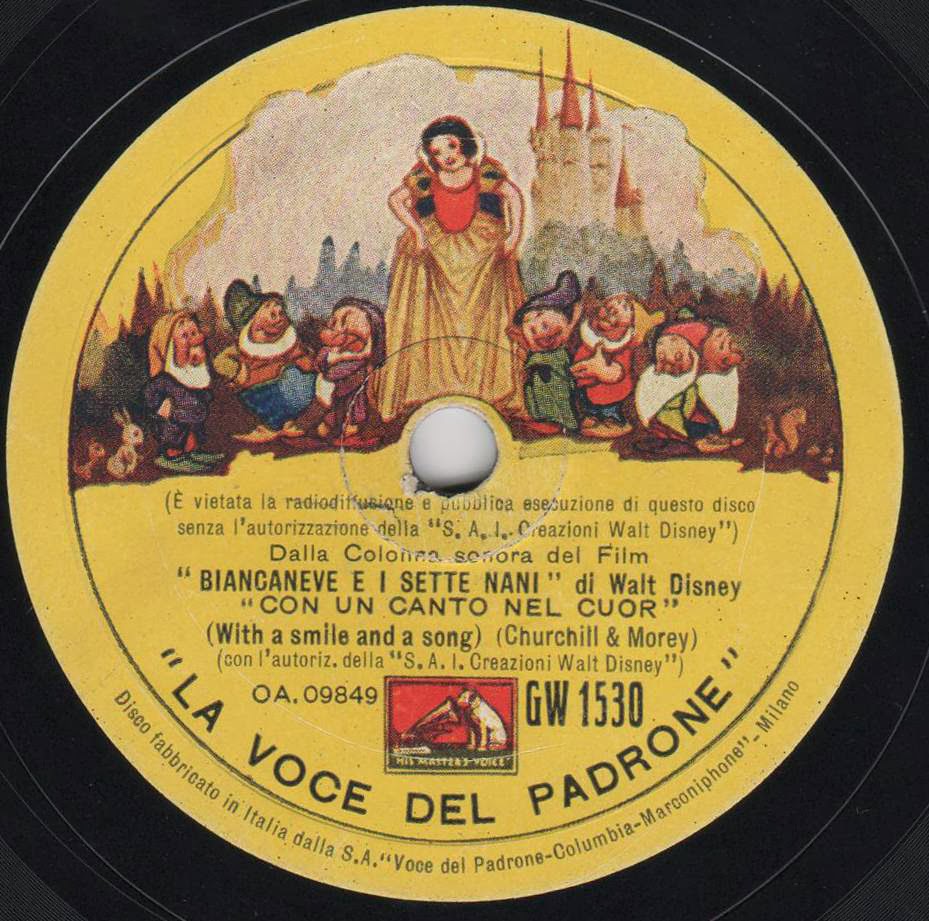 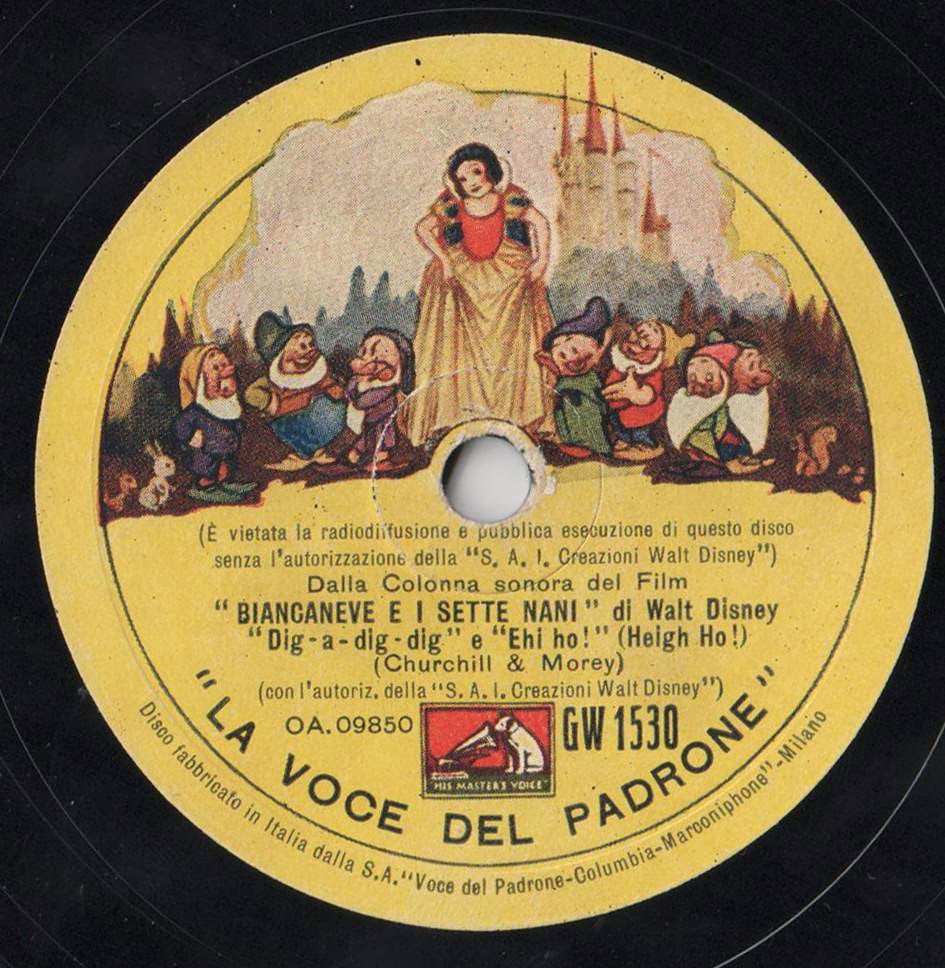 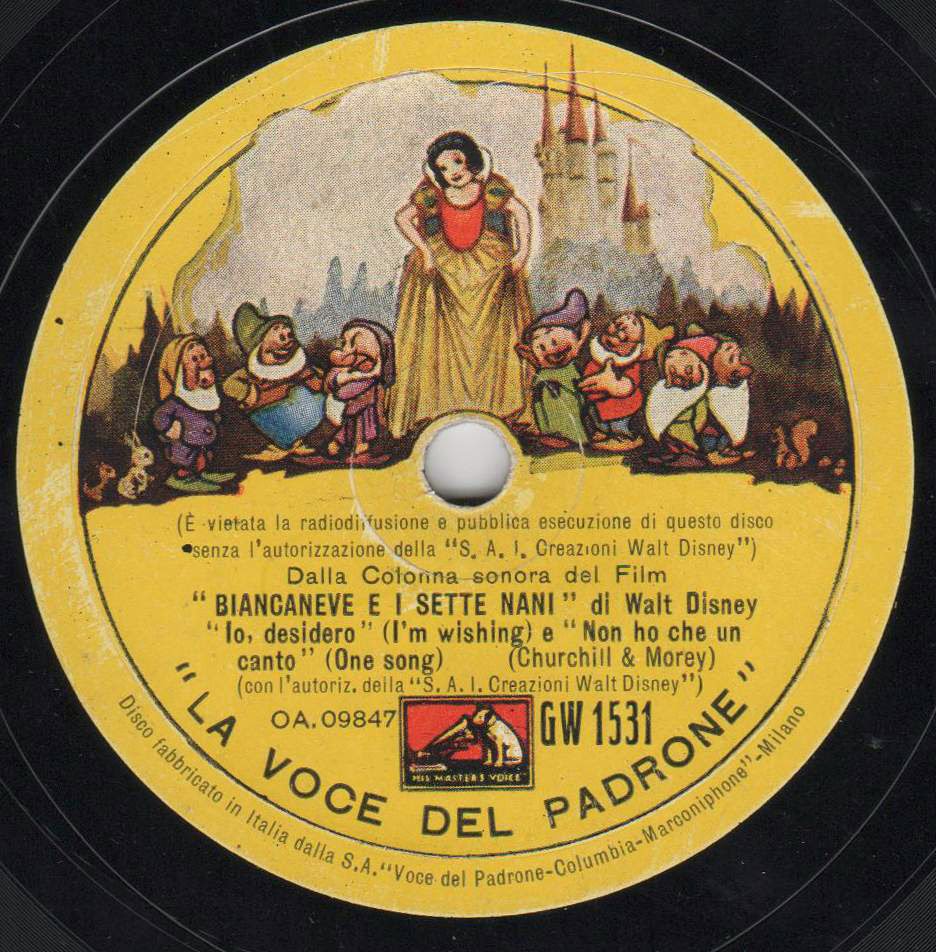 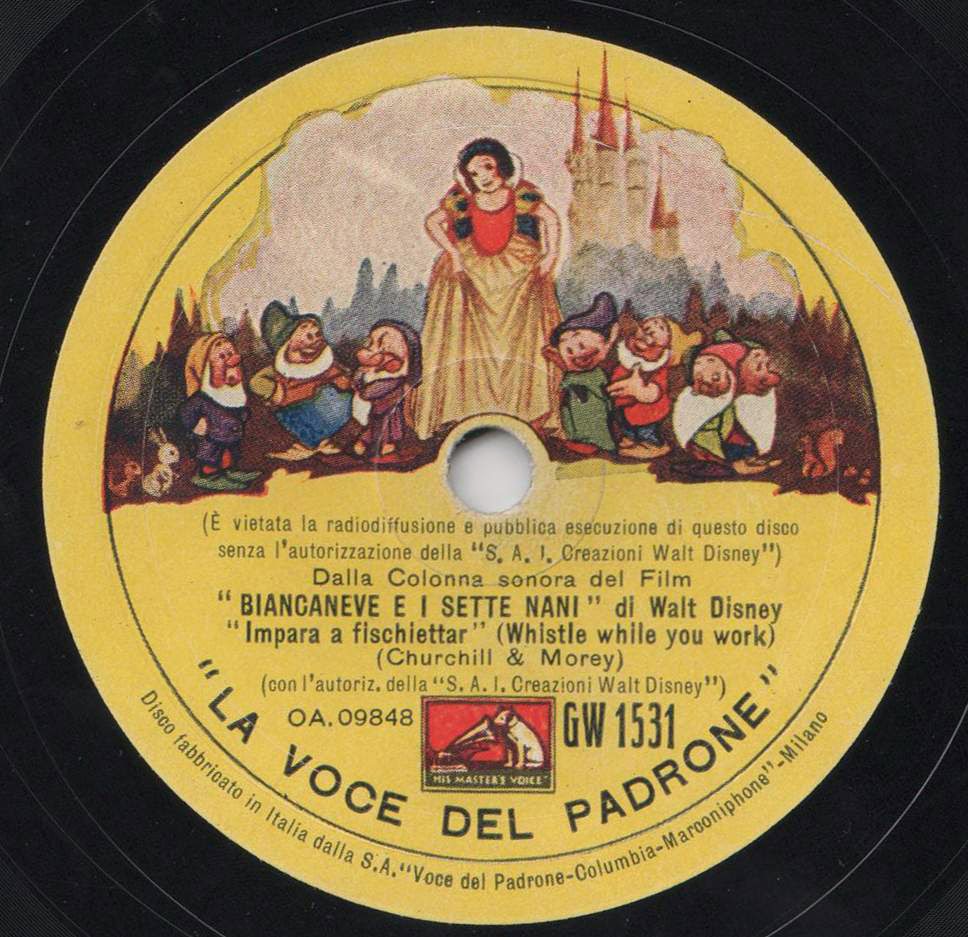 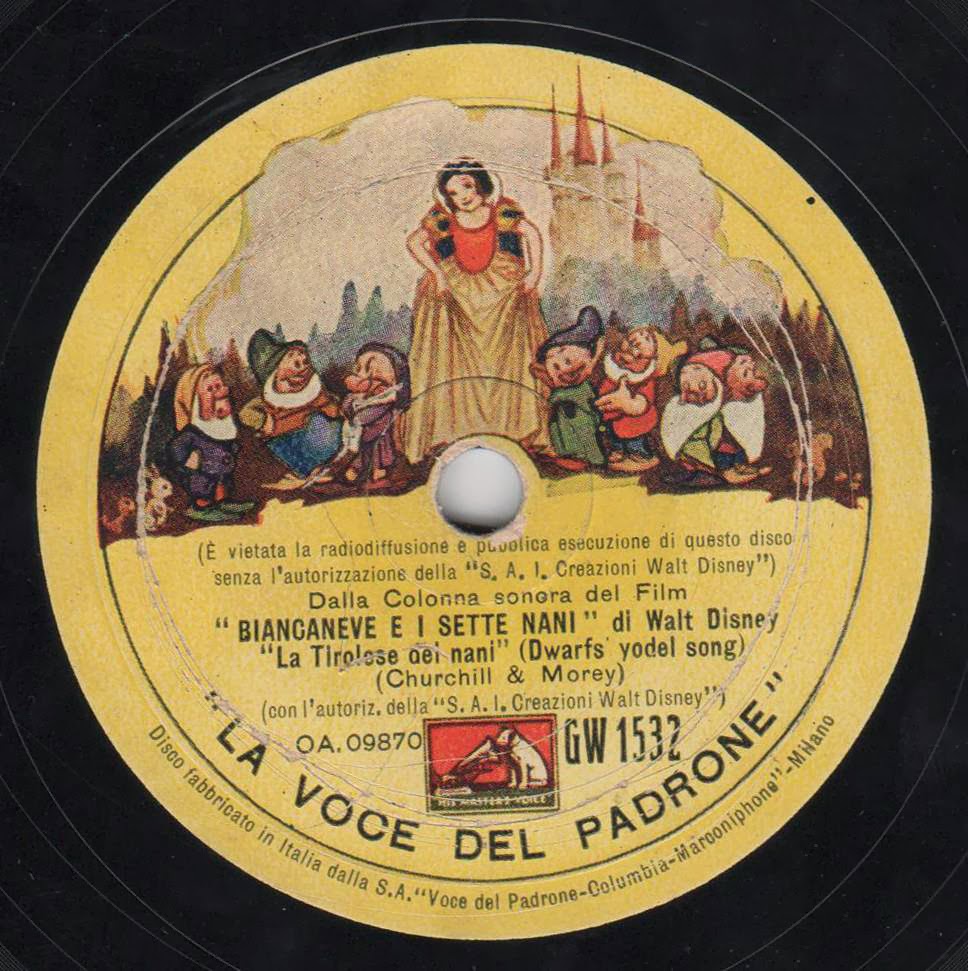 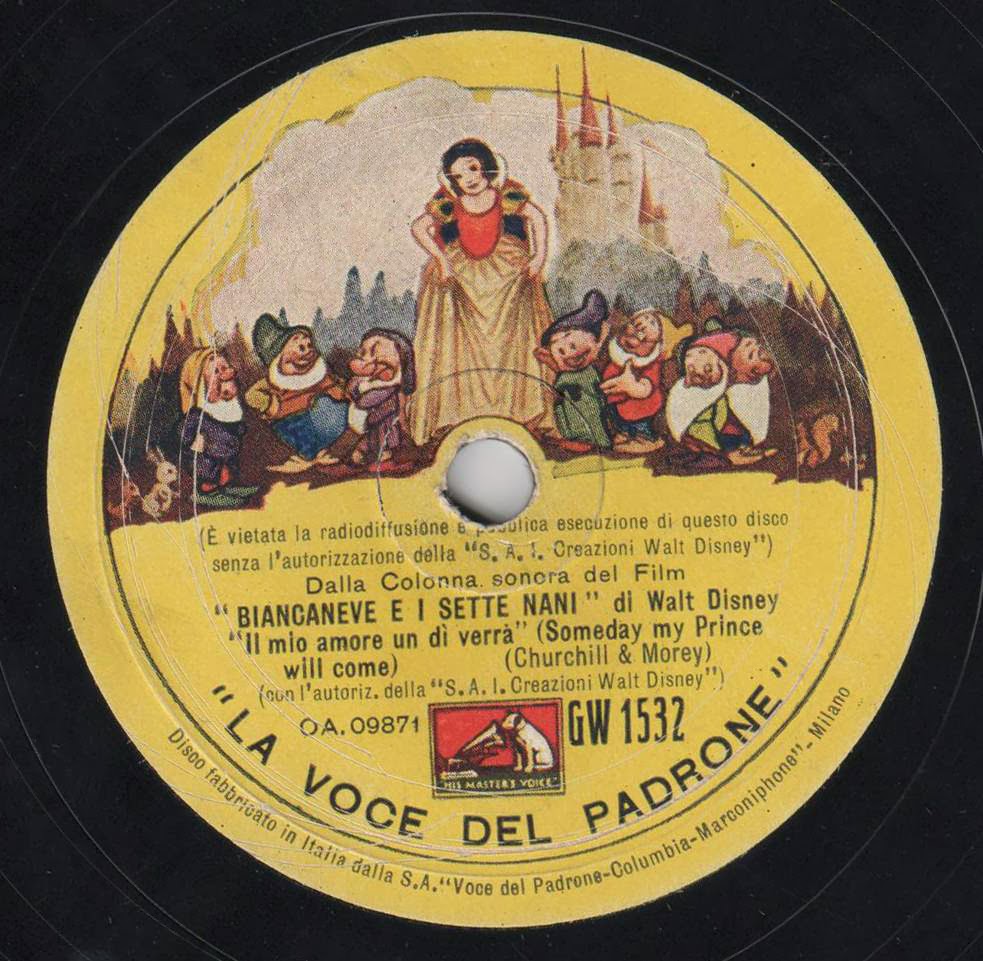 An Italian-language Snow White record was released in 1939, though it contained cover songs and not the actual soundtrack from the movie. It wasn't until 1962 that the original 1938 dub with Lina Pagliughi was issued on a record album (see in another post). It was released in conjunction with the theatrical return of the film in Italy that year.

Special thanks to Nunziante Valoroso and Lino Cappellini for their assistance with this article. And to Greg Philip of A Lost Film for sharing his record images.

Another album cover printing has been found which is near identical to the one above except for the small print at the very bottom. 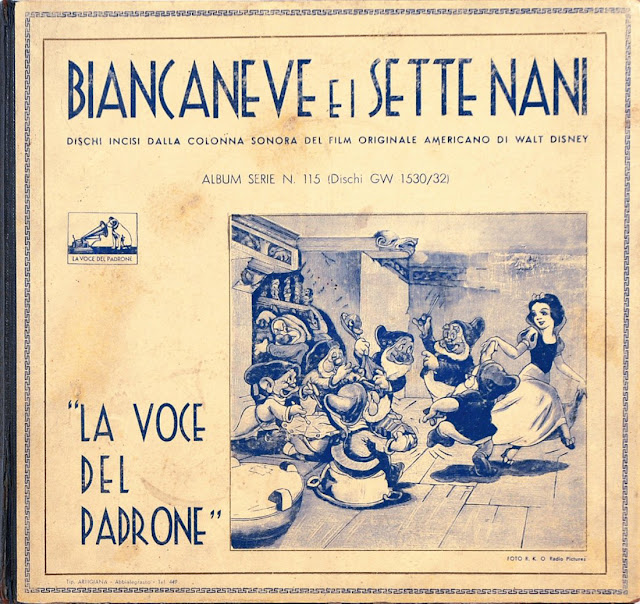