An official Snow White program was issued for the 1979 Radio City Music Hall stage show. It contains a total of 36 pages (including both sides of the front and back covers). Here's a few samples... 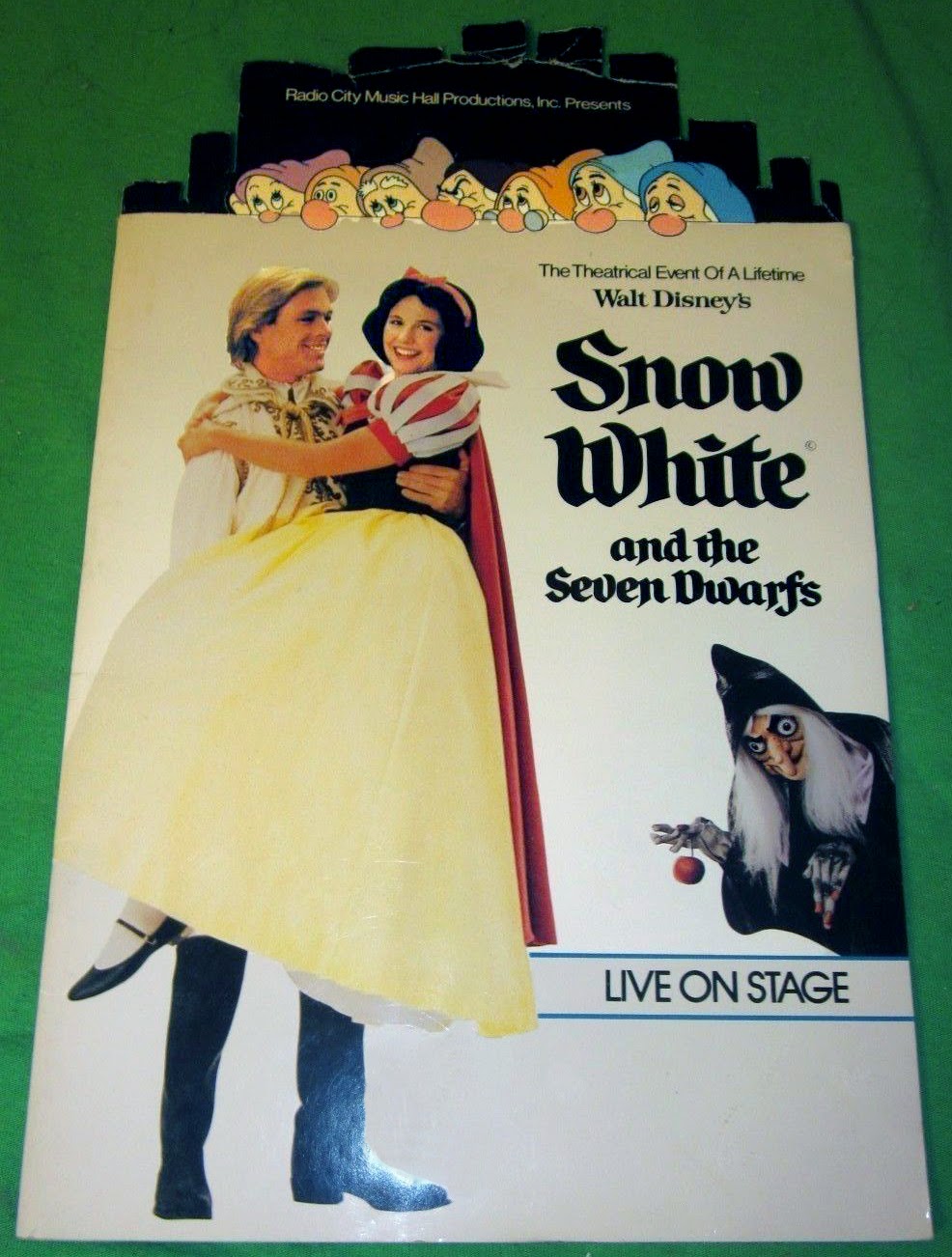 The front cover features a charming illustration of the Dwarfs peeking their noses over the top with a city skyline behind. 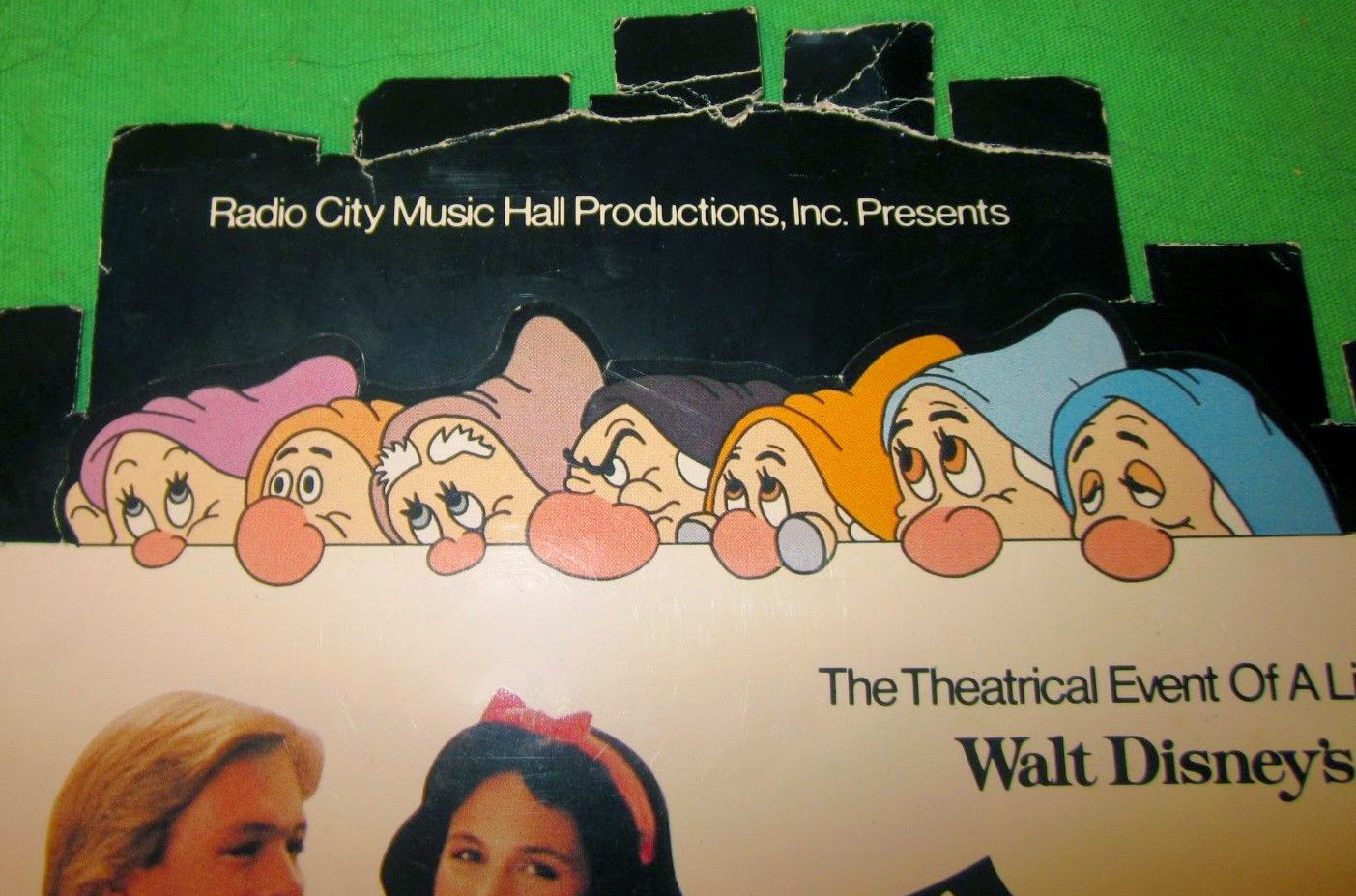 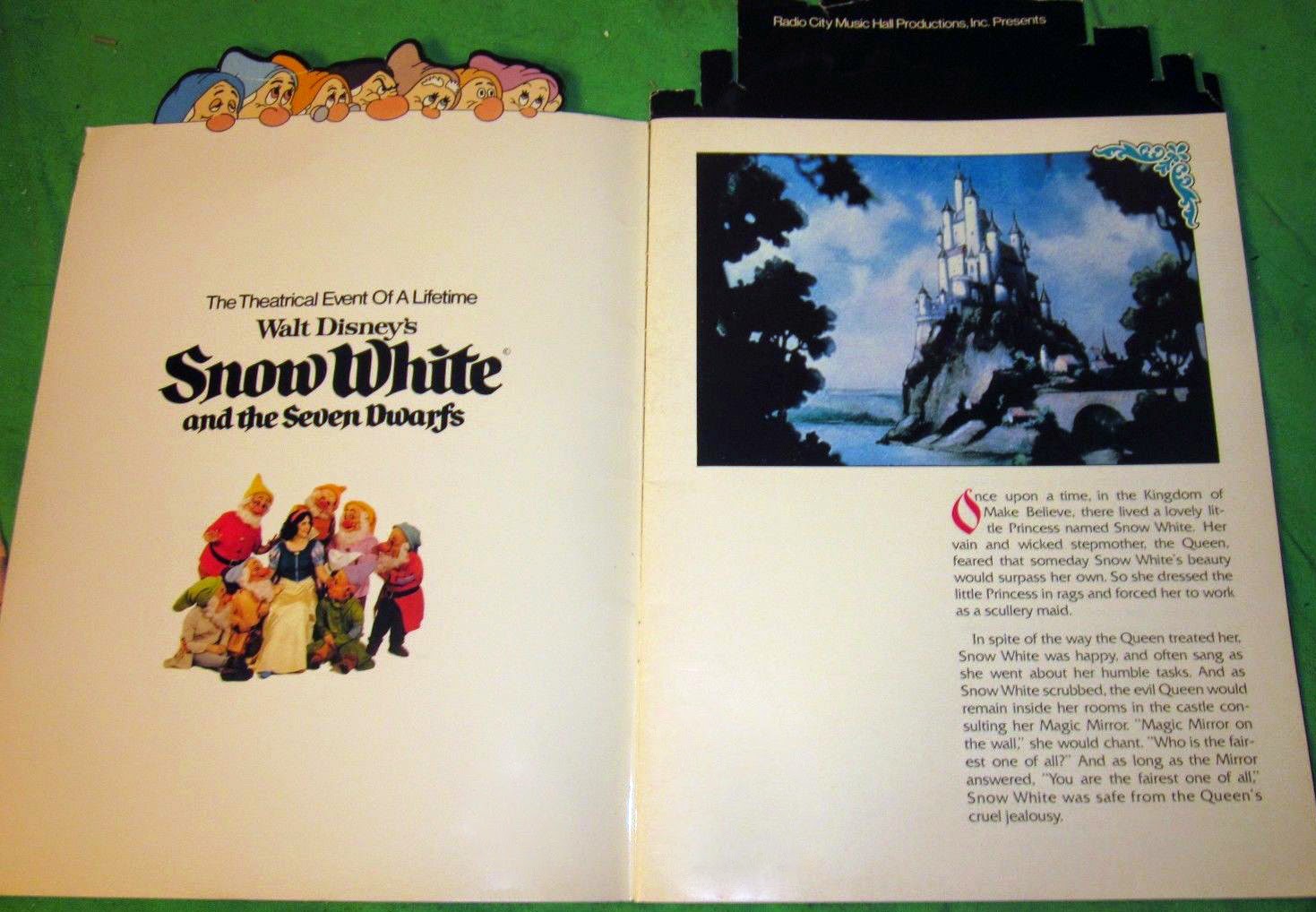 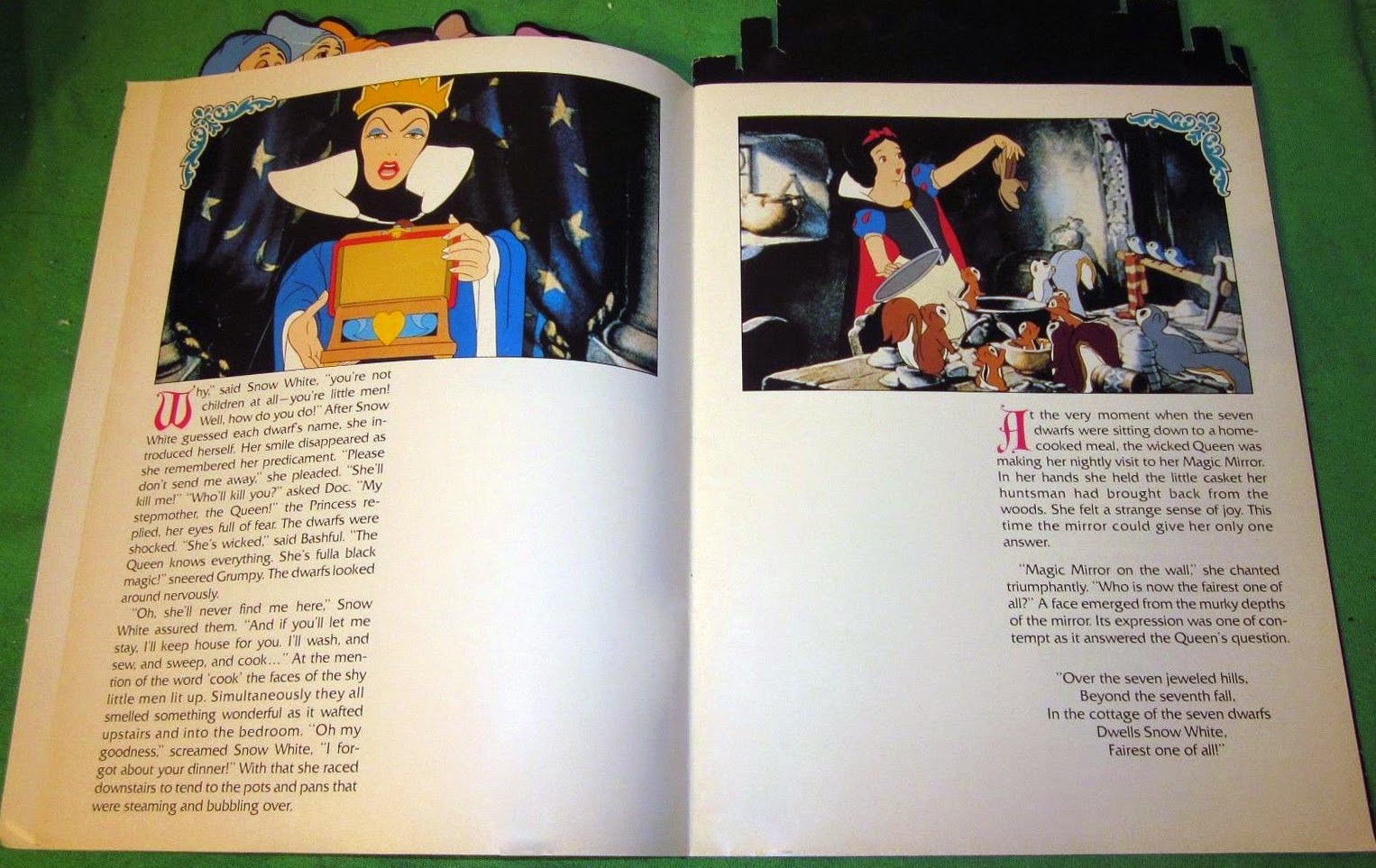 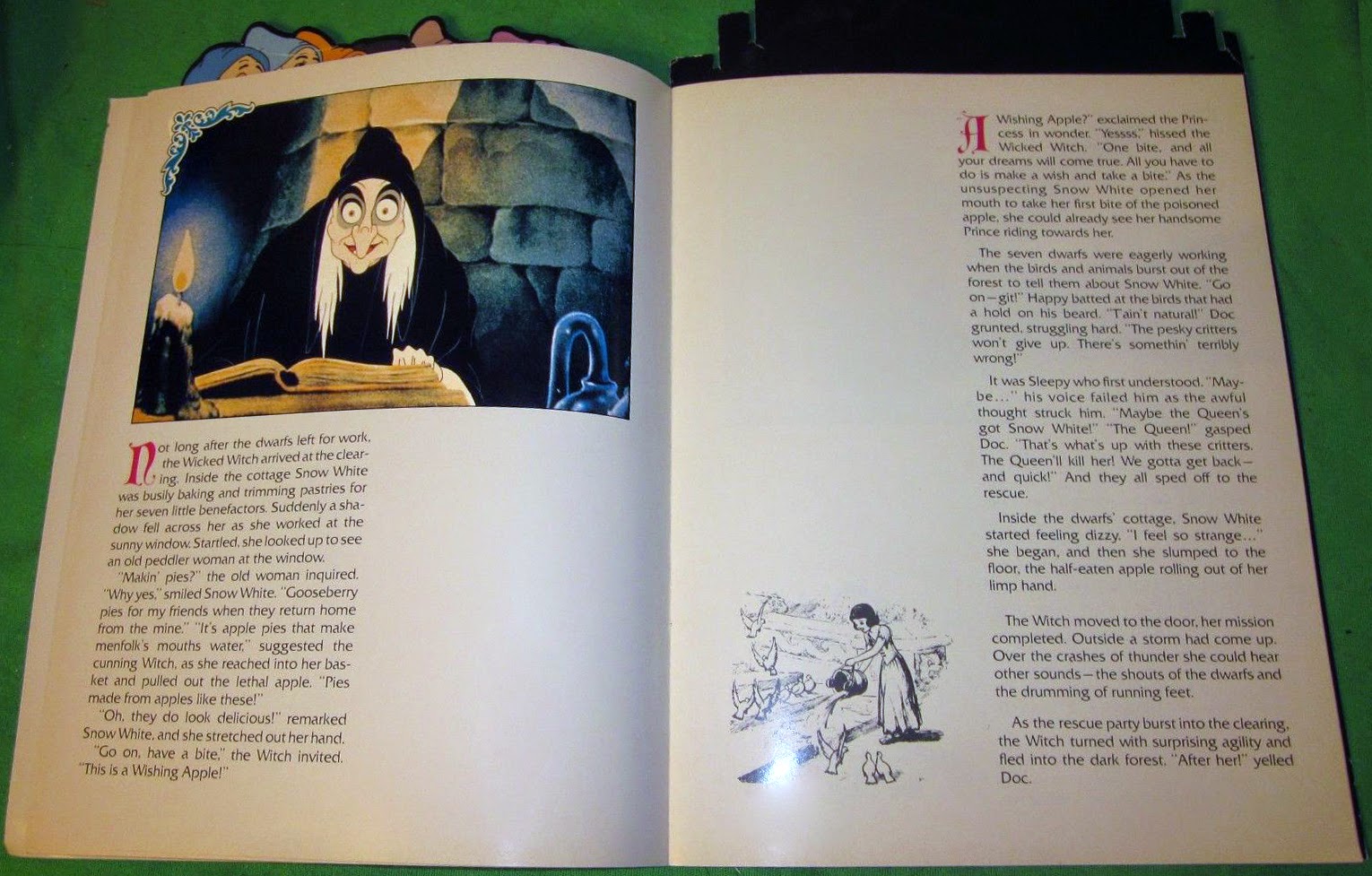 The making of the movie. 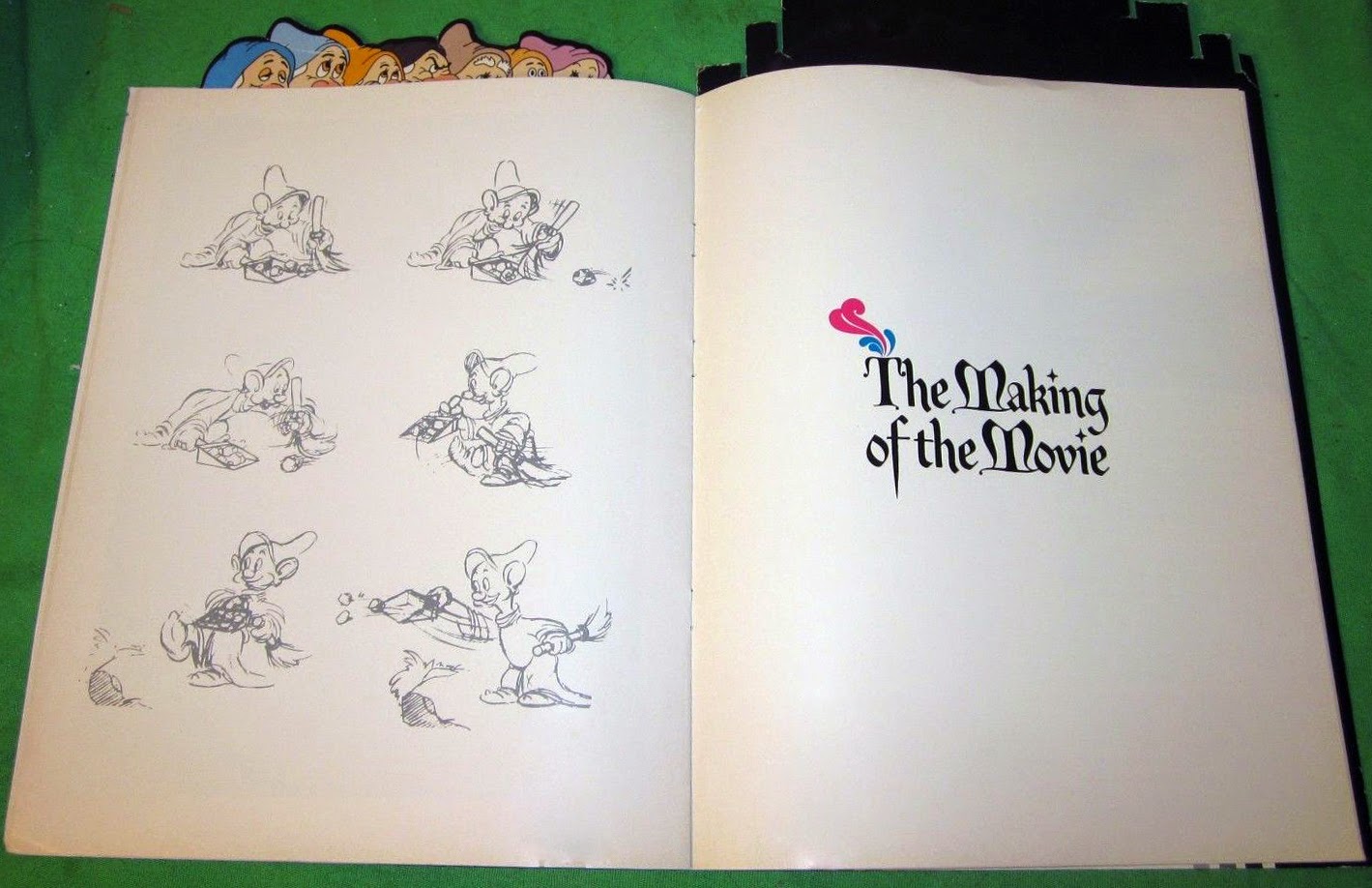 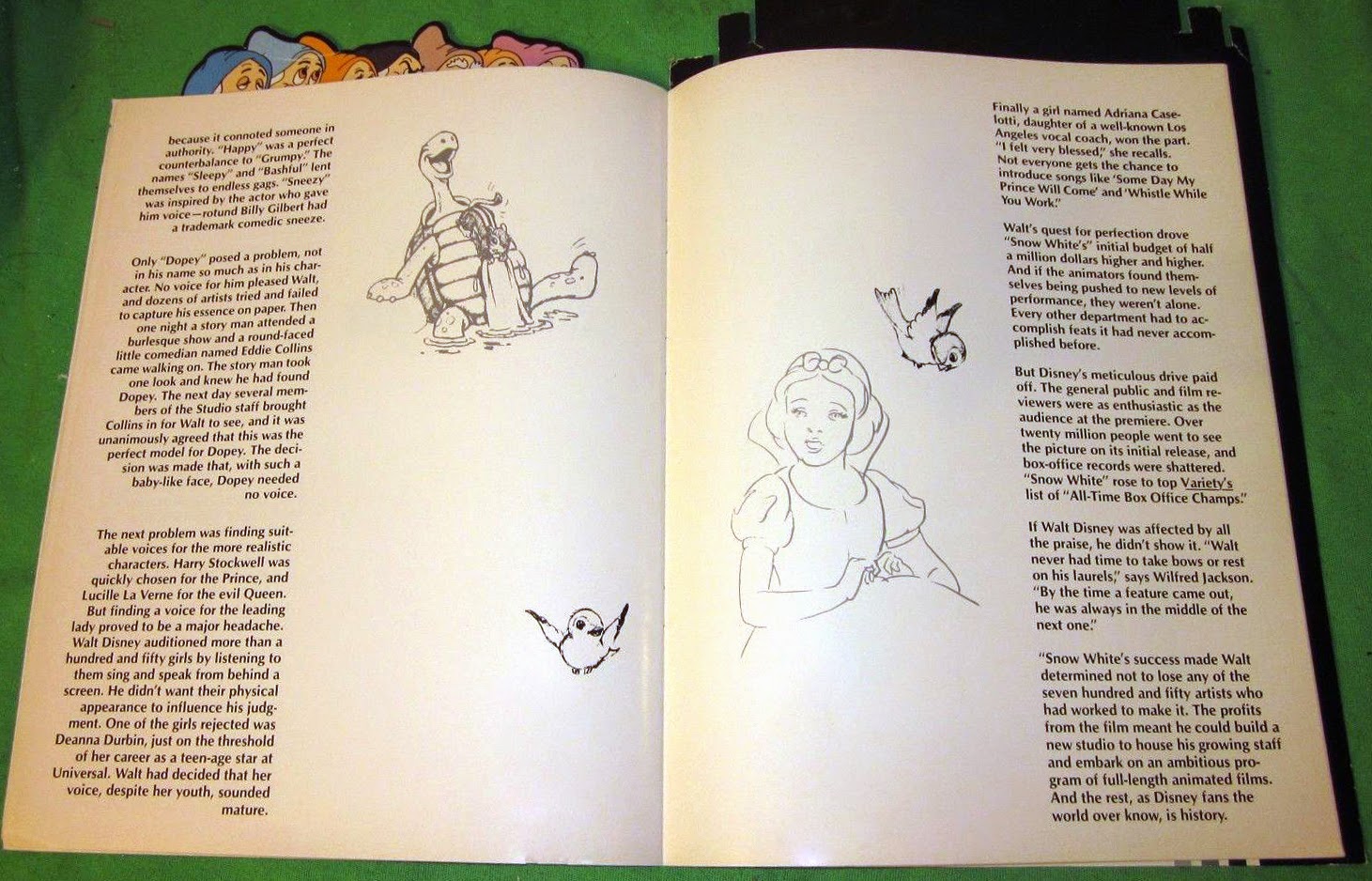 The making of the stage production. 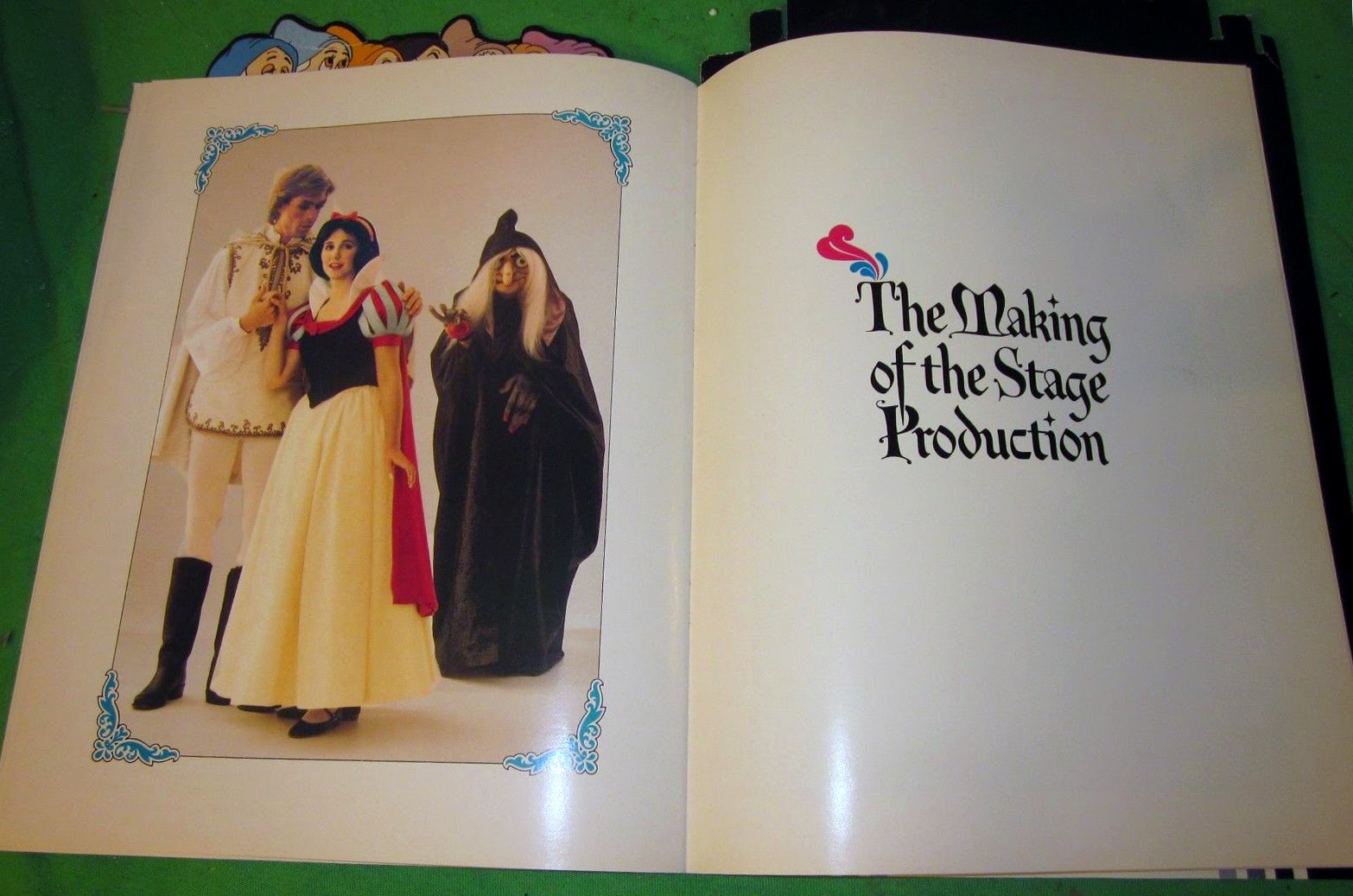 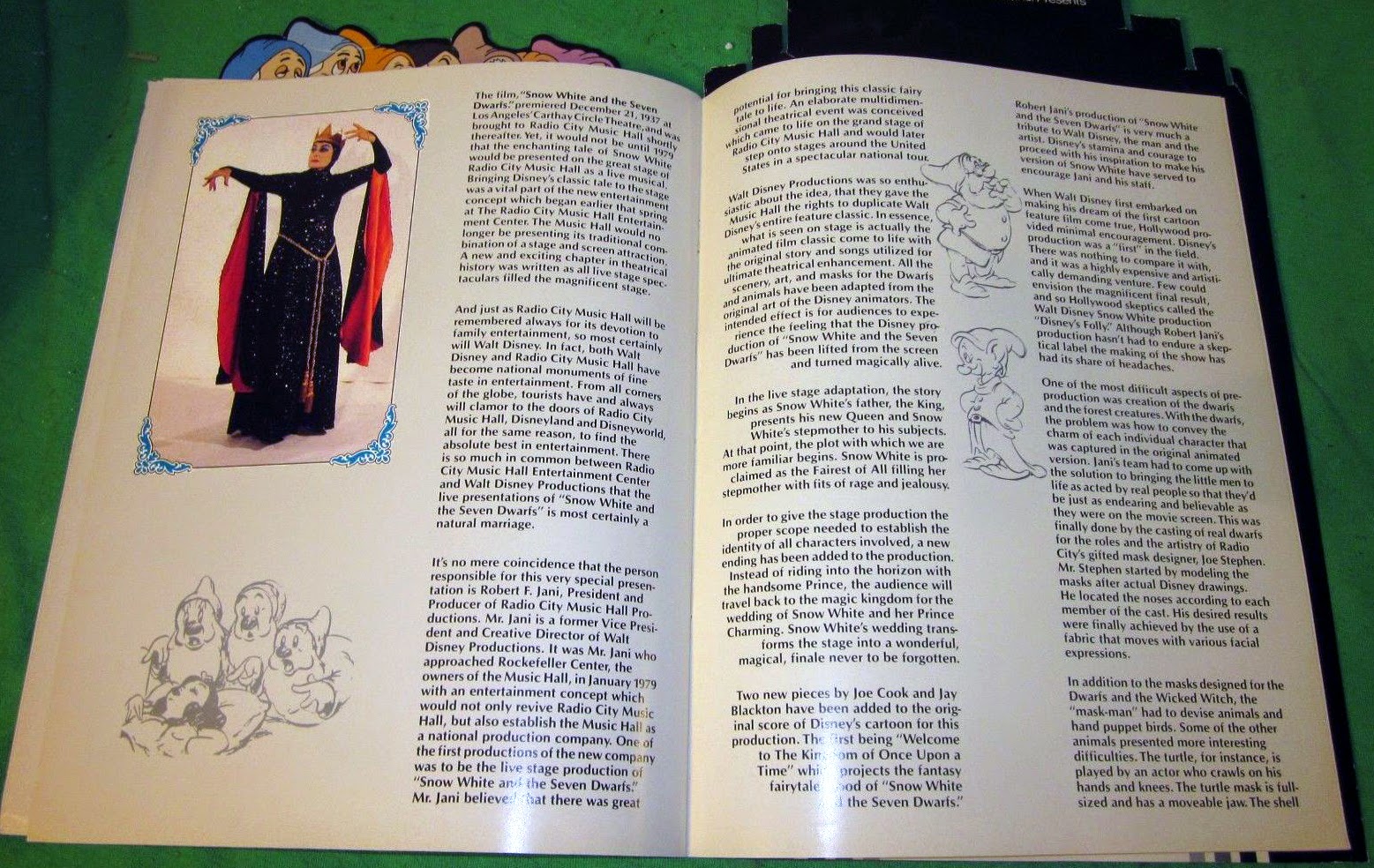 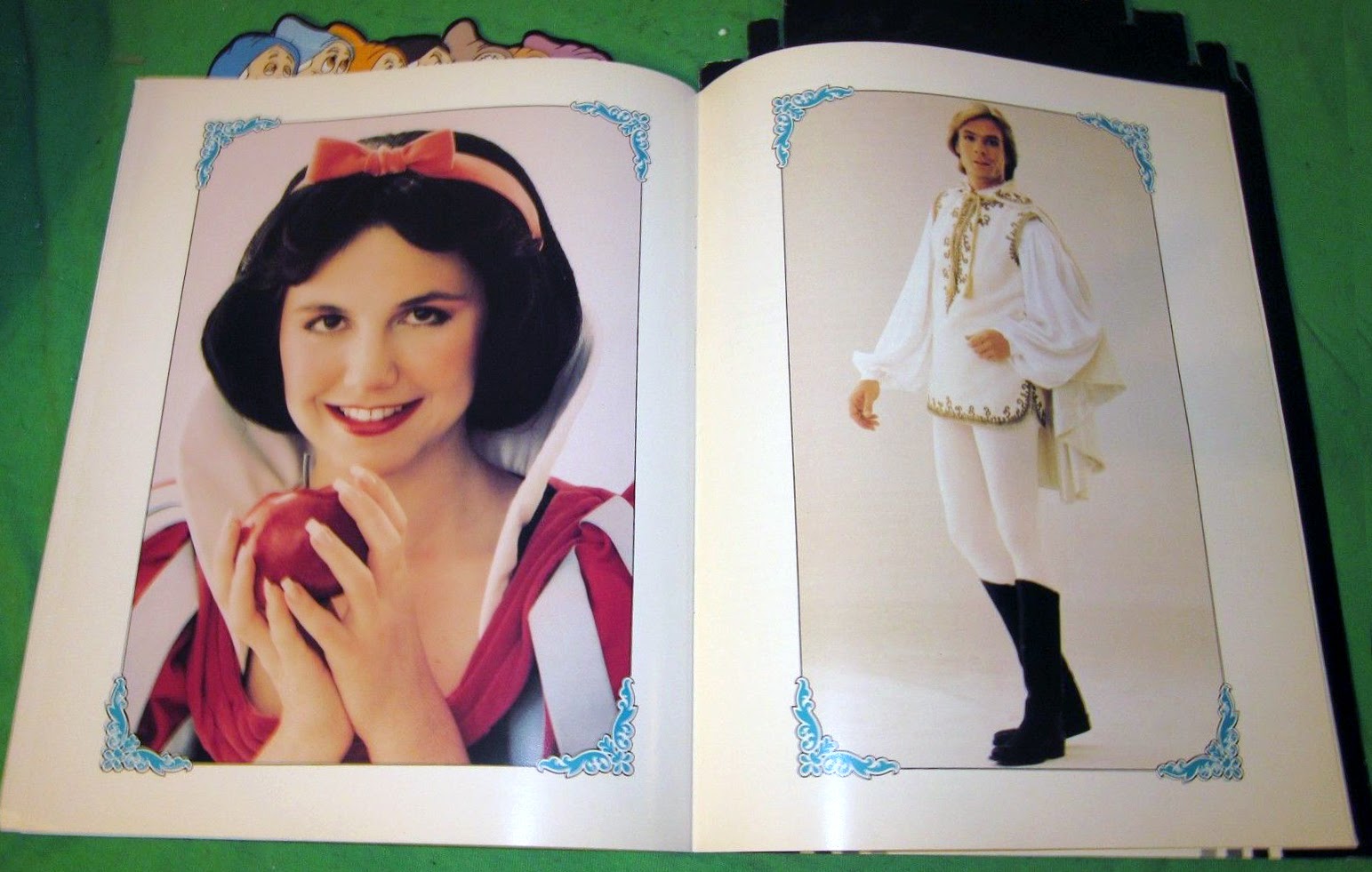 The cast and musical numbers. 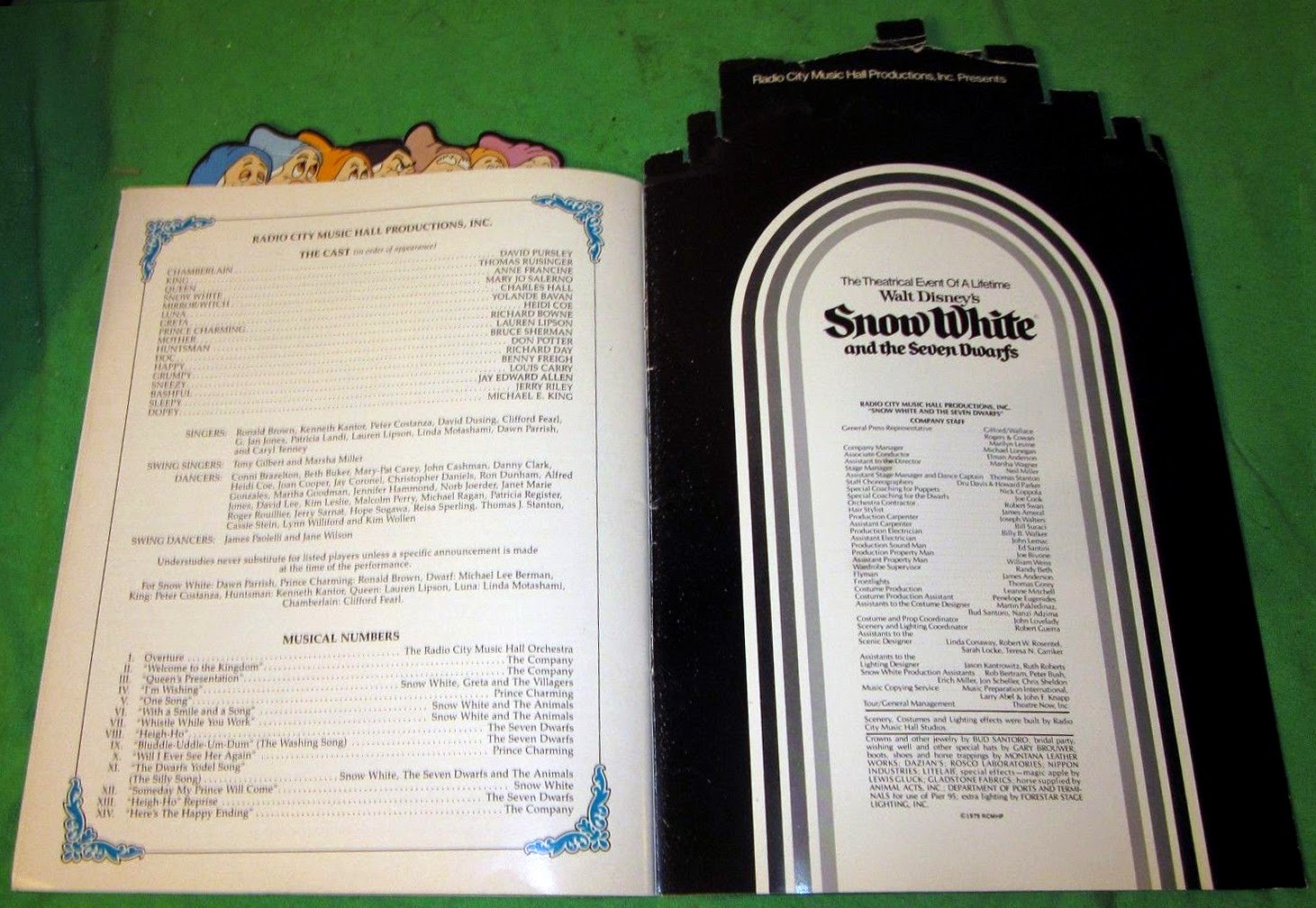 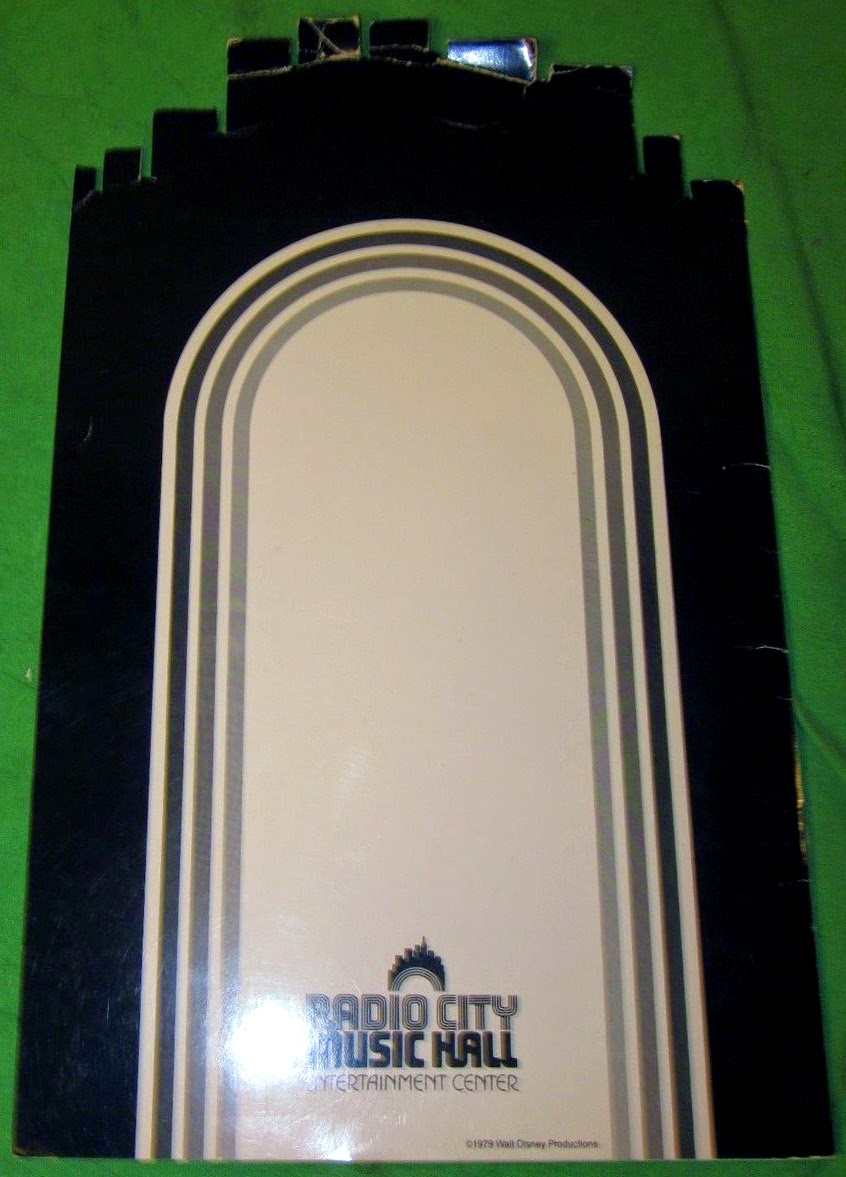