It was 35 years ago today, on October 18, 1979, that the musical stage production of Snow White and the Seven Dwarfs opened at Radio City Music Hall in NYC. The show starred Mary Jo Salerno as the Princess and Richard Bowne was the Prince. Well-known stage performer Anne Francine played the Queen, and Charles Hall the Witch (plus the voice of the Magic Mirror). 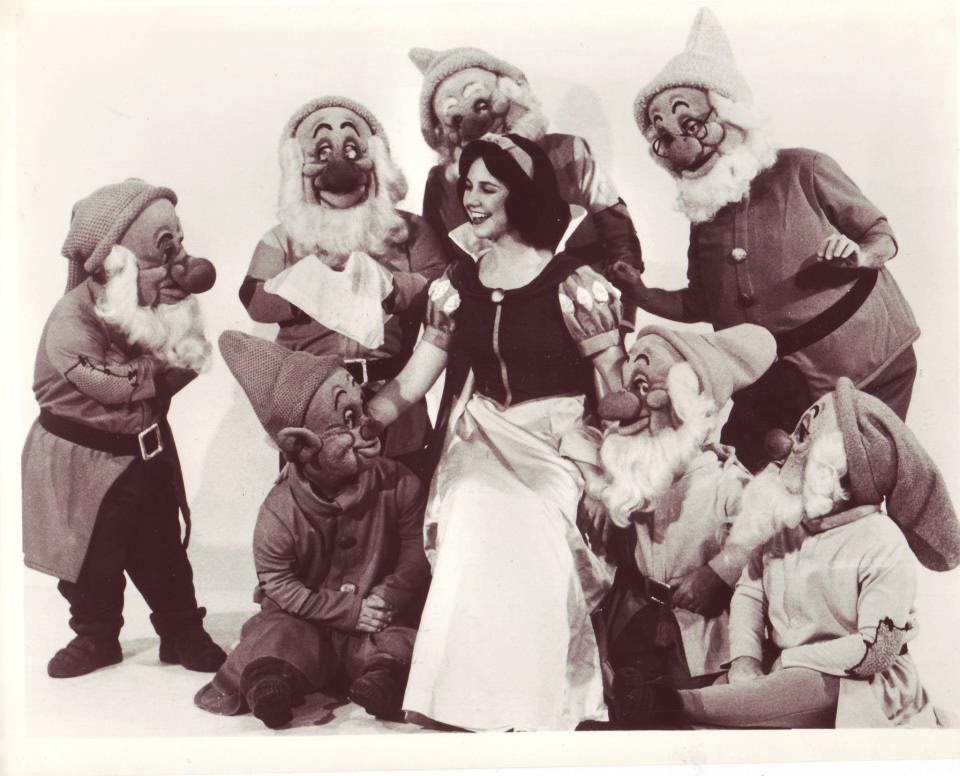 The production was scheduled to run for 38 performances in four weeks with an end date of November 18, 1979, at which time it would make way for the Radio City Christmas Spectacular. But Snow White didn't stop there. The show continued on for a national tour including a special performance in Washington DC for president Jimmy Carter. On January 11, 1980, it was brought back to the Music Hall by popular demand, where it ran for another 68 performances until finally closing on March 9, 1980. 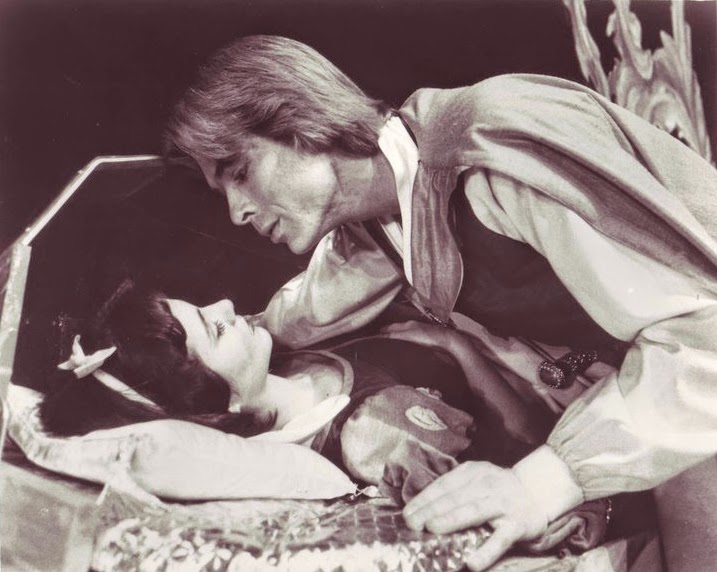 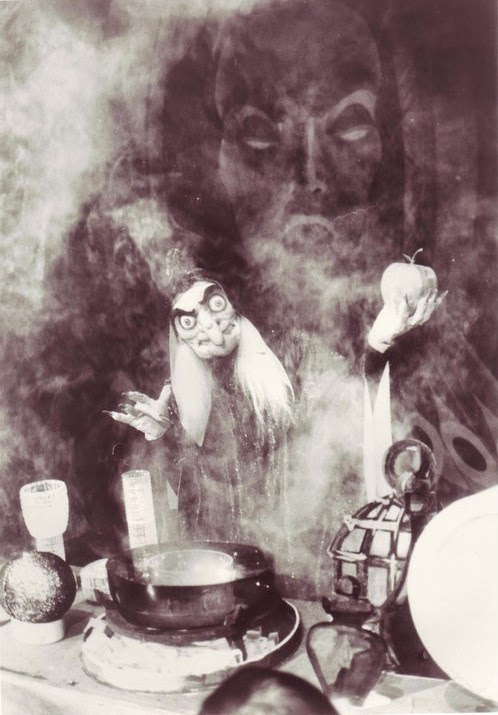 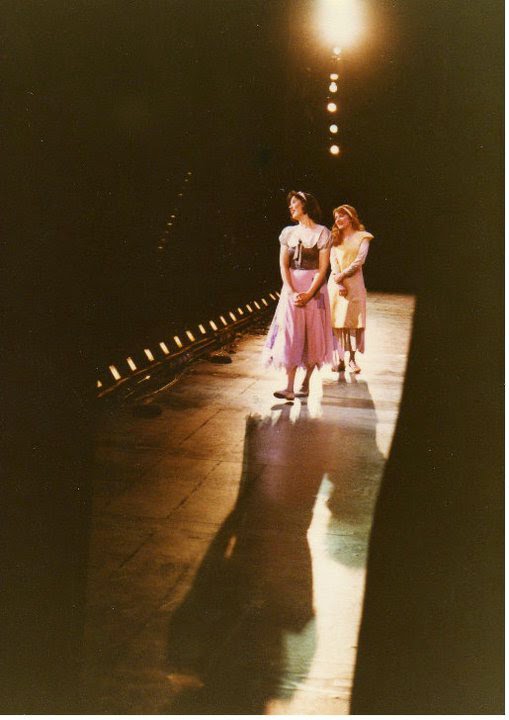 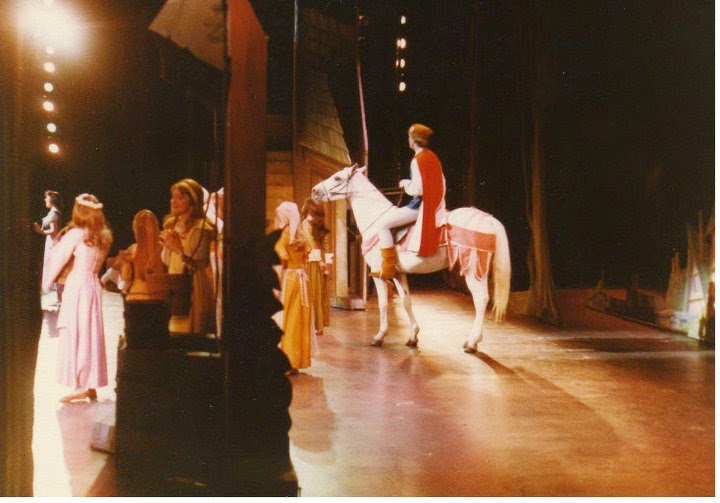 
The musical numbers included the original songs from the animated film plus several new arrangements. "Will I Ever See Her Again" and "Welcome to the Kingdom" are two original songs written specifically for the show. 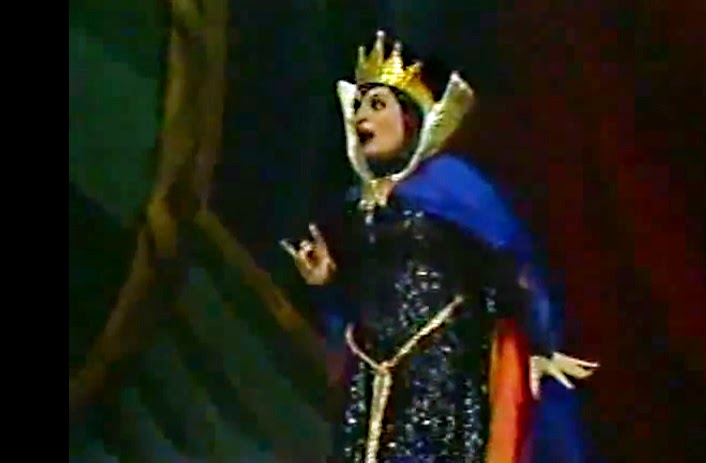 
The production was immensely popular. A commemorative piano songbook was published by the Bourne Co. and a full-cast 331⁄3 rpm album was issued by Buena Vista Records. In addition, one of the performances was filmed and aired on HBO. It would then be released on home video in 1981.

In 2009, an excellent documentary was produced by filmmaker Michael Sanchez. Magic Mirror - A Look Back at Snow White Live at Radio City Music Hall features interviews with the cast and crew, plus clips from the show. Here it is in two parts...


Also see in the next posts: