In 1980, Snow White Live at Radio City Music Hall was taped and aired on HBO. Then on June 26, 1981, Walt Disney Home Video released the performance on VHS and Betamax cassette. The program's total running time is 90 minutes. 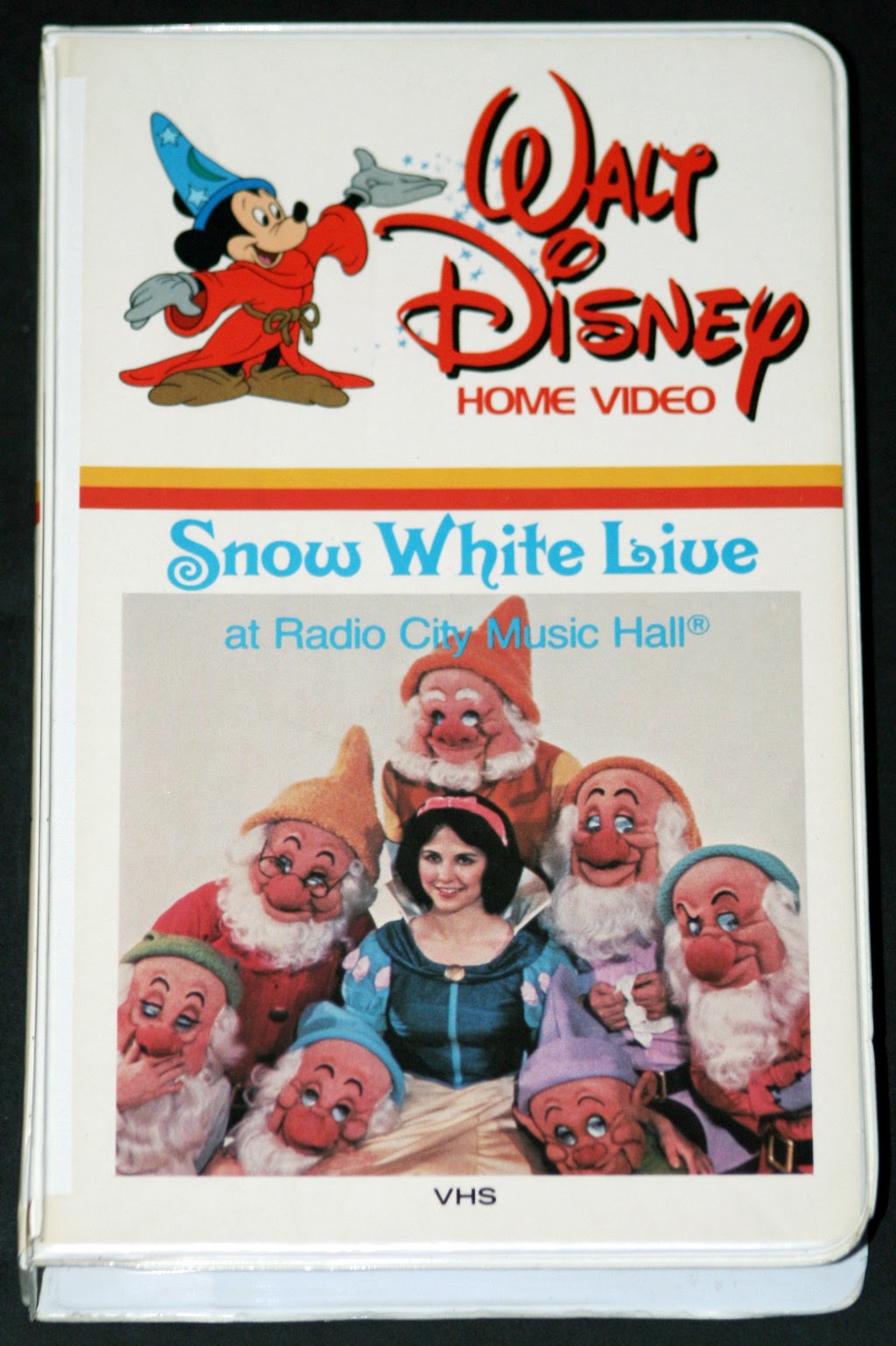 A disclaimer on the back of the box reads: "FOR SALE ONLY. Not intended for rental." 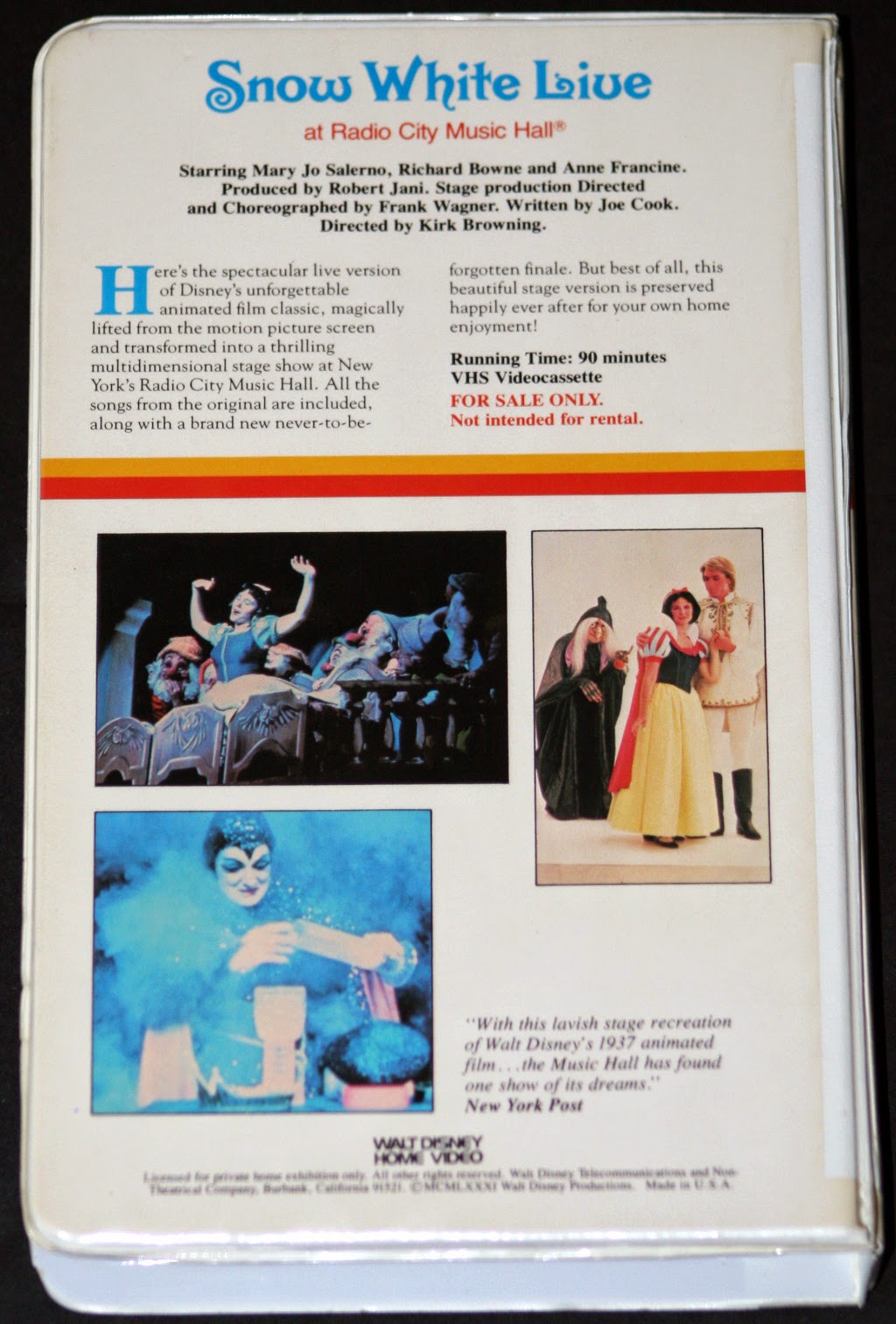 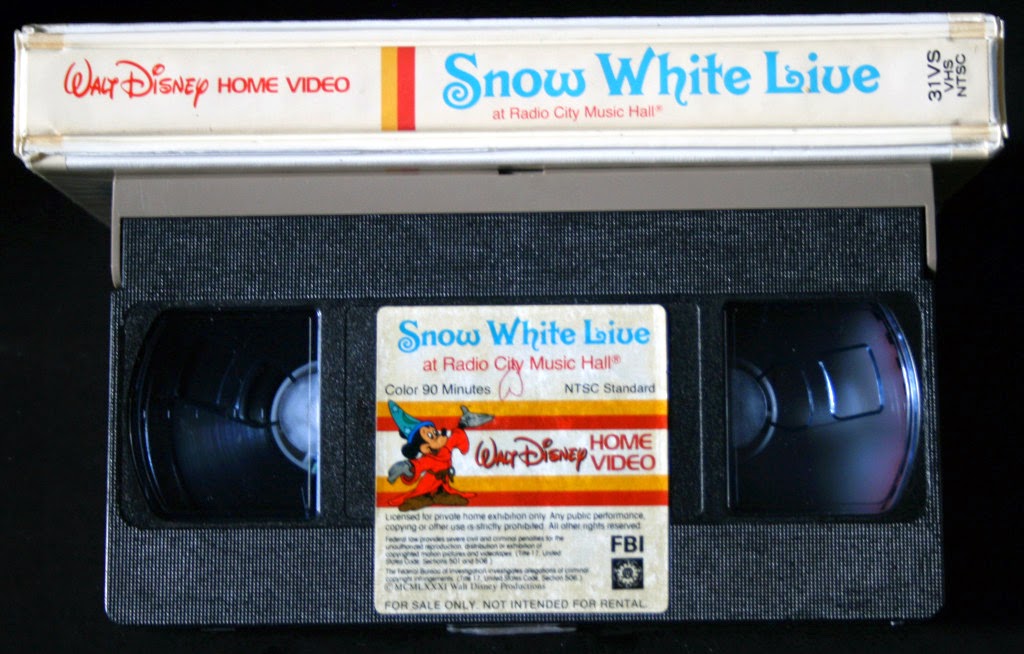 VHS images courtesy of The Wonderful Wolrd of Movies. Used with permission.


Apparently, after the video's release, legal issues arose when Richard Bowne (Prince Charming) filed a lawsuit against Disney over royalty payments to the cast. As a result, the show hasn't been reissued since. The original VHS cassettes have become rarities and command a high price. DVDs of the show were never officially produced, though a few bootlegs can be found online.

In 1987, six years after the VHS release, the performance was broadcasted on the Disney Channel. Short sample clips from the video have been seen on youtube from time to time.
Posted by Snow White Archive at 12:01 AM