In 1938, Armour & Company--an American producer of canned meats--published a Snow White recipe book in London, England. With a total of 43 pages (not including covers), it showcases a myriad of traditional-style meals--all incorporating Armour's meat products, of course. The book also contains a few nice-looking vintage illustrations. 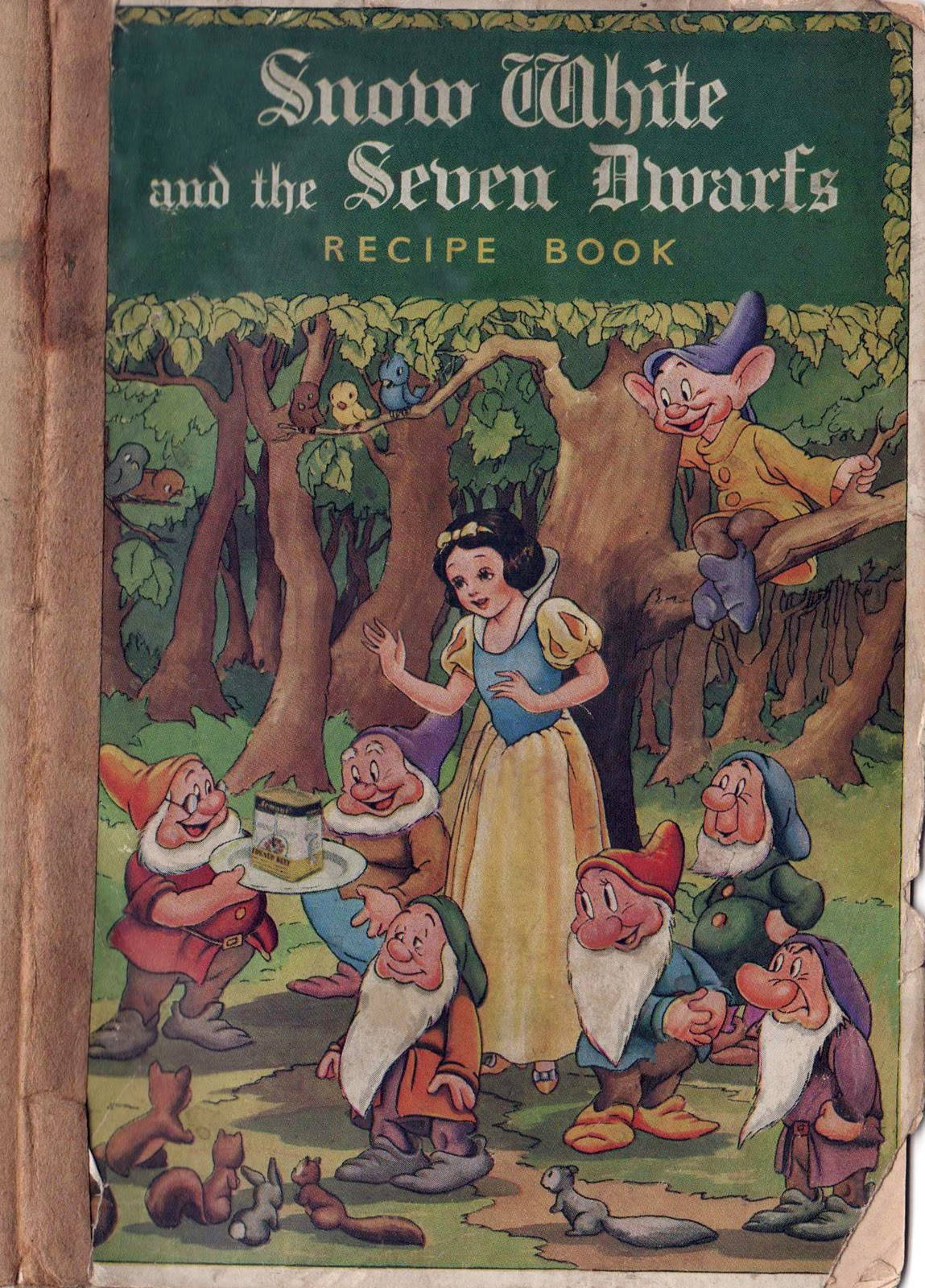 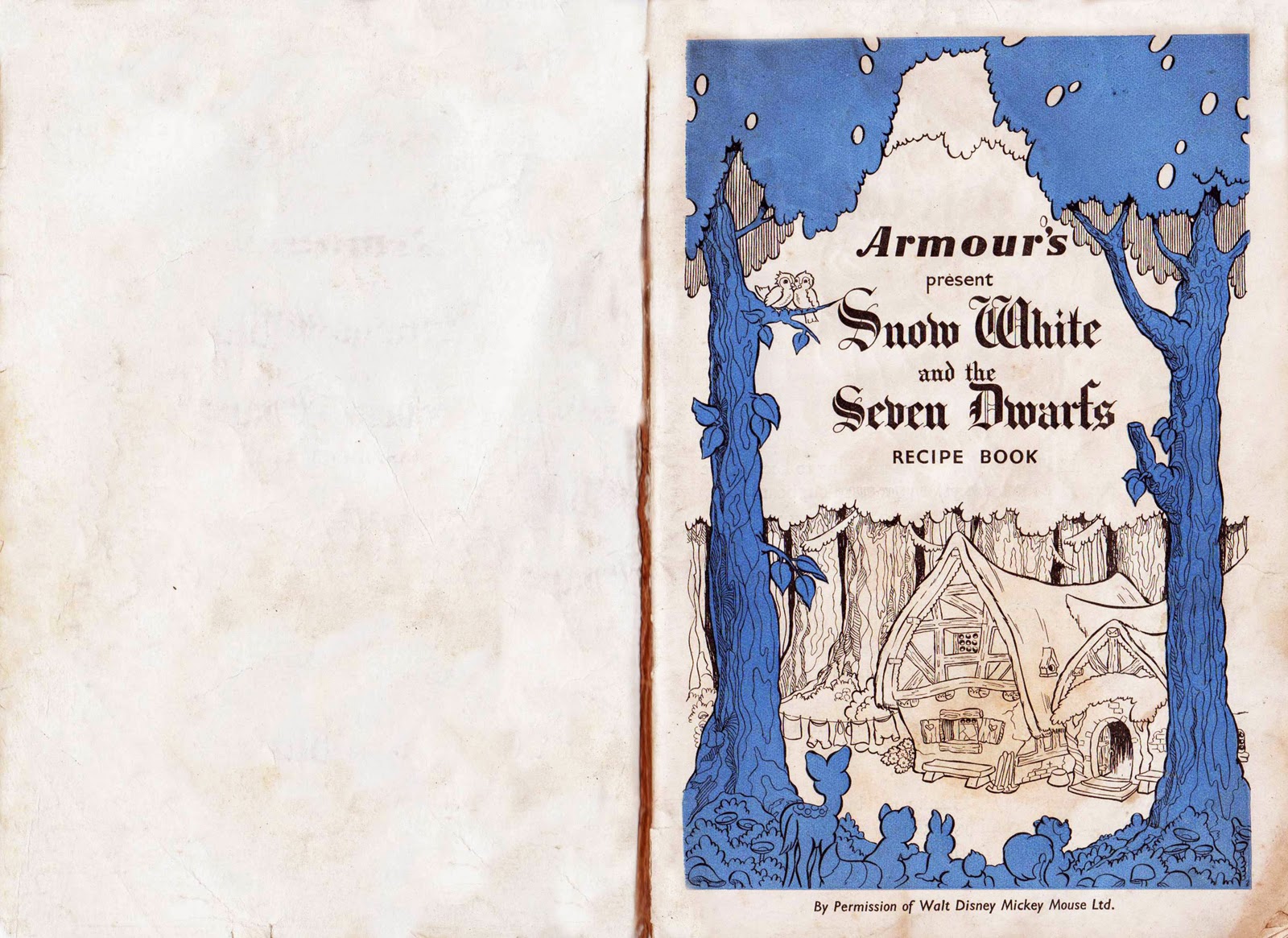 In an introductory story in which Snow White converses with the Dwarfs, Dopey actually speaks "for the first and last time." 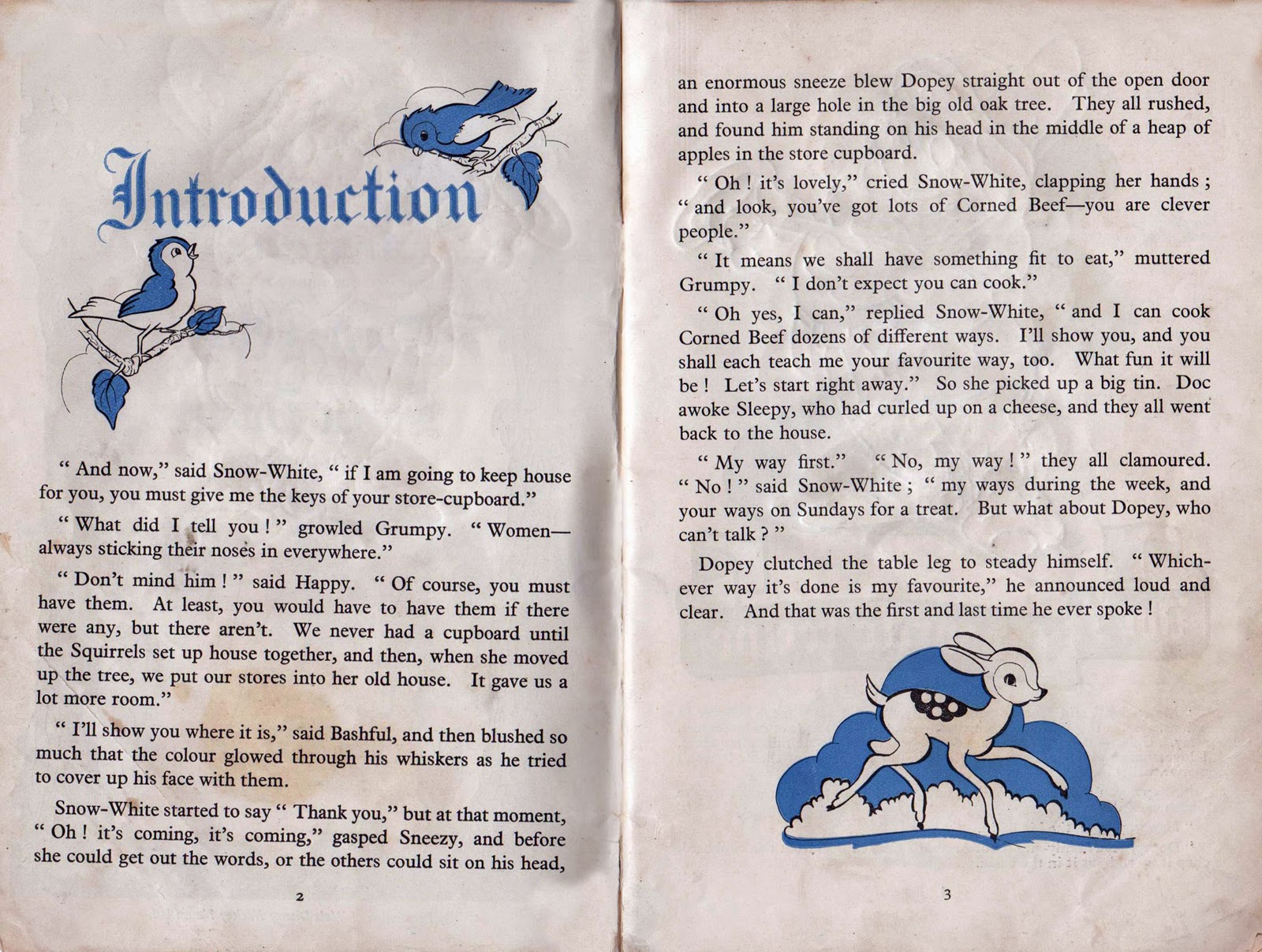 Each of the Dwarfs have their own favorite recipe. 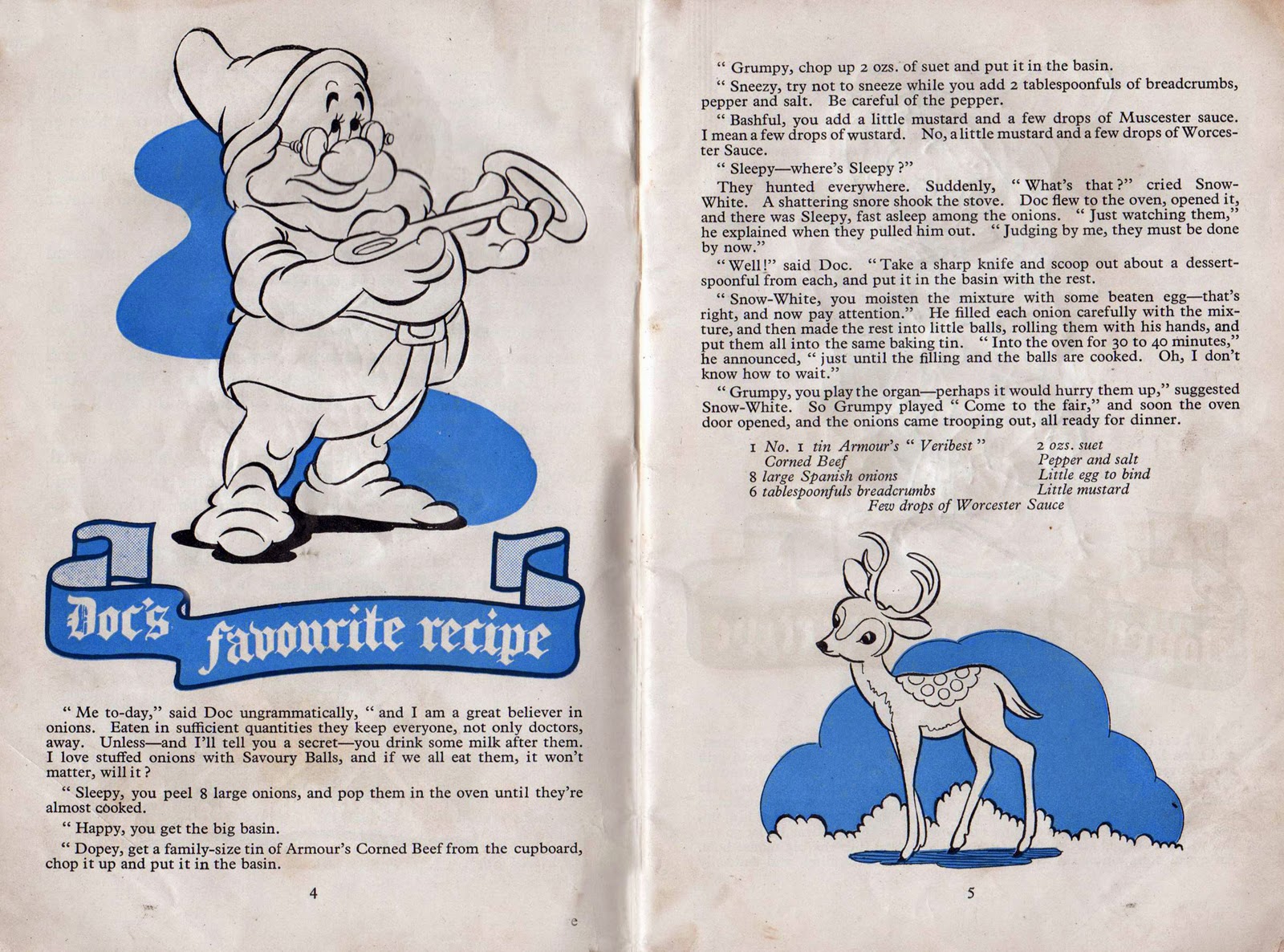 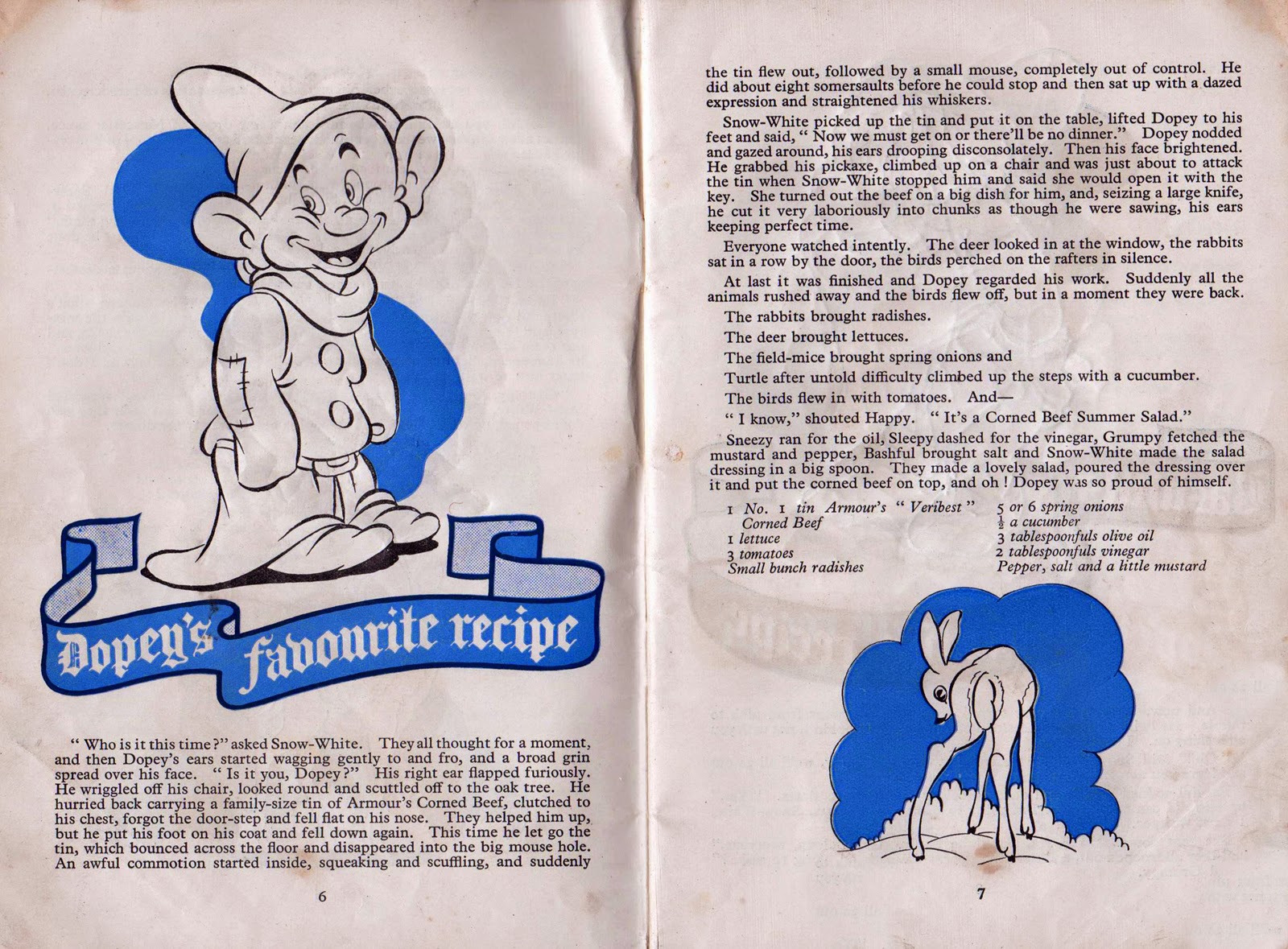 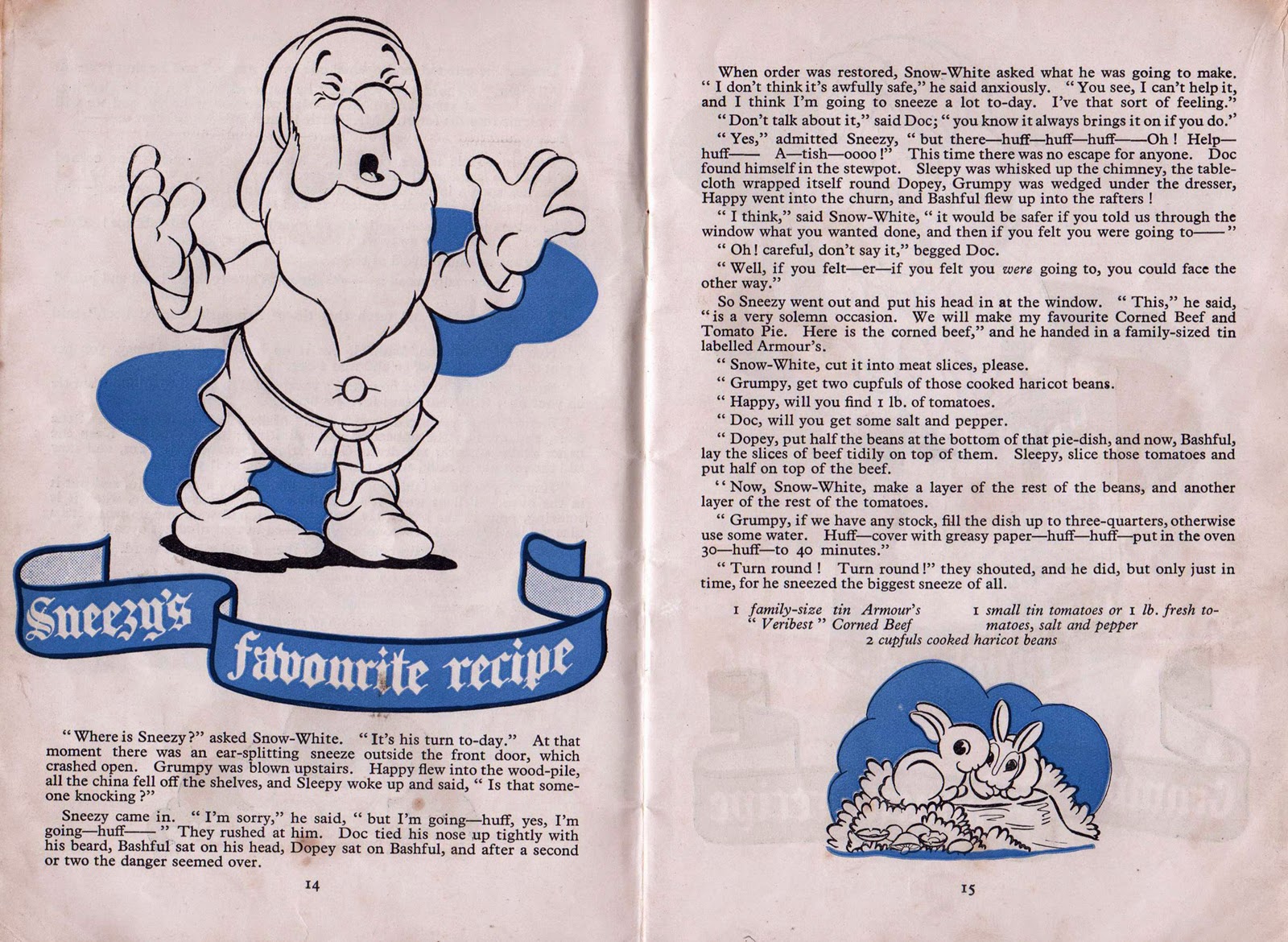 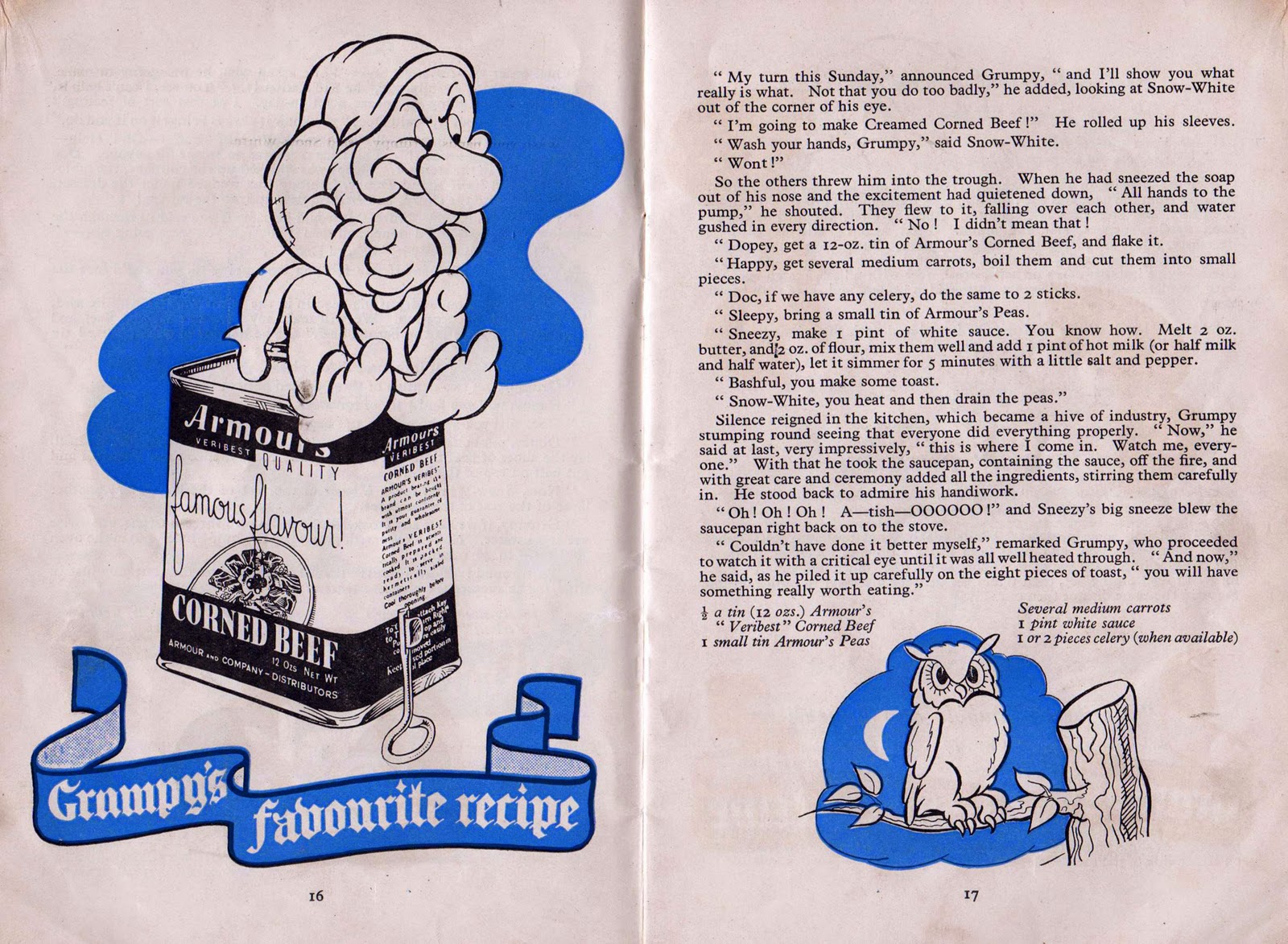 The recipes continued on page 18-21 but without illustrations.


Snow and the Dwarfs appear on the centerfold of the book along with a can of corned beef. 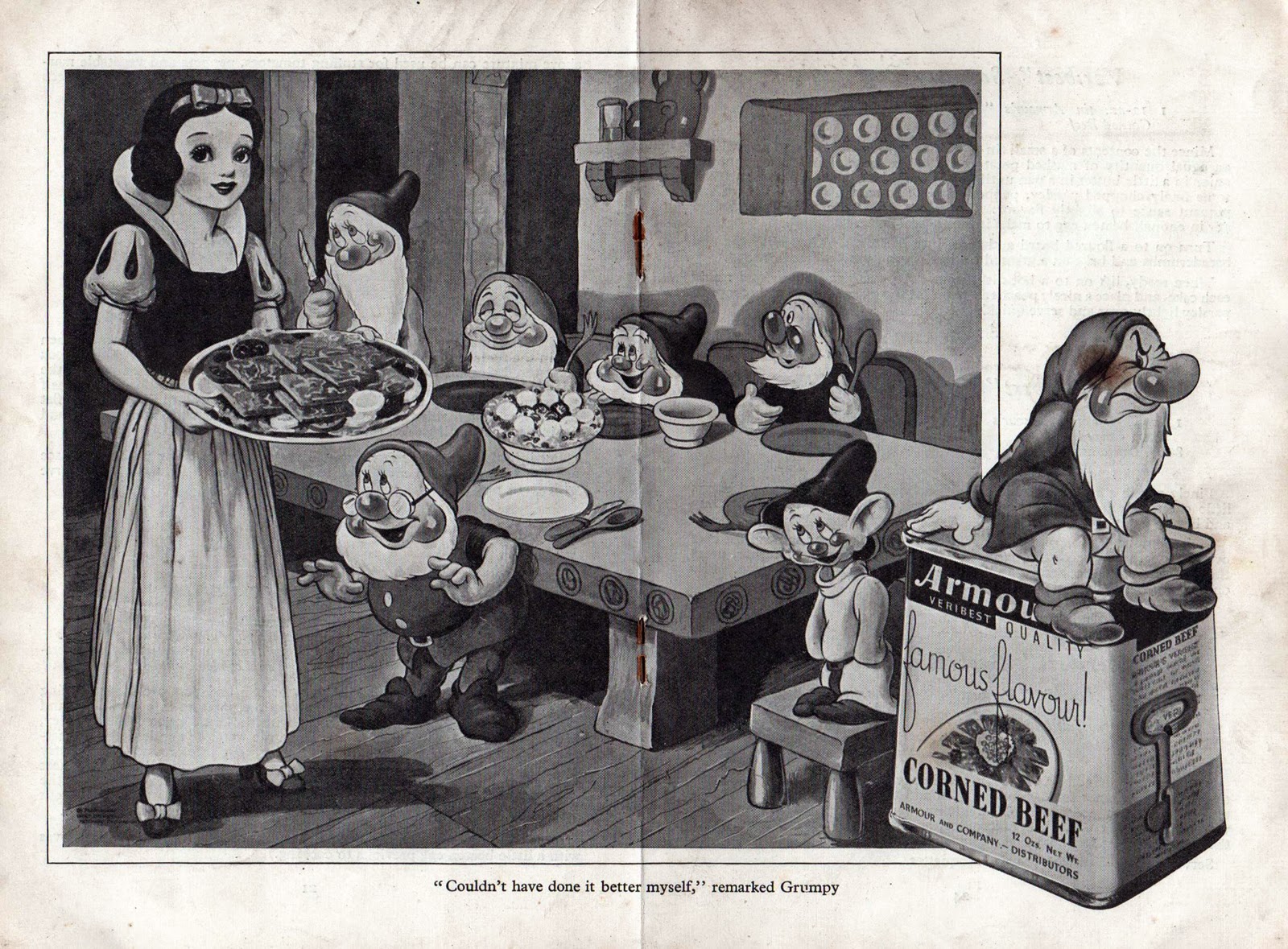 There's lots more recipes from page 24-39, then promotions for Amour's products close out the book. 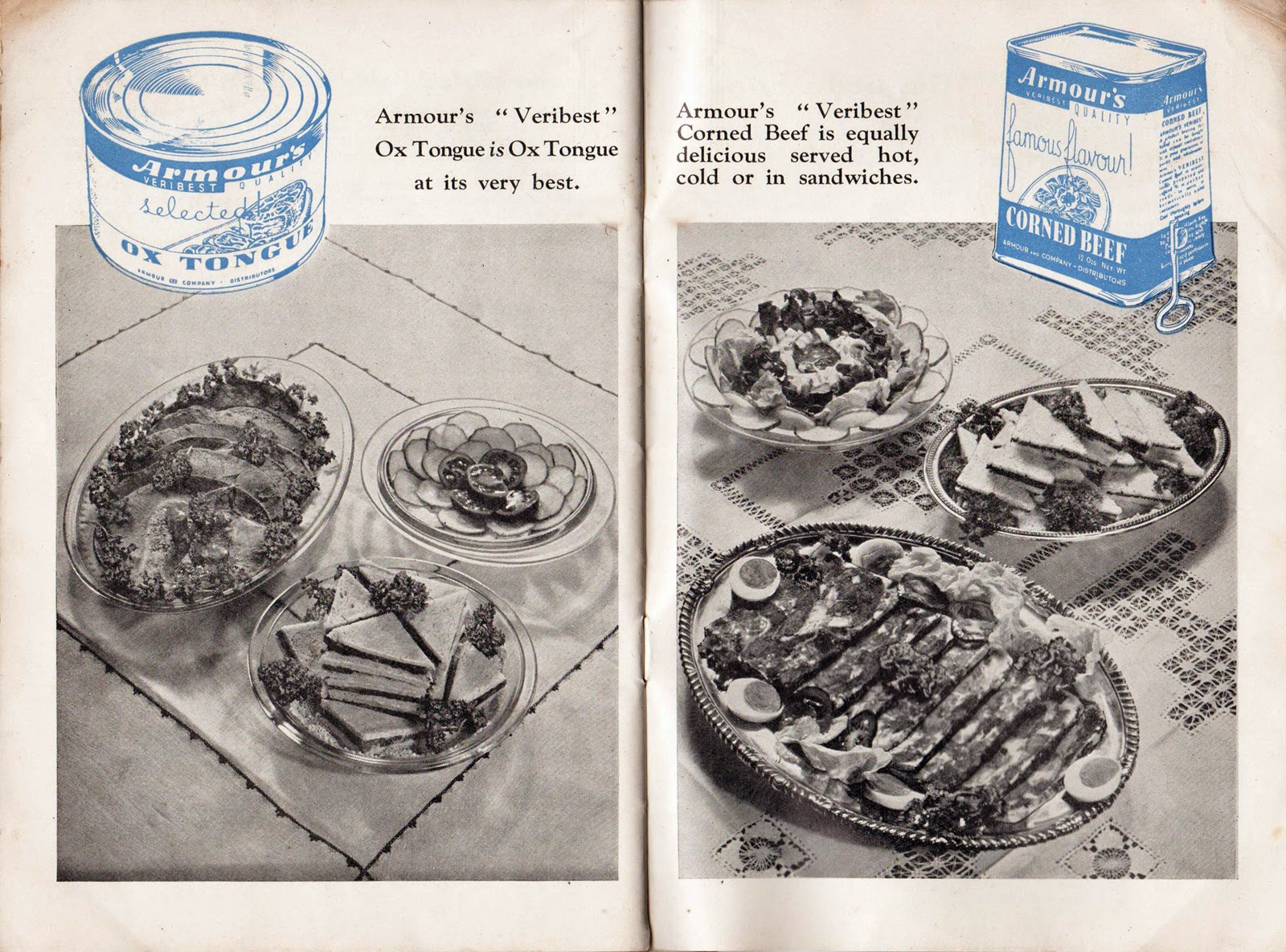 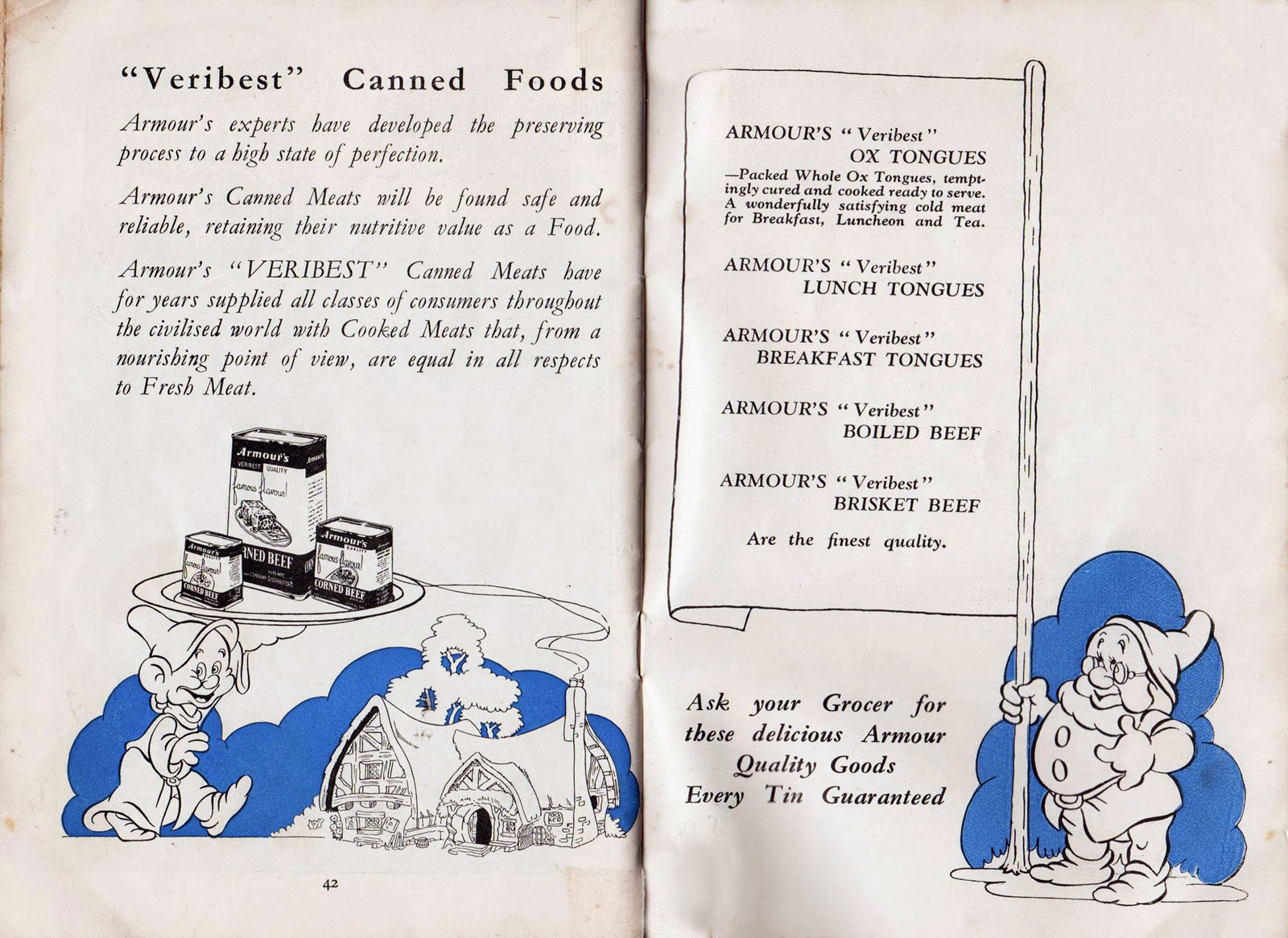 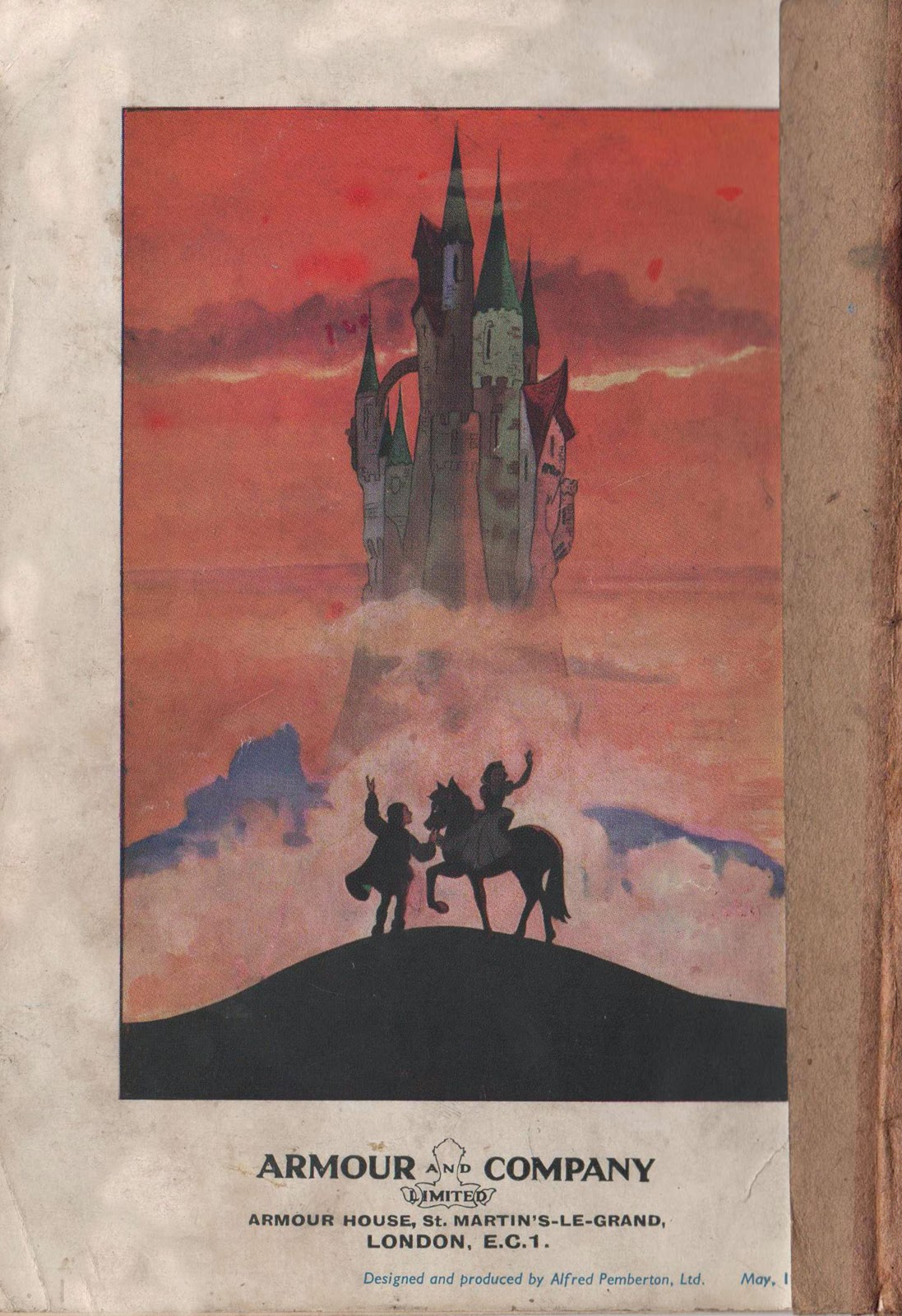 Illustrations and text copyright Disney/Armour, 1938. Posted here for historical documentation purposes only.
Special thanks to Greg Philip of A Lost Film for sharing these images from his collection.