To coincide with the 1973 theatrical re-release of Snow White in France, this Blanche Neige 45 rpm 7" record was issued as a promotional gift by Henkel laundry detergent.

The recording on side A features a narrated story by Micheline Presle. The only other dialogue is a male actor voicing the Magic Mirror, with the dwarfs making a few noises. The story is filled out with some sound effects and a little background mood music (not from the film). Presle's narration concludes on side B. Also included are three shortened versions of songs by Christiane Legrand (With a Smile and a Song, Whistle While You Work) and Jean Cussac (Heigh-Ho). These were first issued on the 1962 Le Petit Ménestrel Record, no. 45 vs 556 (see in future post). 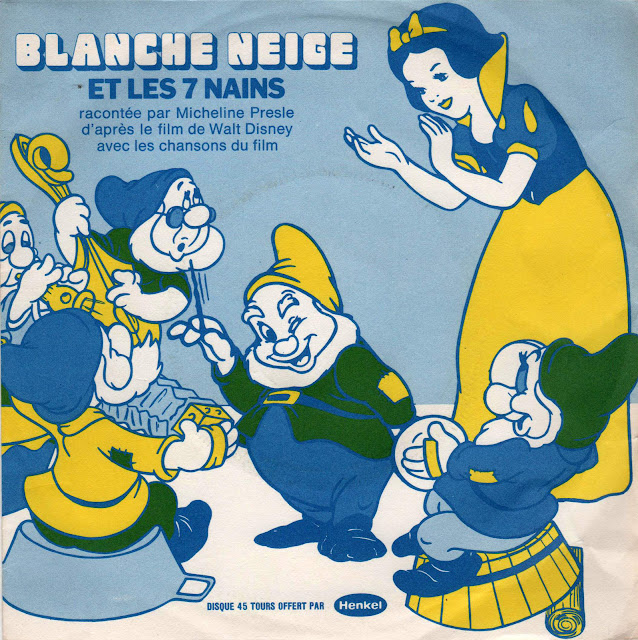 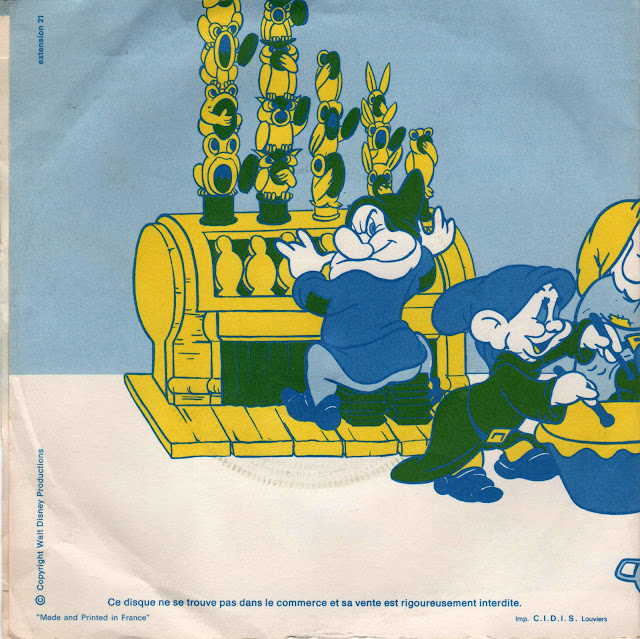 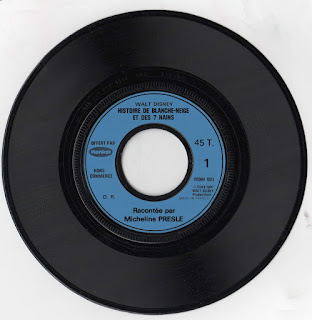 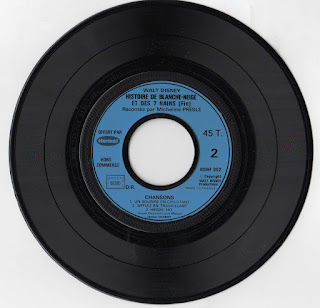 The record was reissued in 1979, this time as a premium for the France-based Andros jam. New cover art. Disneyland Record label. Catalog no. AND-79. 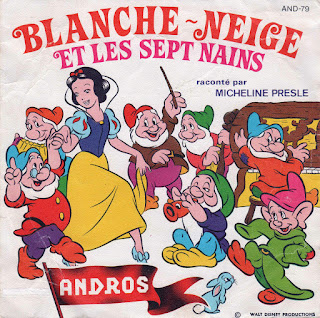 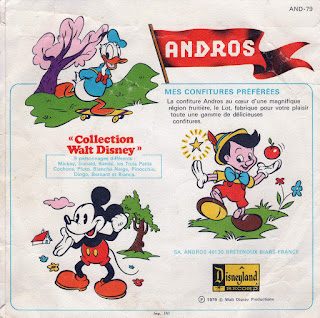 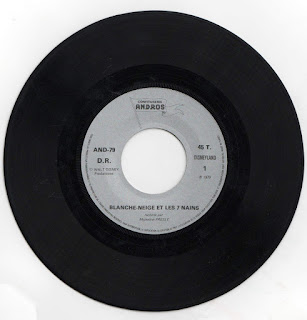 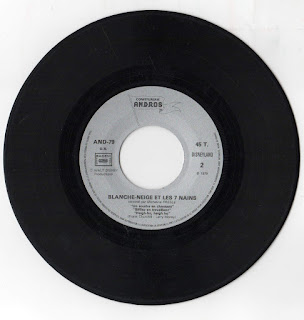 Images courtesy of the Greg Philips Collection.
Posted by Snow White Archive at 12:01 AM