1983 French Disneyland Record. Catalog no. ST-3892 F. Format: 331⁄3 rpm, 12" vinyl disc. Attached 24-page book. This complete Snow White story is narrated by Bernard Giraudeau. A full cast of characters are voiced by Isabelle Ganz, Louison Roblin, Raymond Loyer, Gérard Surugue, and Roland Kossler. Sound effects and background music are taken directly from the original film. The songs are used too, incorporated throughout the story as they are in the movie. They originate from the 1962 French re-dub of the soundtrack featuring Lucie Dolène as Snow White. 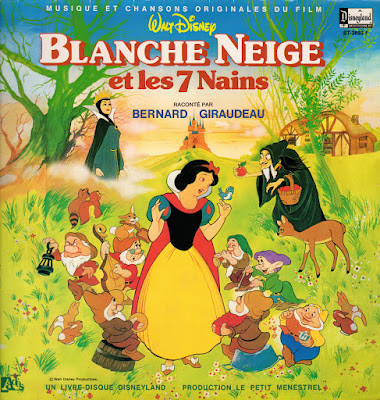 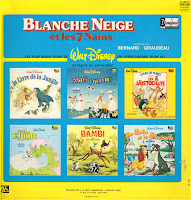 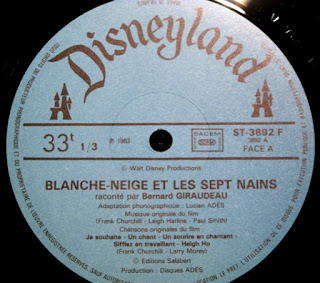 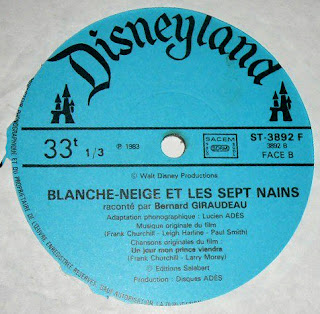 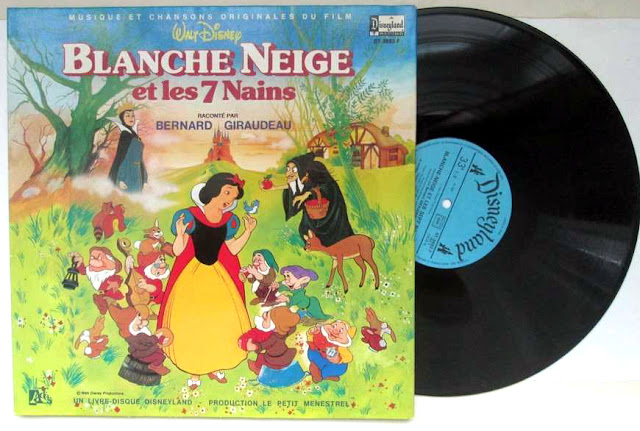 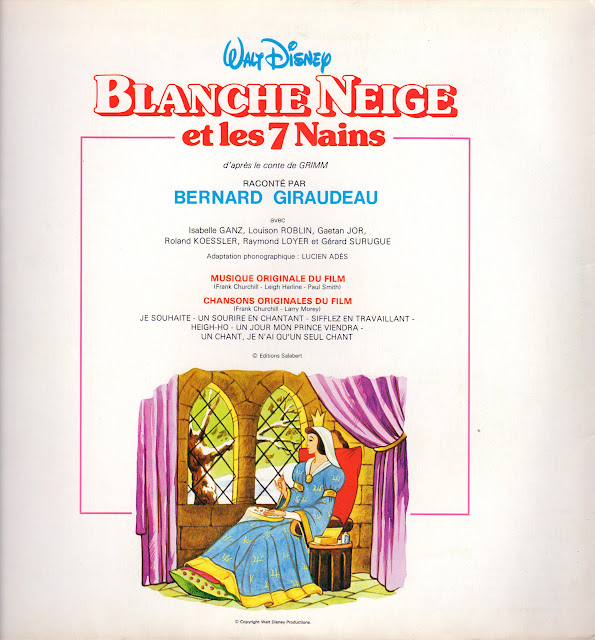 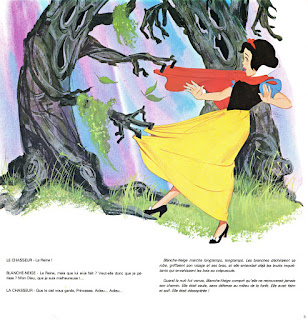 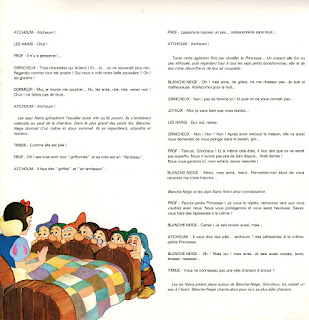 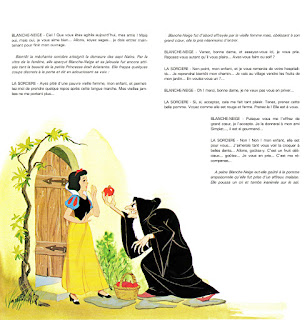 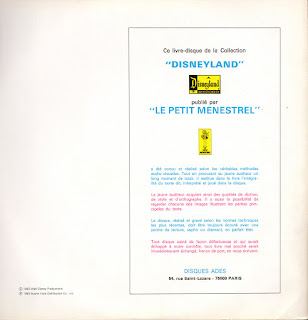 You can listen to the recording here:

The record was reissued in 1992 with new album cover artwork. 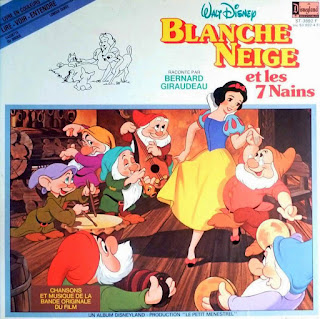 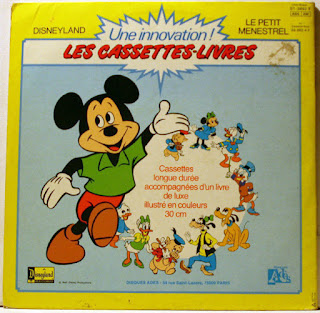 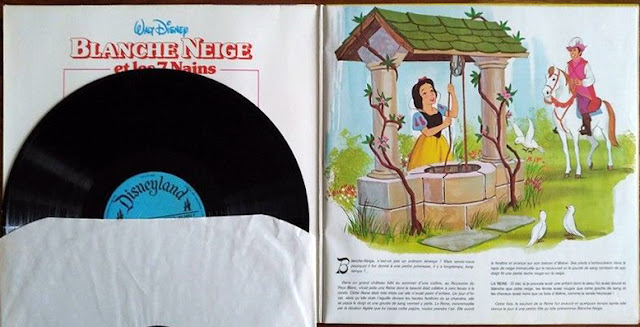 Images and info courtesy of the Greg Philip Collection.
Posted by Snow White Archive at 12:30 PM