Narrated by Rosy Varte. Some male dialogue by Maurice Vamby. The story also features sound effects and background mood music (not from the film). Tinker Bell's "little bell" audio cue lets the reader know to turn the page. A shortened version of Christiane Legrand's 1962 Whistle While You Work is also included. 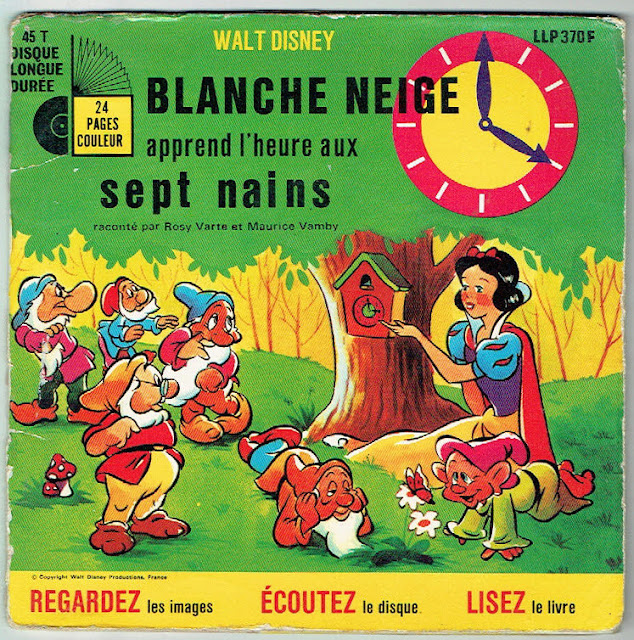 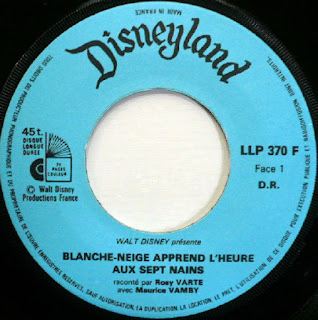 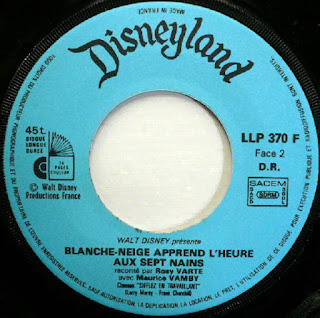 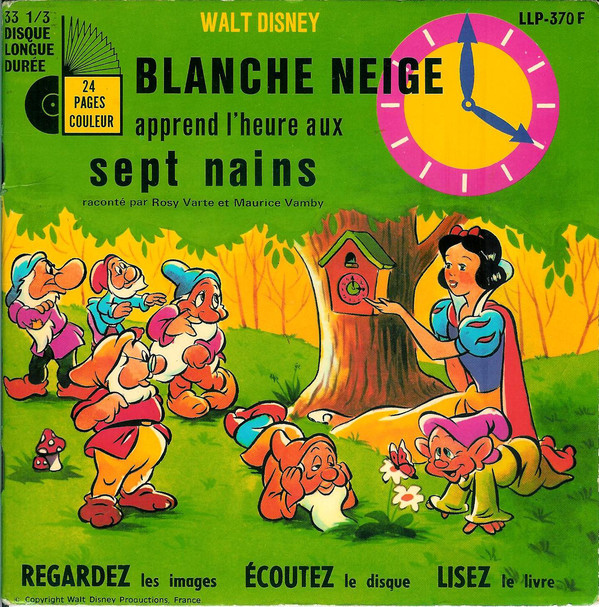 See the 1973 Canadian version of this record in previous post. 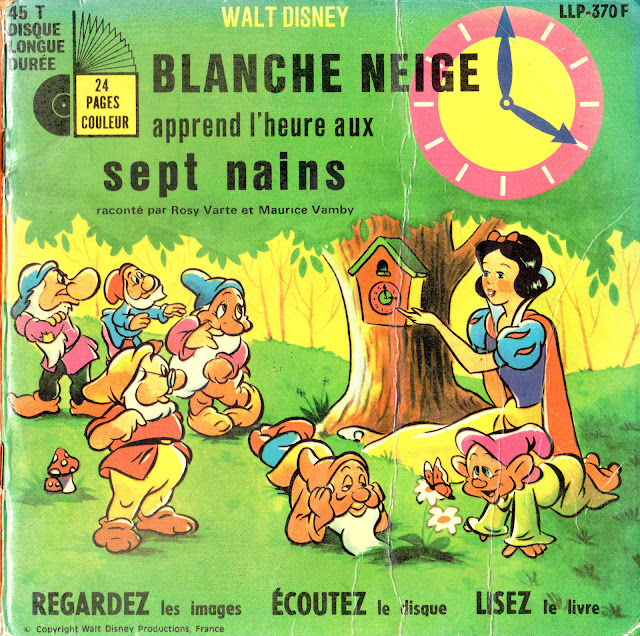 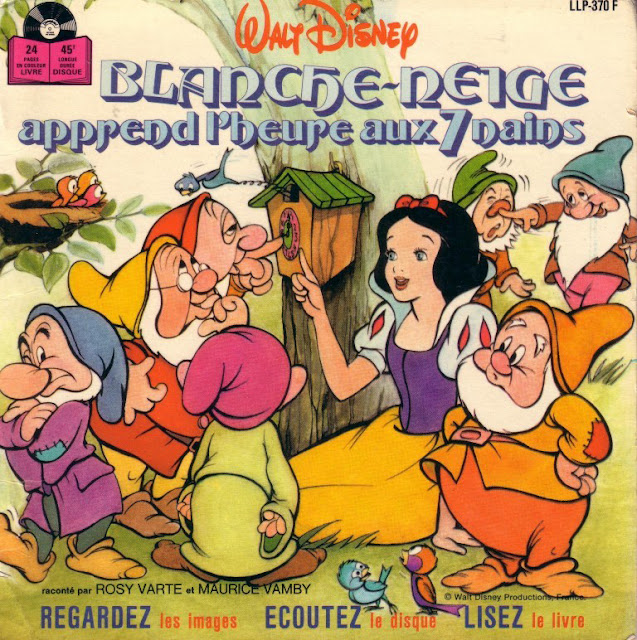 Narrator Rosy Varte was an actress who, among other things, was well-known for her starring role in the television sitcom Maguy, the French version of Maude. She played Bea Arthur's character.