1983 French Disneyland Record. Catalog no. LLP-466 F. Part of the "Read-Along" series: Regardez (Look), Ecoutez (Listen), Lisez (Read). Format: 45 rpm, 7" vinyl disc. Attached 24-page book. The Snow White story is narrated by Marie-Christine Barrault, with additional voice talents as the other characters. A bell signals reader to turn page. Sound effects and musical background accompaniment taken from the original movie soundtrack. Half way through the story, we hear Someday My Prince Will Come. However, it is not the film version but instead the 1962 Christiane Legrand recording. 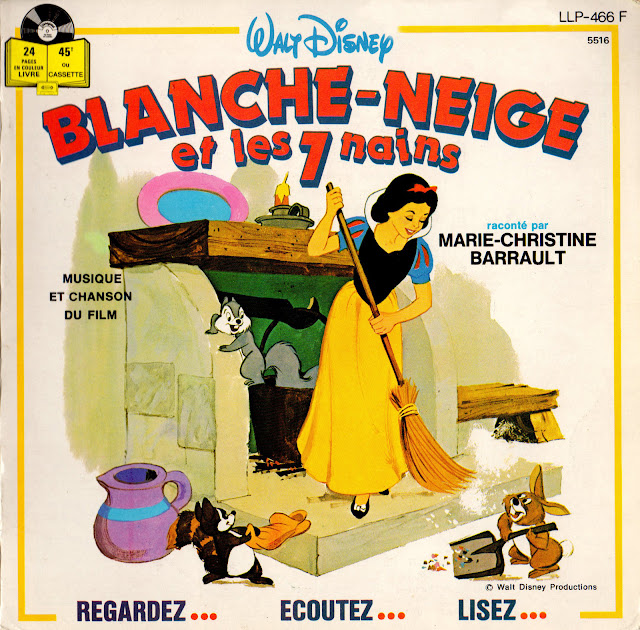 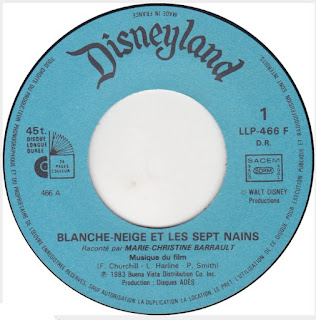 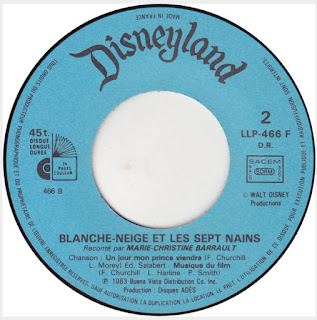 Images and info courtesy of the Greg Philip Collection. 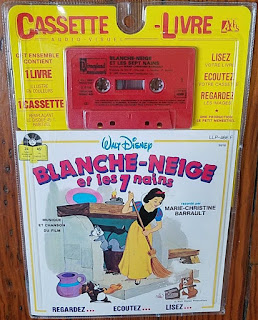 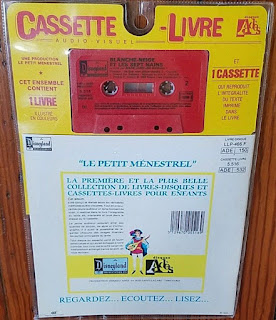 The recording was reissued in 1997 on compact disc. 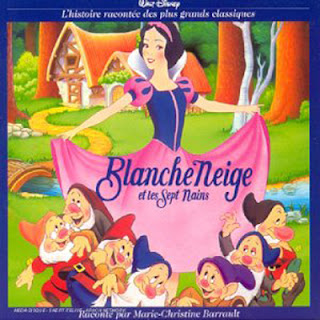 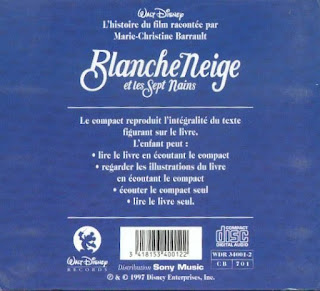