Les Sept Nains et la Mine de Diamants was produced in France in 1968 (following the 1967 release of the US version of The Seven Dwarfs and their Diamond Mine). French Disneyland Record label. Catalog no. LLP-314 F. Narrated by Caroline Cler. Side 1: story; Side 2: songs. Includes attached 24-page book. Part of the "Read-Along" series: Regardez (Look), Ecoutez (Listen), Lisez (Read). 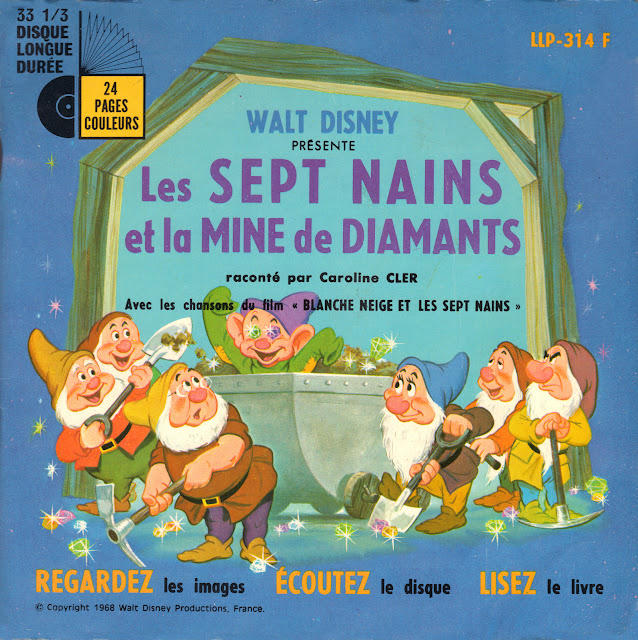 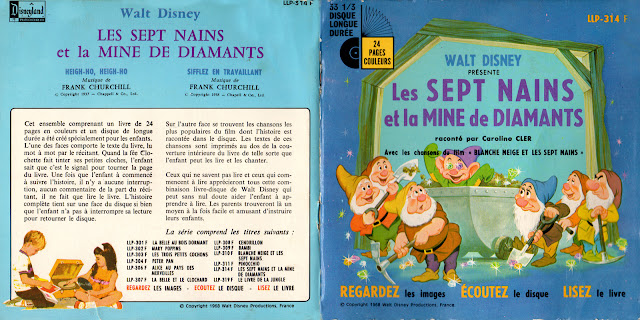 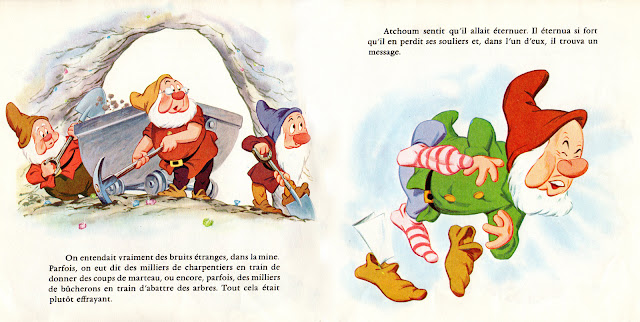 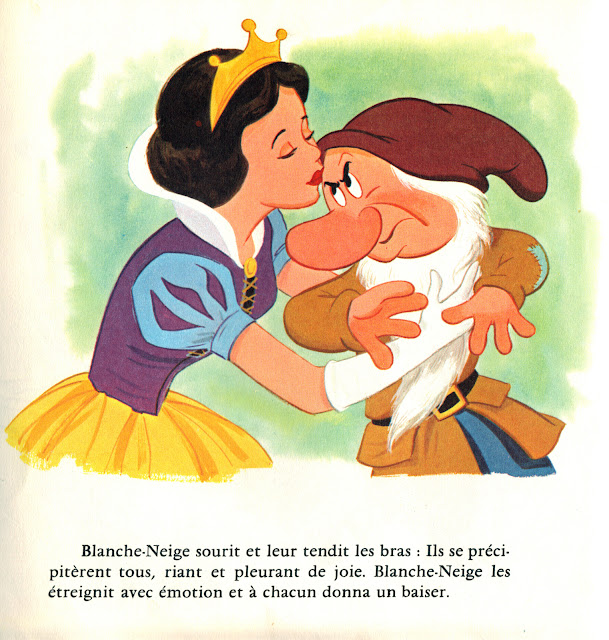 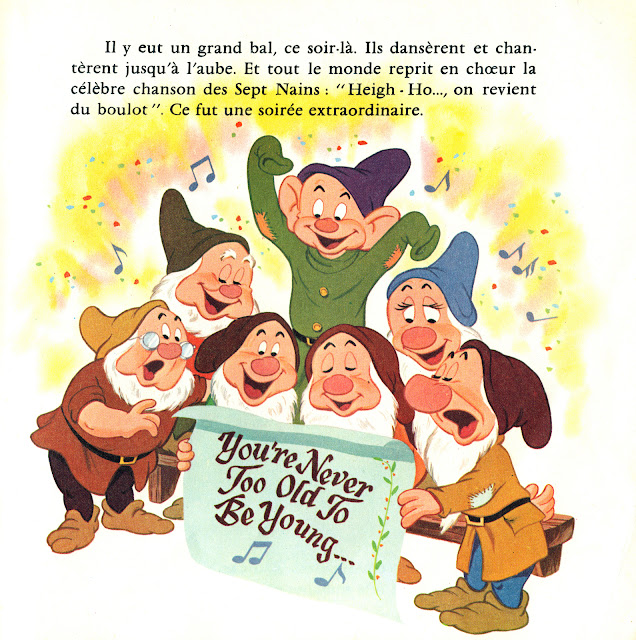 The French lyrics printed at the end vary slightly from those heard in the English language version. 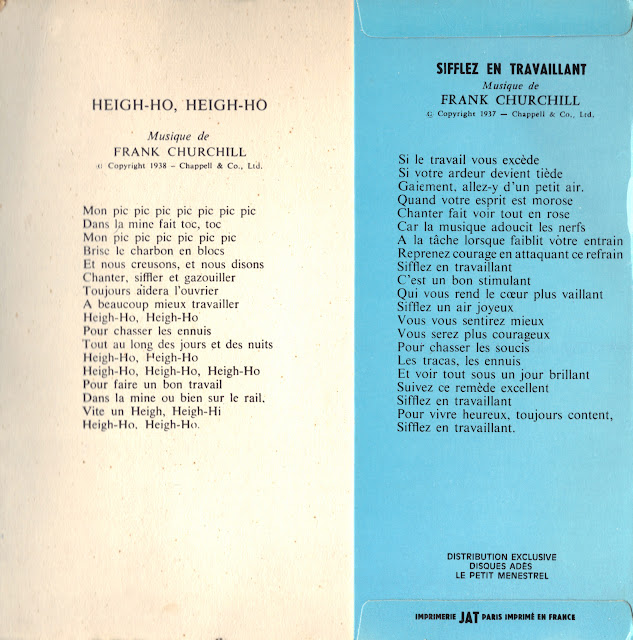 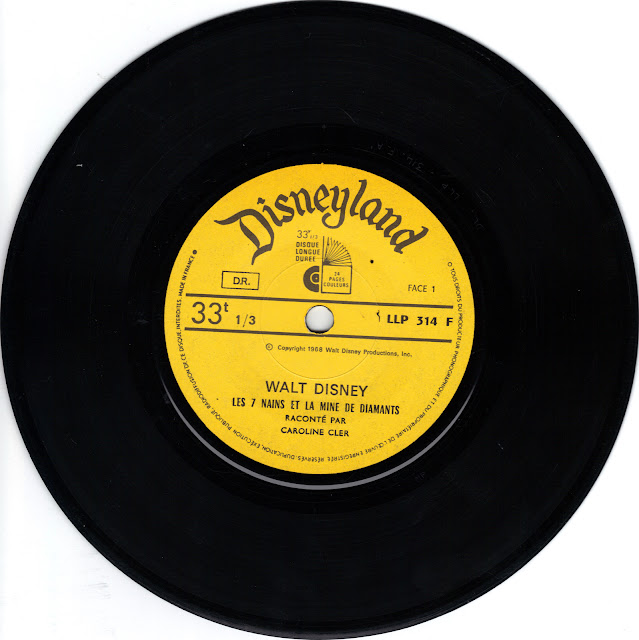 Two songs deleted from the original soundtrack, Music in Your Soup and You're Never Too Old To Be Young, were included in the US and UK versions, but not the French. This is probably due to the fact that there was never a need to dub these lyrics into other languages because they weren't used. The four French songs on Side 2 are not from the original French film soundtrack, yet all were commercial re-recordings, often used in various storybooks like this one. 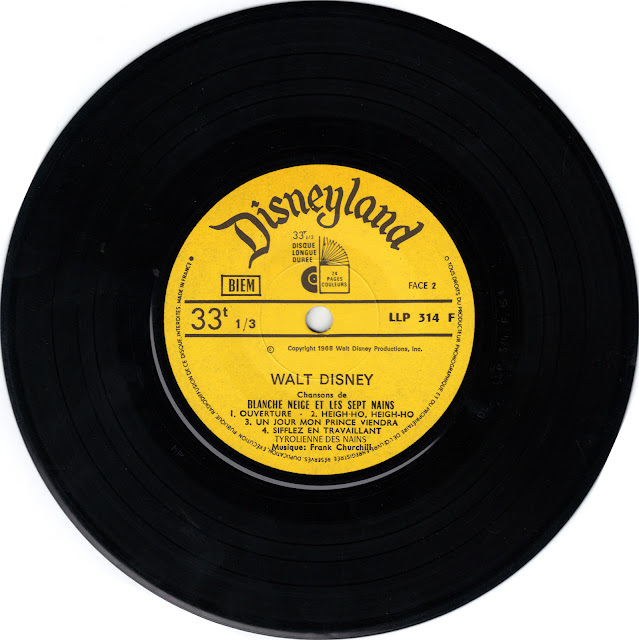 Album scans and info courtesy of Greg Philip at A Lost Film.