Narrated by Roger Pierre with additional voices from with Linette Lemercier, Colette Ripert, Jane Val, Jacques Provins, and Gérard Surugue. A few sound effects are heard along with short instrumentals of Heigh-Ho and Whistle While You Work. Two vocal songs are also included: Who's Afraid of the Big Bad Wolf, which is played about three-quarters of the way through the record, and With a Smile and a Song (taken from the 1962 Christiane Legrand recording), which Snow White sings at the conclusion of the story. 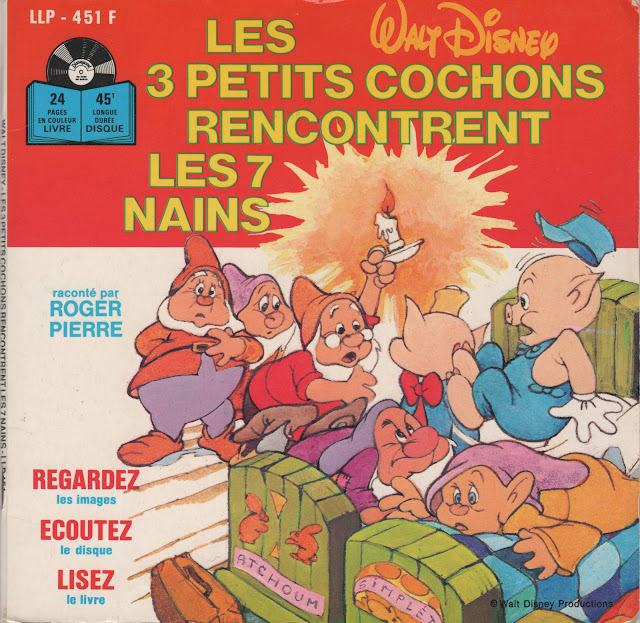 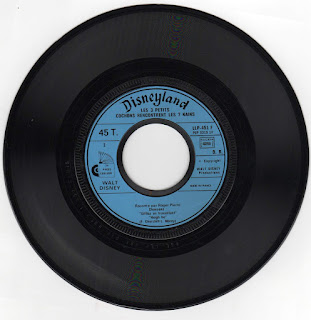 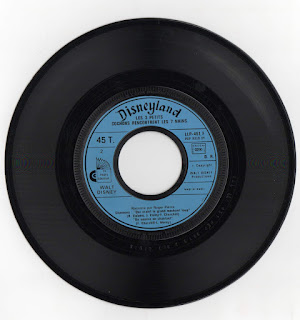 Quick synopsis: The Three Little Pigs are being harassed by the Big Bad Wolf. They flee to the forest and stumble upon the cottage of the Seven Dwarfs. No one is home so they take a nap in their beds. The dwarfs return from the mine. After their initial shock, they welcome the pigs. In the end, the dwarfs help the pigs foil the wolf. Then they head to Snow White's castle for a song. 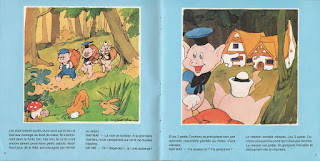 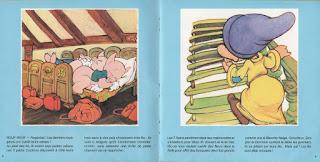 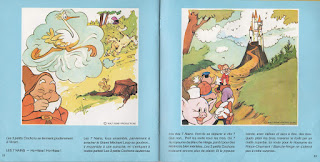 Images and info courtesy of the Greg Philip Collection.
Posted by Snow White Archive at 12:01 AM