Here's a 1938 Australian trade ad for Snow White and the Seven Dwarfs which cites the film's record-breaking 5-week run at Radio City Music Hall in NYC. The centerfold was originally published in Everyone's Trade magazine which was released in small quantities only to Australian cinema owners in the 1920s and 30s. Ad measures 12" x 19" folded once. Printed on high quality paper with a unique artwork layout not used elsewhere. 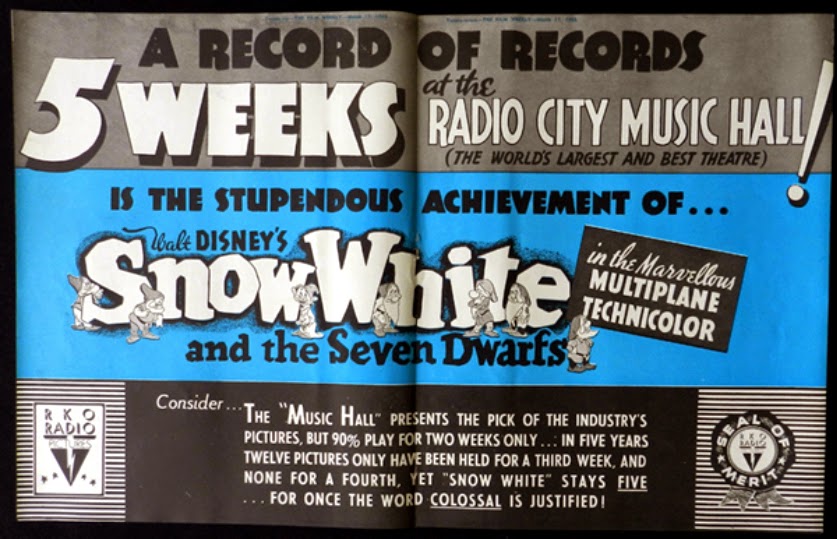 A centerfold advertisement from another edition of Everyone's Trade, this one pictures the Plaza Theatre in Sydney. 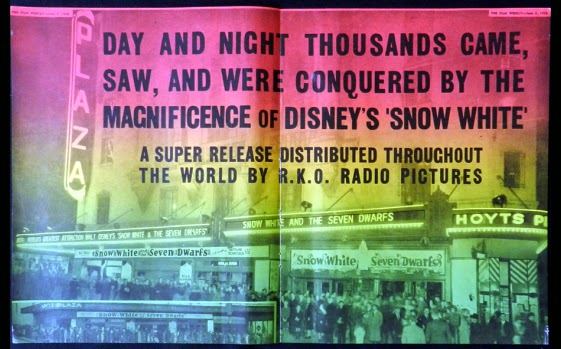 A third centerfold ad highlights the film's success in Sydney, Perth and Brisbane. 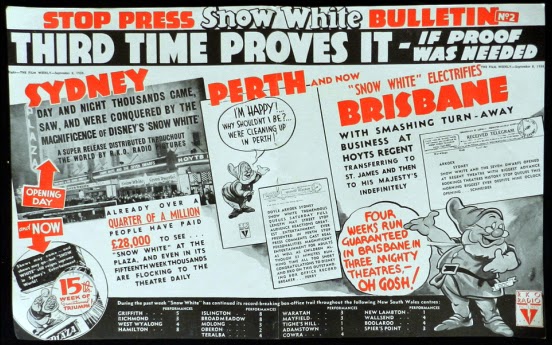