In 1967, The Seven Dwarfs and their Diamond Mine was issued in the US (see it in another post). Disneyland Record label. Catalog no. LLP-314. Part of the "Read-Along" (See, Hear, Read) series. The following year it was released in the United Kingdom. Note the 1968 copyright date in the lower left corner. 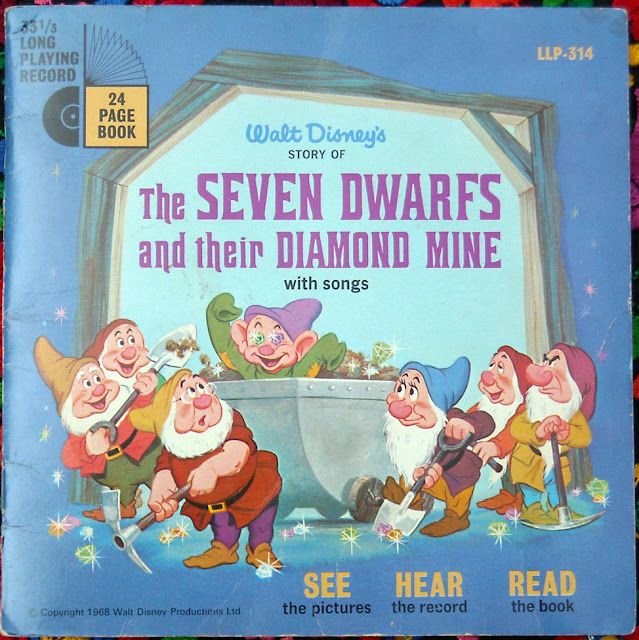 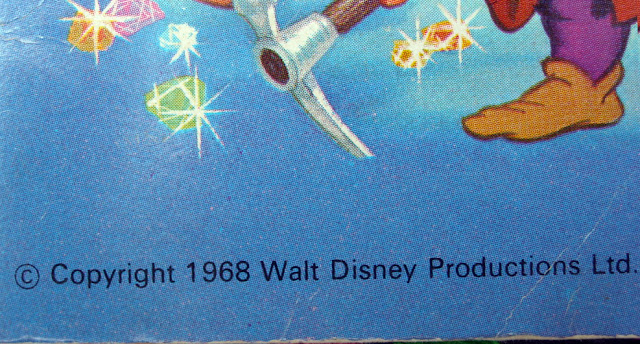 Includes a 24-page read-along book. The copyright notation on the front endpaper of the book also differs. 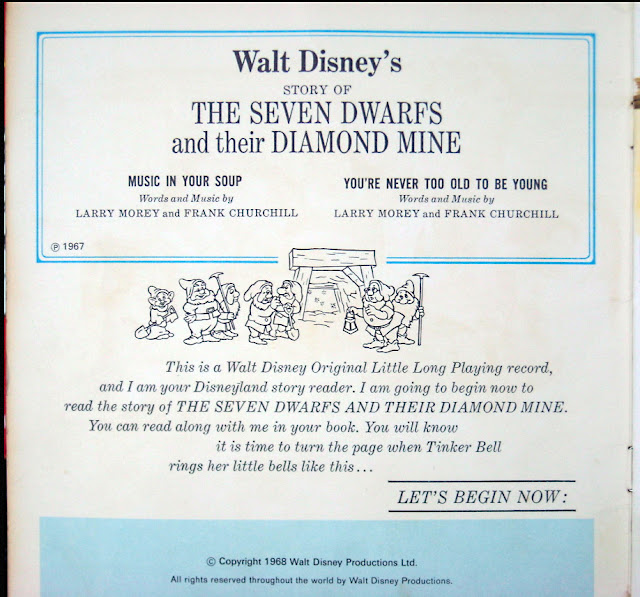 The disc labels are blue with fine pint around the edge that reads, "Made in Great Britain and sold in the UK." 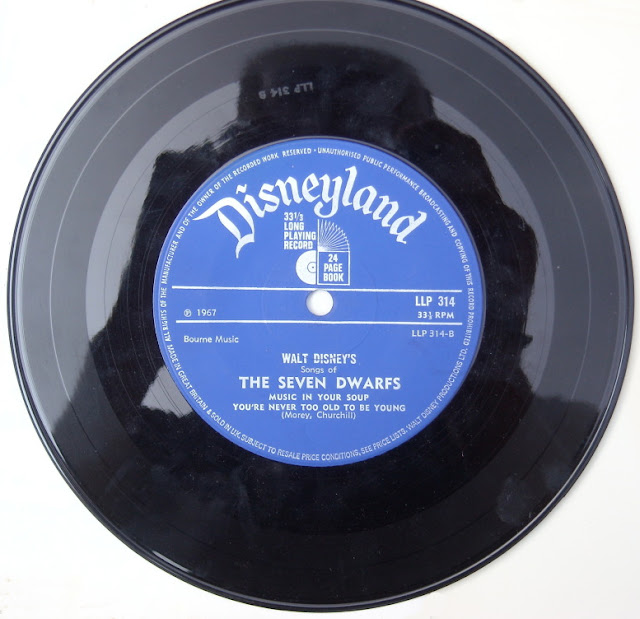 Side A is also dated 1968 because the track was re-recorded. As with the French version (next post), the UK story is narrated by a native speaker, this one being Disneyland Story Reader Jean Aubrey. 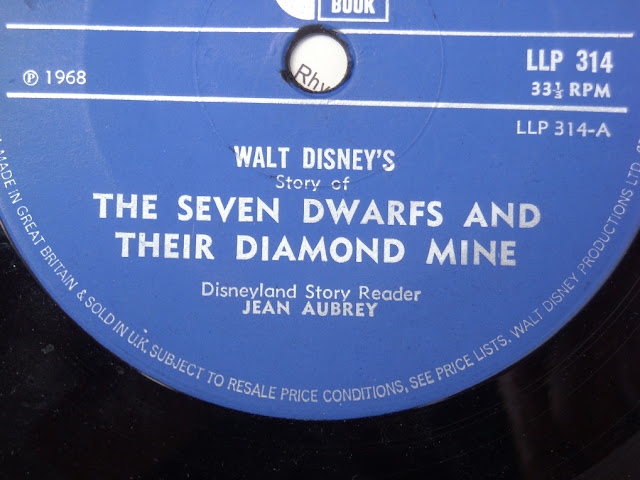 Two songs deleted from the original film are found on Side B. It is copyrighted 1967 because it wasn't changed from the US version. 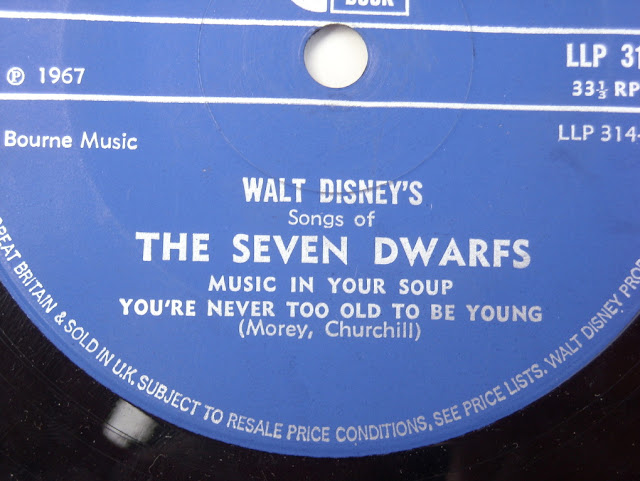