The seventy five year anniversary of Snow White and the Seven Dwarfs occurred in 2012. The Disney Company did not do a whole lot to celebrate the occasion--at least in comparison to the festivities for the fiftieth in 1987. Still, there were several "75th" commemorative items produced. This Evil Queen watch is said to be one of them. Made available by Disney Theme Park Merchandise, it was offered for sale exclusively to guests at the US parks.

The original release was a limited edition of 500. Made of zinc alloy. Dimensions 2.75" x 1.35". It came in a hinged black gift box with a Snow White logo that featured the red poison apple with gold silhouettes of the princess and witch. 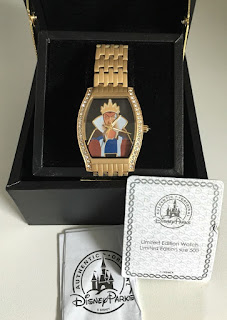 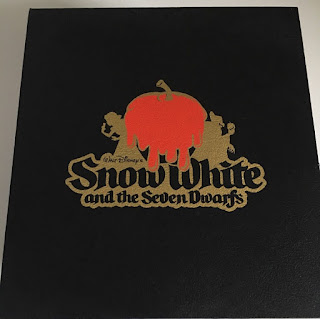 The watch is still available in the park gift shops. The stock images below come from Walt Disney World's "Shop Disney Parks" app. The gift box now sports a raised apple emblem on the lid. Retail $175. In-store purchase only. 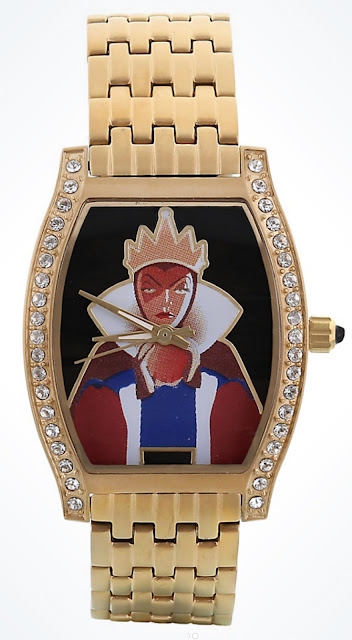 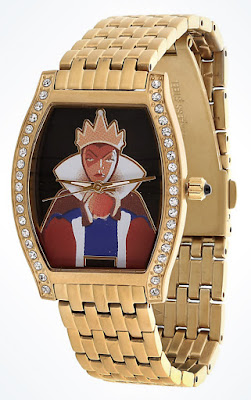 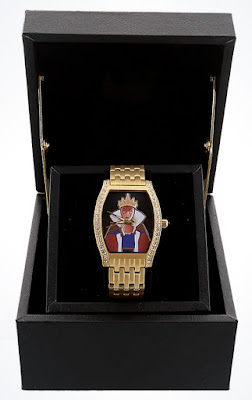 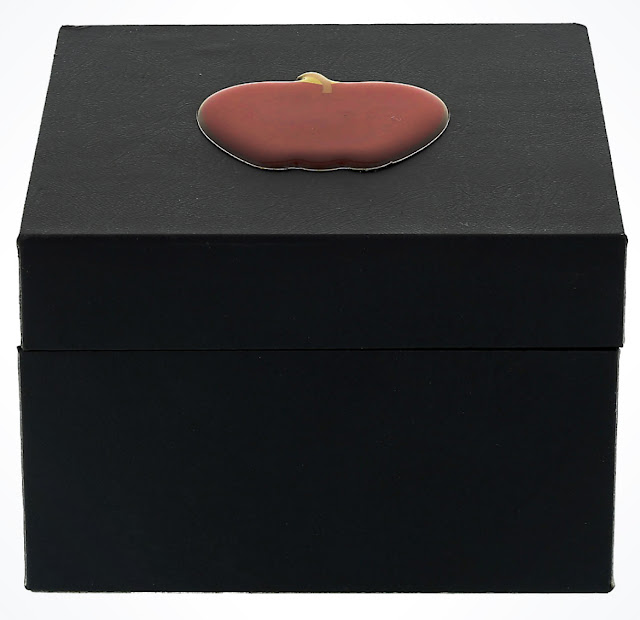