In the previous Archive entry, we saw the US-released Mickey Mouse Club record no. DBR 78. It featured the Mouseketeers singing four songs from Snow White. The same recording was published in England on the Gala Disneyland Record label. Catalog no. GWD 702. Format: extended play 45 rpm, 7" vinyl. Black and silver labels with silver lettering. The front cover artwork and design are identical to US version except for the addition of the Gala logo. 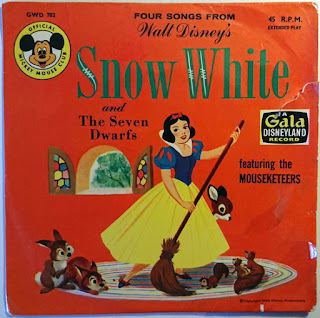 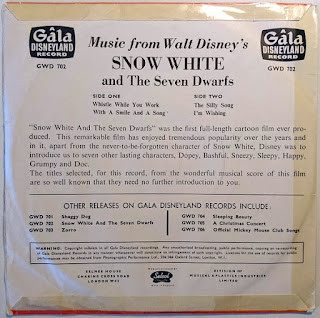 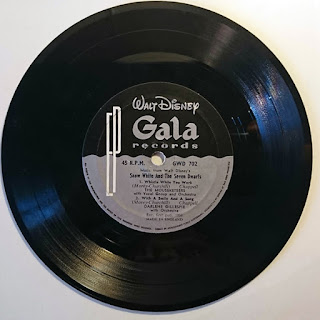 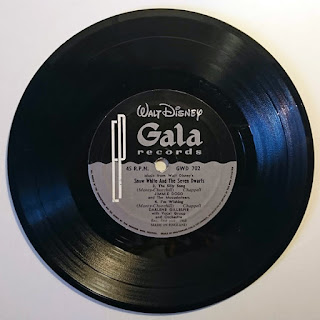 All images via discogs.com.


Here's a related, yet somewhat odd release on His Master's Voice label (Disneyland Series). No. 7EG 8826. The front cover artwork is the same, including the text about the "Four Songs" and "featuring the Mouseketeers".

However, the audio tracks are not those from the Mickey Mouse Club but instead feature Adriana Castelotti and original 1938 cast from the movie. In addition, there are actually six songs on this record even though they tried to pass them off as only four. Back in the day, Disney had been known to on occasion use up old record album stock before printing new covers. Maybe that was the case here. 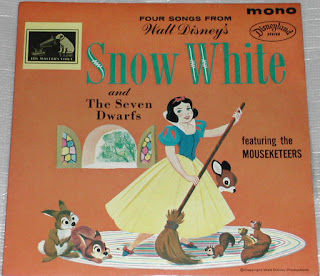 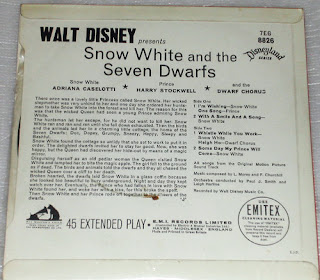 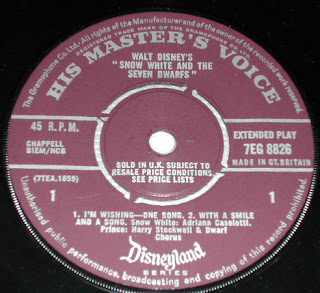 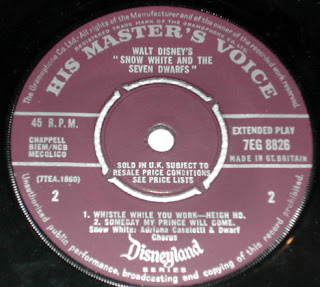 Another printing of the same record. Green vinyl. Black labels with white lettering. 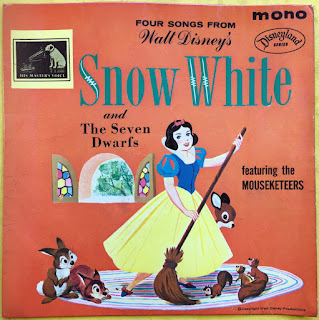 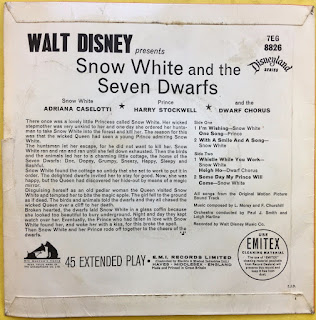 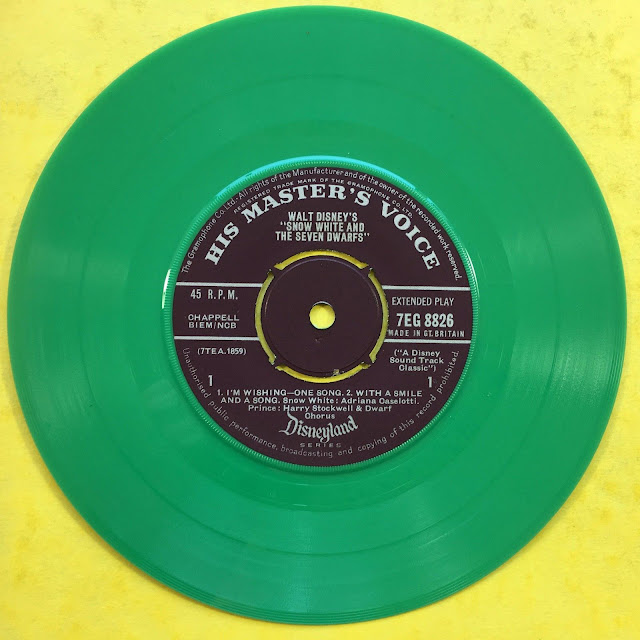