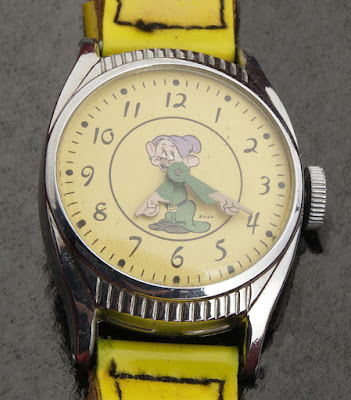 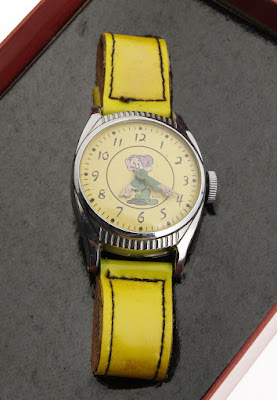 The other characters featured in the series are pictured on the lid of the original box. 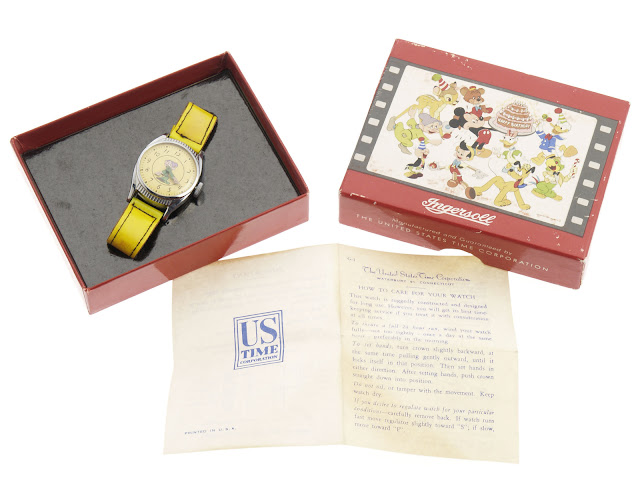 
A store display showing all of the watches in the collection. Original retail price $6.95 each. 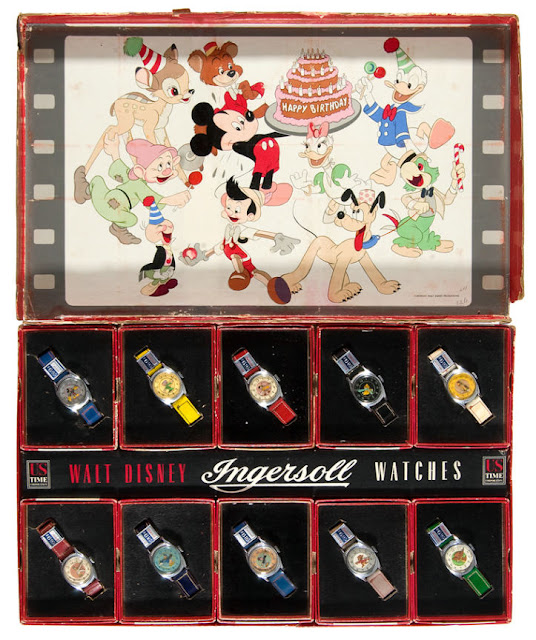 
About a decade later, circa 1958, a watch was released that featured only the Snow White name, with no character images. It was part of a series that also included Cinderella, Alice, Mickey Mouse, and Donald Duck. 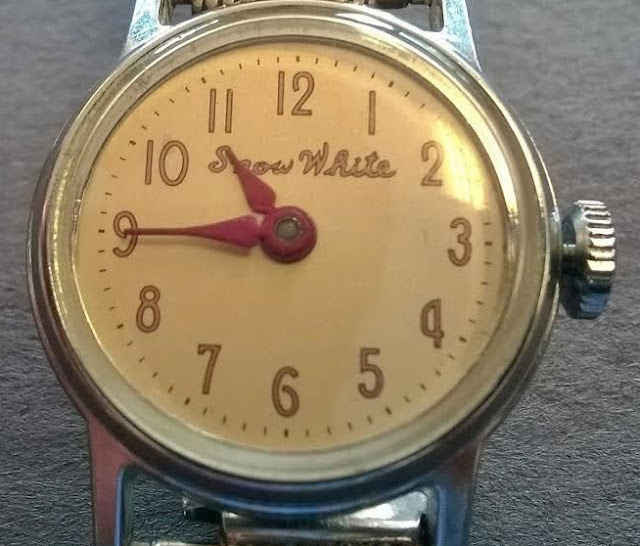 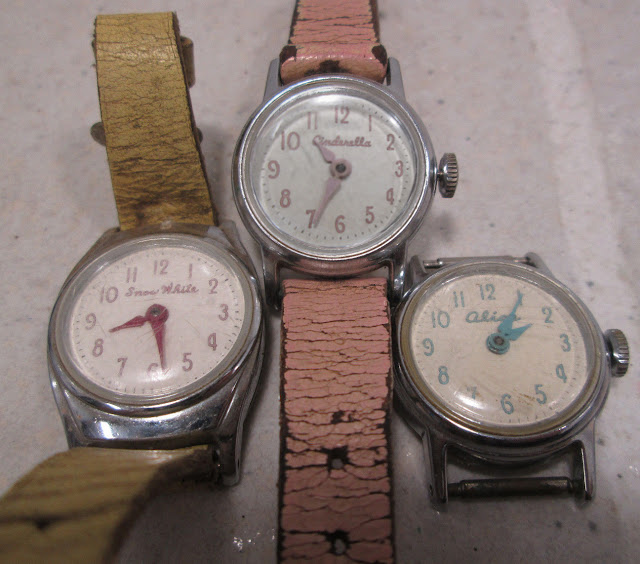 The watch was sold boxed with a Snow White figurine display, approximately 5" tall. Two versions of the statue were available--one was made from glazed ceramic and later releases were molded plastic. The ceramic figures are seen in these pages from a 1960 Bingham catalog and a 1962-63 Gift Book Co. catalog. Original retail price $6.95. See these ceramic figures in a future post. 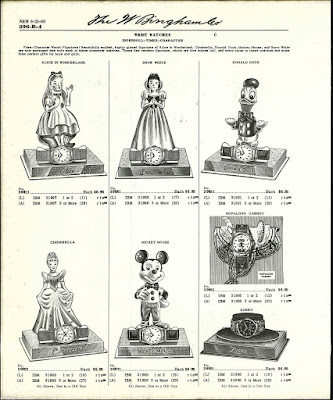 And here they are pictured with a couple store displays. 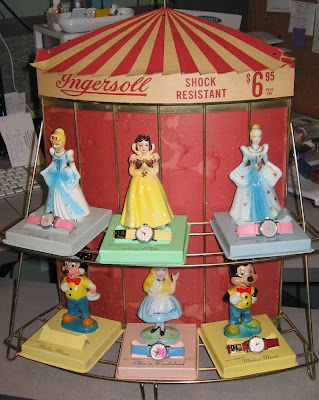 All catalog pages via gdawg. Second display image via pezdudewelch. 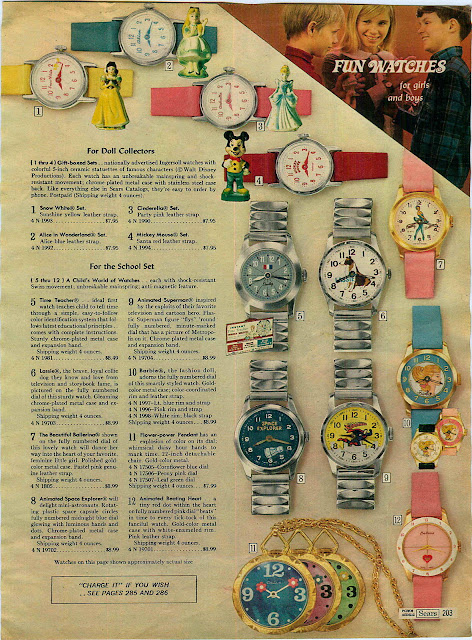 A second wristwatch with a Snow White figurine display was also issued. An image of both Dopey and Snow White shared the watch face. Approximately 1" in diameter. "Walt Disney Production." 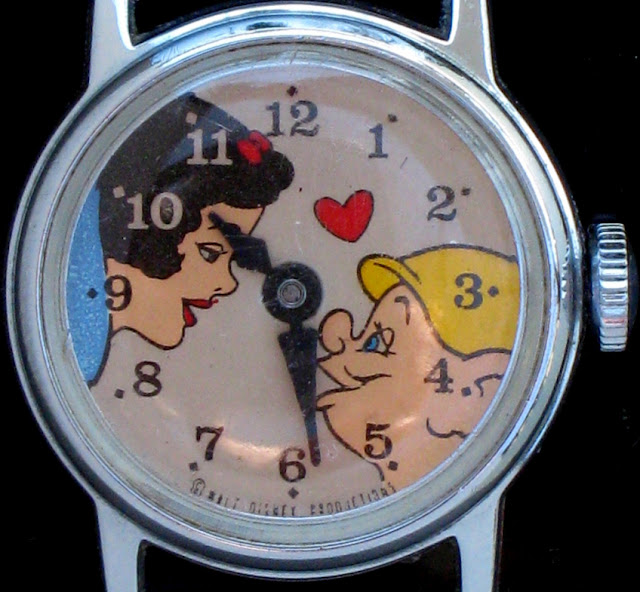 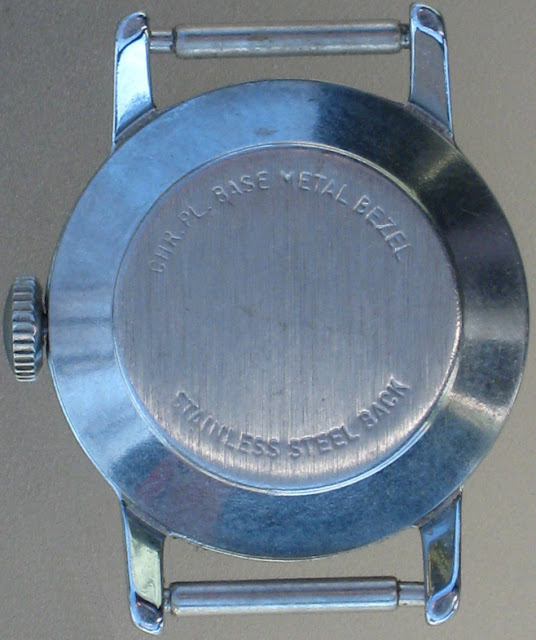 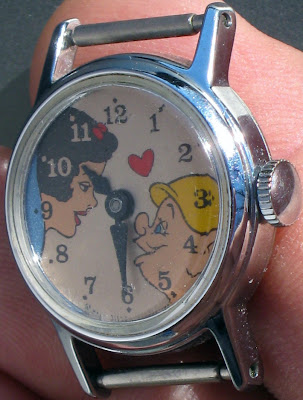 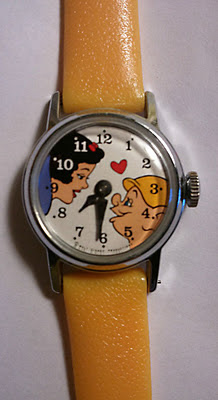 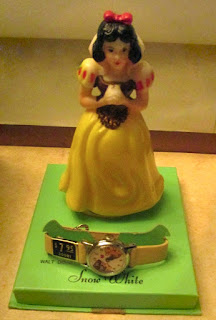 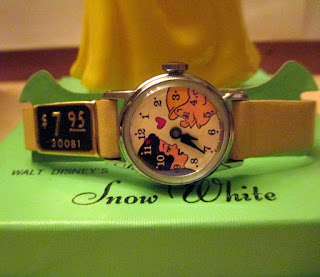 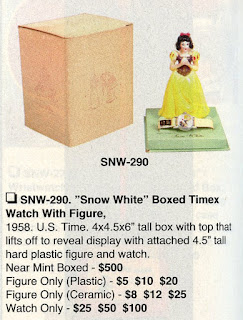 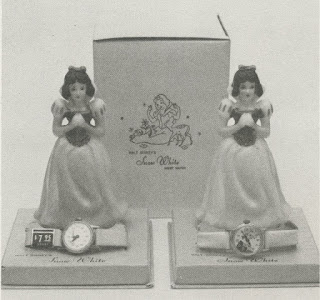 The original packaging featured a different graphic design on each side panel. It also came with an outer paperboard protective cover. 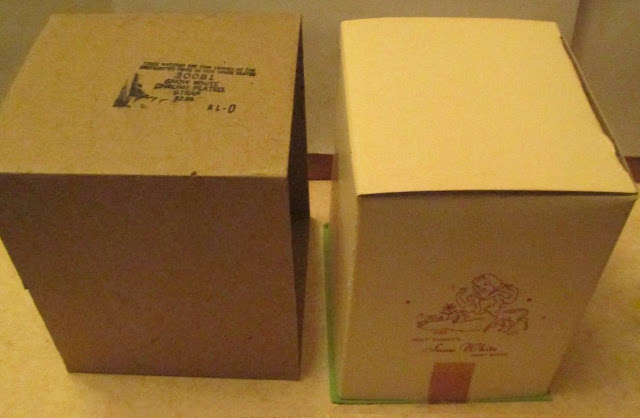 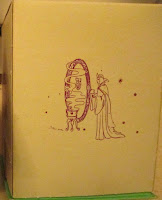 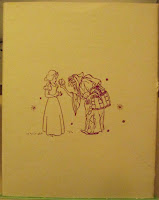