This series of postcards was issued in Finland probably during the Continuation War with the Soviet Union (1941-44). The dwarfs are dressed in military uniforms and the text references support for the war effort. It's possible the cards were used as premiums to aid in the campaign. Not licensed by Disney. It's likely there were eight cards total in the series if Snow White was included. So far we've come across five of them. 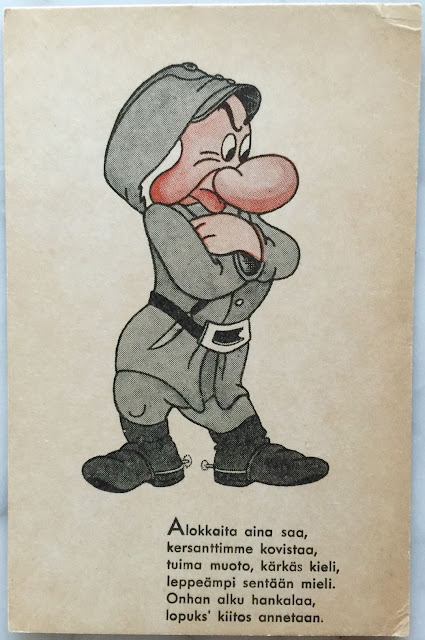 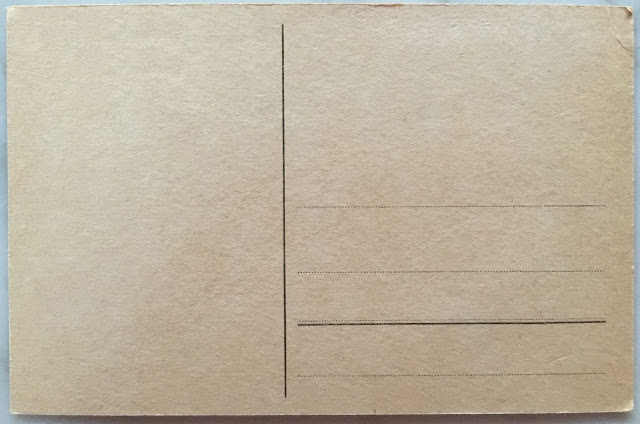 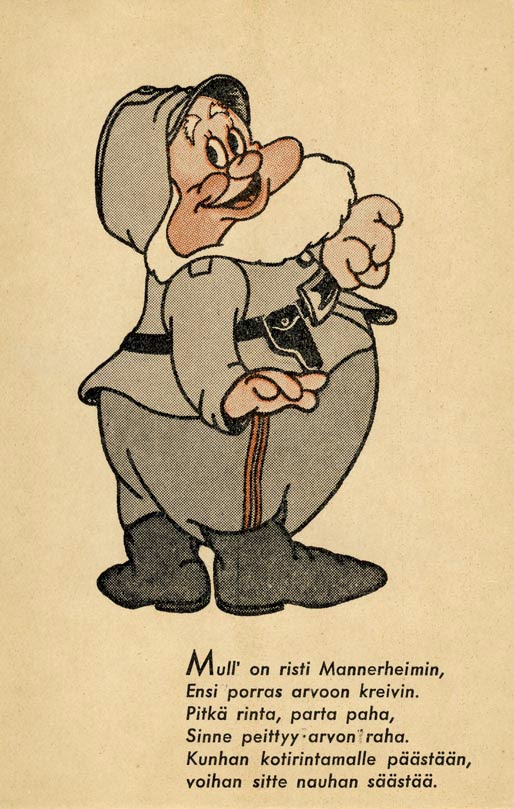 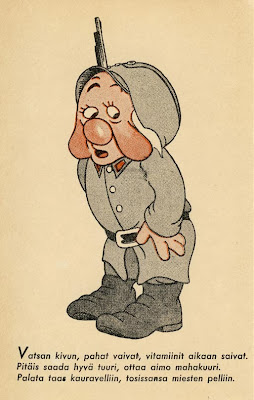 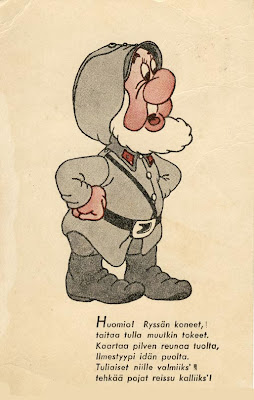 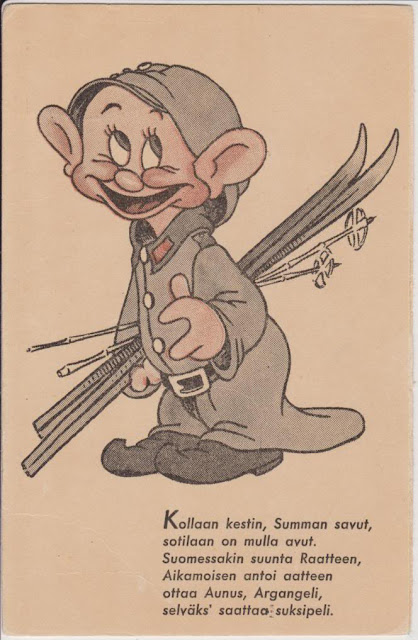 Special thanks to blog reader, Kata, for sharing her Vilkas (Dopey) card with us.
Posted by Snow White Archive at 12:01 AM