In August of 2002, a "Sweet Kisses" 2003 calendar framed pin set was released by Disney Store Japan. The limited edition 12-piece collection was sold for 5000 yen. Snow White and Dopey are featured on the May calendar pin. 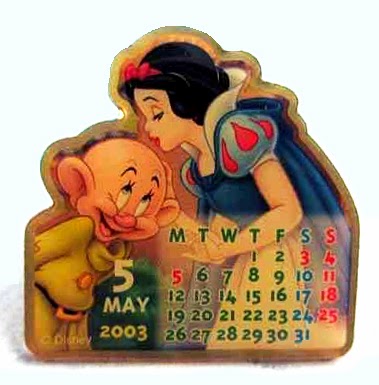 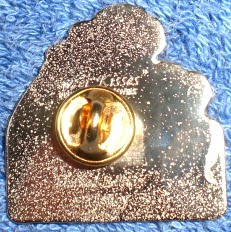 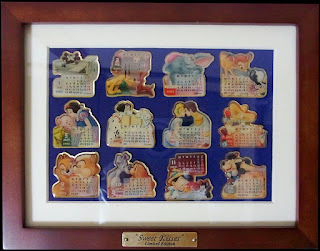 This same Snow White "Sweet Kisses" artwork (sans the calendar) is also found on a couple of other Disney pins from Japan.


In September of 2002, another 2003 calendar pin collection was issued, this time through the Mickey & Pals Stores in Japan. The 12-piece framed set was a limited edition of 2000. Snow White and the Seven Dwarfs are featured on the September calendar pin. 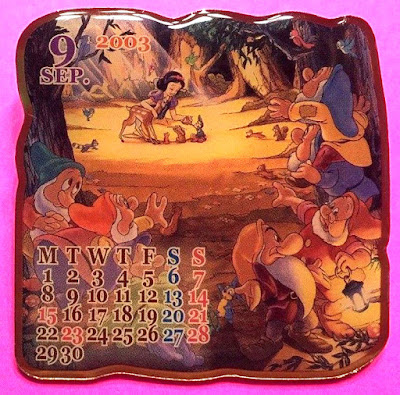 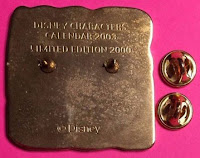