The Snow White charm bracelet sold exclusively by Cartier of New York, Paris, and London. Fashioned from 14k gold and enamel, it features the princess and all seven dwarfs. This bracelet was worn by Lilian Disney at the movie's 1937 Carthay Circle Theatre premiere and is pictured on page 240 of J.B. Kaufman's book, The Fairest One of All: The Making of Walt Disney's Snow White and the Seven Dwarfs. 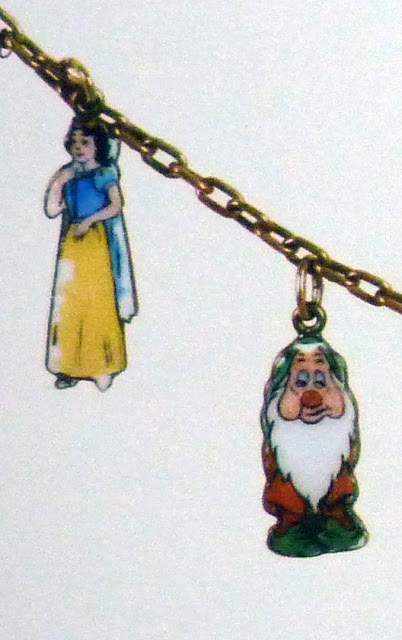 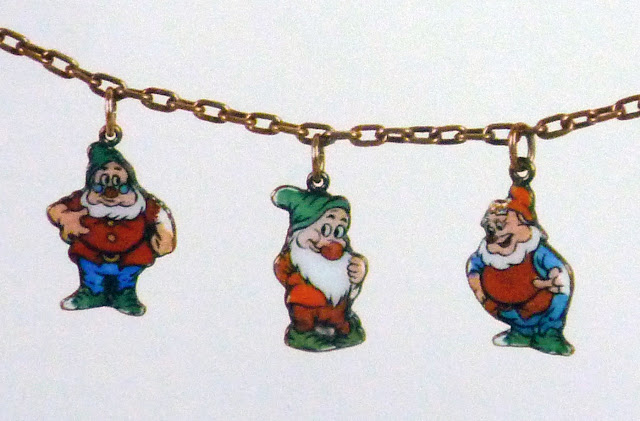 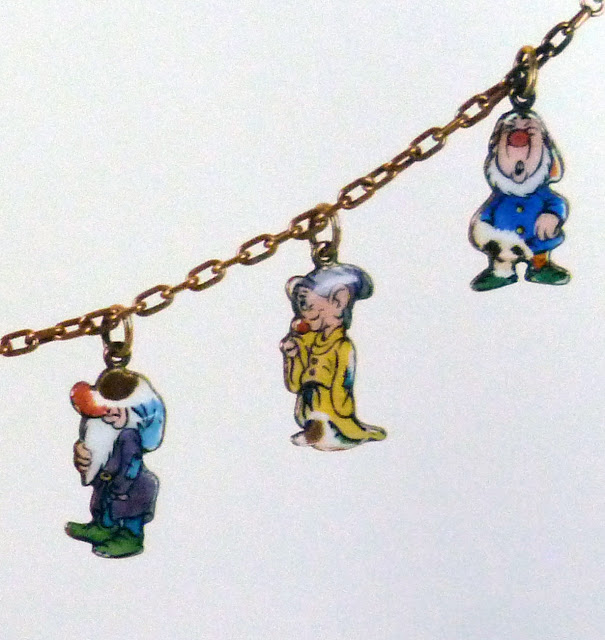 The bracelet was advertised in the 1937 Carthay Circle Theatre program. Retail price $100. 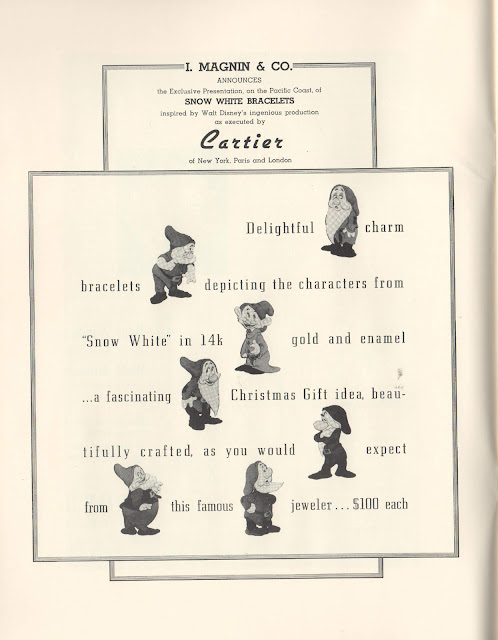 The 1938 Radio City Music Hall program in New York City. And the Marignan program in Paris. 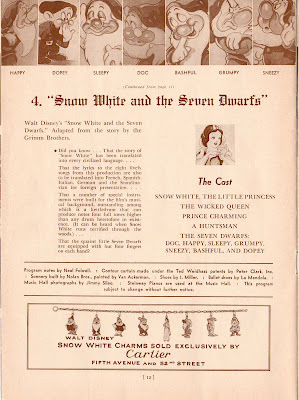 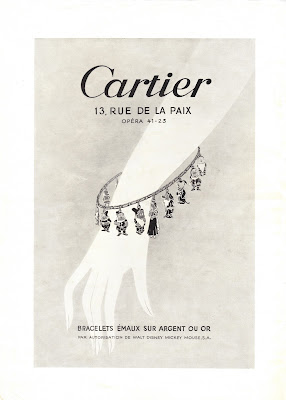 Lilian's bracelet on display at the Walt Disney Family Museum. 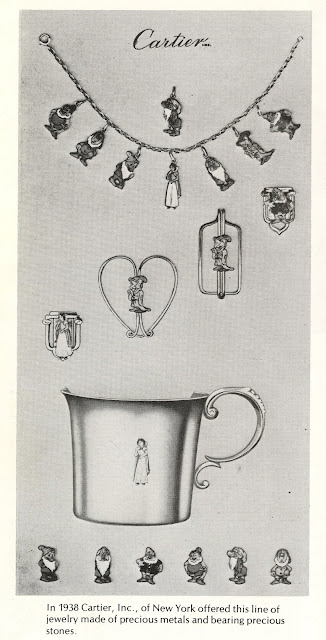